IT WASN’T exactly what Sir Alex Ferguson meant when he coined the phrase ‘squeaky bum time’ — but there will be plenty of them around right now.

For managers everywhere this is a horrible few days, waiting nervously in case the phone rings while desperately hoping it doesn’t. 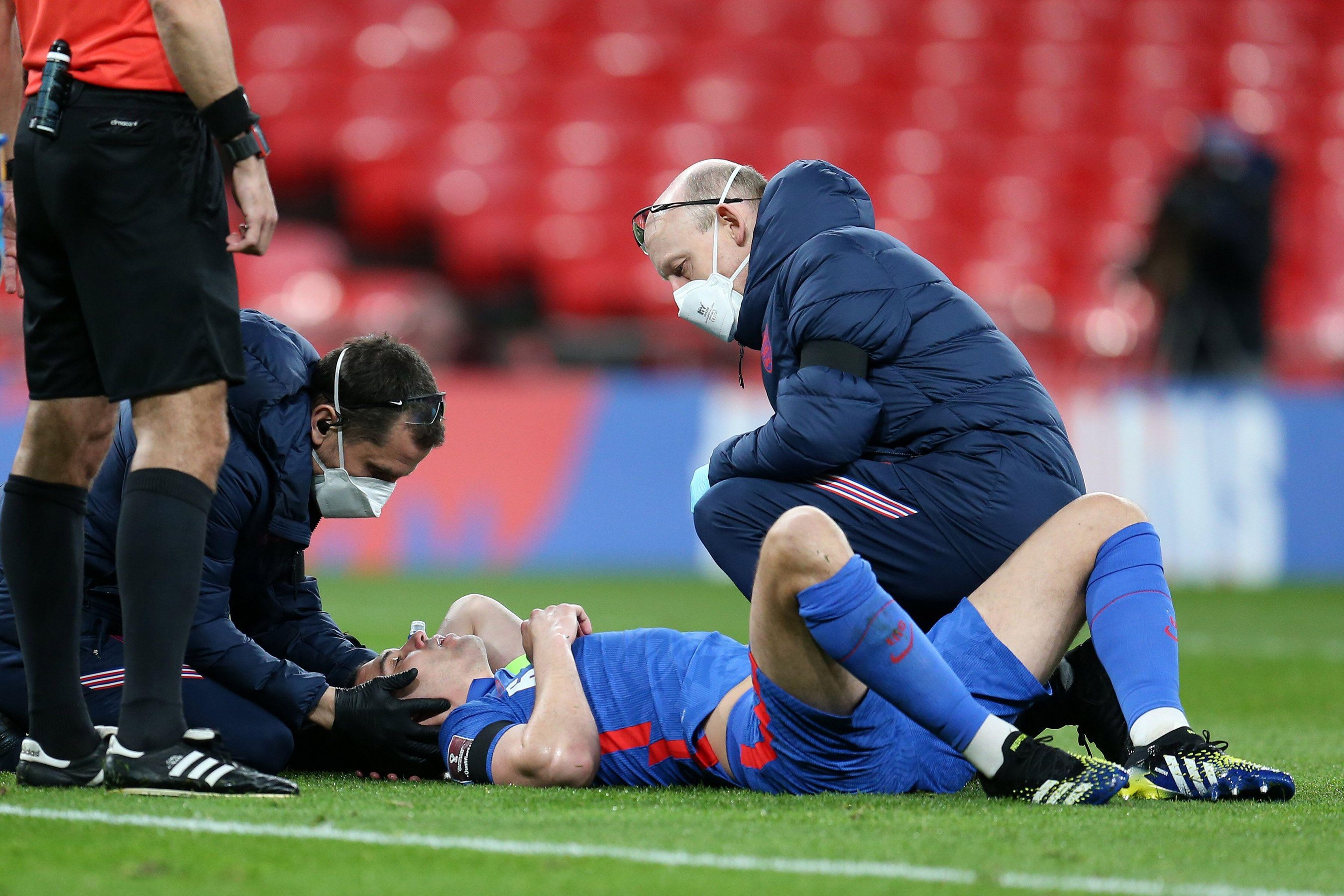 Every manager’s worst nightmare is seeing a player get an injury on international dutyCredit: Alamy

I know full well how they’ll all be feeling. I went through it myself often enough, when you get the call to say so and so has done an ankle or a hamstring and is out for a month.

As a club boss it’s a hazard of the job, praying your players come back from the international break in one piece.

And at this stage of the season — especially this year, with such a crammed schedule — losing any player to injury for three or four weeks would mean missing about half-a-dozen games.

If, say, Harry Kane picked up a knock that would be a disaster for Spurs.

It could be the difference between making the top four or not and could eventually cost millions.

Then you’d have the ones going beyond Europe, to South America or whoever and not reappearing until the Friday because they’d “had problems getting back”.

It’s bad enough when they’re competitive qualifiers but playing the likes of San Marino, as England did on Thursday, are a complete waste of time.

No disrespect to their lads but if their national team played over here, they wouldn’t get out of League Two. 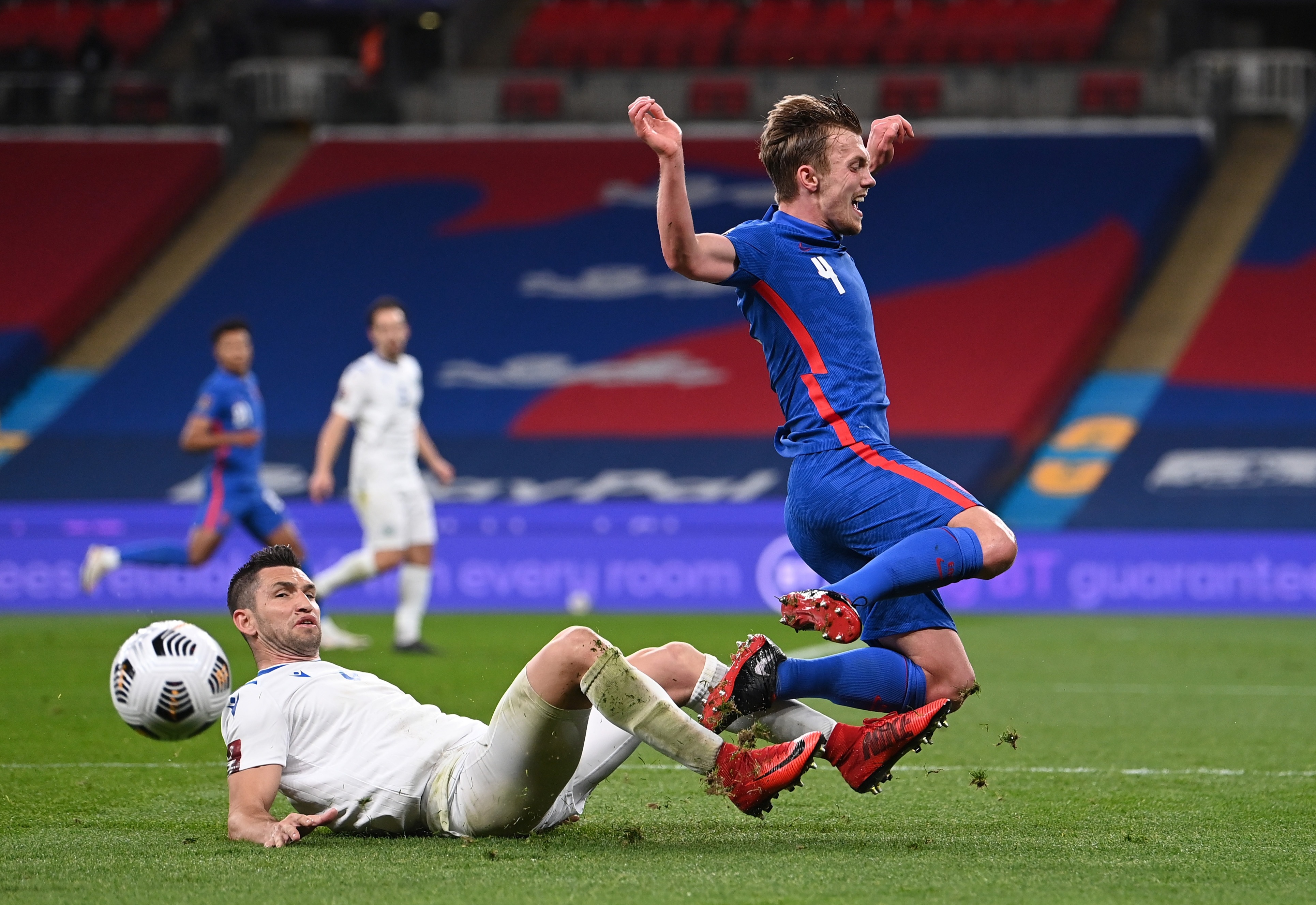 James Ward-Prowse is on the receiving end of a crunching tackleCredit: Getty 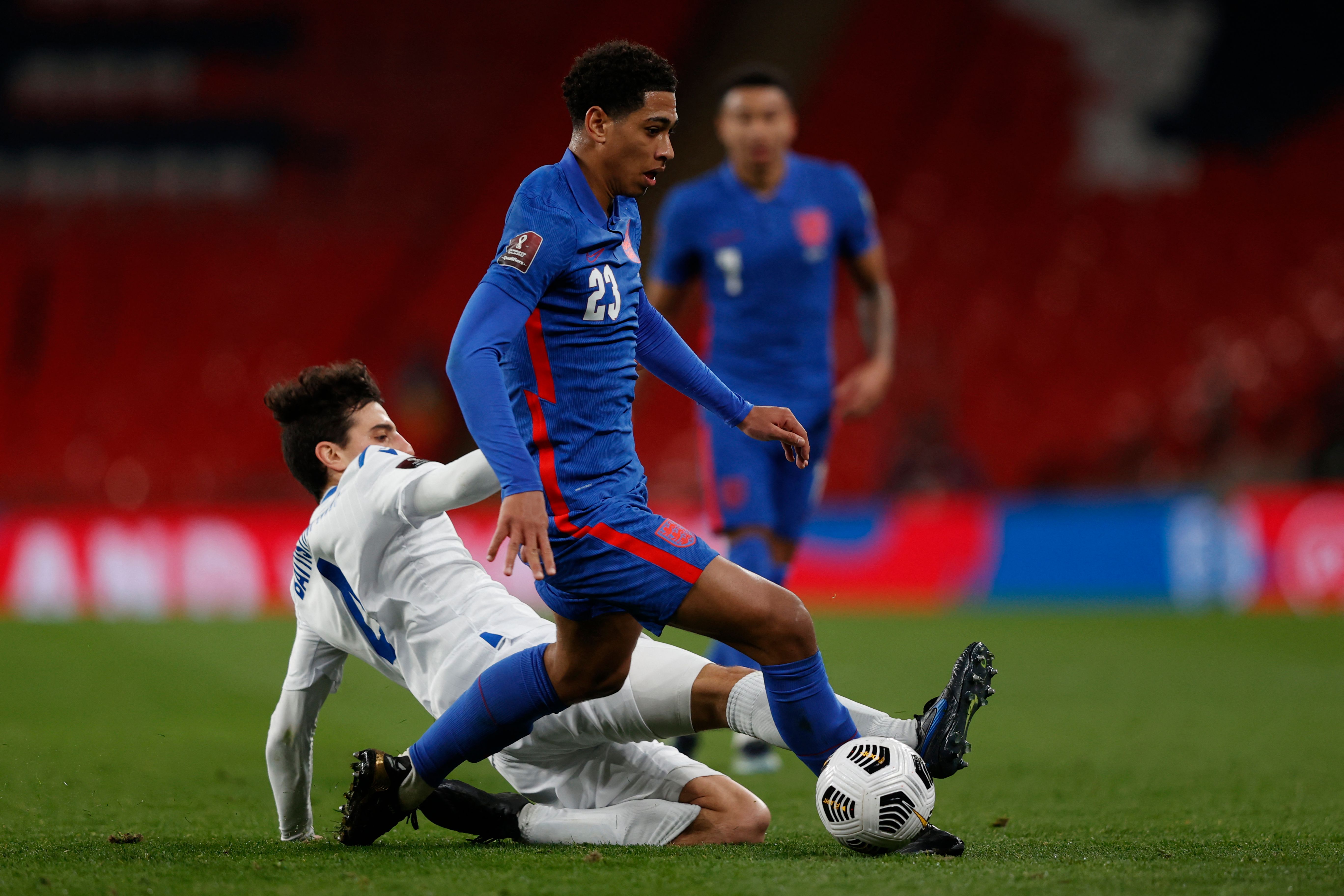 It’s like a pre-season game, when the Premier League team faces the local part-timers.

It’s purely about how many you’ll score, not the result.

When we were filming the last series of Harry’s Heroes, we went to San Marino and although it sounds quite exotic, there’s nothing there. They’ve scored two goals in four years and their World Cup was actually winning a corner on Thursday, never mind anything else.

There’s just no way the likes of San Marino and Co should be in a qualifying group with England, Spain, Germany etc.

These tiny nations should have their own tournament when the winner has the chance to play the big guns.

OK, they’d still get a pasting but their reward would be having the opportunity to actually be on the same pitch.

People will say these games are a chance to learn, to see how players like Ollie Watkins cope with international level.

In reality, it tells you nothing. Gareth Southgate knows the bulk of his team and his squad now and it’s great to see the likes of John Stones, Luke Shaw and Jesse Lingard back in. 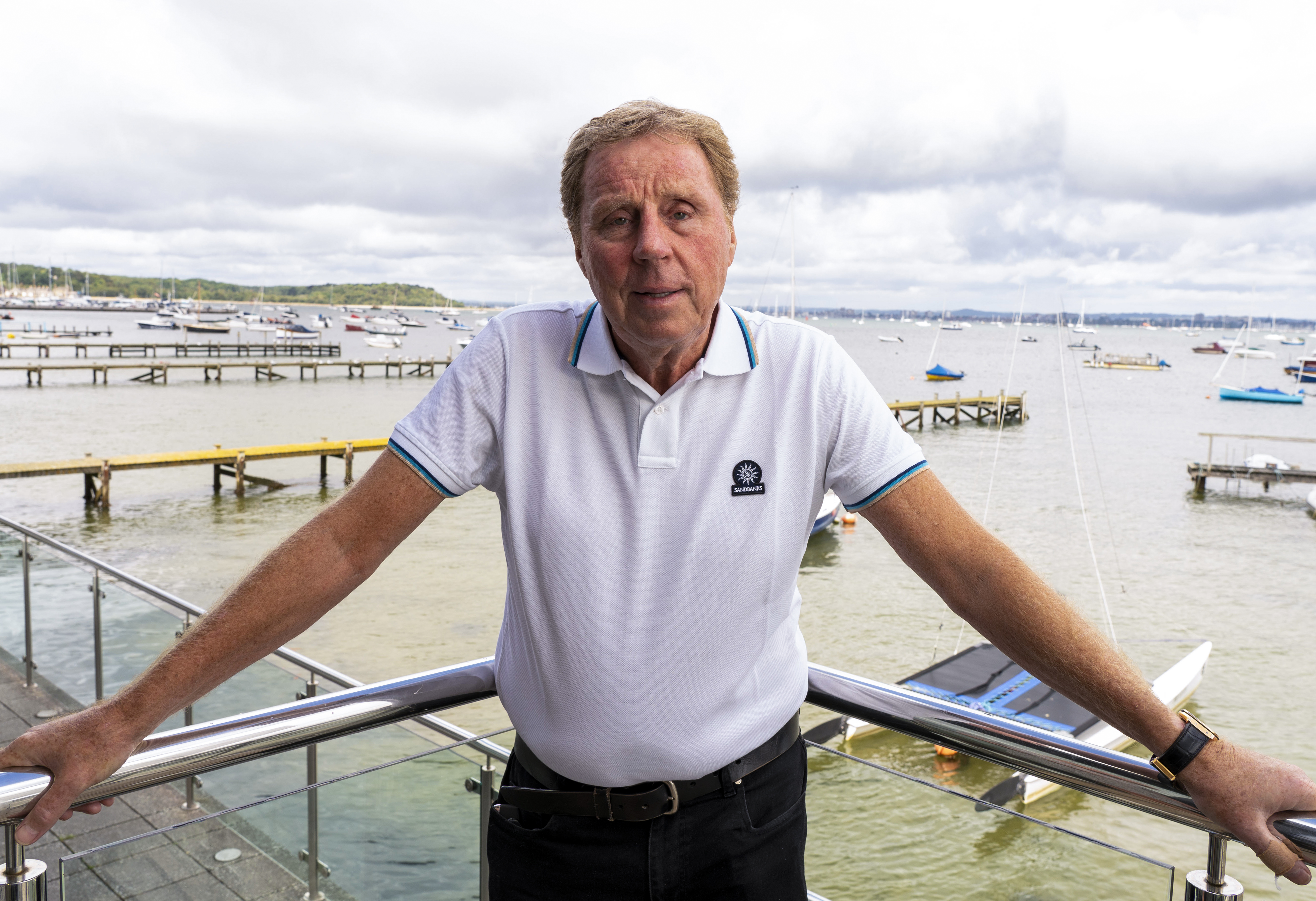 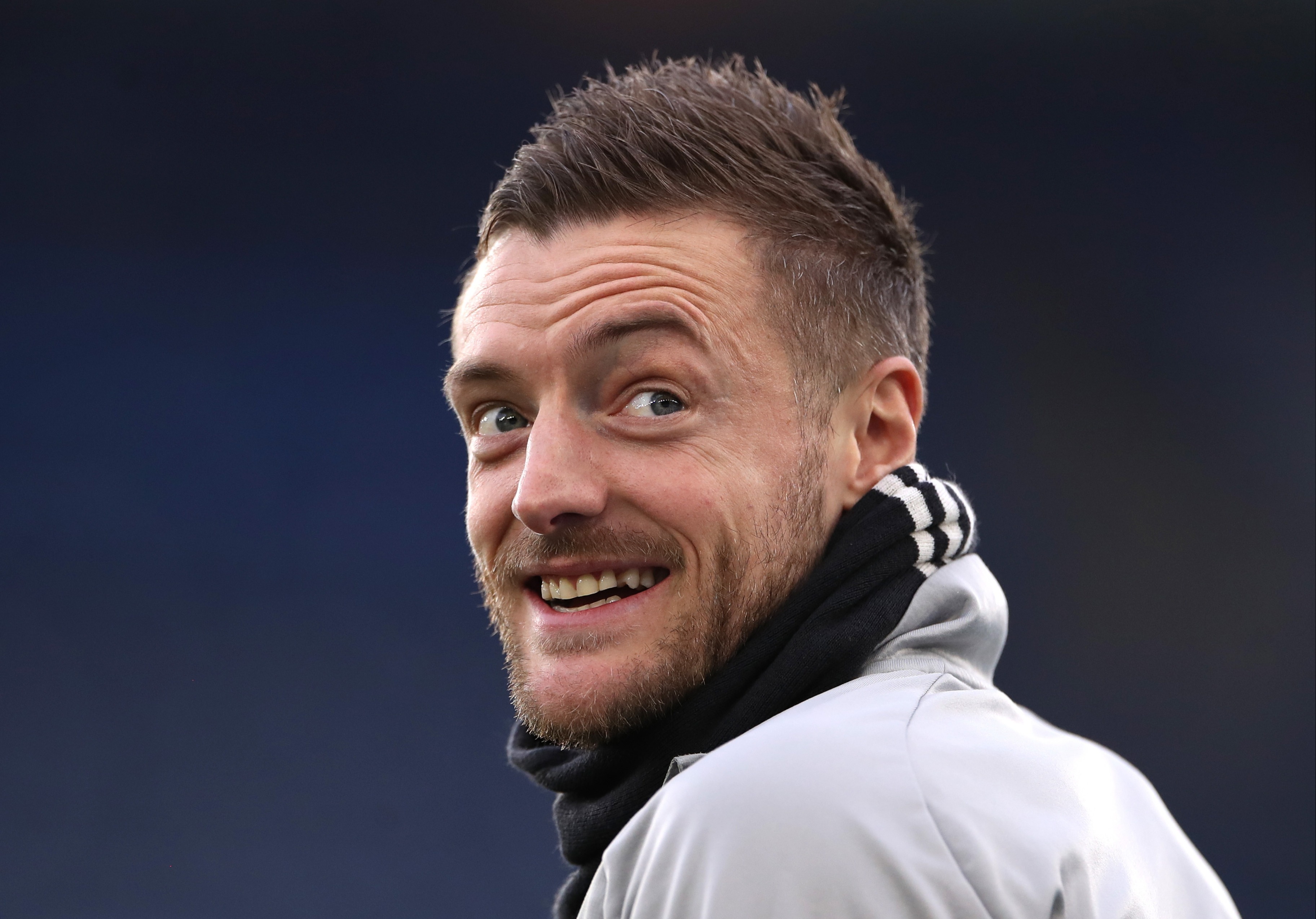 Having said that, the one I think England will really miss is Jamie Vardy.

What a shame he’s no longer around because he’d be great to come on and scare teams at the death.

But Jamie decided to call it a day internationally.

A lot of these lads could do with a break, rather than training all week and playing San Marino and Albania.

I remember when I was Portsmouth manager and we’d play sides who’d maybe had nine away on international duty that week and you’d be more than happy.

But I’ve seen the other side of it as well, when the training ground is like a ghost town for a week or more.

At Pompey, the biggest problem was the African Nations, when we would lose players for up to eight weeks.

Don’t tell me players are all desperate to play in them, either — at Spurs I had some coming up and saying ‘Gaffer, please get me out of it’.

That happened more than once, so don’t believe all you hear about what it means to play for your country.

No one loves watching football more than me but it’s got to be a proper game, not one which could end in double figures.

For me, the best match this weekend was Oxford v Lincoln, two teams going for promotion from League One, in a proper game.

Certainly not ones where you’re likely to need another hand to keep score.

IRISH WIN BY A DISTANCE

I DIDN’T budge from my chair in front of the box last week, watching the Irish mop up virtually every big race at the Cheltenham Festival.

Fortunately, I escaped without any serious damage to the wallet but it did show just how much better the horses are on the other side of the Irish Sea compared to the British ones.

When a trainer of the calibre of Paul Nicholls ends the Festival without a single winner, it tells you just how good the likes of Willie Mullins and Henry De Bromhead are.

Alan Carr was hosting and I won’t blow it by telling you how we did.

But we were raising money for the Dorset Children’s Foundation, so if anyone wants to chuck in a few quid, it would be much appreciated.

Caribou announces the reissue of a trio of his early albums