ROMELU LUKAKU’S move to Chelsea has not gone down well with Inter Milan fans.

The Nerazzurri faithful have defaced a second mural of the £97.5million man near San Siro as Inter fans react to his departure. 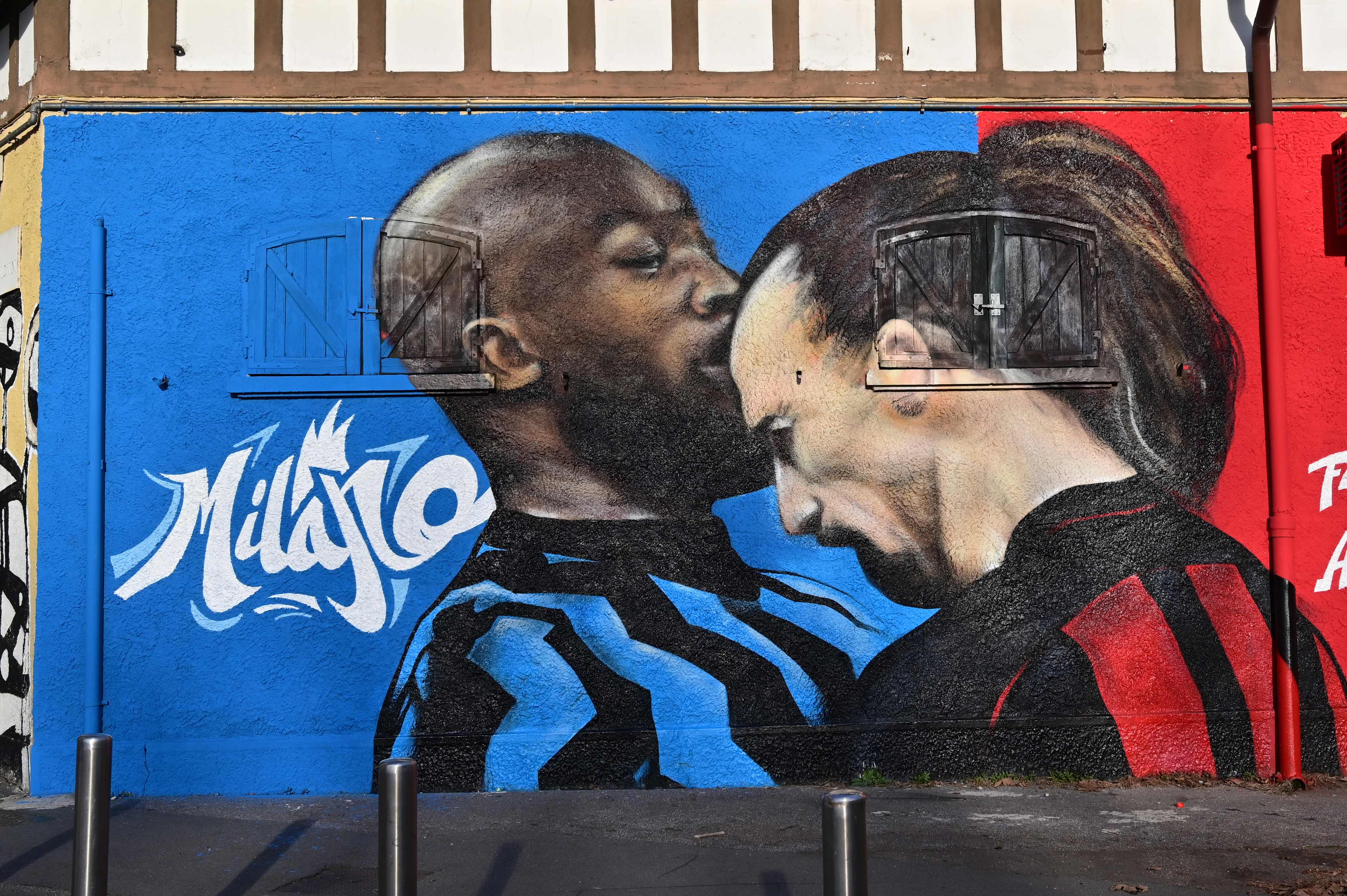 The original image looked like this before it was defacedCredit: AFP

The latest defaced image shows scribbles across Lukaku’s face, and underneath the words “sell-out traitor” are written in Italian.

Meanwhile Ibrahimovic, also a former Inter player, has not had any damage done to his image.

It follows a first mural being defaced last week with black paint and a banner being unfurled that accused the Belgian of ‘breaking their balls’.

Despite the latest act from the Inter fans, Lukaku still took to Twitter to post a heartfelt message thanking everyone at the club for the two years he spent in Milan.

The end part of his statement said: “I hope you guys understand my decision to move to Chelsea. It’s the chance of a lifetime for me and I think at this time of my career it is a chance that I have always dreamed of.

“One thing is for sure and that is that I will always remain a Interista, because without you I wouldn’t be the player or man I am today. Thank you from the bottom of my heart.”

It’s safe to say the fans don’t understand the 28-year-olds decision to move back to Stamford Bridge.

That’s despite the Belgian striker helping the Nerazzurri to a first Serie A title in ELEVEN years last season, ending Juventus’ run of nine consecutive Scudettos.

His transfer came almost two years to the day since he arrived in Milan for a £66million fee from Manchester United.

In that time he played 95 times for the Serie A side, scoring 64 goals and notching 16 assists.

He becomes the second most expensive Premier League player of all time, just behind the £100million paid by Manchester City for Jack Grealish.

And Lukaku arrives at Stamford Bridge with the aim of righting the wrongs from his first spell with the Blues.

The 94-cap Belgium man played 15 times for Chelsea in a three year spell that included two loans to West Brom and Everton – where he failed to score a goal in a Blues shirt.

But Lukaku said a return to Chelsea was impossible to turn down, and this time he will be the talisman for Thomas Tuchel’s side.

He brings guaranteed goals after the Blues’ top scorer last season was Jorginho with seven, all of which came from the penalty spot.

The 28-year-old is expected to make his second Chelsea debut at the Emirates on Sunday as Chelsea travel to Arsenal on Matchday Two of the Premier League.

Chelsea officially announce that Romelu Lukaku has returned to the club on £97.5million five-year deal