WHEN you have an estimated wealth of around £4.3billion, you aren’t going to skimp on boys’ toys.

And billionaire Spurs owner Joe Lewis is testament to that fact – owning an astonishing £113million superyacht which measures 321-feet long. 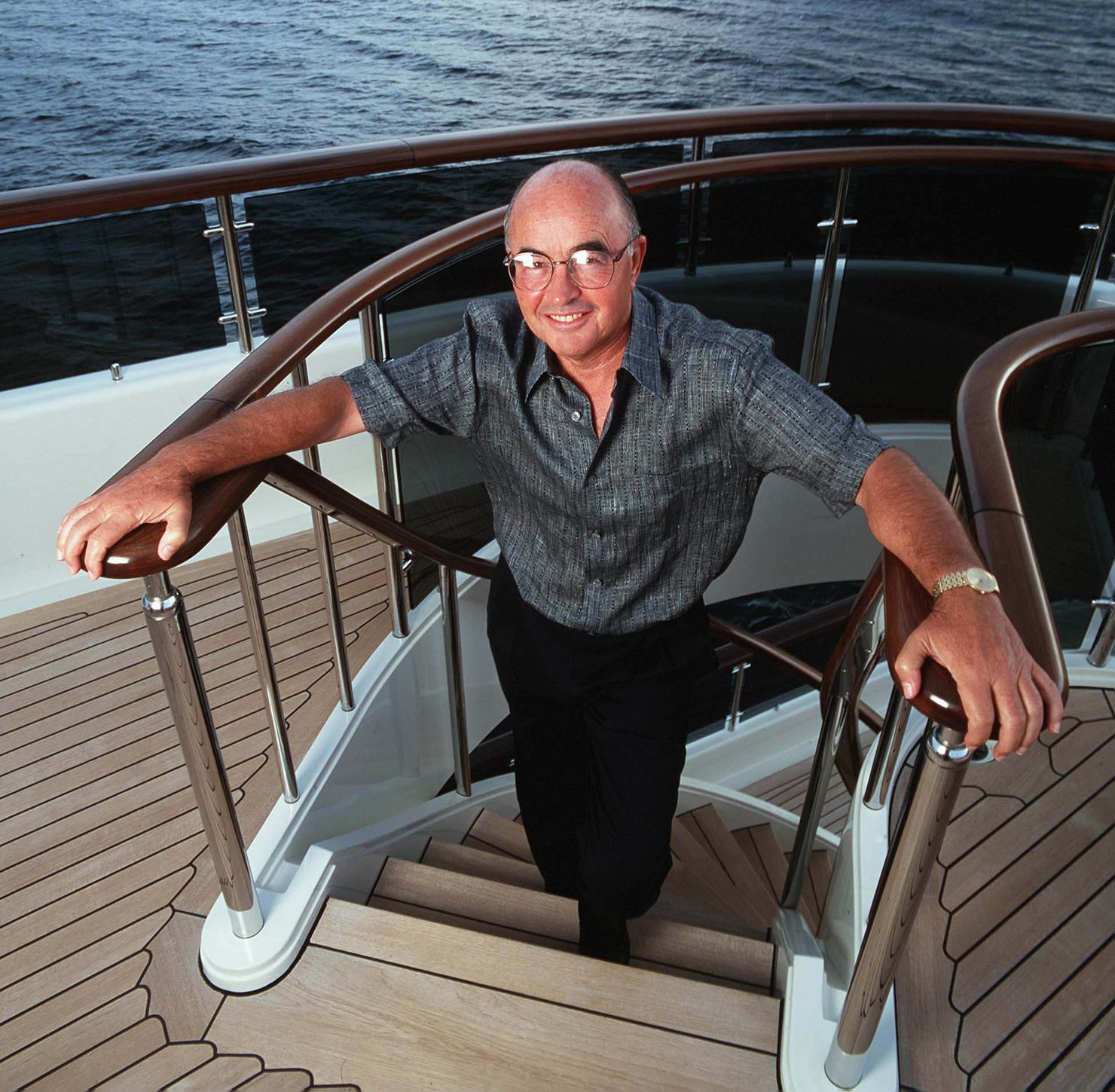 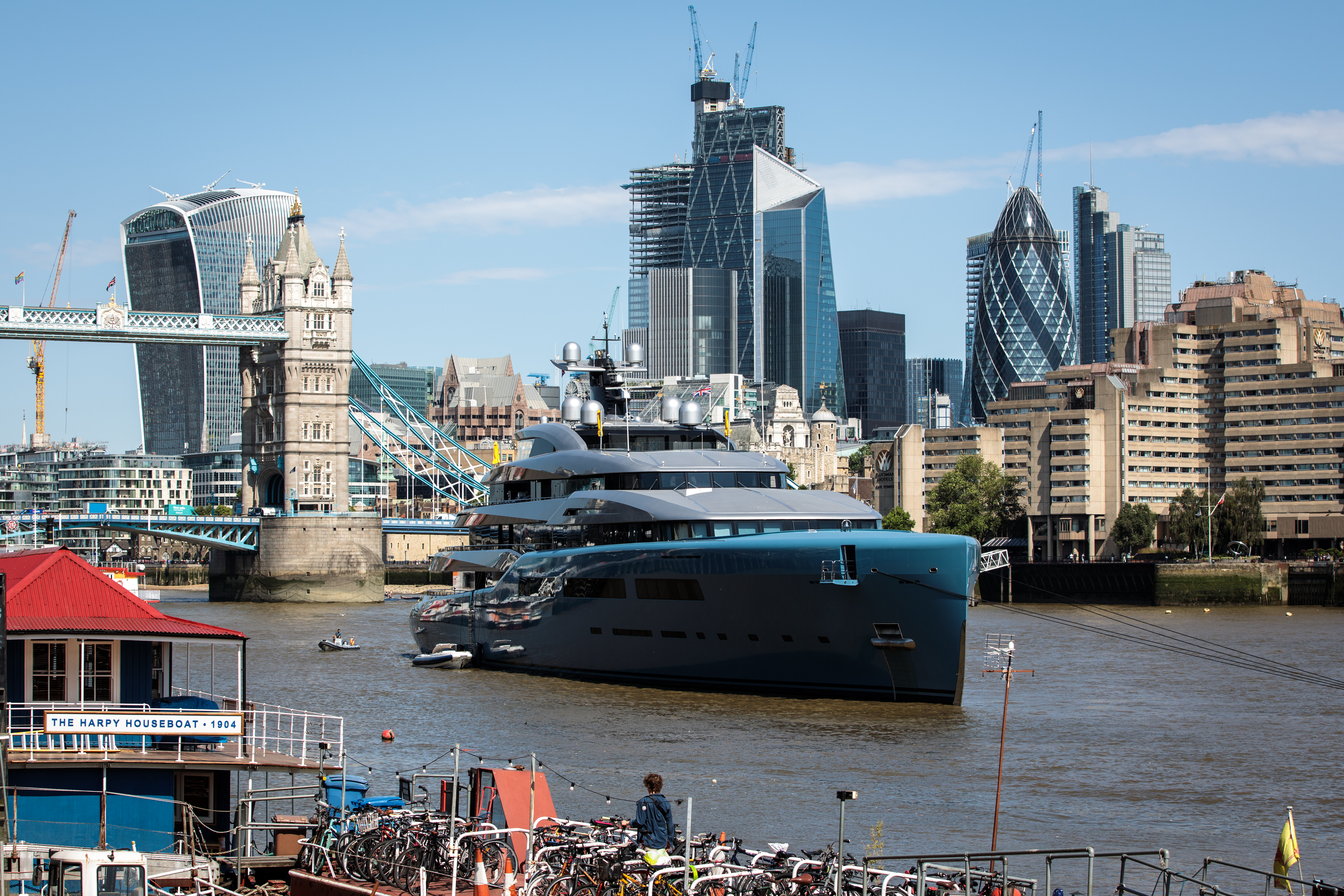 The Aviva, once seen on the River Thames in 2018, is 321-feet longCredit: Getty Images – Getty

The East End-born businessman is believed to live on board the Aviva, once spotted docked on the Thames, which has been referred to as his mobile office.

Better still, it has everything an 83-year-old would need in terms of amenities, including the very first full-size indoor tennis court ever installed on a yacht.

Join SunSport for a tour.

With fans banned from Wimbledon last year because of the coronavirus pandemic, Lewis did not need to worry about getting his tennis fix.

After all, he has an incredible tennis court built into the Aviva – the first of its kind – that he and his guests can play on.

And it’s not just for tennis, as the yacht’s designer Reymond Langton explained.

“It is not only a lifestyle change for the owner but also for the crew as this is also the largest gym of any yacht,” the British design studio told Yacht Harbour. 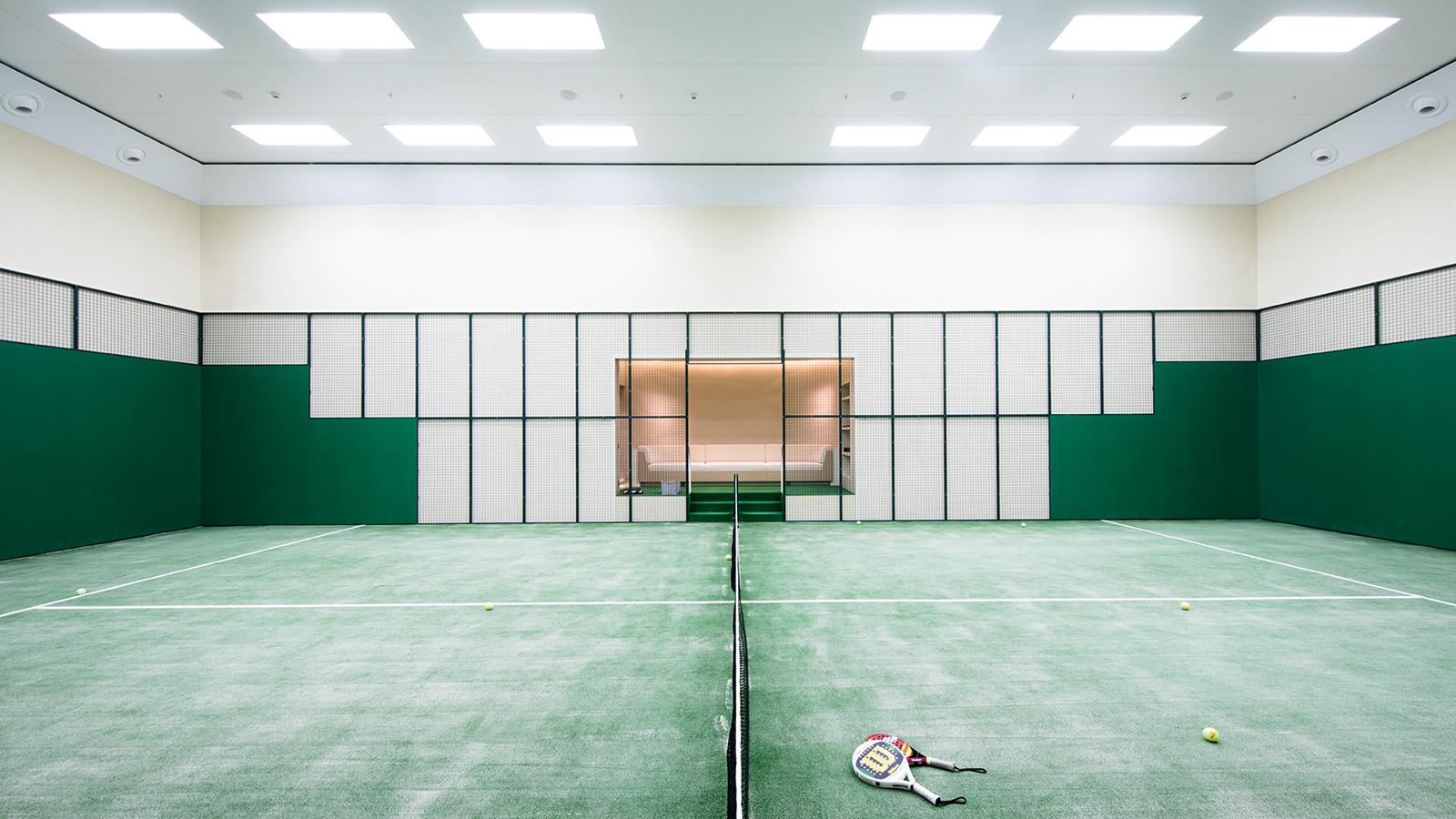 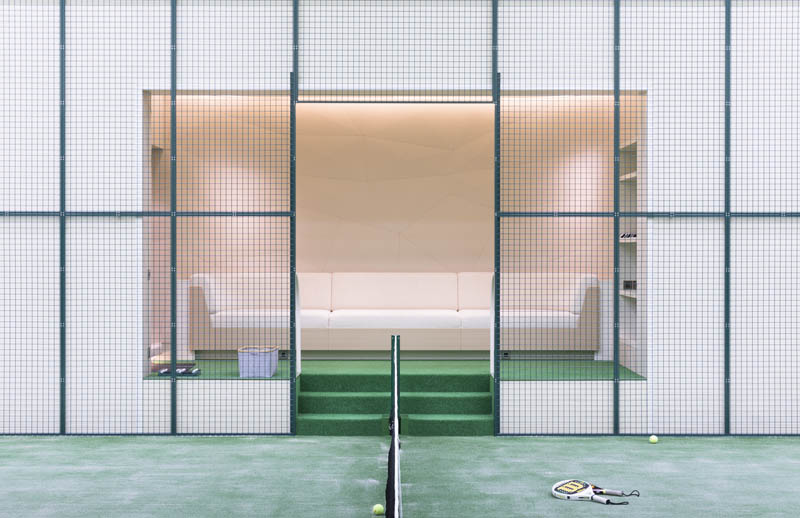 Crew on board the Aviva have been known to enjoy the tennis court found in the bottom of the boatCredit: Abeking Rasmussen

“The crew is encouraged to play with the owner and guests and when the court is not in use for padel (tennis), the net can be removed and the crew plays football and use other exercise equipment in the space.

“It is after all a sports hall.”

Lewis, who made his millions in currency trading after running several restaurants and nightclubs from the 1960s, spends most of the year on his boat.

For the Spurs boss it’s not just a place where he can enjoy a luxurious life, the Aviva is perfect for working remotely.

“Communication and information are critical to me.” Lewis said in an interview with regards to his requirements for his floating office.

“To be effective, I need reliable phones and internet, these have improved much over the past few years, but, it is too expensive, too slow and not consistently reliable.

“Aviva is more than an office; it is also my home for much of the year. So for me, it is relaxing working from home, wherever Aviva may be in the world.”

It can also be used to entertain, just as it was when he invited the Spurs team on board in 2013 during their tour of the Bahamas.

Then-skipper Michael Dawson said: “I had never met him before, so it was nice to go over there and a great experience.

“What a really nice guy. And that yacht is unreal! But he’s just a normal guy. You could chat to him about anything. He tunes into all the games, he loves it. We just sat there chatting. He made us feel so welcome over there. It was relaxed. A lot of team-bonding together.” 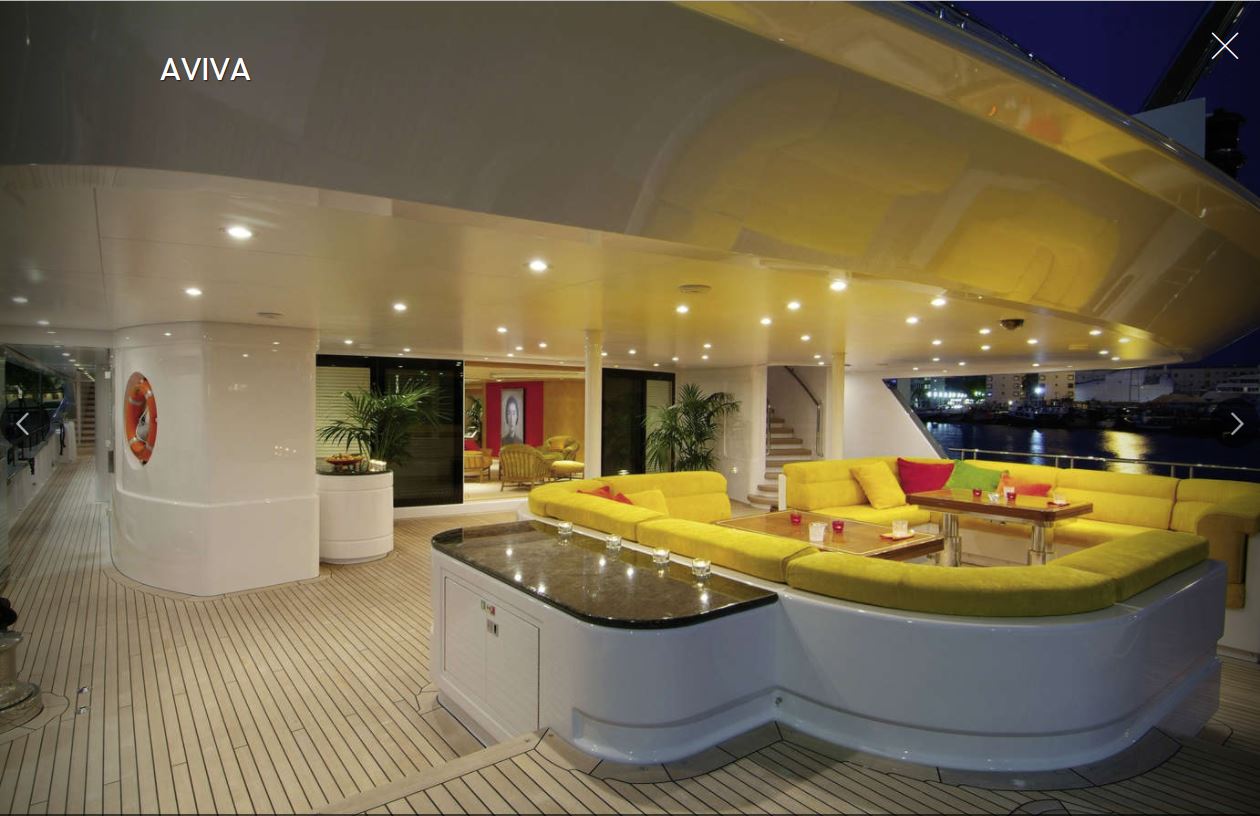 Lewis lives on the Aviva for most of the yearCredit: Abeking Rasmussen 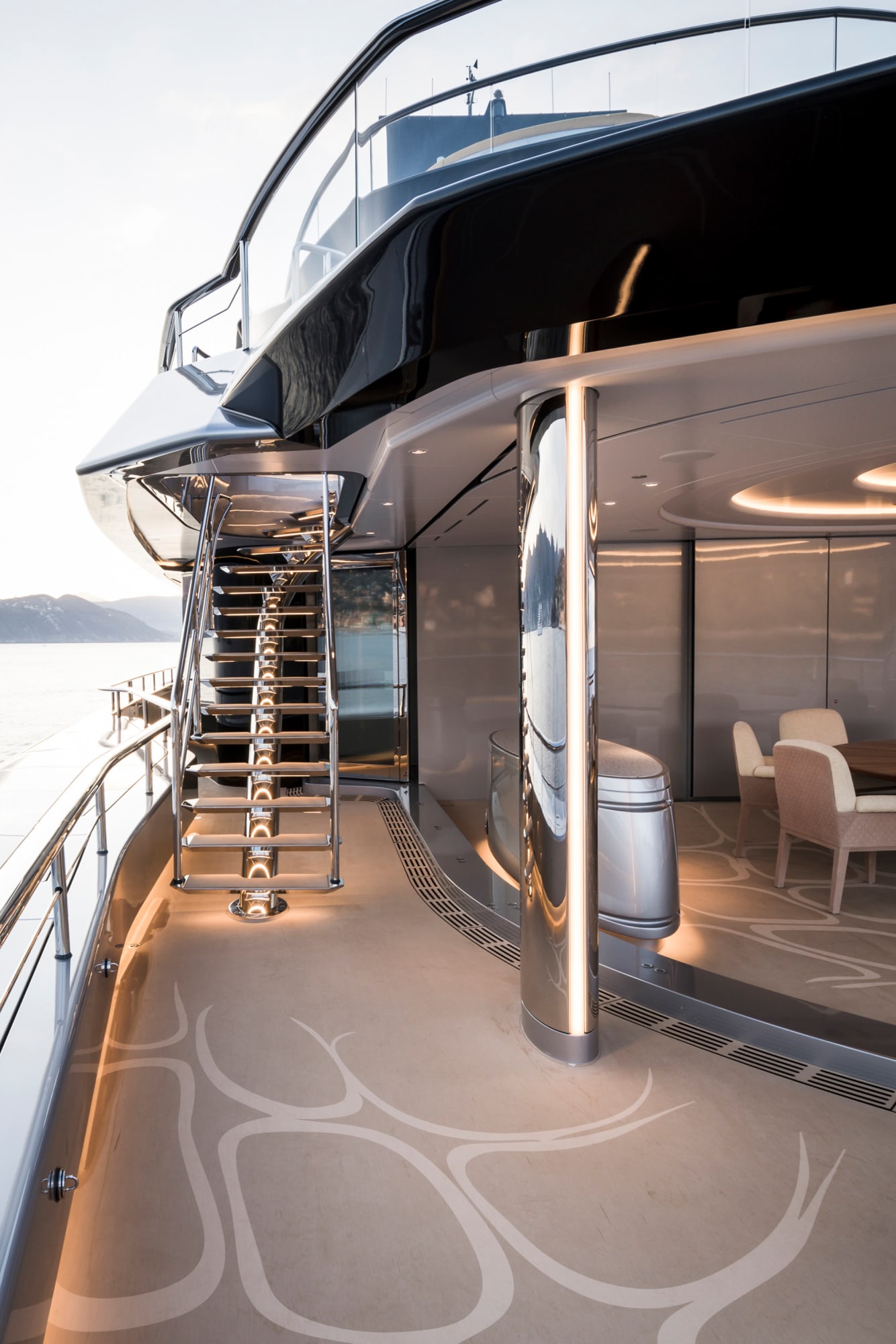 Lewis has called the Aviva his modern day office in the pastCredit: Abeking Rasmussen 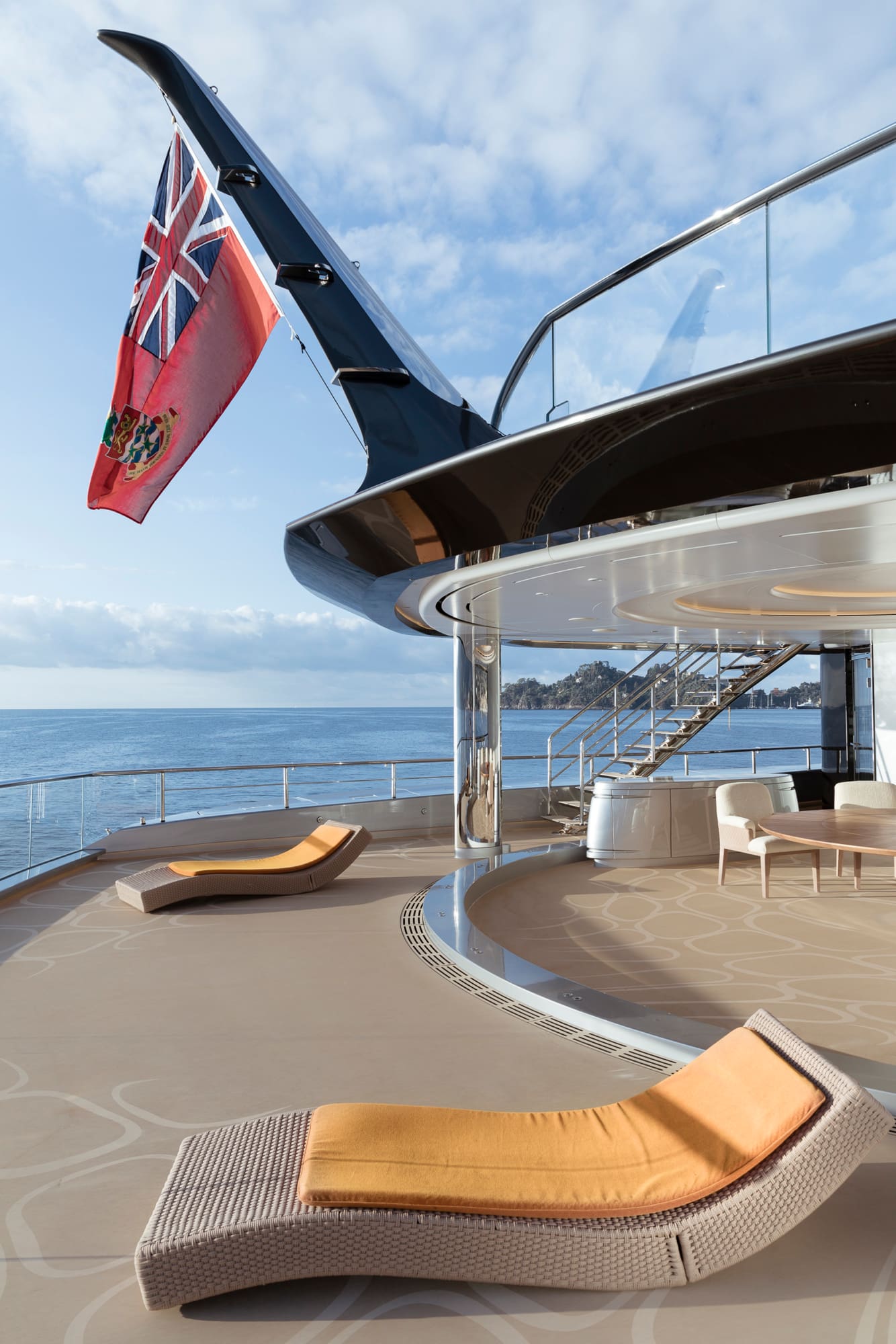 Dotted around its decks are sun loungersCredit: Abeking Rasmussen

It’s mostly in the Bahamas where Lewis – the 12th richest man in the UK – spends his days as a tax exile.

And the Aviva, which can house up to 16 guests, is fully equipped for the Caribbean lifestyle.

The exterior relaxation area features a circular set of lounging pads on the sun deck, as well as smaller lounging pads towards the yacht’s bridge.

A cool swimming platform can also open up into the sea, that means you can have your own beach area with Aviva’s tenders coming out of side doors.

Talking about boys’ toys, the superyacht even has a speedboat and jet skis on board. 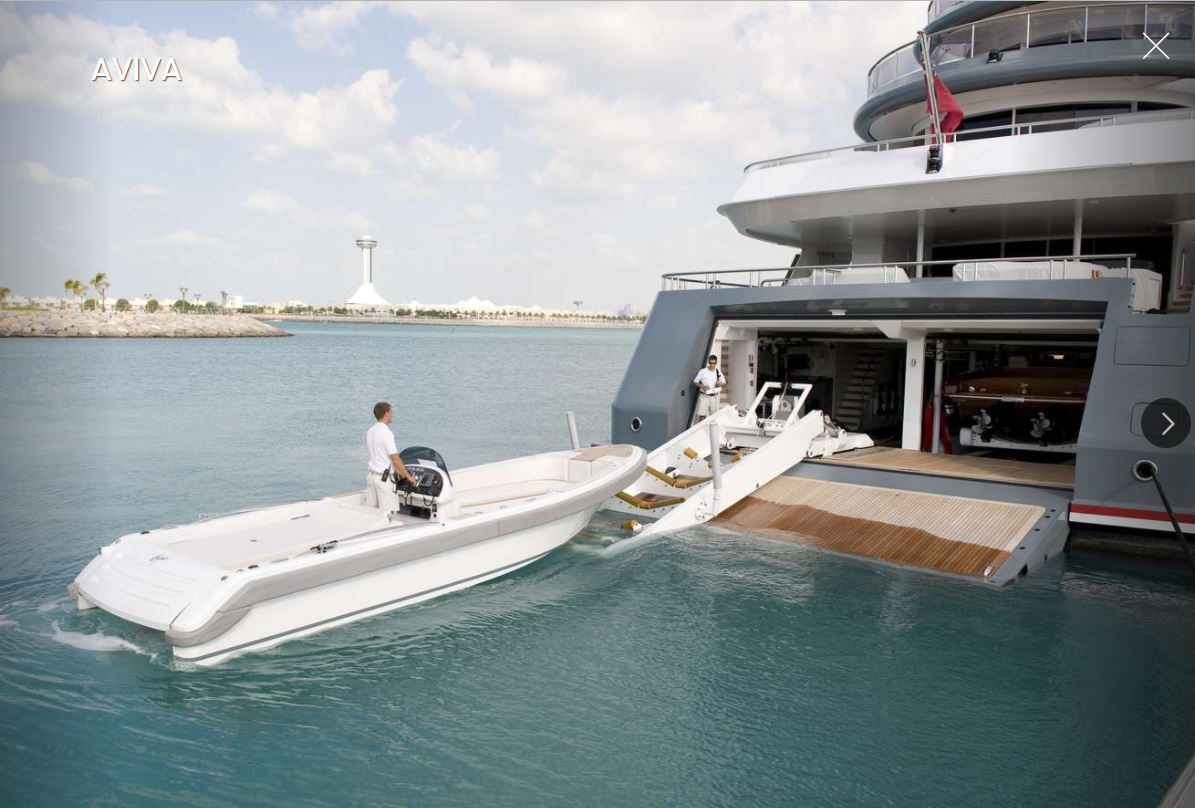 The Aviva is Bahamas-ready, has its own speedboat and a swimming platform opens up into the seaCredit: Abeking Rasmussen 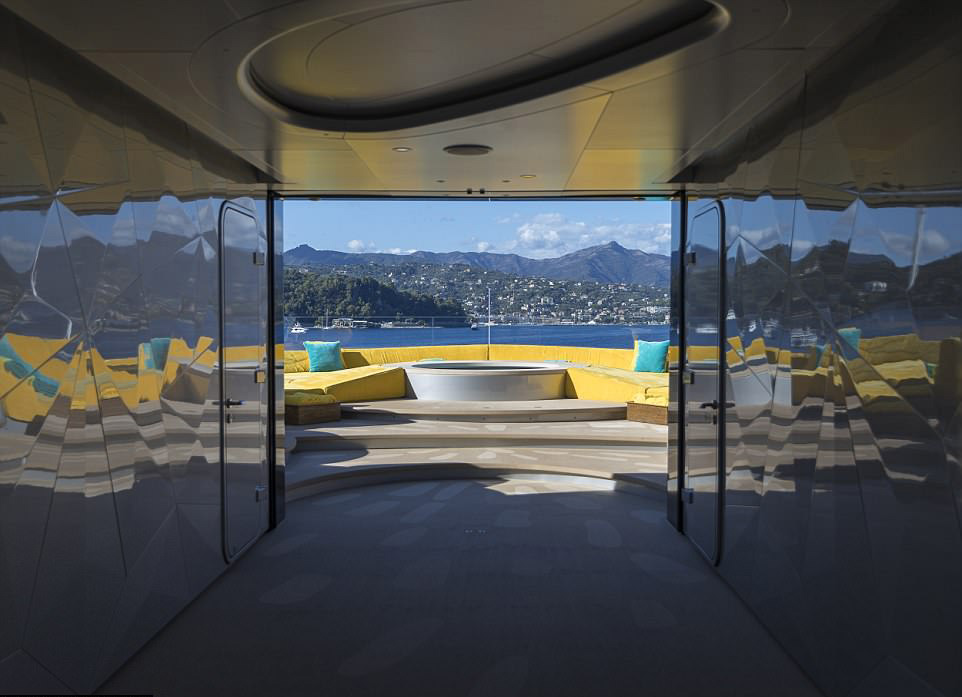 The German-built Aviva, the 46th longest yacht in the world, took three years to complete.

And it’s certainly not lacking in spec, either.

Powered by an eco-friendly drive system, it can reach a top speed of 20 knots.

The unique hull design that comes together with an electric propulsions system means that less fuel is used.

Unbelievably, the Aviva can cruise at 11 knots purely on electric power only.

Now, where can we get one? 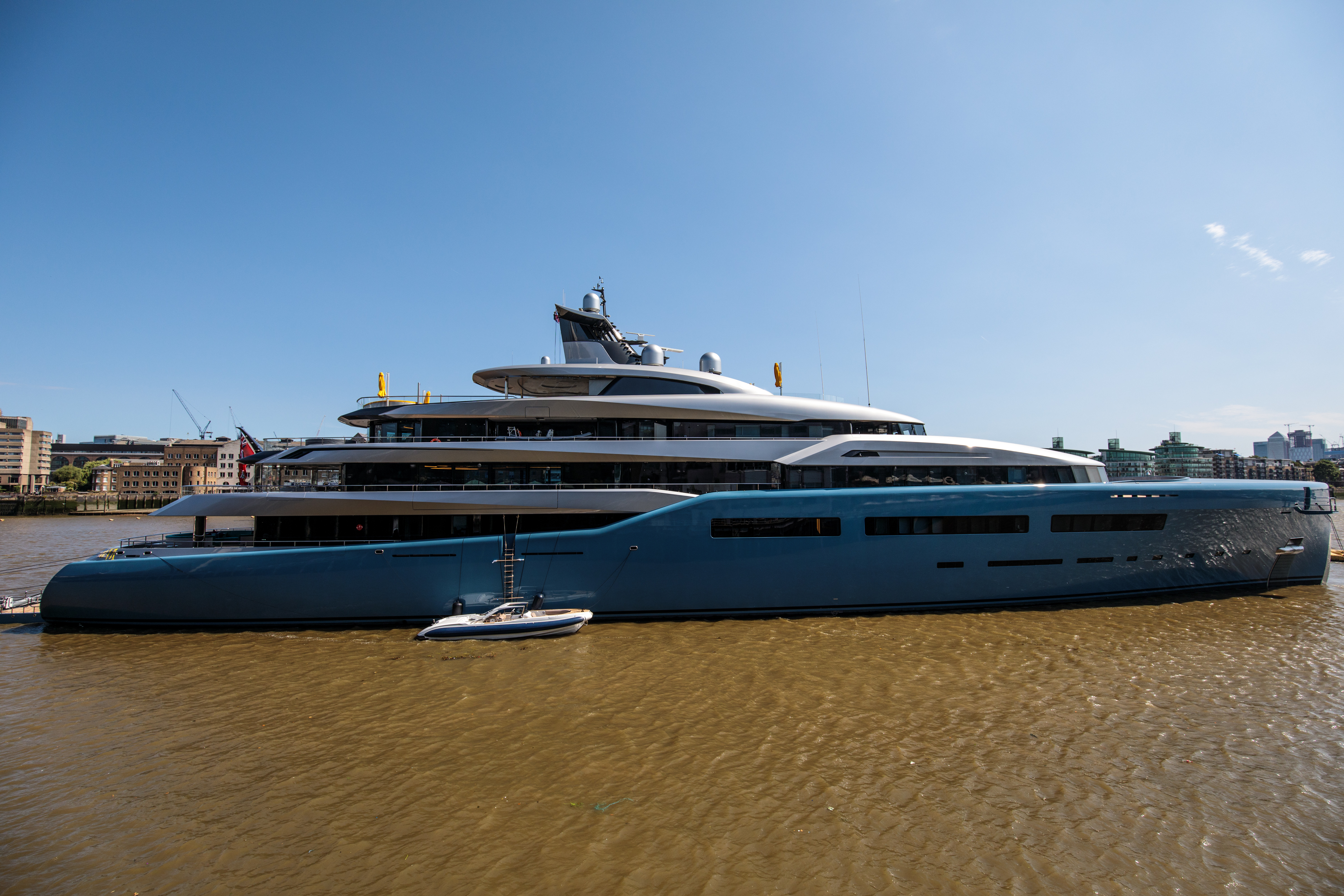 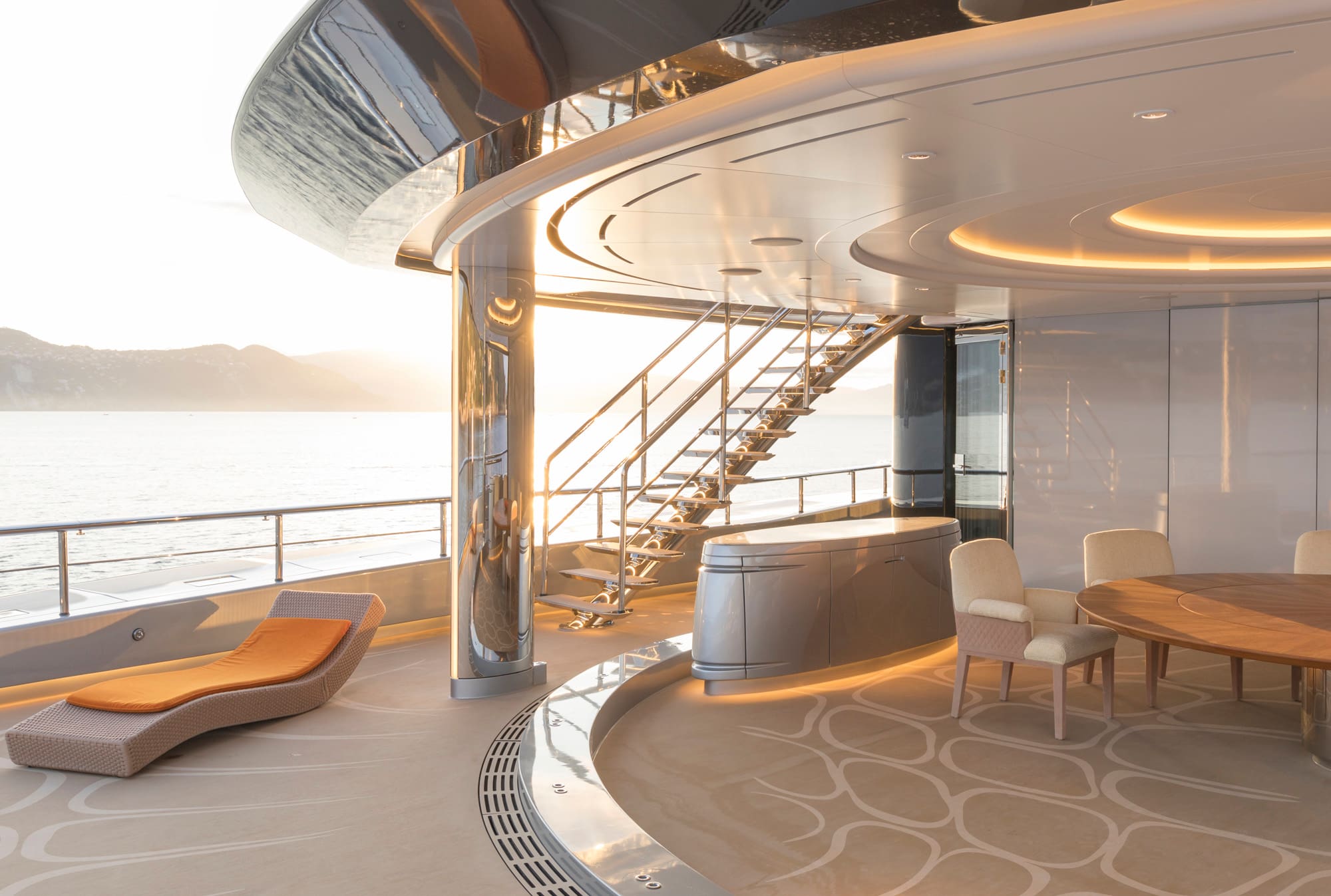 The Aviva is the 46th longest yacht in the worldCredit: Abeking Rasmussen 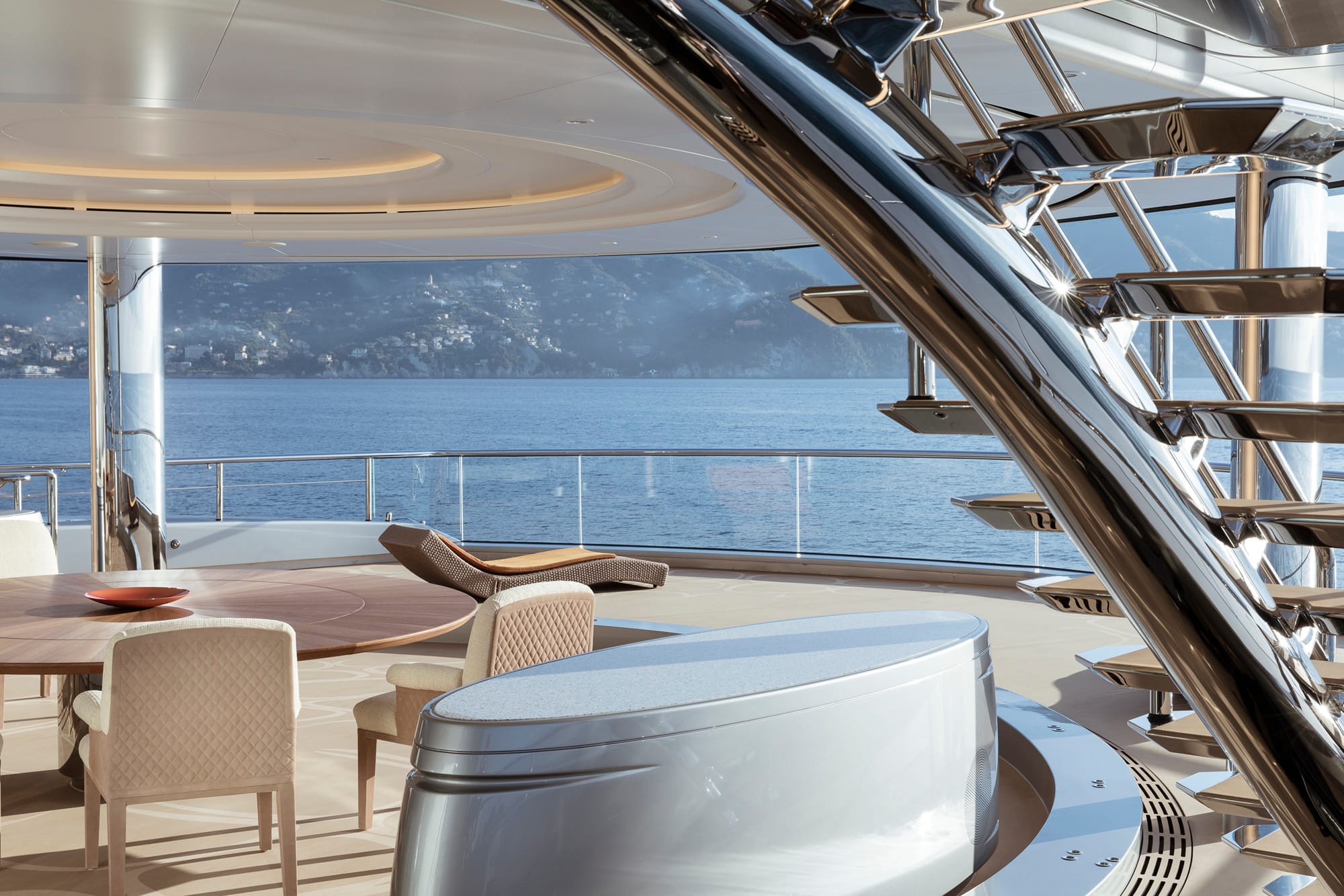