BUKAYO SAKA and Ben White both look set to start in the North London derby tomorrow.

The Arsenal pair were injury doubts going into the crunch clash away at Tottenham.

Ben White and Bukayo Saka may both start in the North London derby at TottenhamCredit: Getty 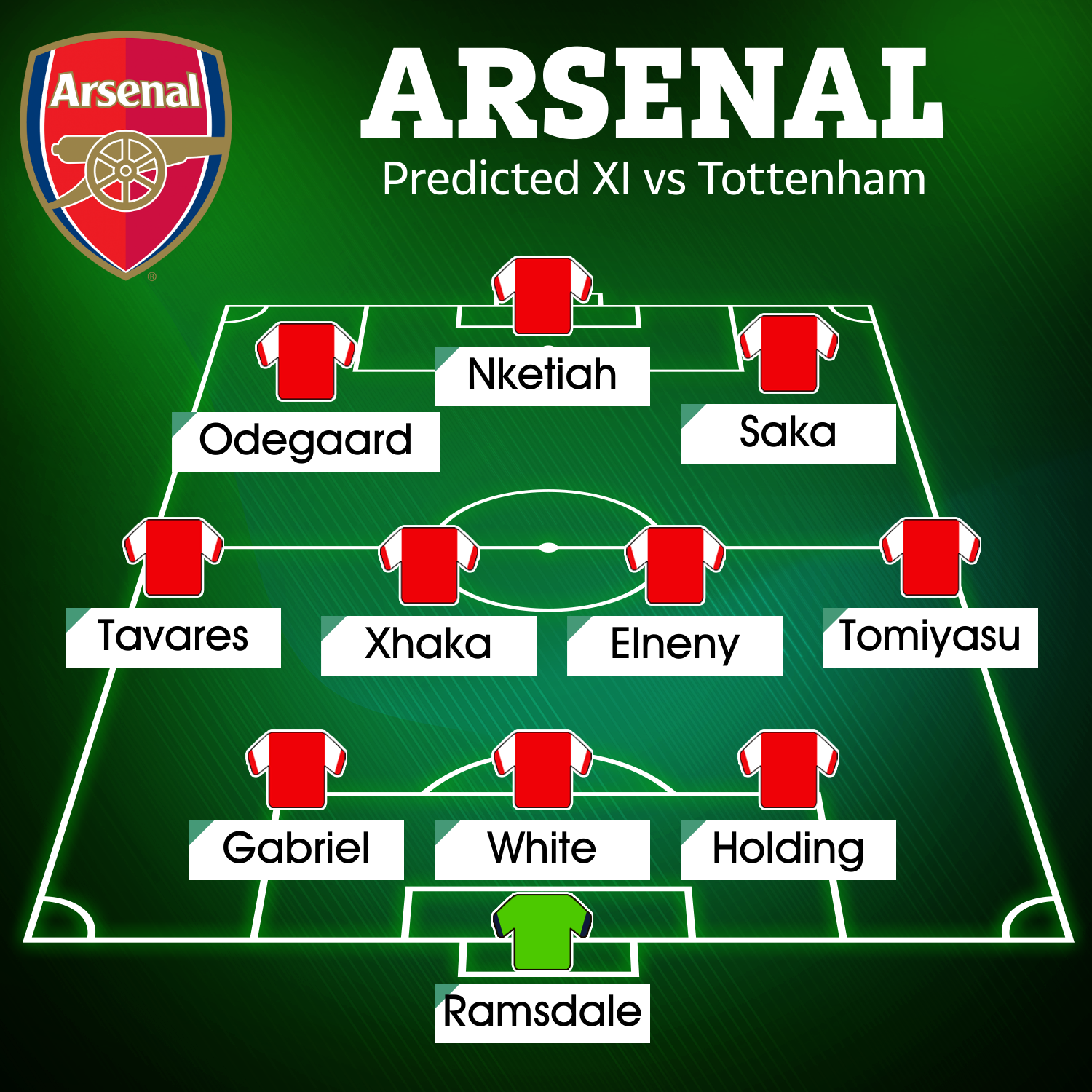 But it looks as though the English duo will be available for Mikel Arteta across North London.

Saka, 20, was taken off early in Sunday’s win over Leeds and replaced with Nicolas Pepe.

White, meanwhile, missed the game completely, and the win at West Ham, due to a hamstring strain.

But Arteta confirmed his superstar winger is “fine”. 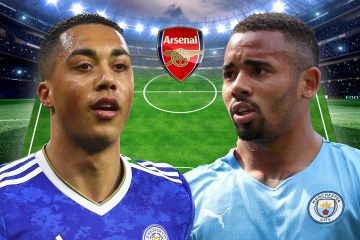 And asked if defender White, 24, would be fit for Spurs, he added: “I think so.

“He’s been starting to do a little bit of work now on the pitch and we want everybody available because we know that game is so important.”

A win for the Gunners would guarantee a top-four finish and therefore a return to the Champions League.

Arteta matched up with Chelsea’s back three at Stamford Bridge last month – and may well do the same on Thursday.

Aaron Ramsdale will almost certainly keep his place in goal for Arsenal with an expected back three of Rob Holding, Ben White and Gabriel.

That could see Takehiro Tomiyasu and Nuno Tavares at wing-backs with a midfield two of Mohamed Elneny and Granit Xhaka.

That could pave the way for Saka and Martin Odegaard to support Eddie Nketiah. 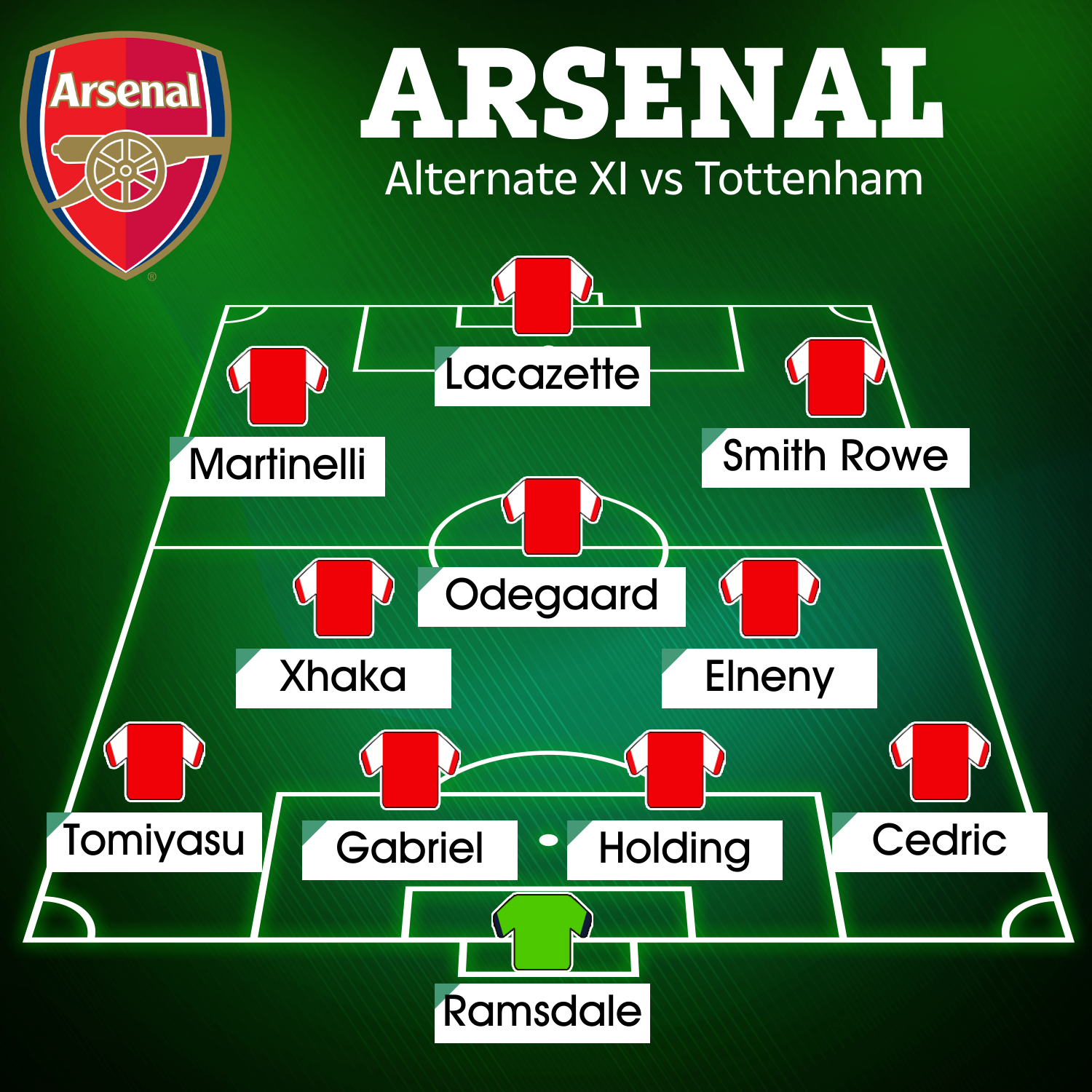 Another line-up could see Cedric Soares, Holding, Gabriel and Tomiyasu start in an unchanged back four with Xhaka and Elneny sitting.

That would then allow Odegaard to stay in the No10 role with Gabriel Martinellini and possibly Emile Smith Rowe in if Saka is not ready to start.

Alexandre Lacazette may get the nod if Arteta chooses experience over form.

A further option at the back could see White replace Holding to reunite with Gabriel or White brought in at right-back with Tomiyasu on the left and Holding keeping his place. 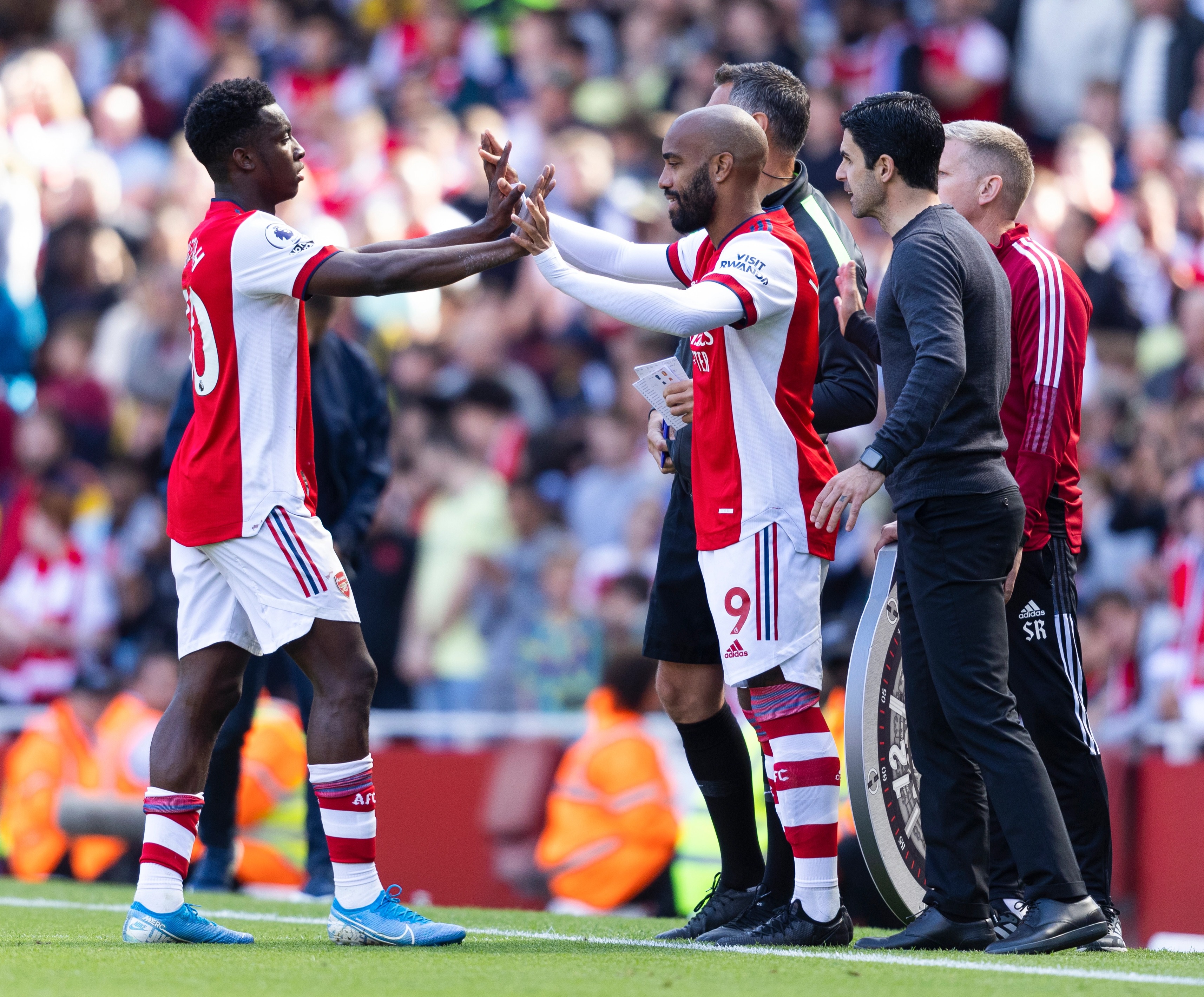