ARSENAL will welcome back Bernd Leno and David Luiz to their squad against Leeds – but will be without Kieran Tierney and Thomas Partey.

Partey limped off injured in the Gunners’ defeat at Aston Villa last weekend, with manager Mikel Arteta confirming he is out. 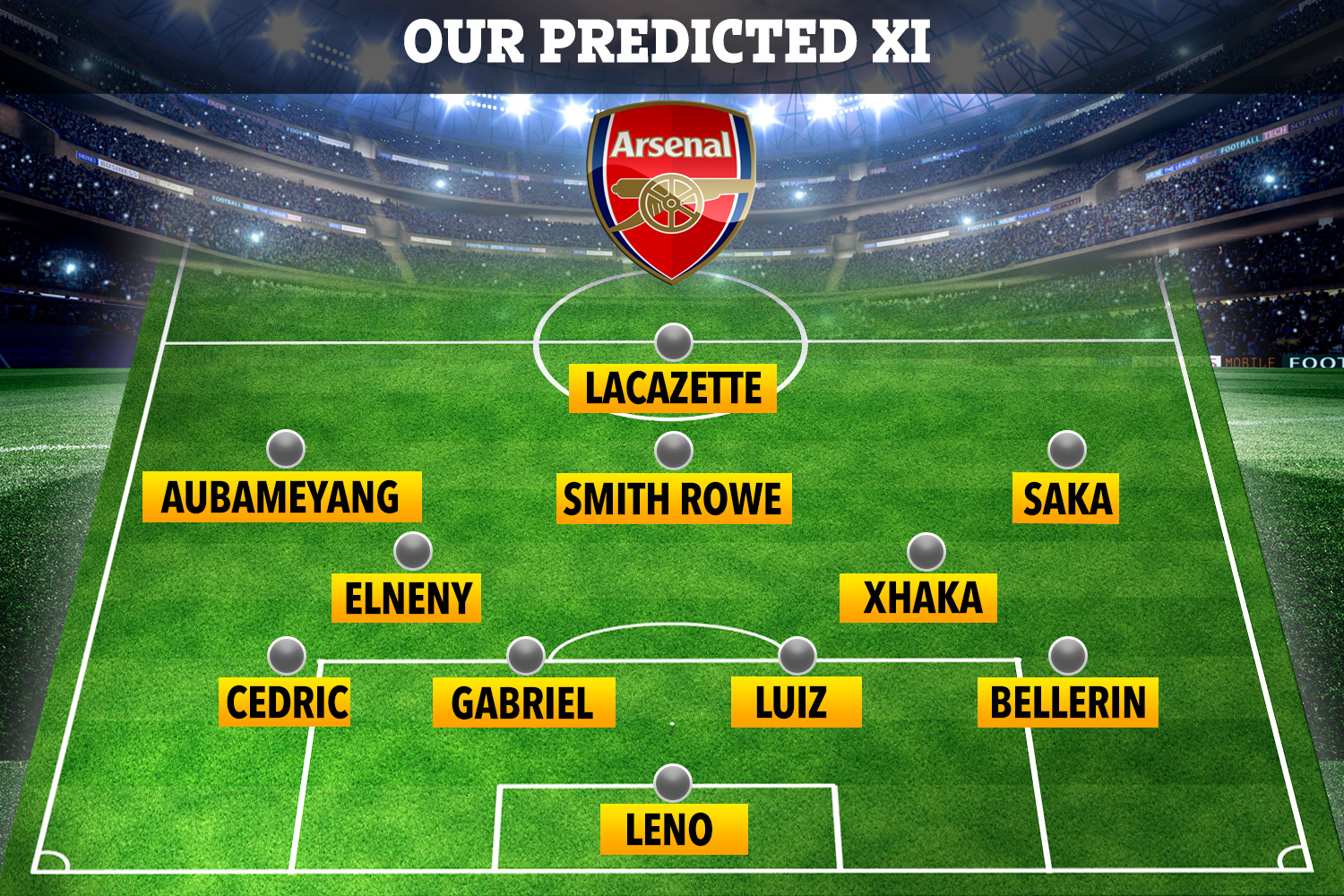 How Arsenal could line up against Leeds

Arteta said: “It is a difficult one, he felt something during the game and we didn’t think it was too bad but after the scan looked a little bit worse.

“He won’t be available to play against Leeds and we will see how it evolves in the next two days but it is a muscular issue.”

Left-back Tierney has missed the last four league games with Arteta revealing he is still struggling with a knee problem.

Keeper Leno and Luiz were both sent off against Wolves and as a result missed the trip to Villa.

Mat Ryan filled in between the posts but is likely to be replaced at the Emirates.

Luiz is primed to come back into the side to pair with Gabriel at centre-back, meaning Rob Holding, if not preferred, will be benched.

With Tierney out, Cedric Soares is expected to fill in on the left of the backline allowing Hector Bellerin on the right.

Grant Xhaka will be without midfield partner Partey, setting up Mohamed Elneny to return to the starting 11.

In front of them, Emile Smith-Rowe is the favoured No10 on form but faces competition from winter signing Martin Odegaard.

Nicolas Pepe and Bukayo Saka started out wide against Aston Villa with Pierre-Emerick Aubameyang on the bench.

Aubameyang has not started the last two games, having been out for three matches prior as he cared for his unwell mother.

The club captain could start out on the left, leaving Saka and Pepe fighting for a space on the right.

It would leave Frenchman Alexandre Lacazatte leading the line for the eight game in a row.

But Aubameyang is an alternate choice down the middle, should Pepe and Sake both start.

Brazilians Willian and Gabriel Martinelli are further options out wide, despite struggling for form of late. 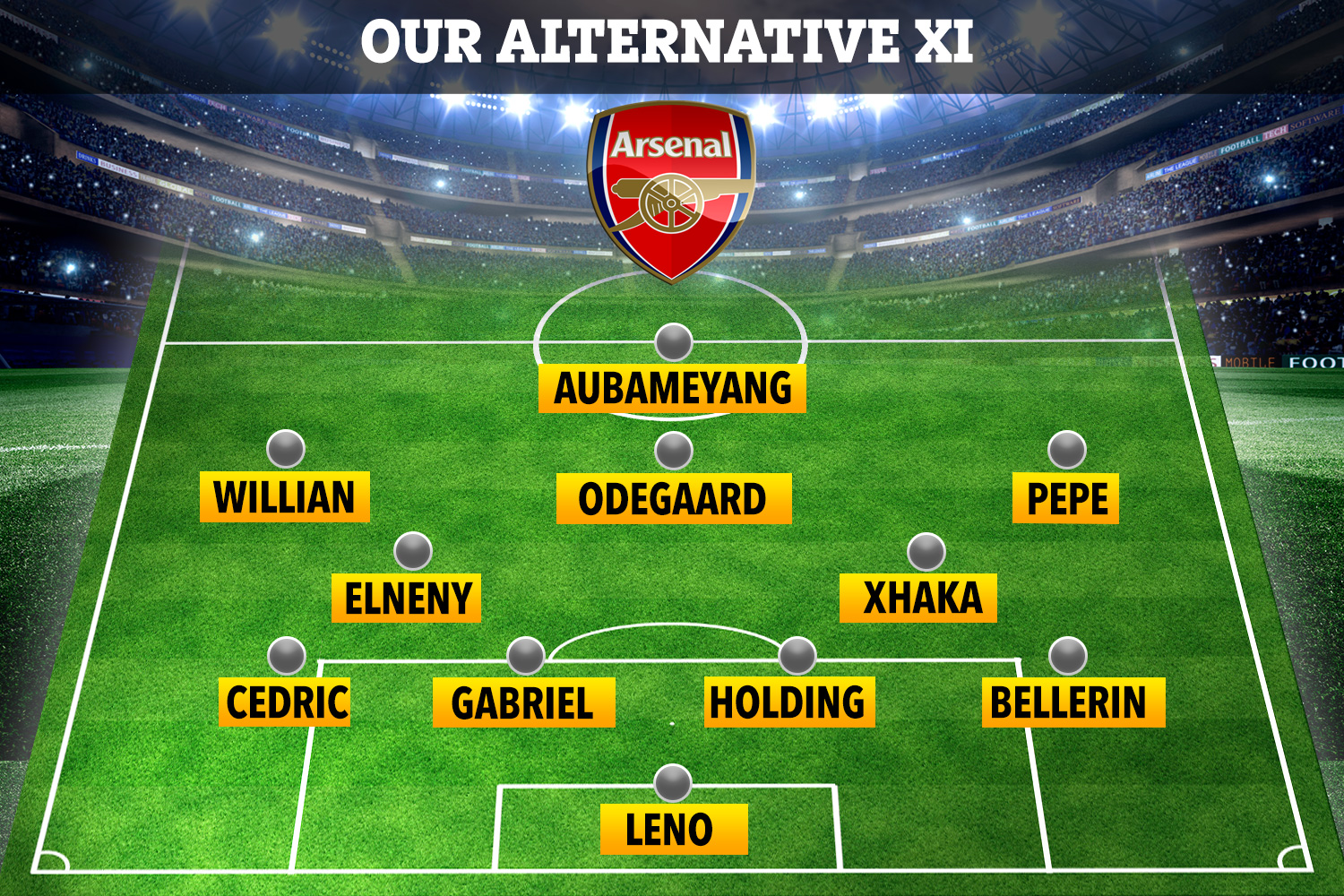 How Arsenal could line up against Leeds