How Arsenal could line-up after biggest transfer spend in their history including Calvert-Lewin, Isak and Neves

ARSENAL could be set for a drastic new look next season as they plan their biggest summer spending spree in history.

SunSport have exclusively revealed how the Gunners are prepared to spend £180million on the likes of Alexander Isak, Dominic Calvert-Lewin and Ruben Neves.

The North London outfit were Europe’s biggest spenders last summer where they forked out £150m on six players.

And with Arsenal looking likely to qualify for Europe next term – whether that be in the Champions League or Europa League – the club will splash the cash once again.

Billionaire owner Stan Kroenke is keen to show his faith in manager Mikel Arteta by providing the funds for a major squad upgrade.

Though the Spanish gaffer knows securing a top four spot will almost guarantee him landing his top targets.

Here SunSport takes a look at how Arsenal could line-up next campaign.

Goalkeeper Ramsdale will certainly retain his spot between the sticks following a hugely impressive start to his life at the Emirates.

The England international has featured in every Premier League game since replacing Bernd Leno after matchweek three.

Only Manchester City’s Ederson (12) has kept more than Ramsdale’s ten clean sheets in the top-flight so far.

Japanese ace Tomiyasu could then retain his place at right-back, with potential future skipper Kieran Tierney to feature on the opposite side.

Former Brighton star White could then continue his partnership with Gabriel in the heart of defence, with WIlliam Saliba to compete for a place in the team.

With Granit Xhaka’s future uncertain, Wolves maestro Neves could be brought in to replace him.

He would then play alongside Thomas Partey in the middle of the pitch. 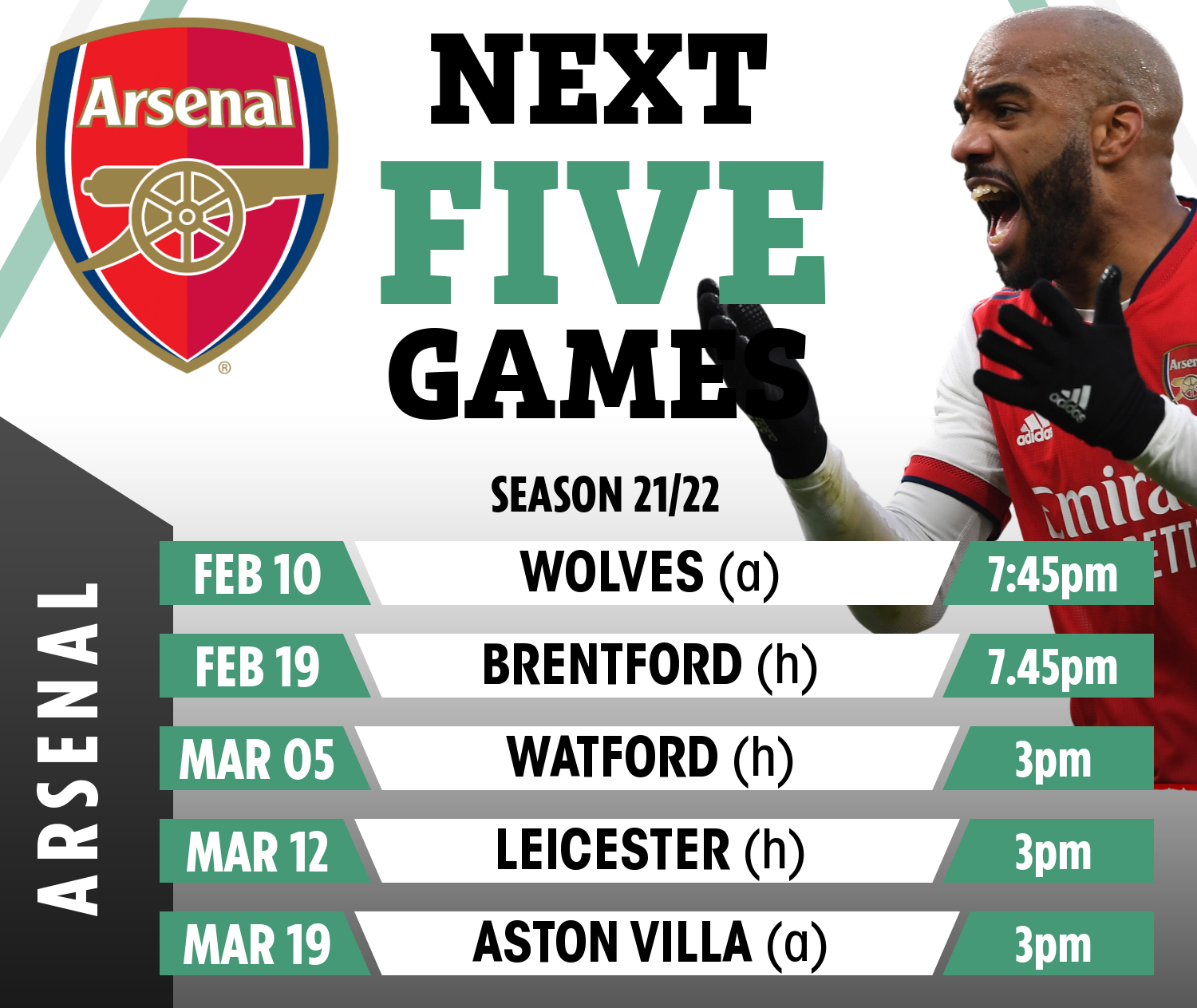 Bukayo Saka could start down the right channel, with Gabriel Martinelli slotting in on the opposite flank.

Following Pierre-Emerick Aubameyang’s move to Barcelona, and with current strikers Alexandre Lacazette and Eddie Nketiah set to depart on free transfers, Arsenal know they must strengthen in attack.

Real Sociedad’s Isak and Everton’s Calvert-Lewin have been eyed up, and the pair could start together in a new-look line-up. 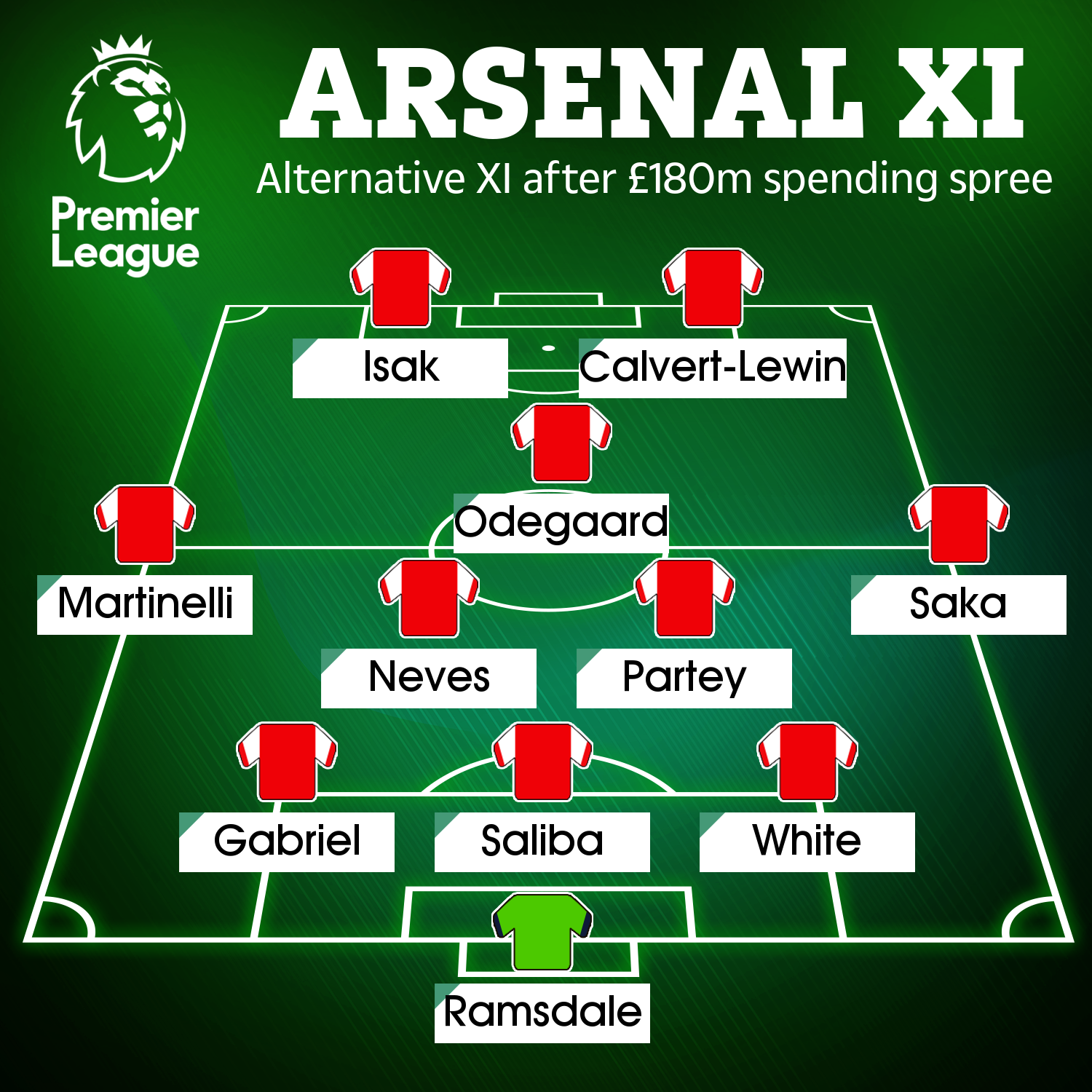