CARLO ANCELOTTI did not let Everton’s late winner against Tottenham distract him from his cup of coffee on the sidelines.

The Toffees manager showed no emotion as Bernard put his team ahead in the 97th minute of the thrilling FA Cup fifth round tie. 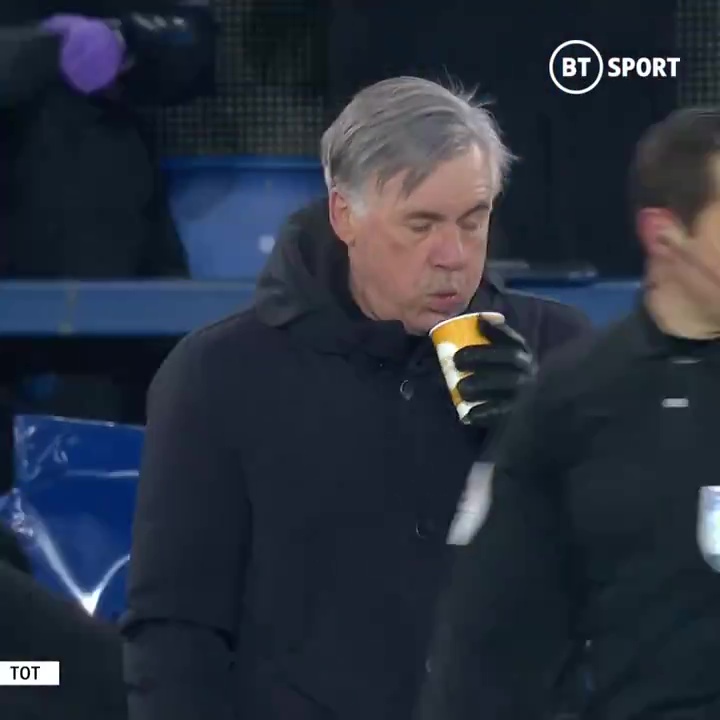 With the score locked at 4-4 in extra time, Bernard scored an incredible half-volley to make it 5-4.

The Brazilian, 28, celebrated wildly with his team-mates as Everton’s staff on the sidelines erupted with joy.

But manager Ancelotti did not even crack a smile as he seemed more interested in his cup of coffee.

He continued to blow on his hot drink in an attempt to cool it down as everybody else enjoyed the moment.

After the match, assistant manager Duncan Ferguson claimed Ancelotti ‘has seen it all before’.

He said: “He [Ancelotti] has seen it all before, hasn’t he?

“It was a great game, it was end to end, and it was great for the fans watching at home.

“There were a couple of good goals, Dominic Calvert-Lewin got the penalty and scored one of his own, Gylfi Sigurdsson was brilliant. 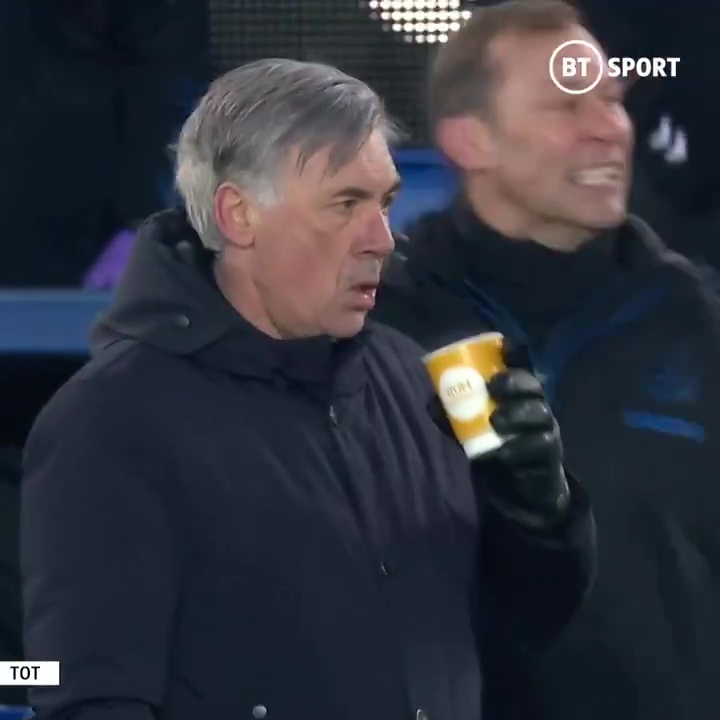 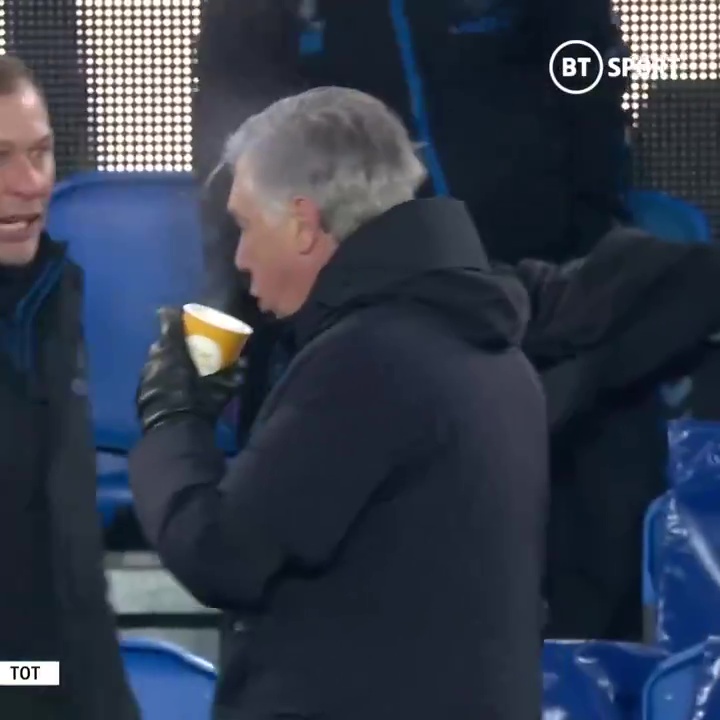 “There were a lot of good performances on the attacking side.

“It is great for us to go through, we showed a lot of good spirit and then Bernard pops up with the winner so it was a great game.”

After the match, Ancelotti put his coffee to one side as he described his team’s performance against Spurs as ‘incredible’.

He shared two pictures from the match with his 2.4million followers on Twitter.

Alongside them, the 61-year-old wrote: “Incredible… Very pleased.”

Everton managed to keep hold of the lead to book their spot in the quarter-finals after an epic nine-goal thriller.

But the Toffees suffered a huge blow as Dominic Calvert-Lewin limped off the pitch with a knock before the final whistle. 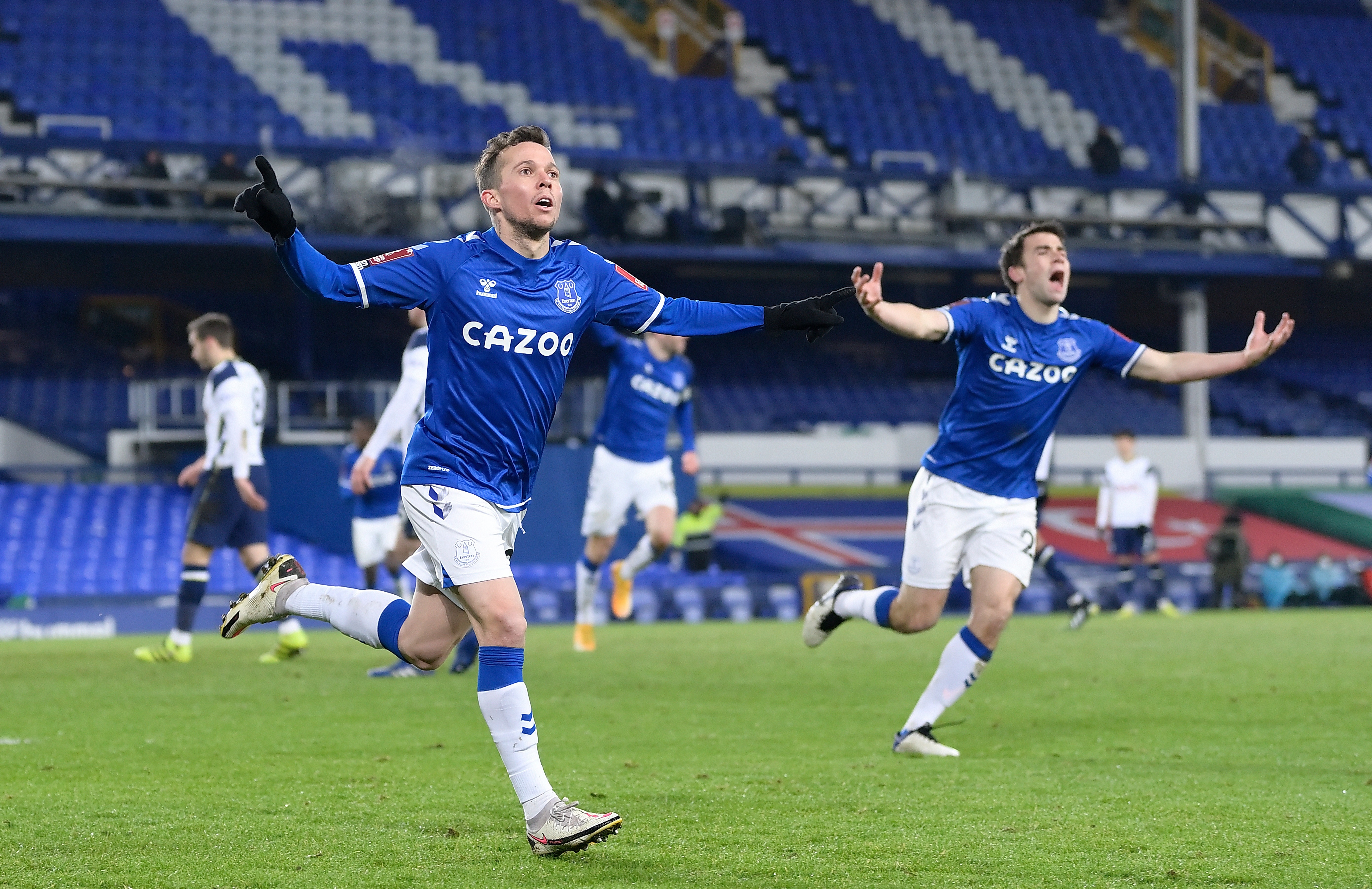 Bernard put Everton in the lead after he produced an impressive half-volleyCredit: Getty Images – Getty