IT’S the fight the whole world wants to see. 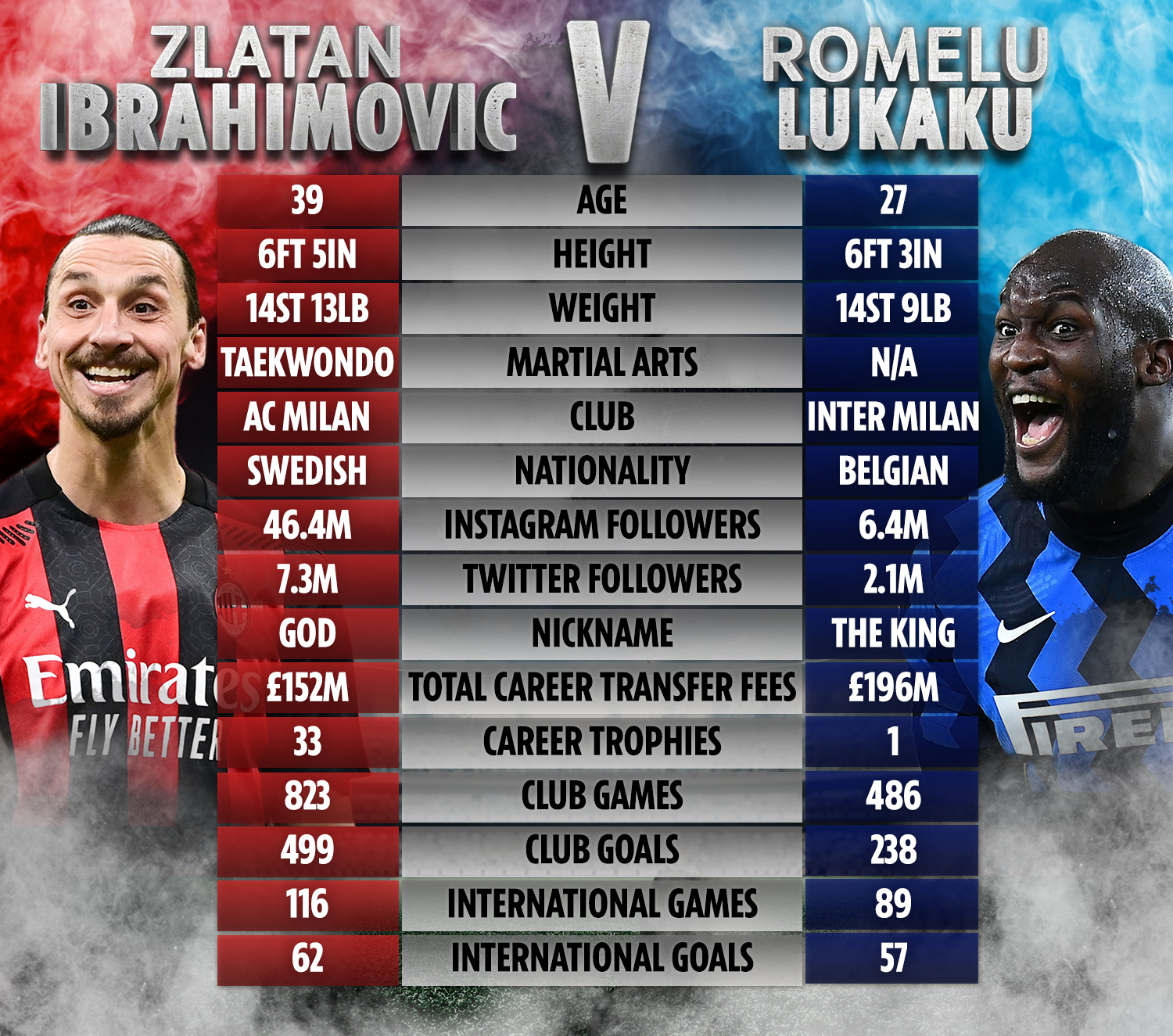 How Ibrahimovic and Lukaku stack up after their explosive fight 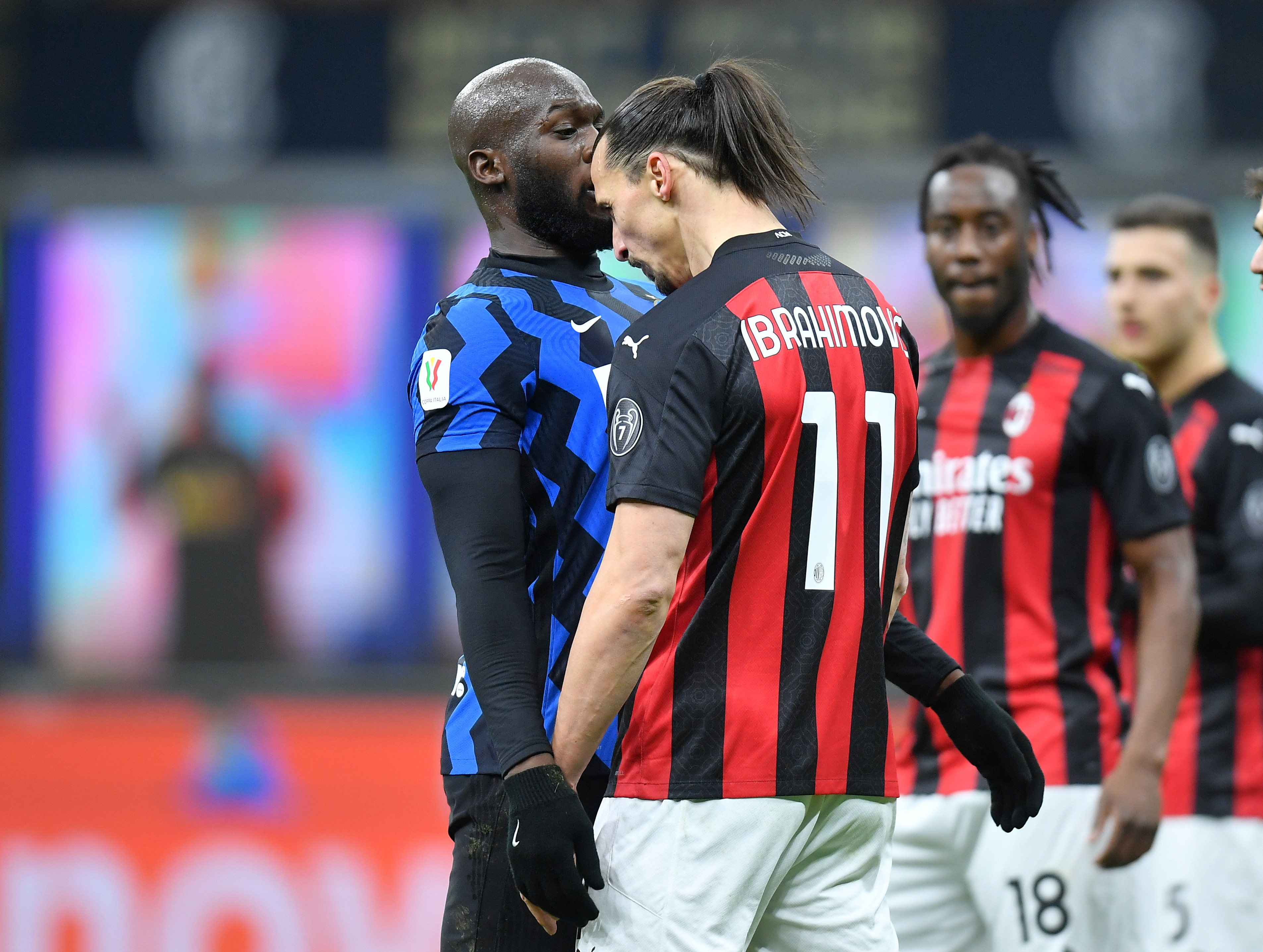 We’re talking about Zlatan Ibrahimovic vs Romelu Lukaku, of course.

On Tuesday night, the former Manchester United team-mates were involved in an explosive row.

Lukaku and Ibrahimovic went head-to-head, quite literally, in the middle of the San Siro, with the fight threatening to spill over into the tunnel.

During the incredible row, Lukaku, 27, appeared to say ‘f*** you and your wife’ to Zlatan.

Zlatan has quickly hit back at any suggestion that his comments were racist.

He tweeted: “In ZLATAN’s world there is no place for RACISM.

SunSport can now reveal the bust-up has been FOUR YEARS in the making since clashes at Man utd training over tackles and Lukaku’s first touch.

But were the pair to settle their differences in the boxing ring or MMA octagon, who would win?

Both absolute giants, Ibrahimovic stands the taller of the pair at 6ft 5in, with Lukaku ‘only’ 6ft 3in. 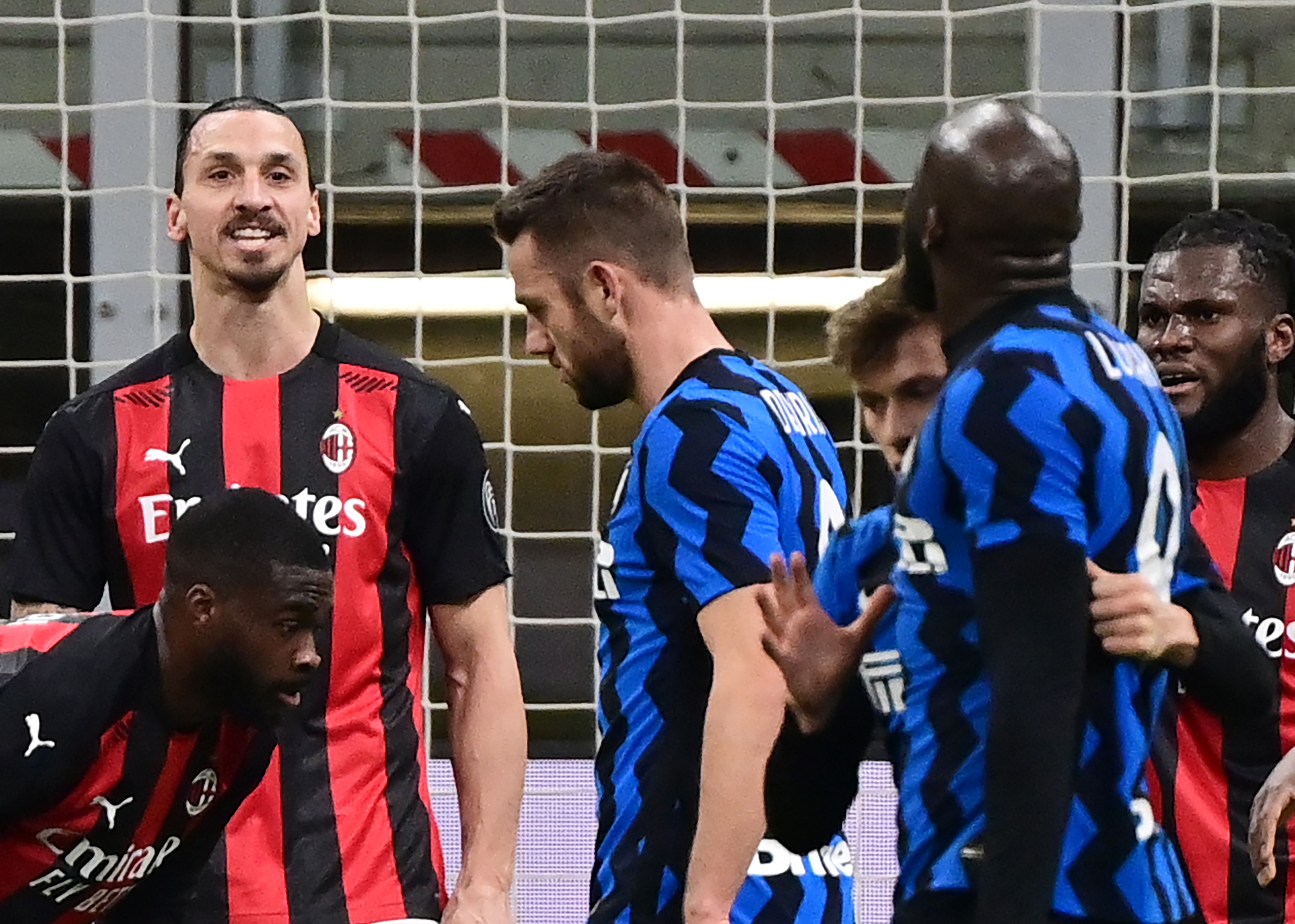 Lukaku had to be held back as he and Ibrahimovic exchanged heated wordsCredit: AFP or licensors

The Swede is slightly heavier too, at 14st 13lb to the Belgian’s 14st 9lb – despite his monster frame.

Ibrahimovic has yet another advantage too.

The evergreen AC Milan striker is a black belt in Taekwondo, while Lukaku isn’t famous for any boxing or martial art skills.

Ibrahimovic has 46.4million fans on Instagram, to Lukaku’s 6.4m – while also boasting over three times as many Twitter followers.

Lukaku, who nicknamed himself ‘The King’ of Milan after a derby win last February, is also streets behind the self-professed ‘God’ in terms of career stats.

Incredibly, the Belgian has won just ONE career trophy – the Belgian top division during his days at Anderlecht.

Lukaku does have one key advantage over his rival, though… he’s 12 years younger and considerably quicker.

Would that be enough for him in a boxing or MMA showdown, though?