HECTOR BELLERIN believes Arsenal ‘are losing against ourselves’ after their defeat to Wolves.

But he also appeared to vent his frustration at the referee’s decision to send David Luiz off with a post on social media. 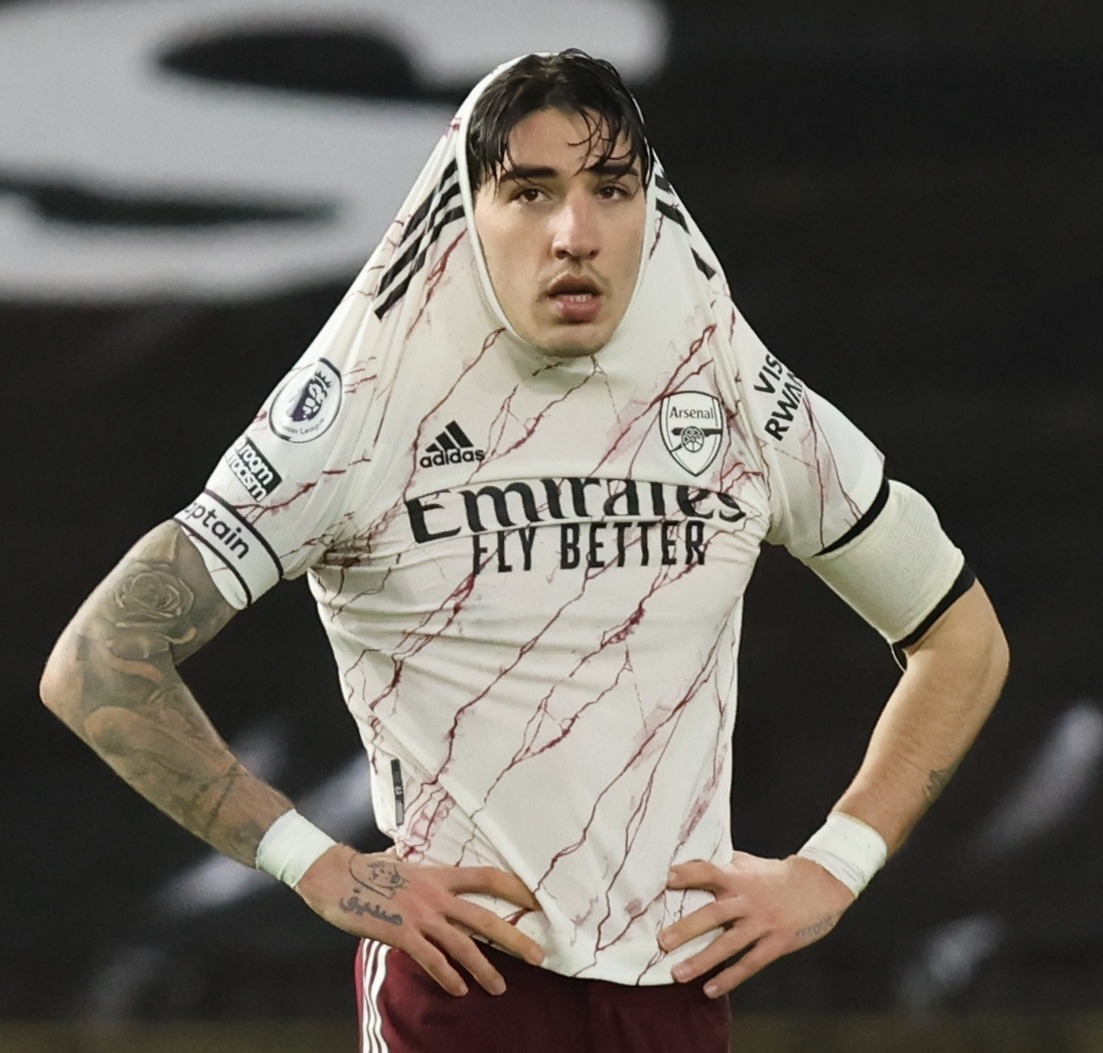 The Gunners took the lead at Molineux but red cards and a stunning strike were their undoing once again for their first loss in eight Premier League games.

Luiz was controversially given his marching orders on the stroke of half-time for denying a clear goalscoring opportunity.

And then goalkeeper Bernd Leno handled the ball after rushing out of his 18-yard box and was duly sent off as well.

Bellerin, captain on the night, was quick to look inwardly at where the problems lie.

Since Arteta’s first game in charge of Arsenal on Boxing Day 2019, his side have been shown nine Premier League red cards – six more than any other team.

Asked whether that is too many, Bellerin told Arsenal.com: “One hundred per cent.

“We’ve shown that when we’re 11 against 11 on that pitch, it’s completely different.

“We had complete control in the first half and we probably should have been 2-0 up by the end of it. We paid for those mistakes.

“I always say that teams are not beating us, we are losing against ourselves. It’s for us to learn.

“Hopefully this will be the last time. We were on such a good run, great momentum, great confidence in the team.

“We just need to forget this step because situations like this are not going to happen very often. We’ll go on to the next one.”

Nicolas Pepe did put the Gunners into a deserved lead before Ruben Neves converted the penalty and Joao Moutinho completed the turnaround with a belter from range then Leno saw red.

Bellerin took to Twitter to share a photo of him looking at Conor Coady as the Wolves skipper fist-bumped referee Craig Pawson.

Luiz slammed his red card as ‘unbelievable’ on his Instagram story.

And boss Arteta was seething with the match officials’ decision to send the Brazilian centre-back off, insisting the club will try and appeal – but was rightly positive about the rest of his team’s performance.

9 – Since Mikel Arteta’s first game in charge of Arsenal on Boxing Day 2019, the Gunners have been shown nine Premier League red cards, six more than any other side. Freefall. pic.twitter.com/MHMtEUiDsX

The Spaniard said: “The team was really on top of the game, we should have been three- or four-nil up and in that action [the first red] the game changed completely.

“I’ve seen it ten times in different angles and I cannot tell you where the contact is.

“The team kept trying, kept playing, kept believing. We hit the post, hit the bar, the keeper made a couple of great saves.

“We played exceptionally well, scored one goal and should have scored three or four and had more of a gap, but obviously you concede two red cards in the Premier League. I don’t have any [complaints about] the second red card.

“The team is encouraging me every day to believe in them and to give me a positive feeling all the time.” 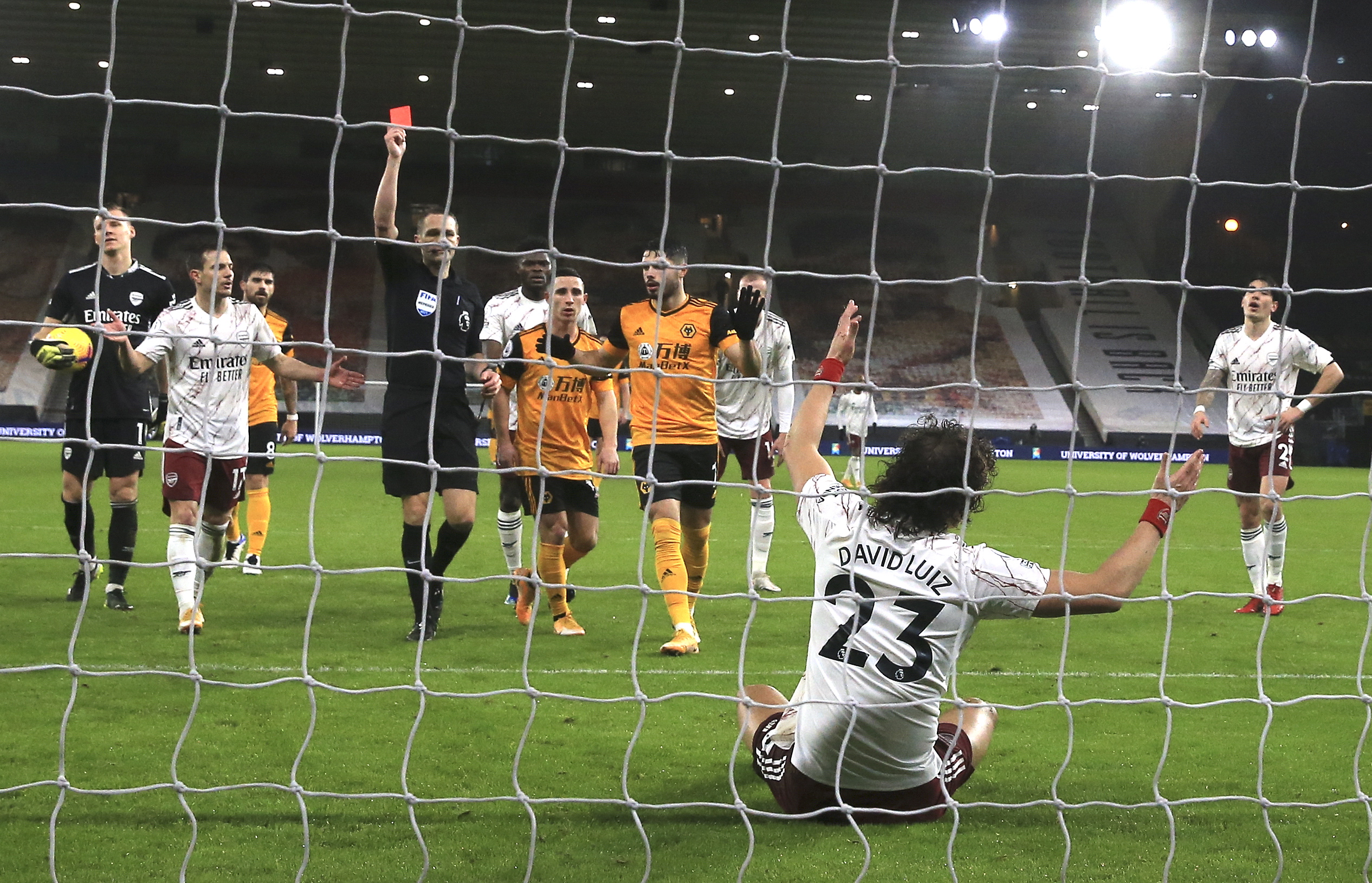 David Luiz was given his marching orders after catching Willian Jose as the last defenderCredit: EPA 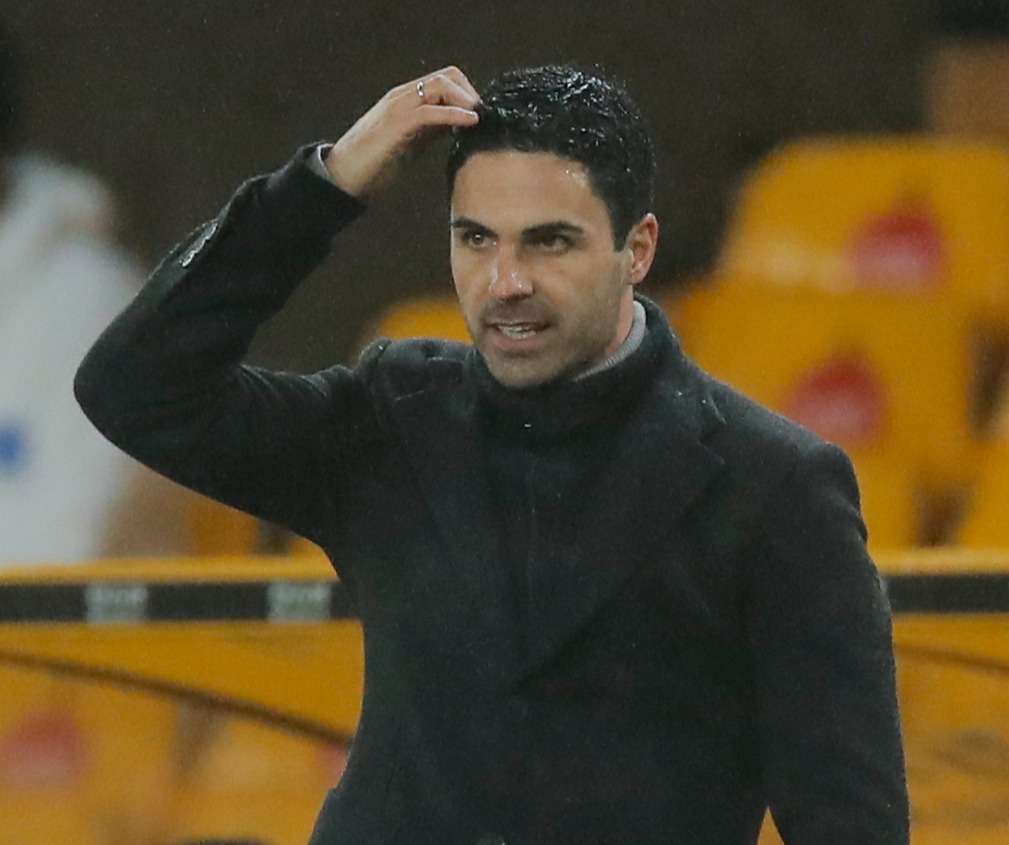 Mikel Arteta was furious with the first red card but praised his side’s performance Credit: Guardian News & Media / Free to use by all titles in perpetuity under NMC agreement

Inside the incredible life of war hero, campaigner and national treasure Captain Tom