LEICESTER CITY boss Brendan Rodgers has revealed that forward Harvey Barnes will be sidelined for six weeks with a knee injury.

The 23-year-old left the field on a stretcher on Sunday as the Foxes were beaten 3-1 by Arsenal at the King Power Stadium. 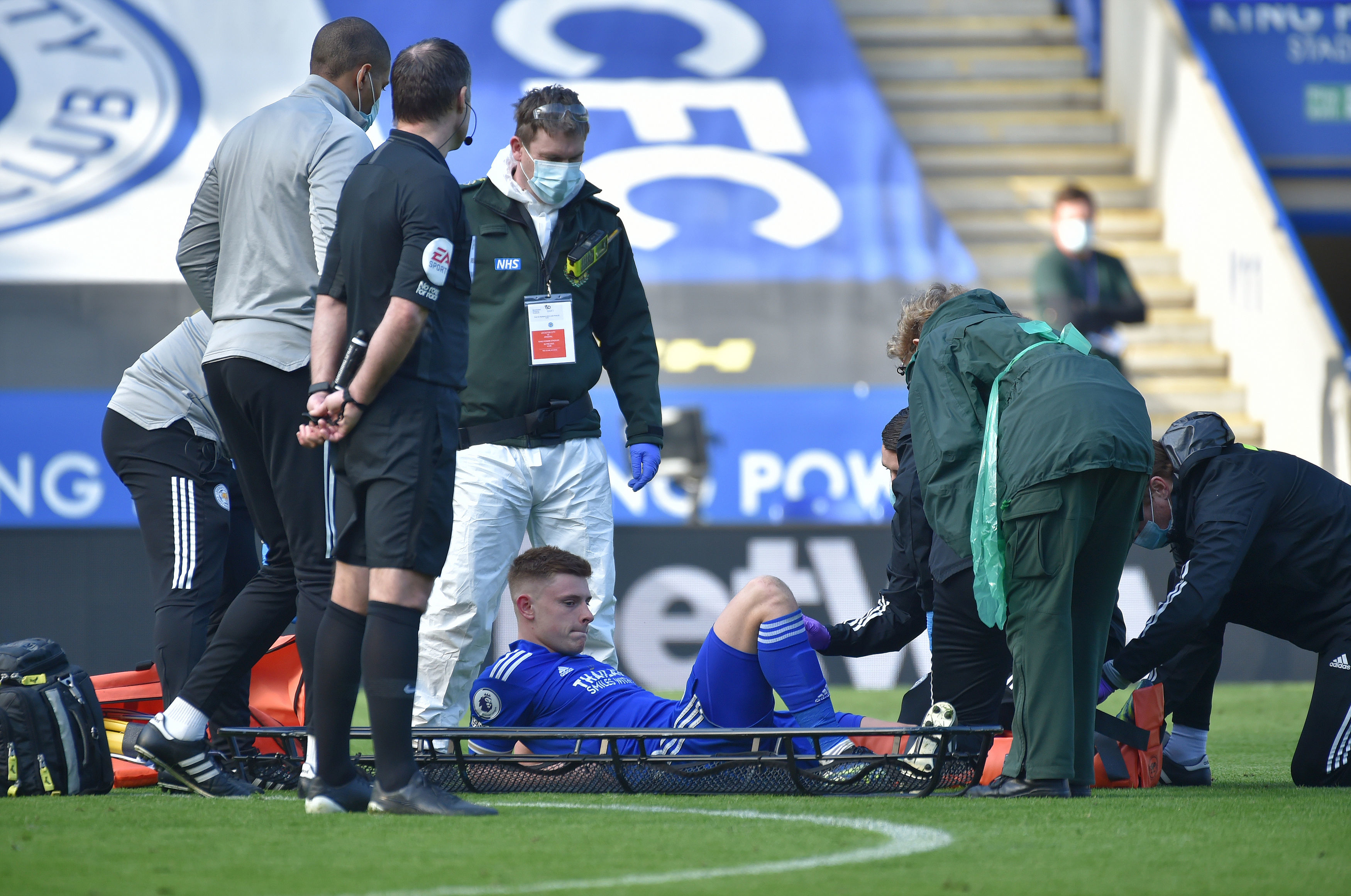 Barnes was stretchered off during Leicester’s defeat on Sunday afternoonCredit: PA:Press Association

And now Rodgers has confirmed Barnes’ injury will leave him out for some time.

Rodgers said: “It’s not good news for Harvey. It looks like he needs an op and is probably going to be out for a minimum of six weeks.

“Harvey has been outstanding all season and I just hope that can get back for some period of the season, but it’s a bad one for him and a massive blow for us.

“He’s had niggles with a bit of cartilage that has come loose for a while now and we’ve tried to rest him and take the pressure off.

“He had a clash of knees in a game a few weeks ago so it’s been irritable and unfortunately today it has got worse.”

The young forward has scored nine goals and assisted four more in the Premier League so far this season and was pushing for a place in Gareth Southgate’s squad for the European Championships this summer.

But the knee injury he has now suffered will mean it could be very difficult for him to force his way into the England set-up.

Barnes’ only England cap came as a substitute against Wales back in October.

He is reportedly in talks with the Foxes over a new deal deal amid interest from Liverpool and Manchester United.

Centre-back Johnny Evans will also undergo a scan on a calf problem as Rodgers’ fitness issues continue to pile up.