HARRY MAGUIRE ‘is not a leader’ and should be replaced by Ole Gunnar Solskjaer, according to former Manchester United defender Paul Parker. 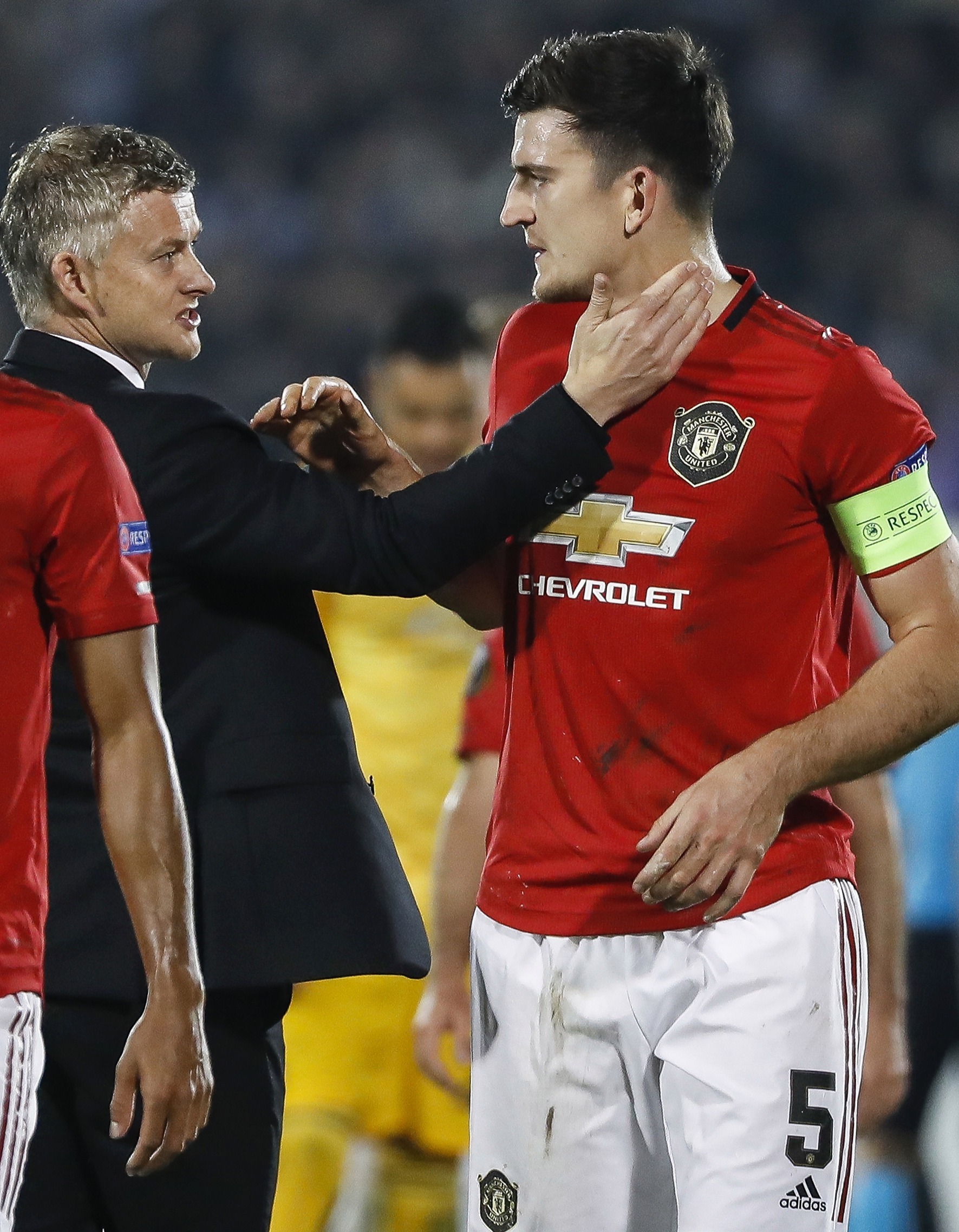 Maguire was mocked for playing Everton’s players onside for the free-kick that lead to Dominic Calvert-Lewin’s late equaliser in the 3-3 draw at Old Trafford on Saturday.

United have made no secret of their desire to sign a long-term partner for the club captain in the heart of defence but Parker believes they should have a massive rethink about his own role in the team.

The ex-England international, 56, said: “Despite the position that Manchester United find themselves in the Premier League, they still need to strengthen in the transfer market this summer.

“Harry Maguire is not a leader, he plays the game for himself, he sits way too deep, he dribbles for the sake of dribbling and runs himself into cul-de-sacs.

Harry Maguire is not a leader, he plays the game for himself, he sits way too deep, he dribbles for the sake of dribbling and runs himself into cul-de-sacs.”

“The goal against Sheffield United, he put David De Gea in a terrible position, and he made a terrible clearance which people then blamed the goalkeeper.

“Sometimes you need to look at the build-up to see the mistakes.

“I have always been unsure about Maguire since the day Manchester United signed him.

“When they paid £80m, the club didn’t buy an £80m centre back, it was great business by Leicester.

“Despite the position that Manchester United find themselves in the Premier League, they still need to strengthen in the transfer market this summer.

“Bringing in competition for places always helps players to improve their game.

“You look at Luke Shaw this season, he has really upped his game since the signing of Alex Telles.”

Parker – whose nephew Ben Johnson came off the bench for West Ham against United in the FA Cup this week – also blasted boss Solskjaer for downplaying United’s title credentials.

Parker slammed Solskjaer’s words as ‘silly’ and said it could knock his players’ confidence with the club still in second place and in the frame for the Prem crown.

The former defender also warned the Norwegian he must win silverware if he wants to keep his job in the Old Trafford hot seat.

Parker said: “Ole Gunnar Solskjaer has to win a trophy this season. He must want to win a trophy and have the hunger to do so, or he will have no chance of surviving as Manchester United manager.

“He has got to have that drive, as well as be able to convince his players that they are going to win stuff. I would not have that any other way, especially at a club like Manchester United.

“The club needs to win something, and he does too, for himself. Ole needs it for his CV, and to prove to everyone that he is good enough to be the Manchester United manager.”

Paul Parker was speaking on behalf of GrandNational.org.

The five best exercises to do during pregnancy