HARRY MAGUIRE is a major doubt for the Europa League final, Ole Gunnar Solskjaer has confirmed.

The defender has not missed a single minute of Premier League action for Manchester Unied since his 2019 move from Leicester. 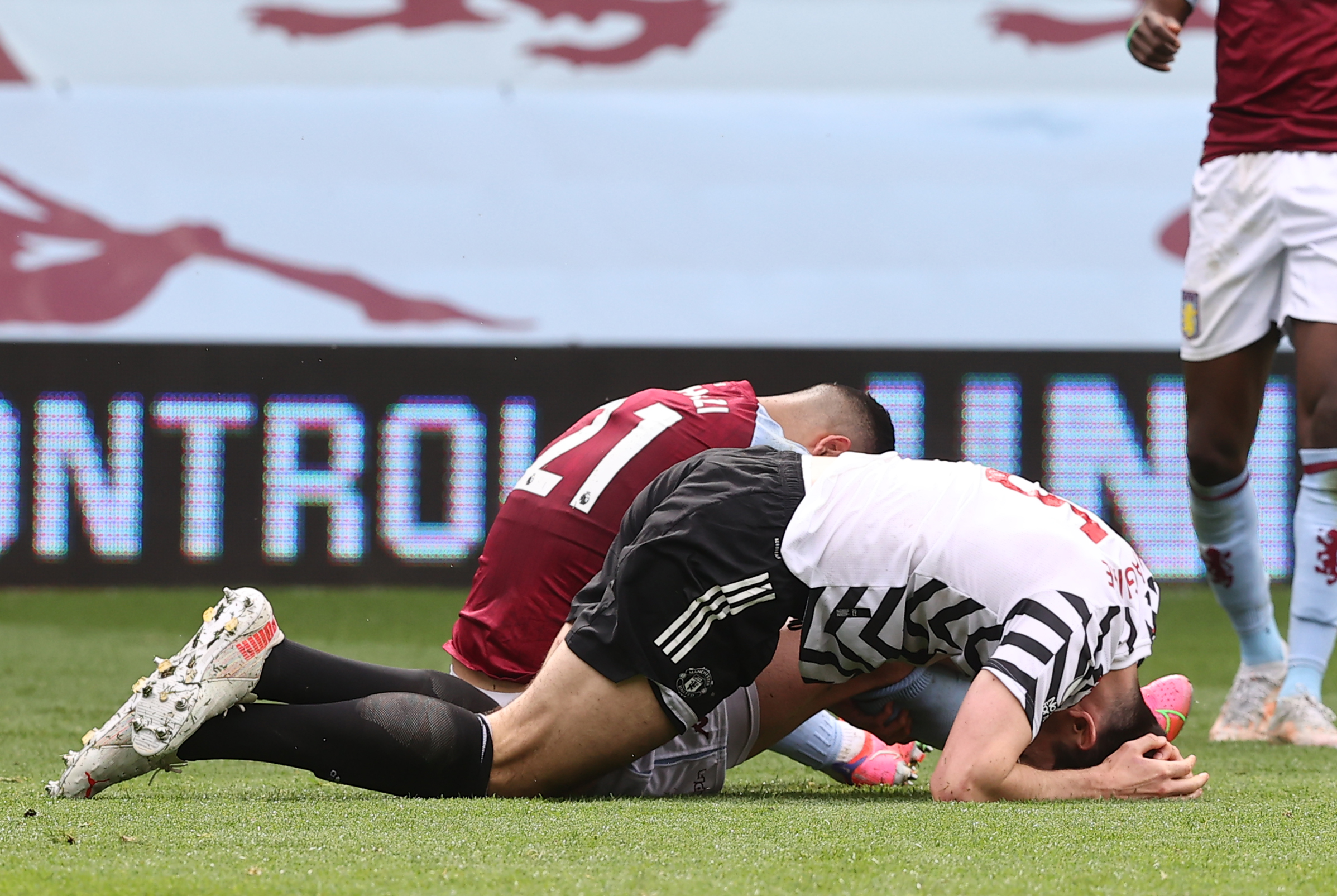 Both Man Utd and England are sweating over the fitness of Harry MaguireCredit: News Group Newspapers Ltd 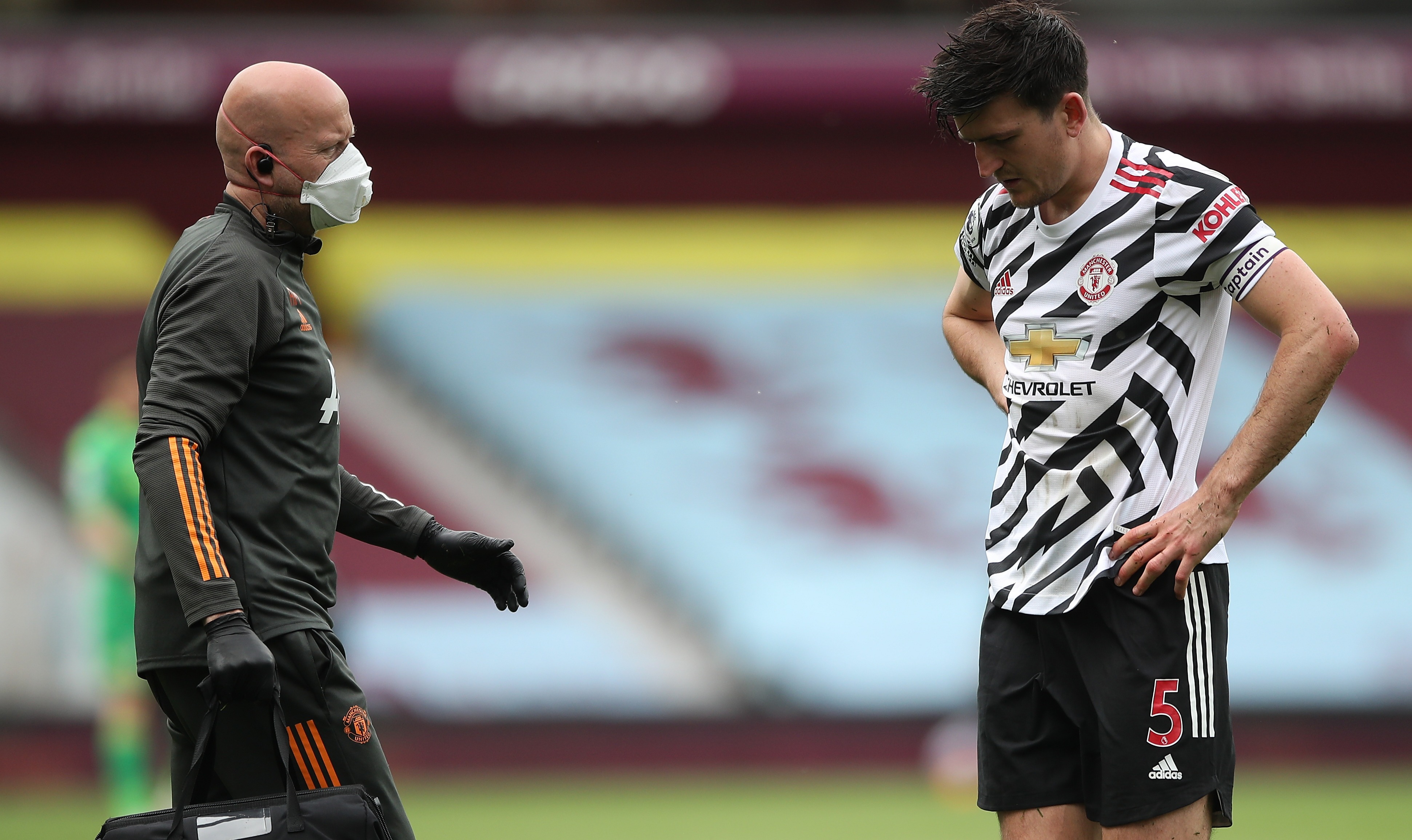 Harry Maguire was forced off through injury for Man Utd at Aston VillaCredit: Getty 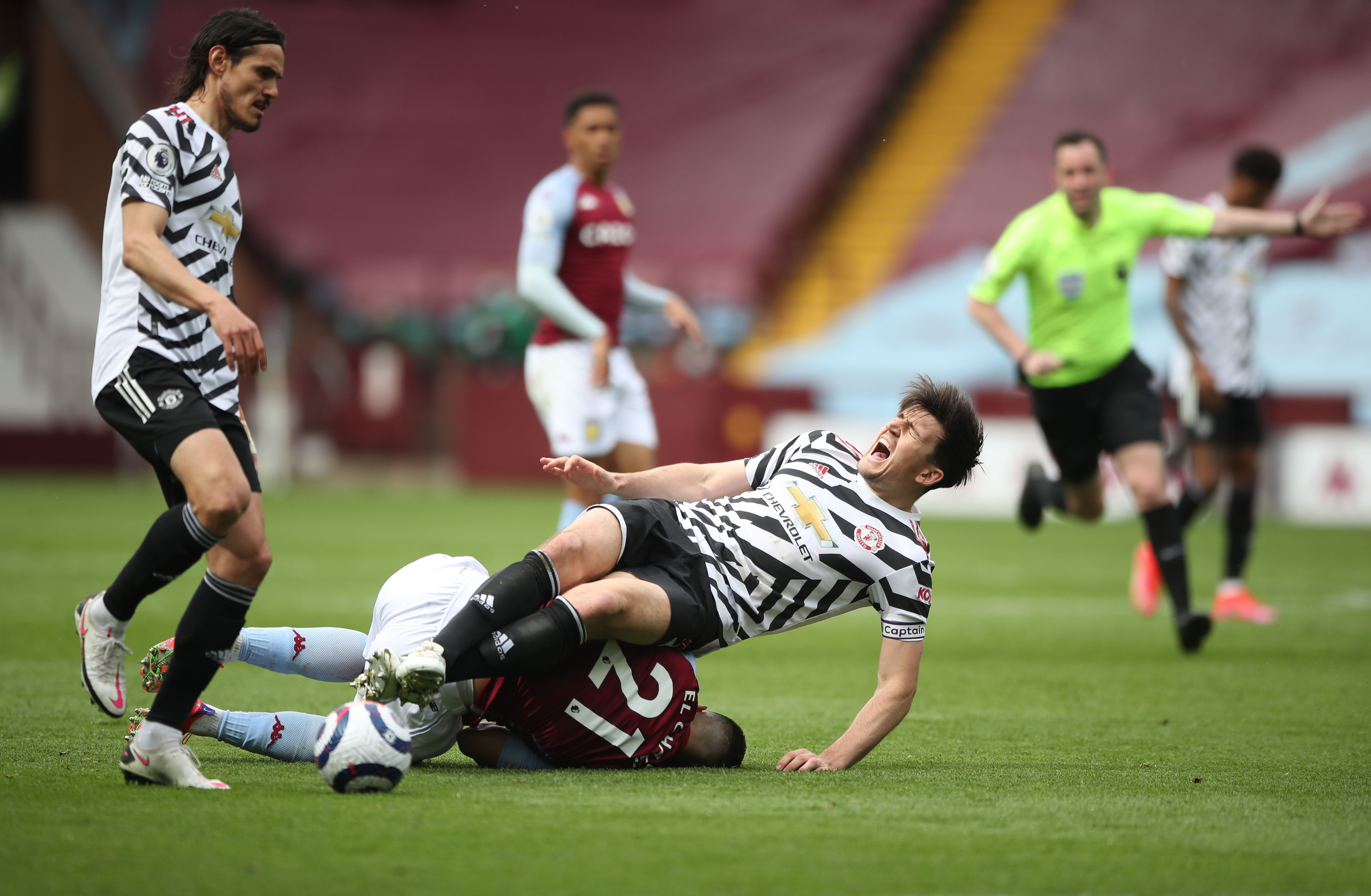 The star hurt himself in this challenge with Aston Villa’s Anwar El GhaziCredit: Reuters

But the United captain was forced off with quarter of an hour to go following a bruising afternoon at Villa Park, in which the Red Devils fought back from a goal down to win 3-1.

Having already suffered a blow to the head, the 28-year-old then went down clutching his left ankle.

After a lengthy period receiving treatment, the Three Lions international did briefly come back on to the field.

But Maguire instantly fell to the turf again as Eric Bailly came off the bench to replace him.

The image of the skipper hobbling away while cause major panic for Solskjaer.

And after the game, the Old Trafford chief revealed Maguire could miss the Europa League final later this month.

Solskjaer said: “Hopefully [the Europa League final] will be OK with Harry. I don’t know.

“It was his calf or lower leg. I think the player landed on him and he twisted something.”

United sealed their passage to the Europa League final last Thursday as they cruised past Roma in the semi-finals.

They will now face Villarreal on May 26 to determine the competition’s winners – and they will be desperate to have Maguire in their backline for that.

But the Norwegian will not be the only manager sweating over the extent of the damage suffered by the big defender.

Gareth Southgate‘s England kick-off their European Championship campaign next month at home to Croatia on June 13, with Maguire a key figure in the Three Lions chief’s preferred back-five.

Despite losing their talisman, United came from behind to kept their slim title hopes alive.

Goals from Bruno Fernandes, Marcus Greenwood and Edinson Cavani sealed a 3-1 win to keep them clear in second-place behind leaders Manchester City.