JOSE MOURINHO hopes Gareth Bale will be able to step up to help fill the void at Tottenham caused by Harry Kane’s expected absence.

Spurs fear striker Kane could be out for SIX WEEKS after injuring both ankles against Liverpool. 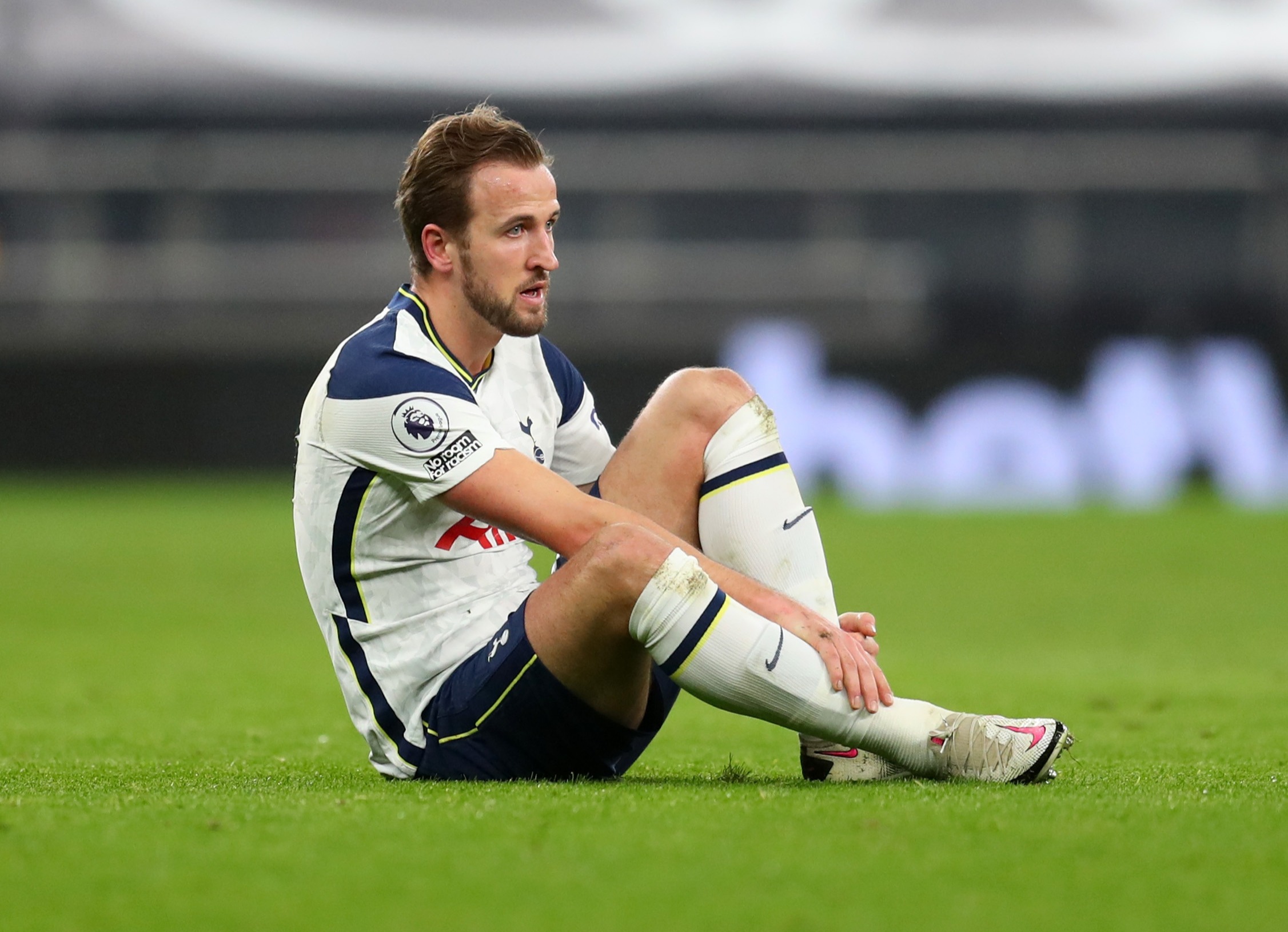 Mourinho insists the England captain is irreplaceable, but he is looking to Bale to soften the blow.

The Wales superstar has made just one Premier League appearance since rejoining Tottenham on loan from Real Madrid in September.

But having recovered from a recent calf injury, he came off the bench in the 81st minute against the Reds after playing the whole of Spurs’ 4-1 FA Cup fourth-round win at Wycombe on Monday.

Asked if Bale could now kick on and help lessen the impact caused by Kane’s injury, Mourinho said: “I hope so. He didn’t play much. He played 16 minutes with the team losing 3-1 and Liverpool controlling the game.

“But he played 90 minutes at Wycombe in the cup, which for him was a big impact. So it’s a crucial moment for him. He’s getting better and better.

“When you lose a player of Harry’s dimension and quality the other guys have to step up and hopefully he can help us.”

Mourinho does not expect Bale to play as a striker where he has played for Real Madrid in the past.

The Spurs boss said “I don’t think he is a striker. It was something we spoke about when he joined us and he was very objective with me by saying he doesn’t feel he is a left winger or a No10 like he was before. 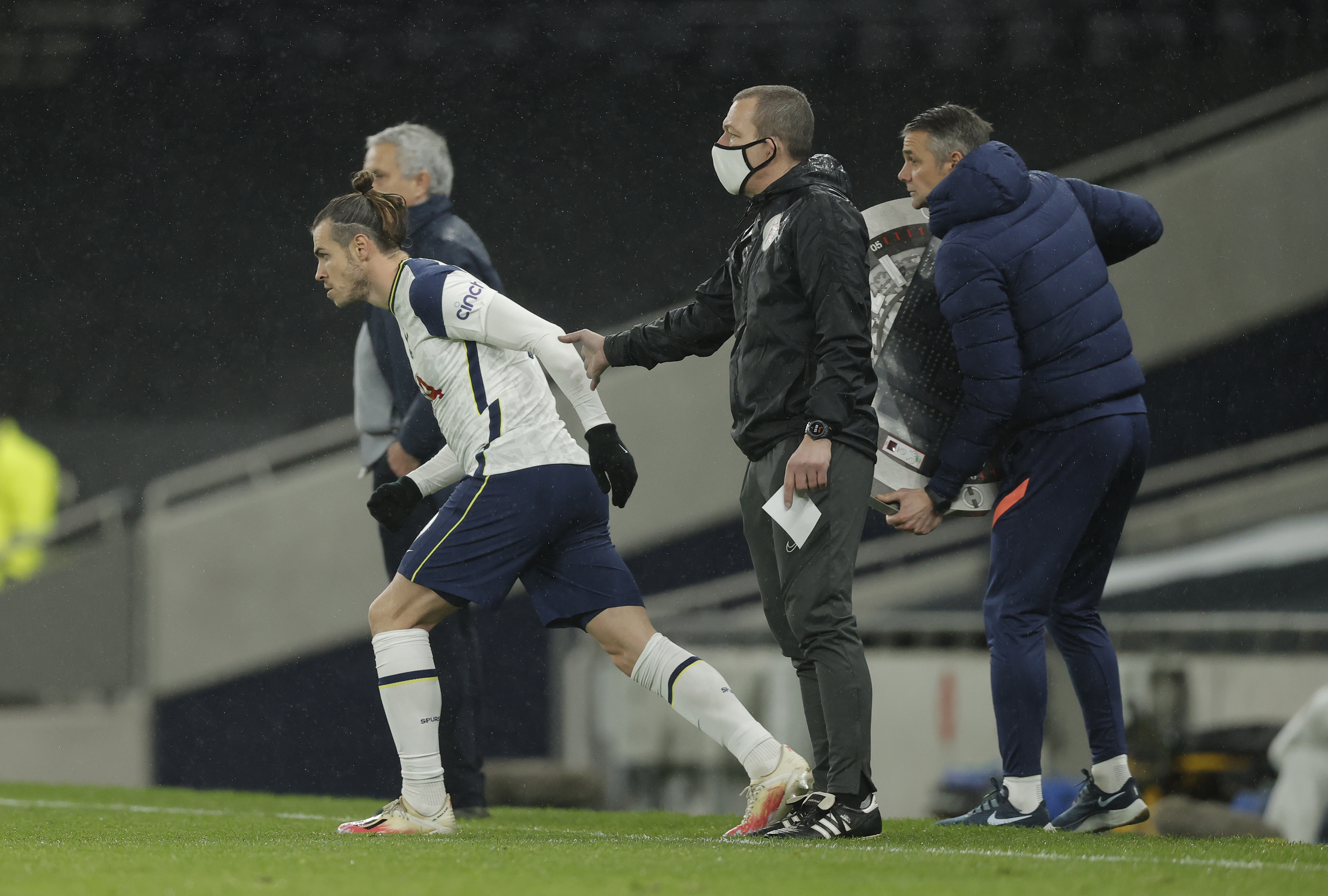 Gareth Bale entered the fray late onCredit: Guardian News & Media / Free to use by all titles in perpetuity under NMC agreement

“The position he likes to play is where he plays every minute we give him and that is on the right side of attack.”

Kane was subbed at half-time against Liverpool after taking knocks on both ankles.

He needed treatment on his left ankle after landing awkwardly following a challenge with Jordan Henderson.

He had also hurt his right ankle in an earlier challenge with Liverpool midfielder Thiago Alcantara.

The striker, who has a history of ankle issues, continued before being replaced by Erik Lamela during the break.

Mourinho said: “The second injury was worse than the first one. He was coping with one but couldn’t cope with both.

‘NOT A NOTHING INJURY’

“For Harry to leave a game when the team is losing is not a nothing injury.

“There are some players you can’t replace. When it happens it happens, but I believe we have to fight against it, we cannot do anything else.”

Kane, 27, is set to undergo scans this weekend – when the swelling on his ankles has gone down – to determine the extent of the injuries.

Mourinho said afterwards he hoped Kane would be out for a ‘few weeks’ – but privately Spurs medical chiefs fear it could be twice as long as that.

Mourinho said: “Harry Kane is Harry Kane. There are players in some teams who are not replaceable.

Mourinho will also be without left-back Sergio Reguilon for a month after he suffered a muscle injury in training on Tuesday.

While right-back Serge Aurier is set to be fined for storming out of the stadium following his half-time substitution and alleged dressing-room bust-up with skipper Hugo Lloris – in which glasses were smashed and ice and food splattered all over the floor.