PERHAPS it was part of Gareth Southgate’s masterplan to get Harry Kane angry.

The England manager admits that his captain is desperate to break Wayne  Rooney’s all-time scoring record – yet left him out of Thursday’s turkey shoot against San Marino. 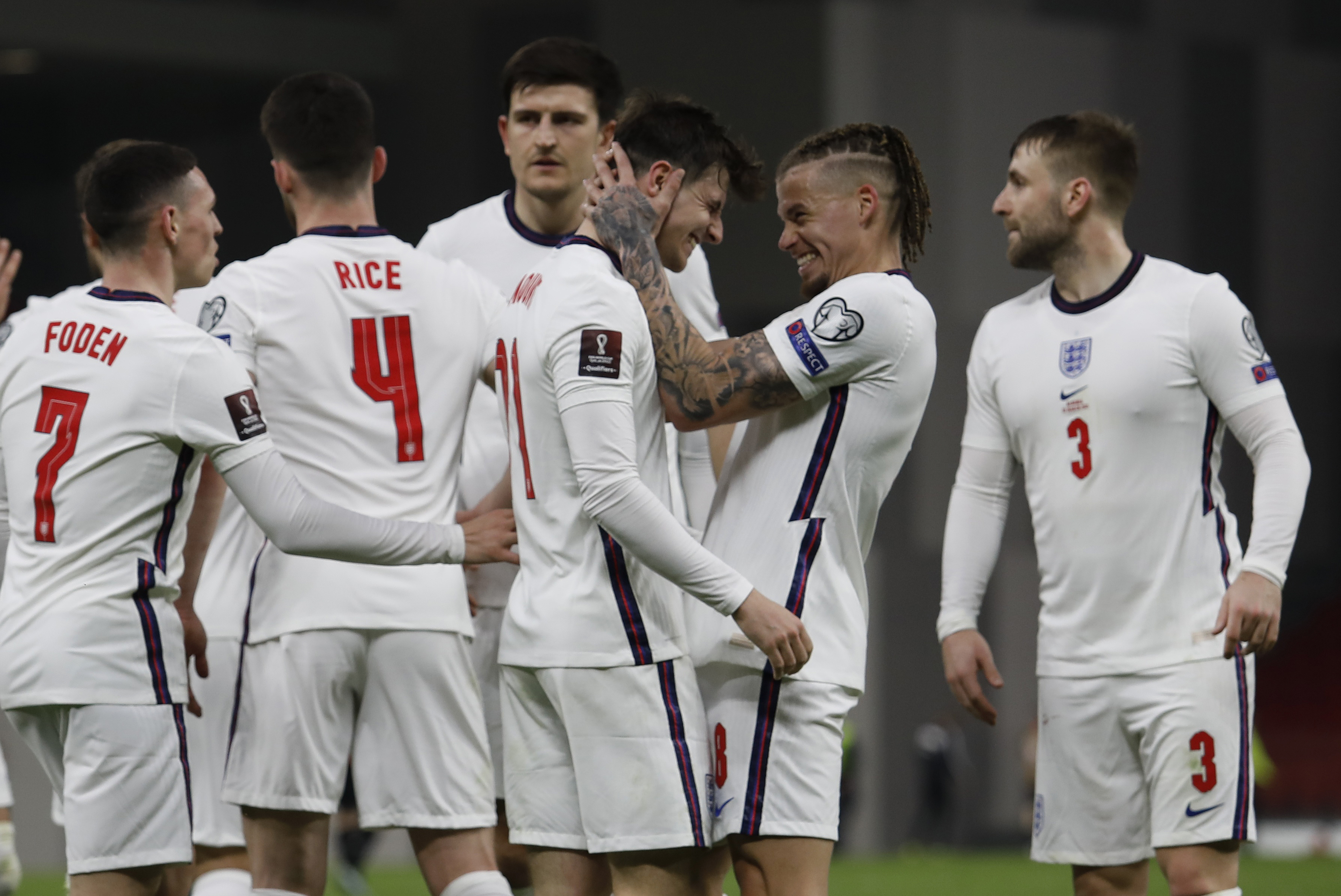 England maintained their 100 per cent start to World Cup qualification in AlbaniaCredit: Reuters 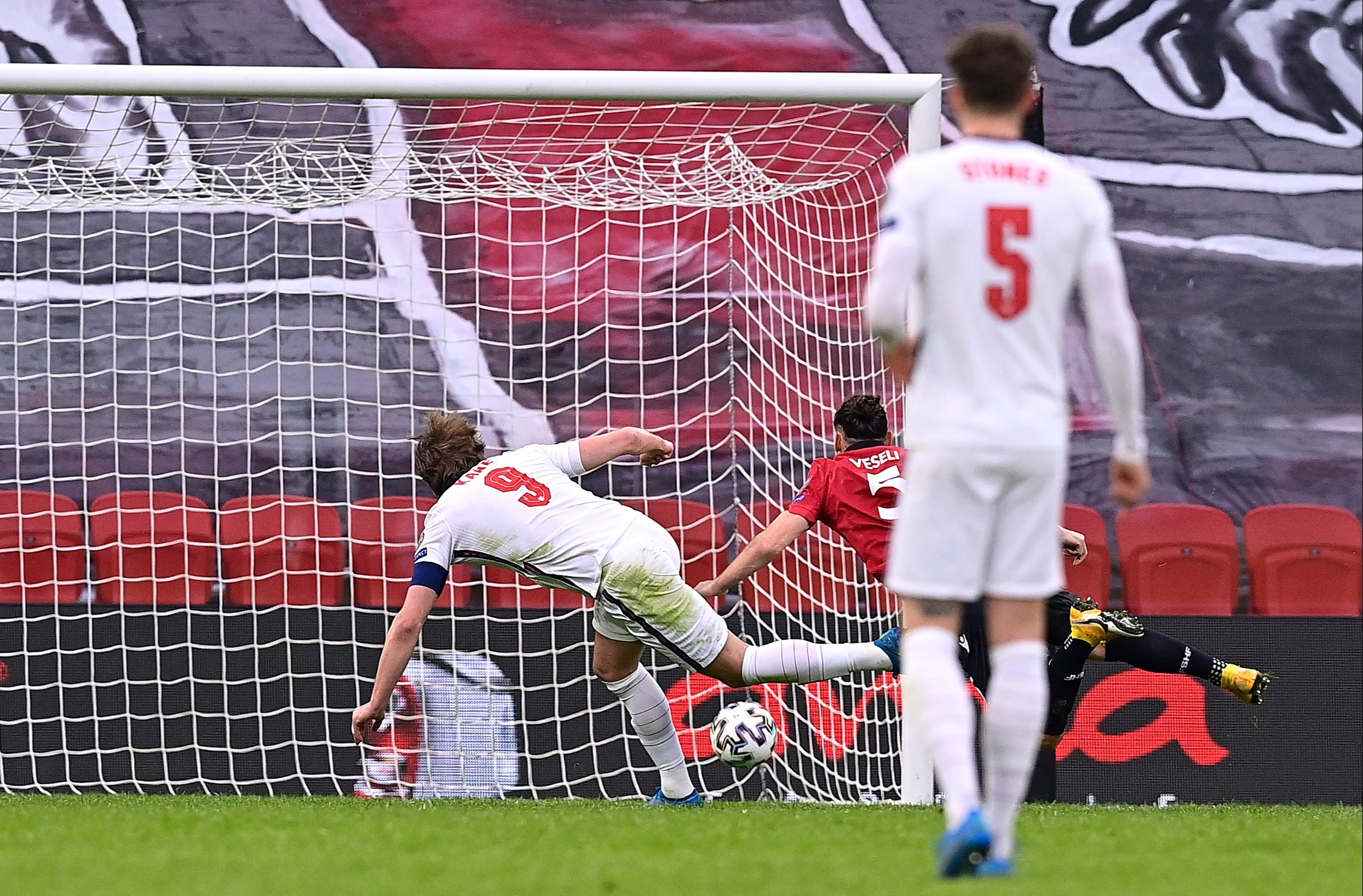 Harry Kane fired the Three Lions ahead before the breakCredit: Getty 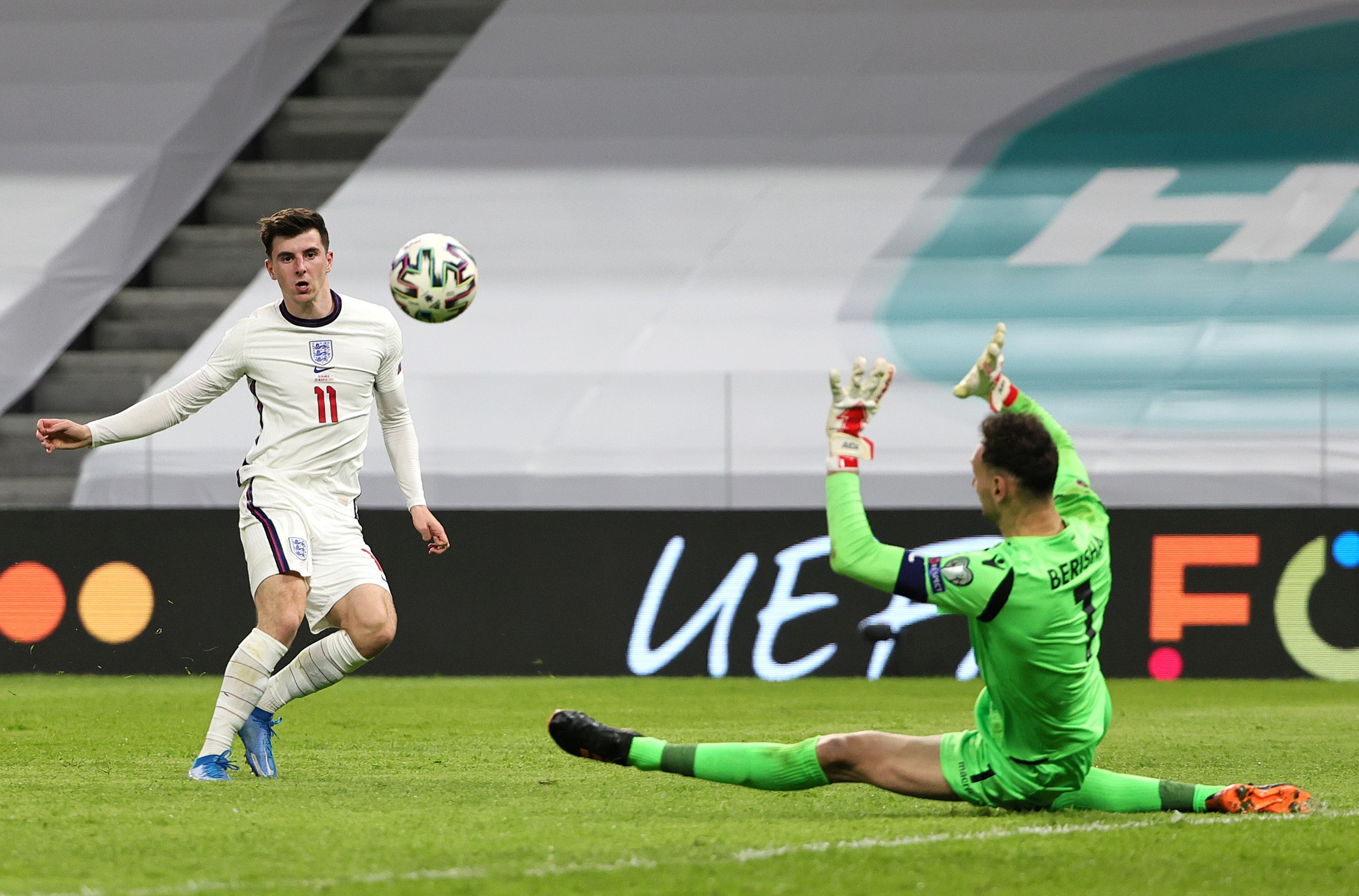 Mason Mount then doubled the advantage to seal the 2-0 win in the second periodCredit: Getty

But as soon as Kane was restored to the England line-up, he netted his first international goal since 2019, with a stooping header to calm nerves after a shoddy opening half-hour on a horrible playing surface.

Kane moved to within 20 goals of Rooney’s record of 53 – and might have had a hat-trick before he assisted Mason Mount’s classy second which killed off this World Cup qualifier.

Given the minefield pitch and plenty of Serie A experience in Albania’s defence, this was an acceptable England display – but little more than that.

They face a significant step up in class against Poland on Wednesday, when Robert Lewandoswki may well find himself facing three England central defenders.

For half an hour, this match was struggling to gain the nation’s attention, with gripping finishes at the Grand Prix and the cricket.

Southgate’s men played well for half an hour either side of half-time, scoring twice and hitting the woodwork twice more.

But they finished it untidily and there are significant improvements needed before this summer’s Euros.

For all the injuries Southgate has suffered, nine of this starting eleven could easily kick off that tournament against Croatia in June.

Perhaps only the injured Jordan Pickford and Jordan Henderson would come in, although neither full-back position is nailed down.

Luke Shaw was handed his first England cap since 2018 – indeed he had played only 60 minutes of football in Southgate’s four-and-a-half year reign – and he provided the assist for Kane’s opener.

Southgate went with a flat back four, but with Kalvin Phillips retaining his place as a second holding midfielder alongside Declan Rice, this wasn’t a gung-ho line-up.

Albania, though, are not the whipping boys of decades gone by – they qualified for the Euro 2016 finals, and had won their previous four matches, although they started this campaign with only a 1-0 win Andorra last week.

And Southgate’s men were almost caught with their pants down inside 13 minutes when Albania broke from an England corner.

With the Three Lions back-pedalling and out of shape, Myrto Uzuni was given a clear sight of goal, yet shot over.

England were struggling to find any zip in their passing and were frustrated by a solid Albanian defence.

Mason Mount won England a free-kick on the edge of the area but Southgate had left his dead-ball specialists, James Ward-Prowse and Kieran Trippier, out of the team and Kane shot straight into the wall.

It was sloppy, stodgy, unimaginative stuff from England and keeper Nick Pope’s kicking, especially on a bobbly surface, looked like an accident waiting to happen.

And it took 32 minutes to force a save out of keeper Etrit Berisha – this an optimistic long-ranger from Kyle Walker.

But seven minutes before the break, England finally put a decent passiving move together – and they scored.

Raheem Sterling slipped a pass to Mount, who laid back for Shaw who guided in an artful cross for Kane to get ahead of his man and send a stooping header inside the far post.

There was a touch of Alan Shearer about the finish – but Kane really ought to have had a second minutes later.

This time Sterling lashed in a centre from the left and Kane sent a half-volley crashing against the bar from just four yards out.

That would have killed it by half-time and six minutes into the second half, England hit the woodwork again.

Mount released Sterling, who dribbled past his man and laid off for Phil Foden, whose shot was pushed on to the post by Berisha.

There was far greater ambition and a far higher tempo in England’s attacking play now – and from a Foden, Kane snatched at his shot and skied it.

England’s second was a pleasing show of ruthlessness as Sterling seized on a loose defensive pass and fed Kane, who angled a pass for Mount to lift it over Berisha with a velvet-booted finish.

It was Mount’s fourth goal in his last 10 England appearances – yet some still claim his managers over-rate him.

After England had wasted one set-piece too many, Southgate sent on Ward-Prowse for Phillips and the Southampton man soon delivered a cross which Sterling botched and Kane earned a booking as he attempted to gobble up the afters.

Delay to $1,400 stimulus checks for those on Social Security blamed on lack of funding as Americans desperate for help