PERNILLE HARDER’S second-half rocket blasted a dent in Arsenal’s Champions League hopes with Chelsea consigning the Gunners to a 3-0 loss.

A late Fran Kirby goal and a brace from Harder and saw the champs open up a TWELVE point lead over their London rivals, and go three clear at the top of the WSL. 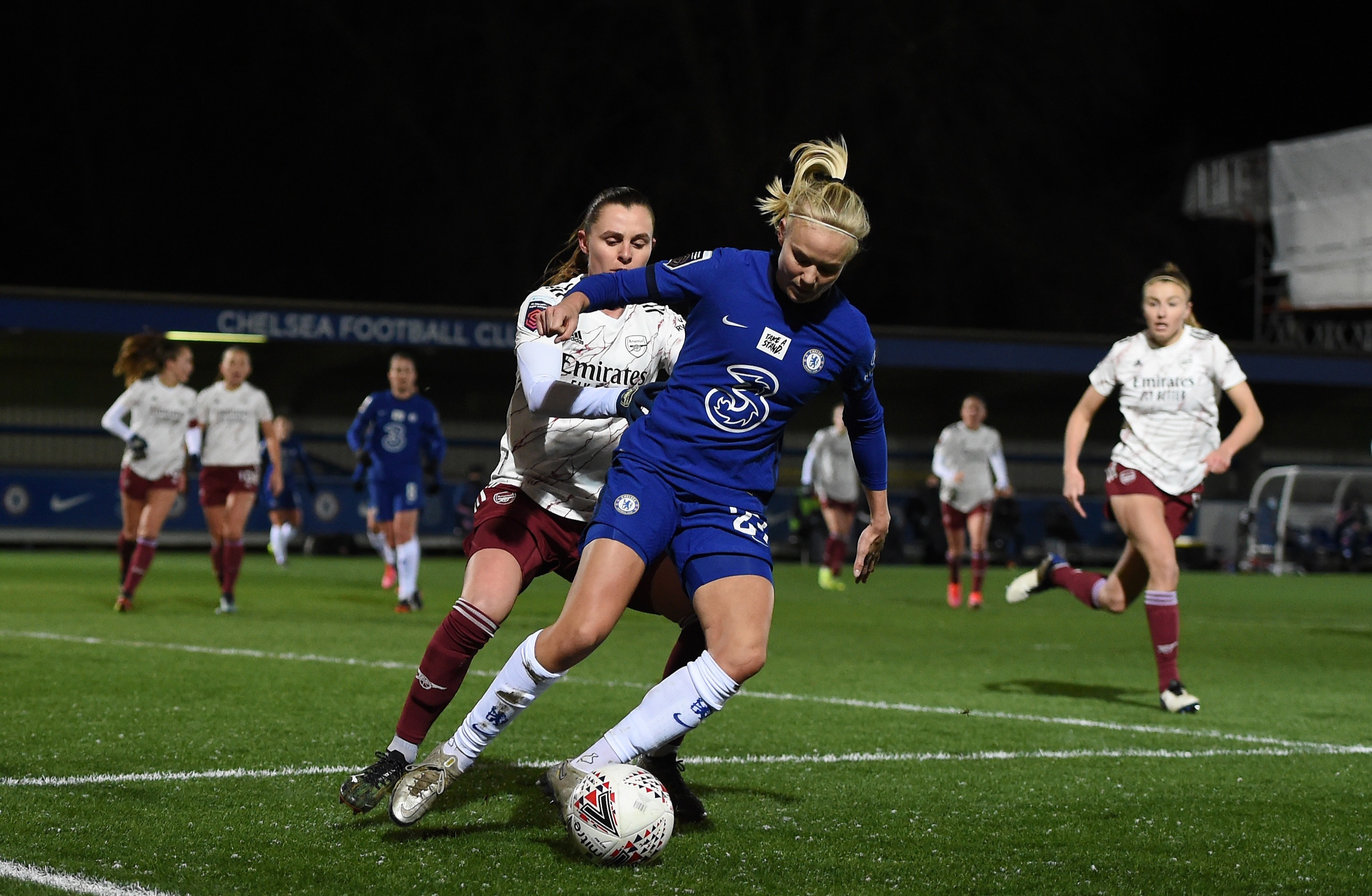 Chelsea have opened up a three-point gap at the top of the Women’s Super LeagueCredit: Getty Images – Getty 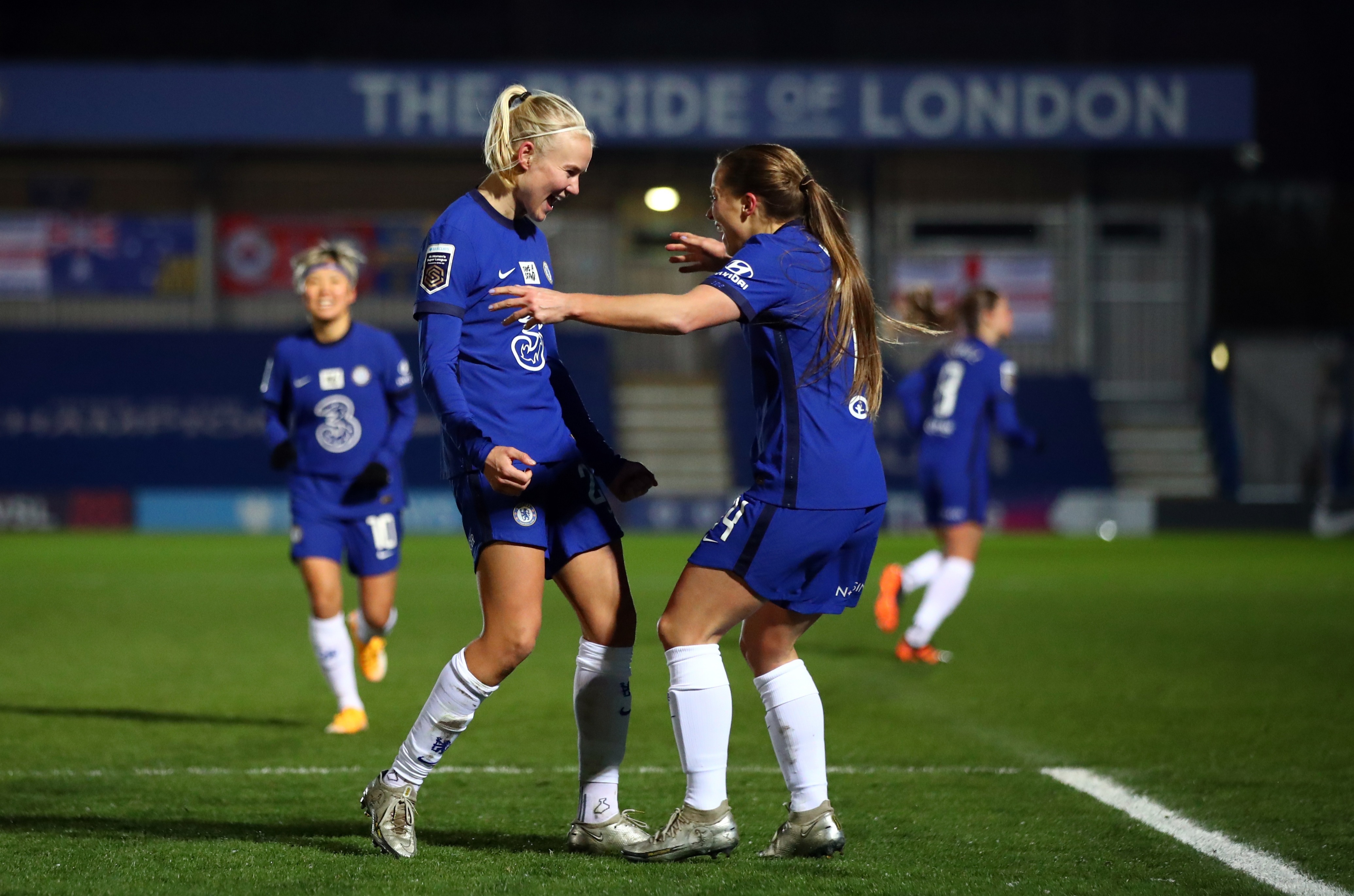 Harder and Fran Kirby were both on target against Arsenal for the WSL championsCredit: Getty Images – Getty

Blues boss Emma Hayes said: “I thought we started the game well with our press, but then we got a little bit overrun.

“I think once we got the goal in the second-half there was only going to be one outcome, to be honest.

“We can talk about Pernille Harder and her goals because she certainly showed the dressing room her quality as did Fran.

“But for me the real performance was in the team’s defending.”

Hayes’ aces flew out of the blocks eager to make amends after Brighton ended their record unbeaten run at the weekend.

And they were all over their visitors in the first quarter with Ji So-yun nutmegging Lia Walti to tee up Kirby who forced a save from Lydia Williams.

Arsenal grew into the encounter at the halfway stage of the first-half.

And they had the best chance of that period with Vivianne Miedema prompting a superb reflex kick save from Ann-Katrin Berger at the half-hour mark. 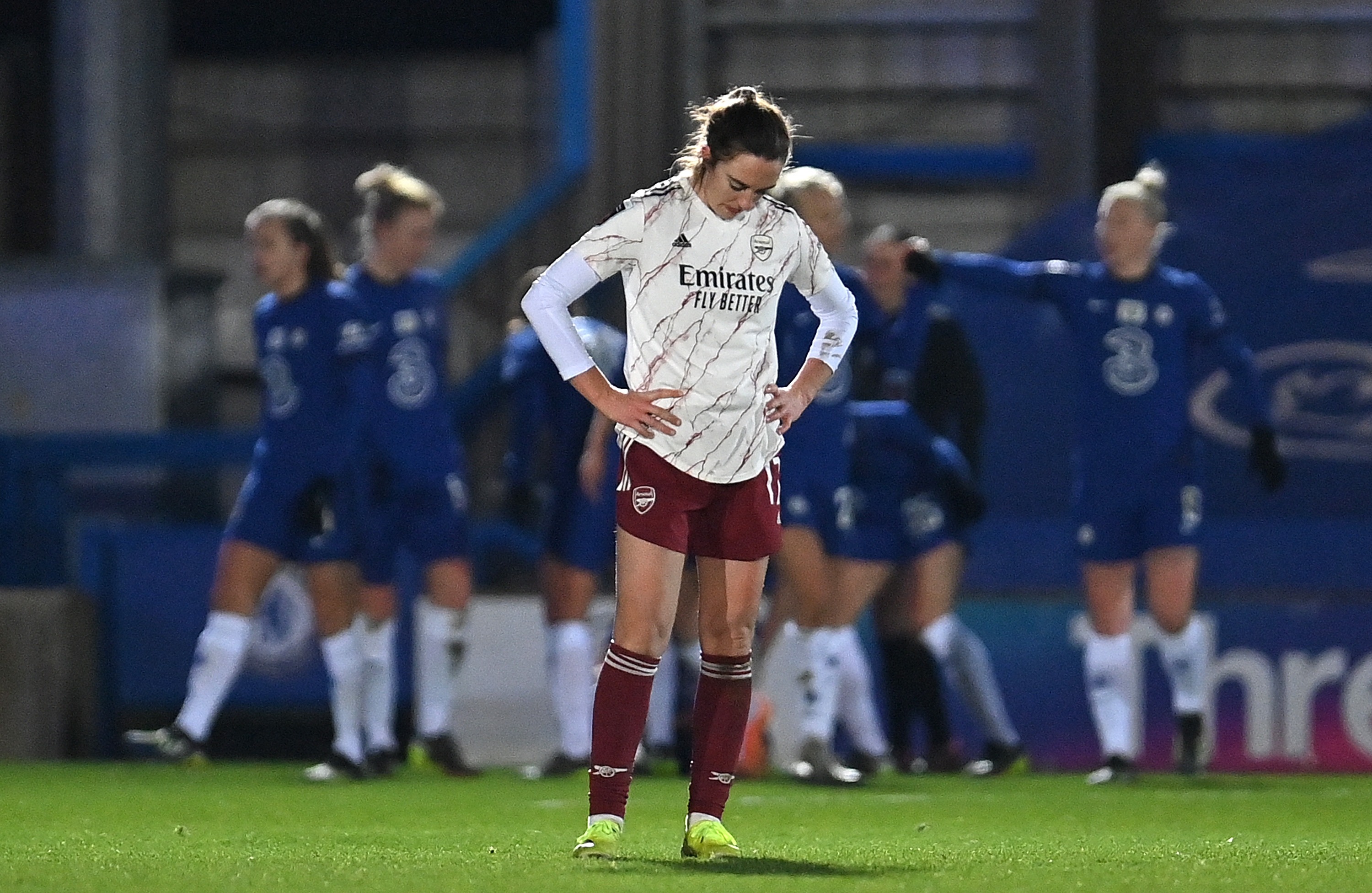 Arsenal will be hoping to pick up their first win of the month when they play Aston Villa nextCredit: Getty Images – Getty

At the other end Kirby forced a fine stop from Williams, with the Aussie ace keeping out the Chelsea forward’s angled effort several minutes later.

But the 0-0 scoreline didn’t last too long in the second-half with Harder once again demonstrating why Chelsea whipped out the cheque book to sign her.

The Denmark ace opened the scoring in the 47th minute beating Williams with a swerved drive.

In the end, it’s the level of their quality that unlocked us

And the midfield maestro was on target again ten minutes later stunning the Gunners with a thumping strike blazed over Williams into the net.

Joe Montemurro’s aces had a chance to pull one back with Katie McCabe forcing a fine save from Berger with 11 minutes of normal time remaining.

But Kirby’s stoppage-time effort wrapped things up for the hosts who visit Bristol next.

And Arsenal will head to Aston Villa with a record of one win from their last five games.

Montemurro said: “They (Chelsea) are a very, very good team with a good squad and powerful players. 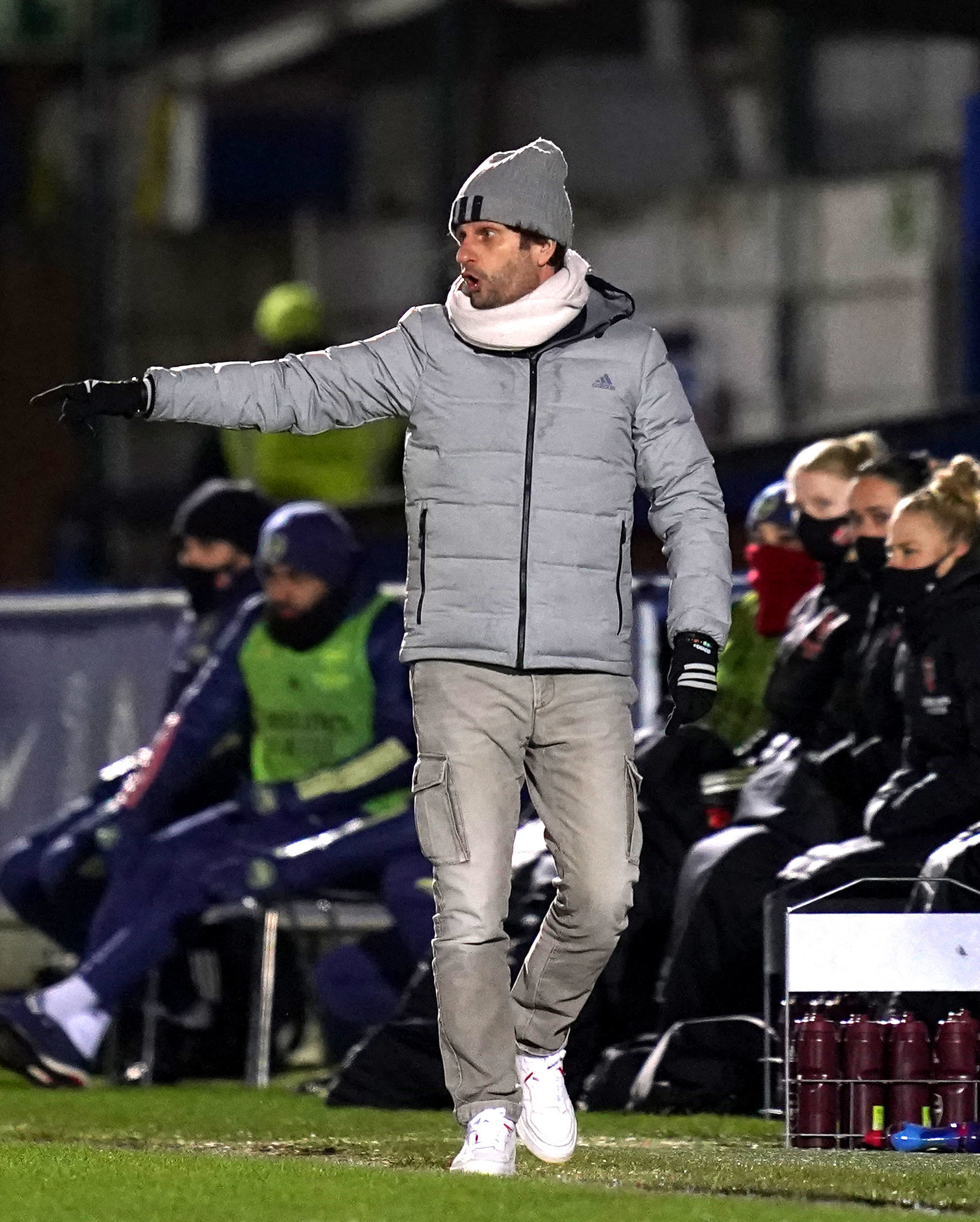 Joe Montemurro’s Gunners are seven points adrift of a Champions League spot with City above them in thirdCredit: PA:Press Association

“In the end it’s the level of their quality that unlocked us.

“Mathematically there is still a lot to play for but realistically sometimes you have got to set other targets.

“We have a Champions League spot to play for, we’ll keep going.”

Suspect, 24, arrested for murder as cops search river after man ‘killed woman then hid her body’