REVITALISED Arsenal moved back into the top half of the Premier League with one of the most impressive victories of Mikel Arteta’s reign.

And they did so in spite of getting off to the worst possible start after falling behind within the opening six minutes. 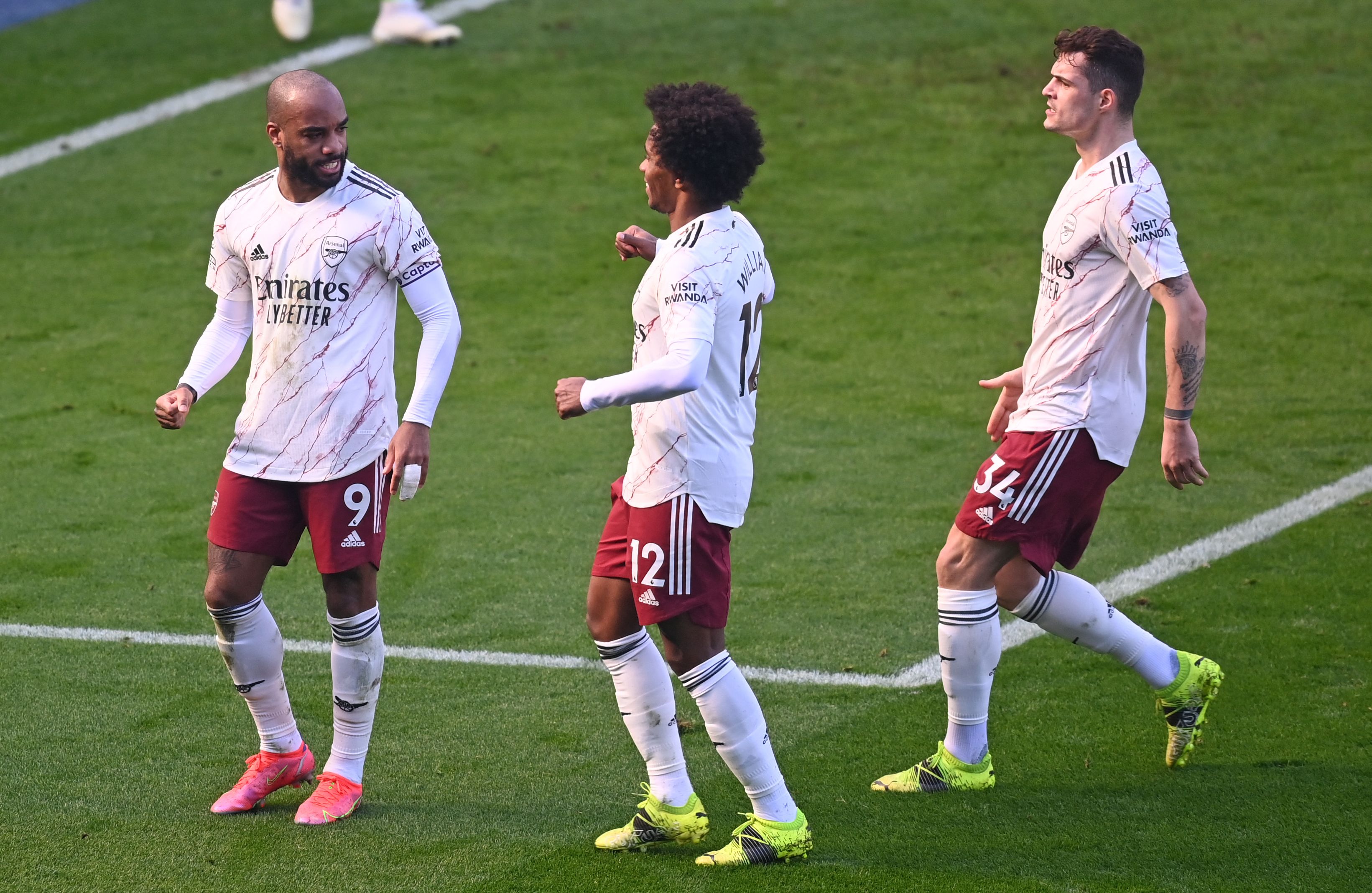 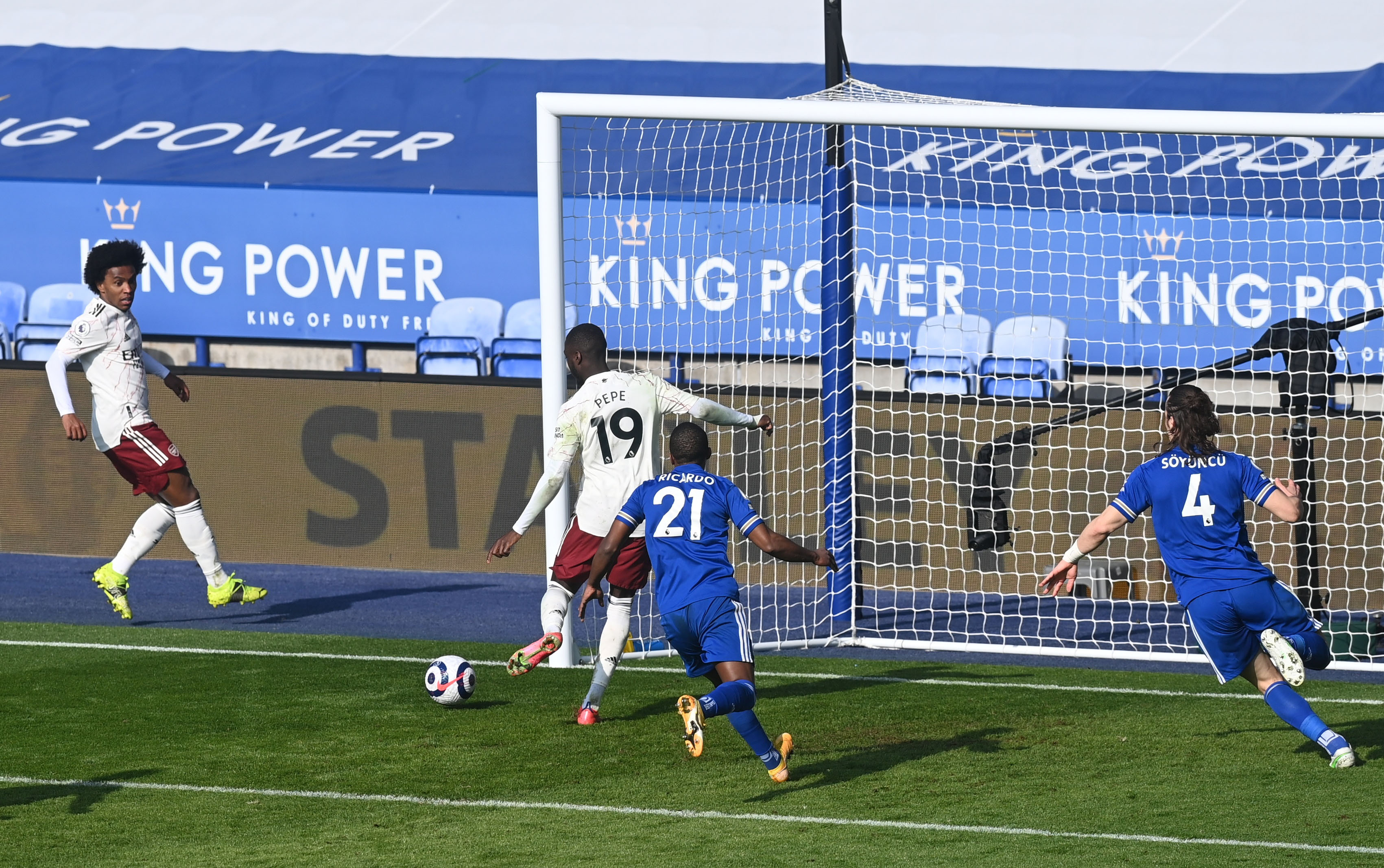 Granit Xhaka’s attempted pass to Willian was picked off by Youri Tielemans on the halfway line and the Belgian international was somehow allowed to run unchallenged all the way into the Arsenal area before firing an angled shot into the far corner.

Arteta has repeatedly warned his players about switching off after conceding early against both Aston Villa and Manchester City in recent weeks.

But it seems that his message is still falling on deaf ears.

They thought they had forced their way back into the game in the 13th minute when Nicolas Pepe was tripped by Tielemans and referee Paul Tierney pointed straight to the penalty spot.

But VAR David Coote had other ideas and spent an eternity studying the challenge over and over again before ruling that the foul had been committed milimetres outside of the area.

That was a real kick in the teeth for the Gunners, particularly as Pepe’s fiercely struck free-kick was headed away by Luke Thomas.

But in spite of dominating possession and stringing multiple passes together, they were still struggling to test Leicester keeper Kasper Schmeichel.

They finally got the reward their efforts warranted when David Luiz got away from Timothy Castagne to apply a powerful header to Willian’s 39th minute free-kick. 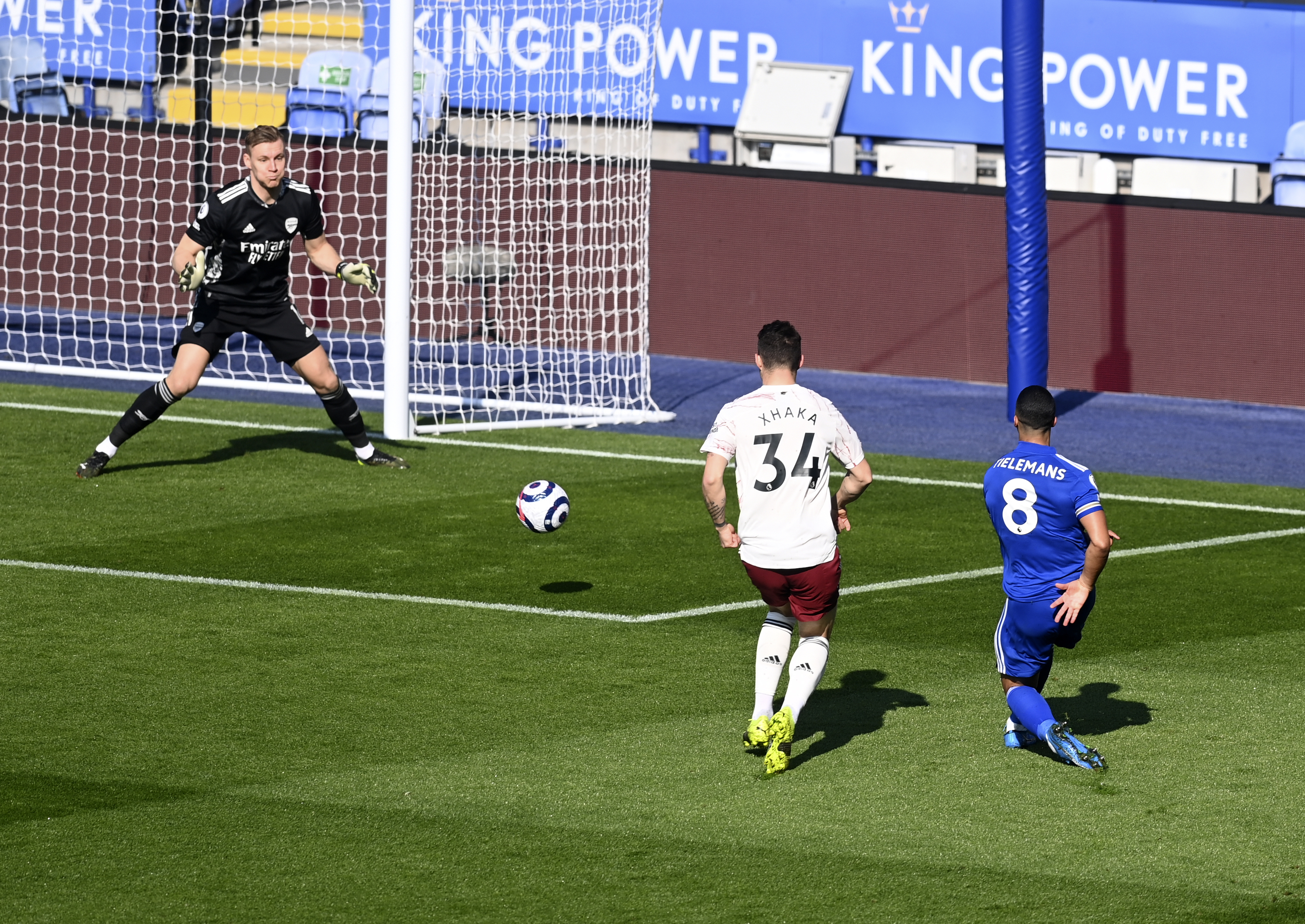 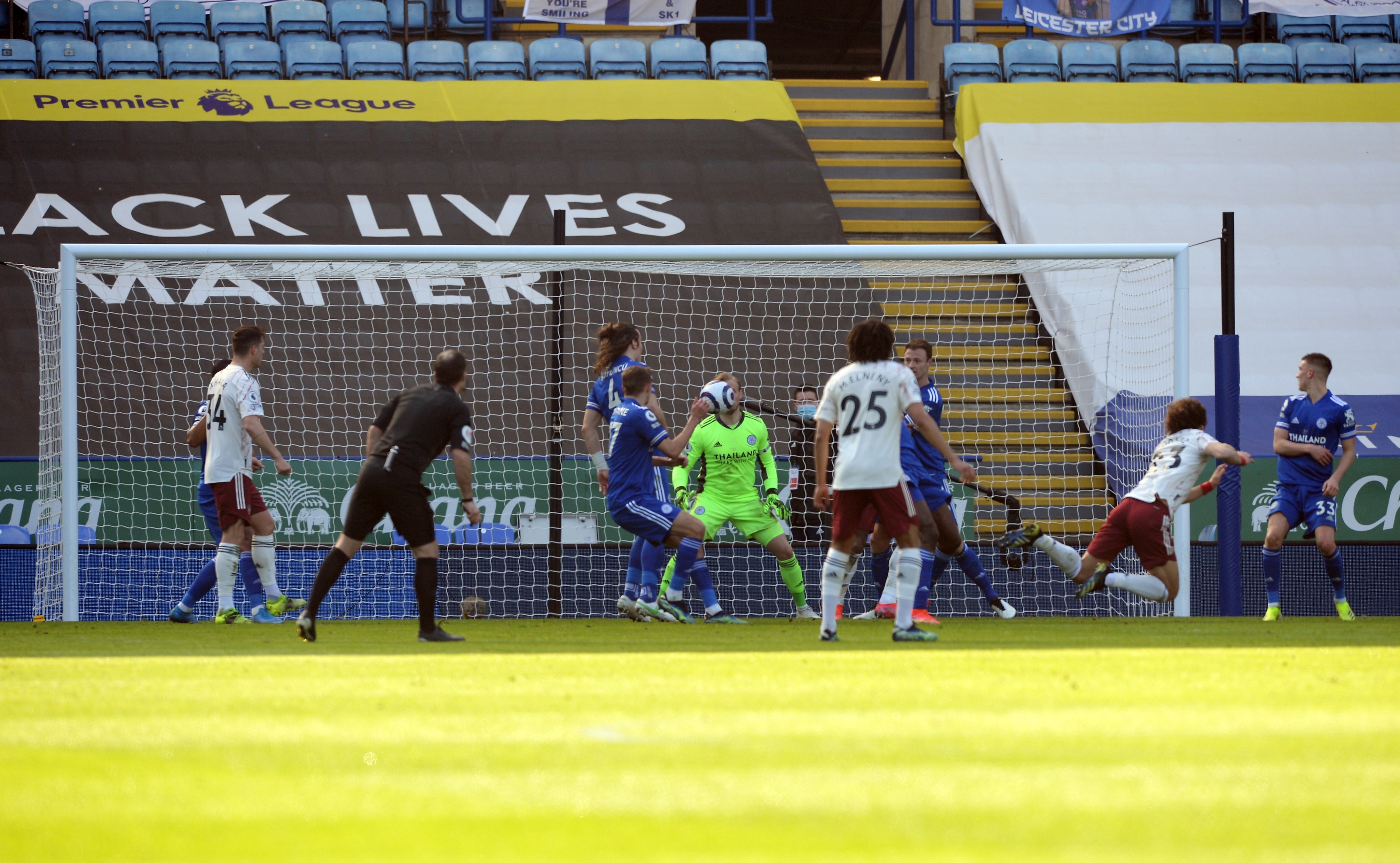 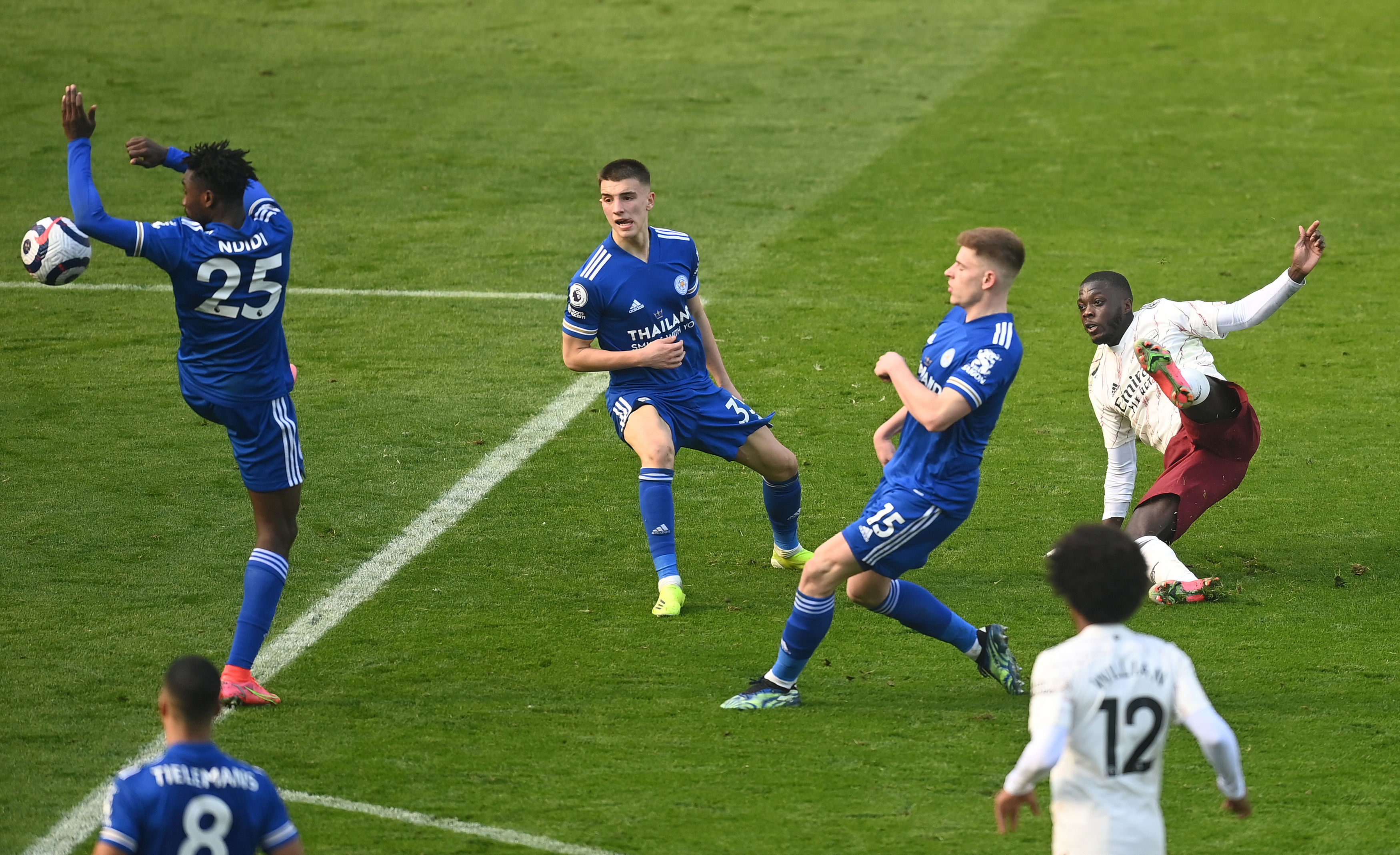 That was Luiz’s first Premier League goals since October 2019 and it could not have come at a better time for his struggling team.

And even better was to follow for the visitors on the stroke of half-time when Pepe’s powerful shot struck the raised arm of Wilfred Ndidi just inside the penalty area.

Once again it needed VAR Coote to sort things out but this one was much more clear-cut and though Schmeichel continued to argue the toss he was powerless to keep out Alex Lacazette’s spot-kick.

Leicester, already without the injured James Maddison, suffered a further blow shortly after the restart when Harvey Barnes hurt himself stretching for a Tielemans pass and had to be carried off.

And within a minute of his departure, Arsenal put the game to bed when Pepe walked the ball in from a yard following neat play by Martin Odegaard and Willian. 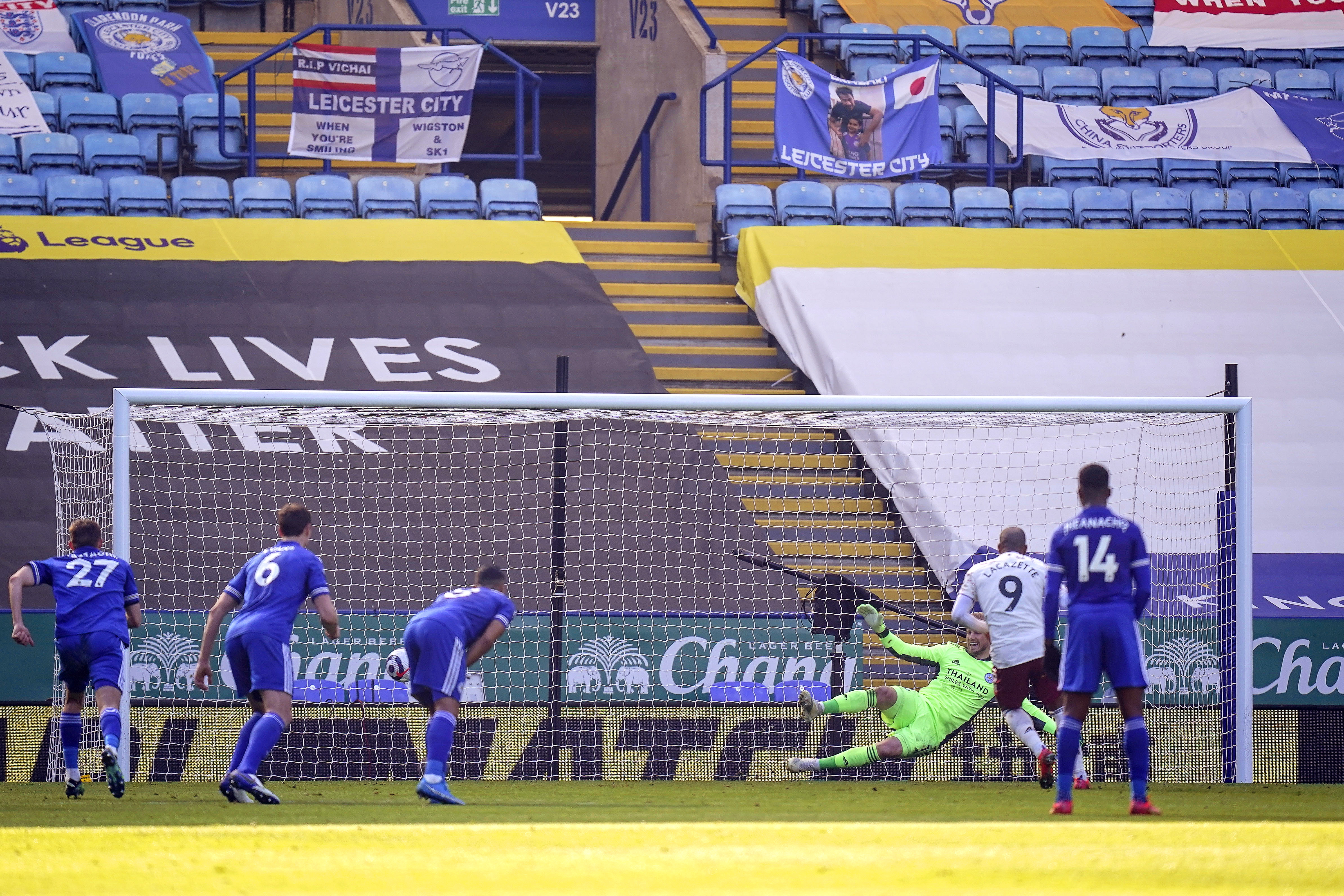 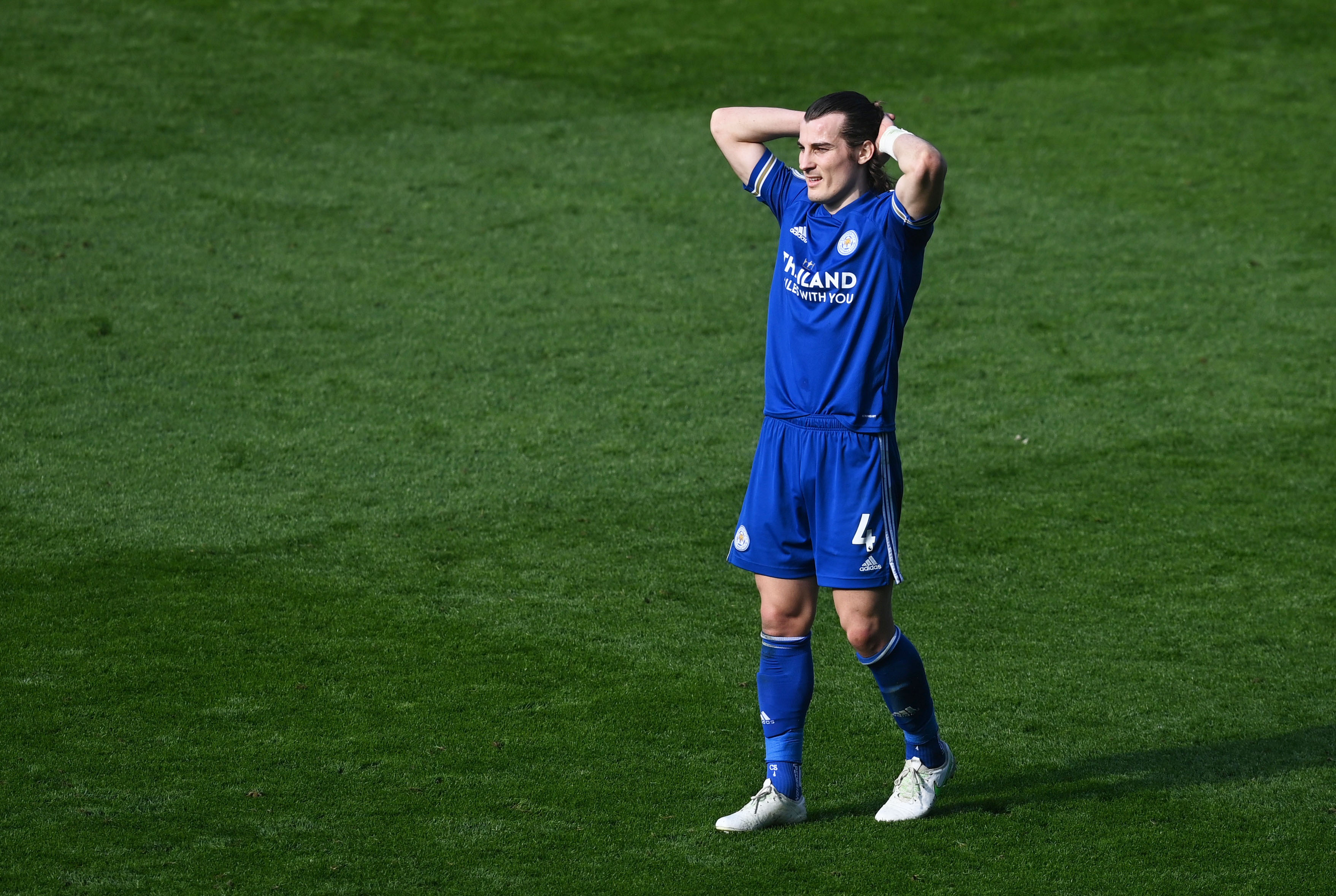 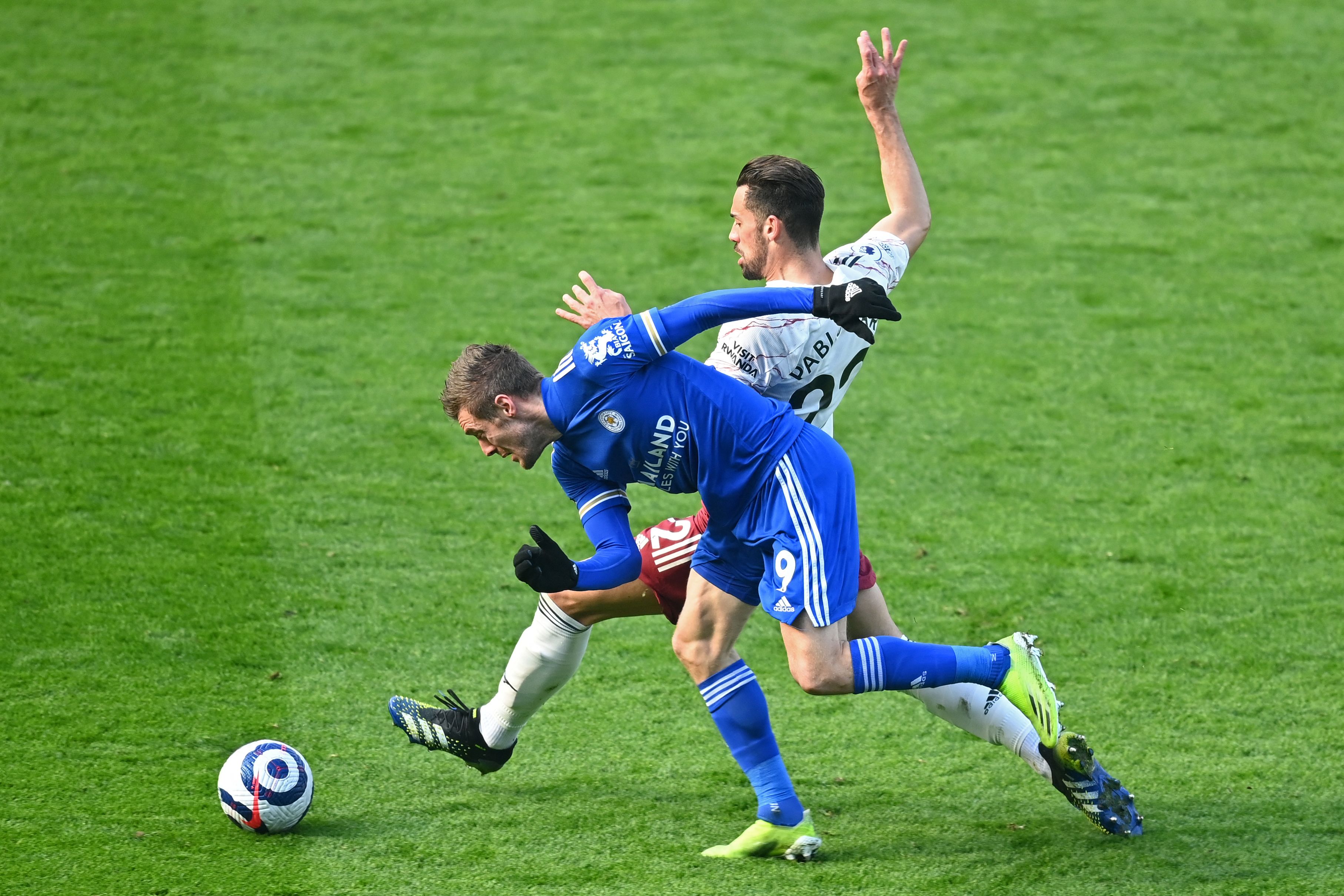