A Lotte Wubben-Moy’s header added to an early Millie Turner own goal as the Gunners held on to win despite playing with ten. 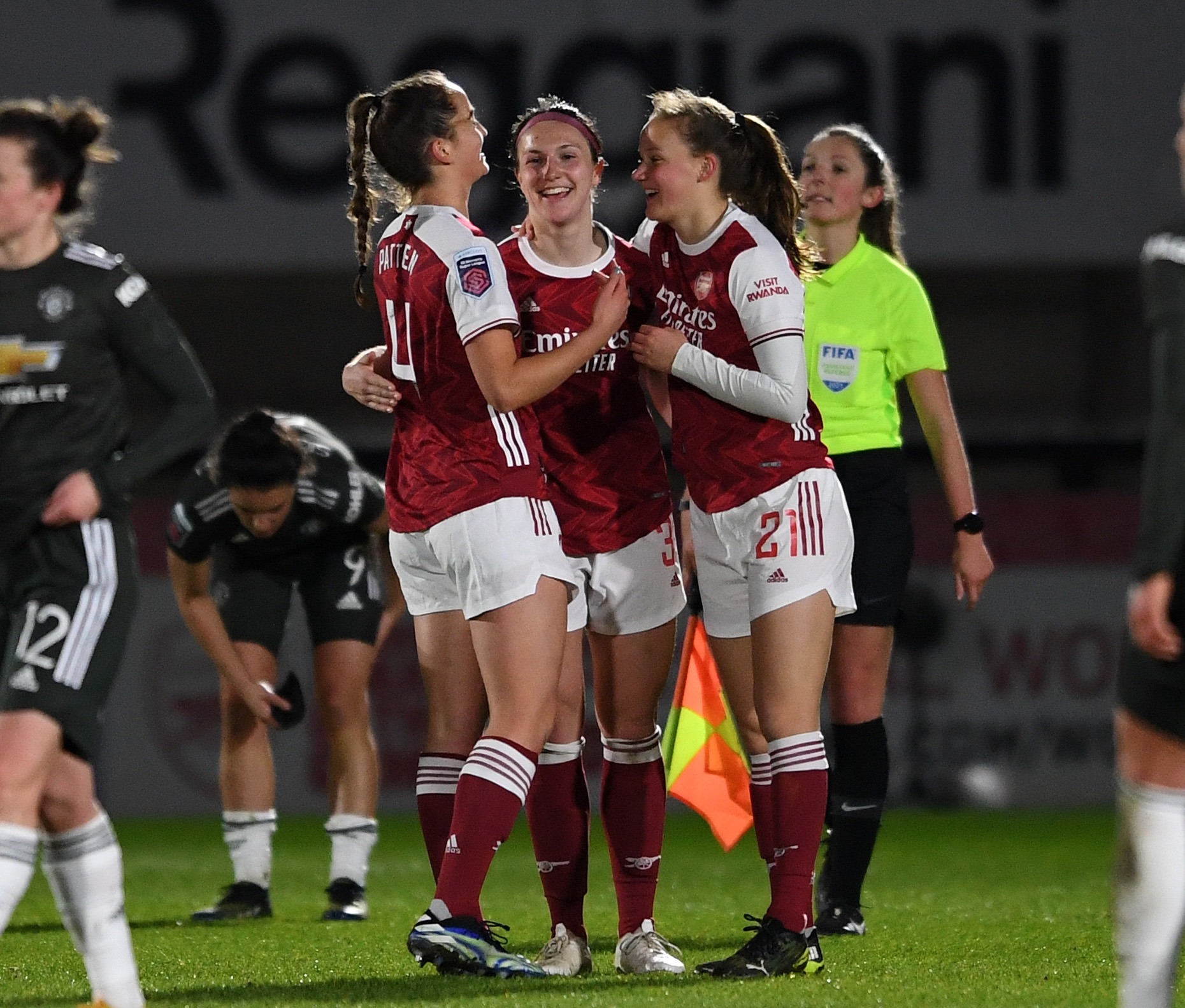 Arsenal are two points behind Man Utd with a game in hand following their 2-0 home winCredit: Getty 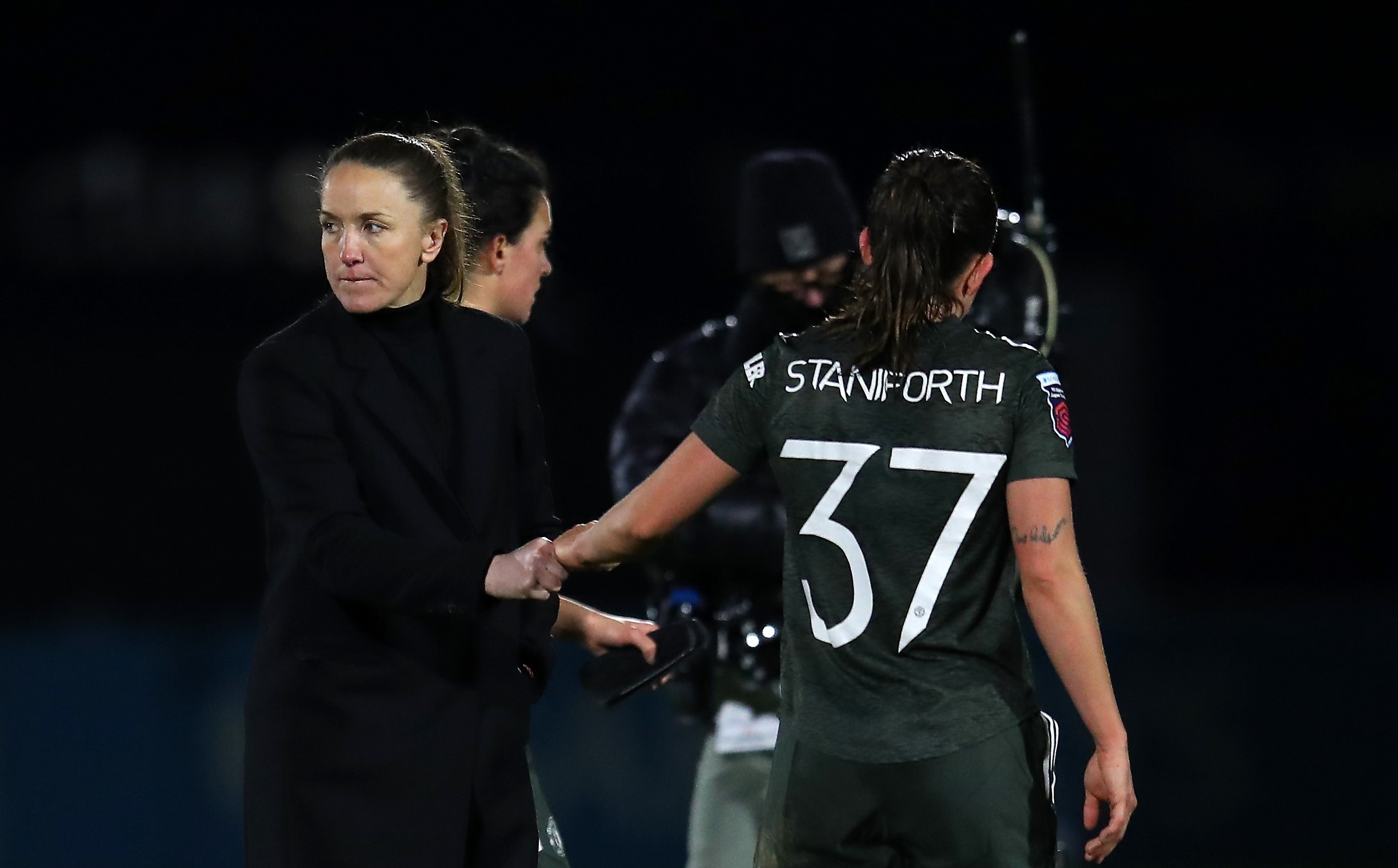 Casey Stoney criticised the quality of officiating that occurred during matchCredit: Getty

The impressive result leaves Montemurro’s side just two points behind United with a game in hand.

And their top three duel was not without some niggly tackles from both teams – with United boss Casey Stoney not impressed with Amy Fearns’ officiating.

Stoney said: “I didn’t expect as many fouls if I’m honest, but I think unfortunately if you don’t set the tone as a referee that’s the game you’re going to have.

“There were lots of fouls. I think we fouled and they fouled, I just felt in the first half one player on my team got fouled a lot.

“If Lauren James reacts to any of them, she ends up off the pitch yet she gets no protection.”

Arsenal began the game determined to mark their mark early.

And they were rewarded with an early opener with Caitlin Foord threading a pass to Jill Roord on the edge of the penalty area.

The Dutch ace’s goalbound shot deflected off Millie Turner’s right foot before hitting the back of Mary Earp’s net in the second minute. 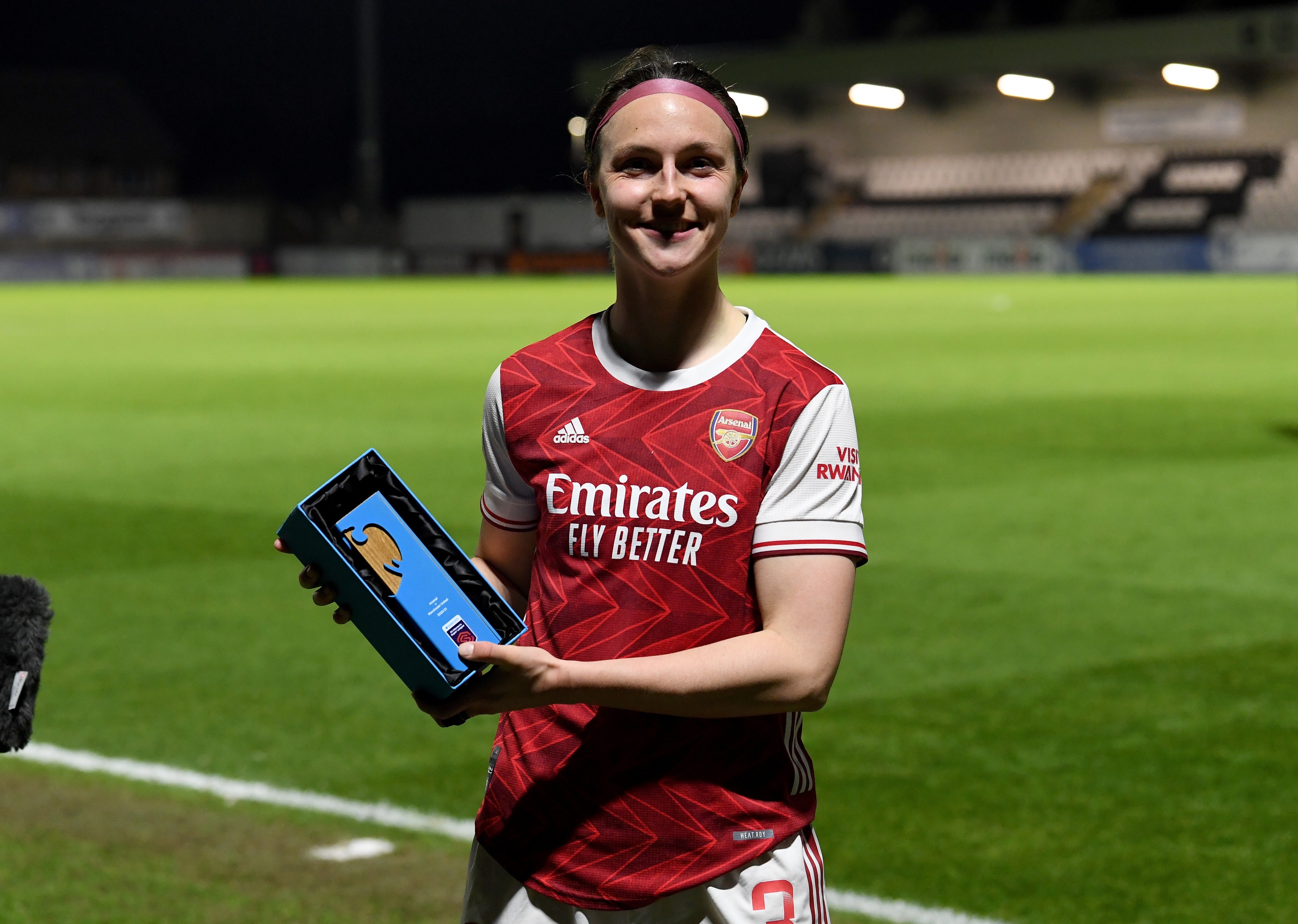 Lotte Wubben-Moy was on target for Arsenal’s second goal against Man UtdCredit: Getty

The Red Devils, stunned by the hosts’ opener, attempted to hit back immediately.

And they saw a number of chances go begging – including two glorious ones two close to the half-hour mark.

First, Lauren James found herself in space on the edge of the 18-yard box but blazed her shot over the crossbar.

And then Ella Toone before slid her effort wide.

Arsenal began the second-half as frenetically as they did the first.

And they were rewarded with Lotte Wubben-Moy’s towering header putting them two ahead following Katie McCabe’s superb corner kick.

But the hosts were forced to change to a 4-4-1 formation in the 52nd minute after Beth Mead received a second yellow for a lunge on Lucy Staniforth.

Arsenal, who are more used to dominating with their attacking play, dropped deep to protect their lead. 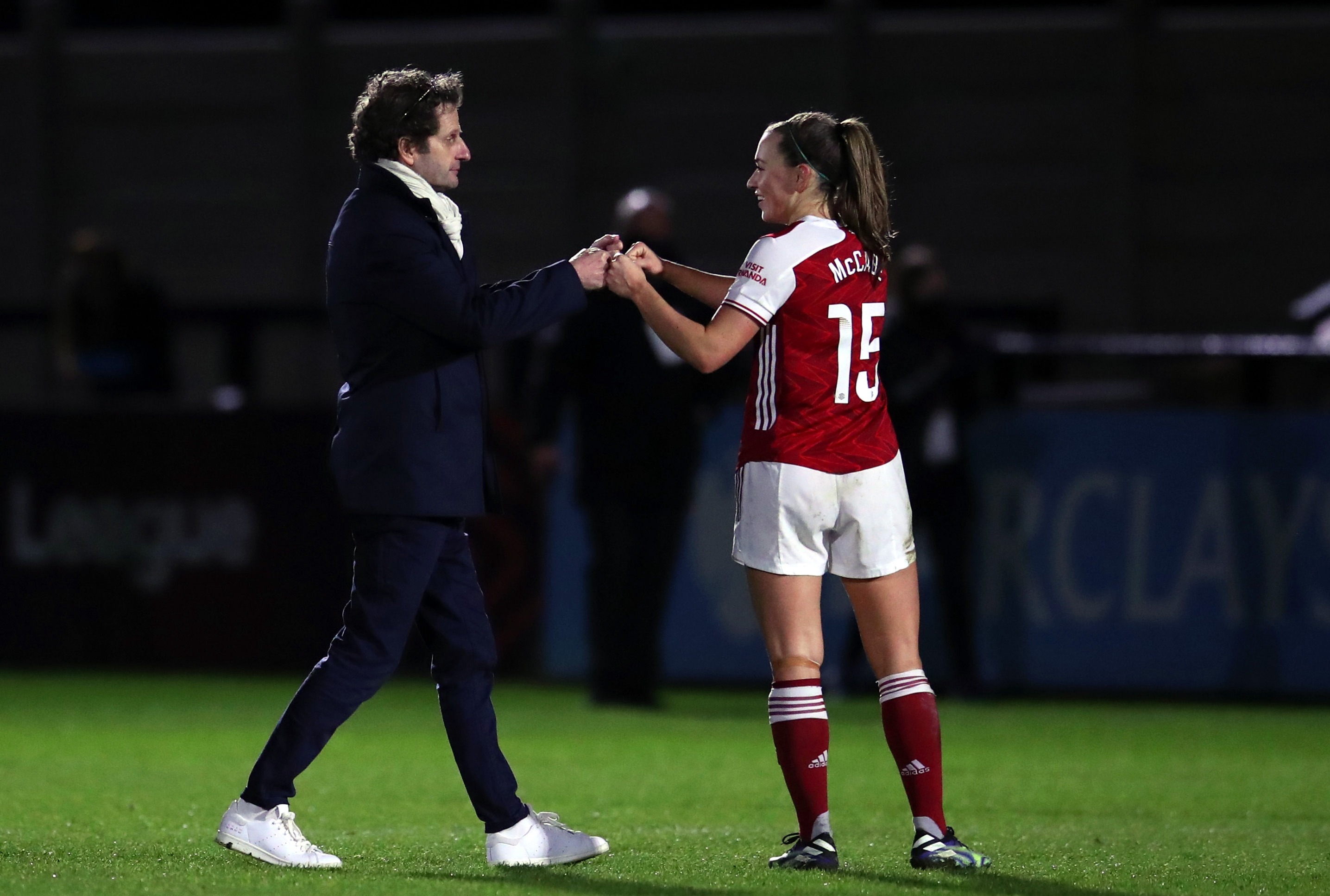 Joe Montemurro wants his players to focus on their derby clash with Tottenham nextCredit: Getty

And their opponents saw a goal disallowed in the 81st minute with Ella Toone judged offside.

Arsenal held on to their advantage to wrap up the points ahead of their derby with Tottenham.

Montemurro said: “There are still some very, very important games to go.

“We can’t lose focus and think that this is the game that’s gonna keep us in that [top three picture] .

“We need to keep focus and we’ve got an important game next week against Tottenham and we’ll start the work on that.”