For well over 30 years I’ve supported York City with varying degrees of enthusiasm or indifference that have almost always led me to miss the occasional achievements and witness long periods of mediocrity, or worse. I’ve watched an ever-changing cast of players who, with some honourable exceptions, have left an indelible blank on my memory. Leagues have come and gone. Relegations have outnumbered promotions. My club’s fortunes have risen and fallen, and fallen further still. But there was always one constant: Bootham Crescent, home of York City since 1932. 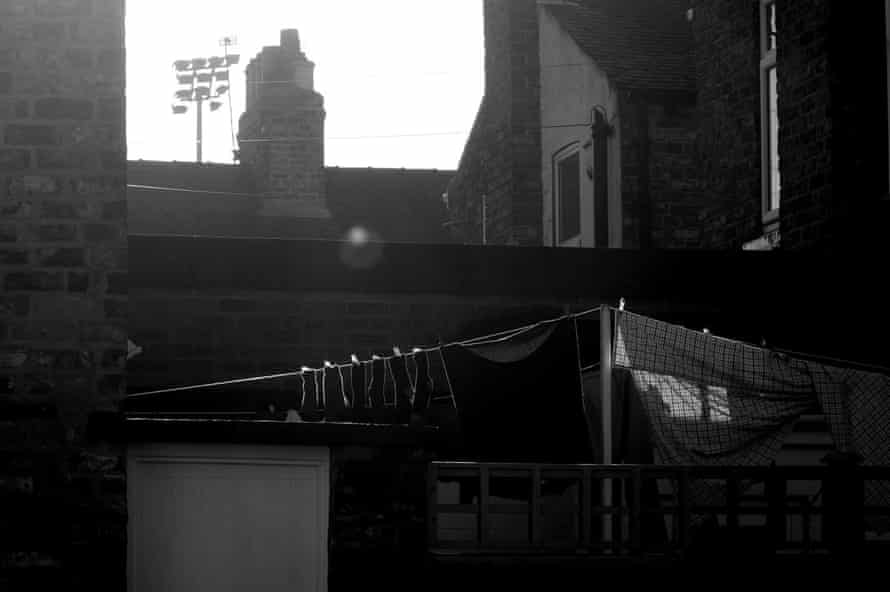 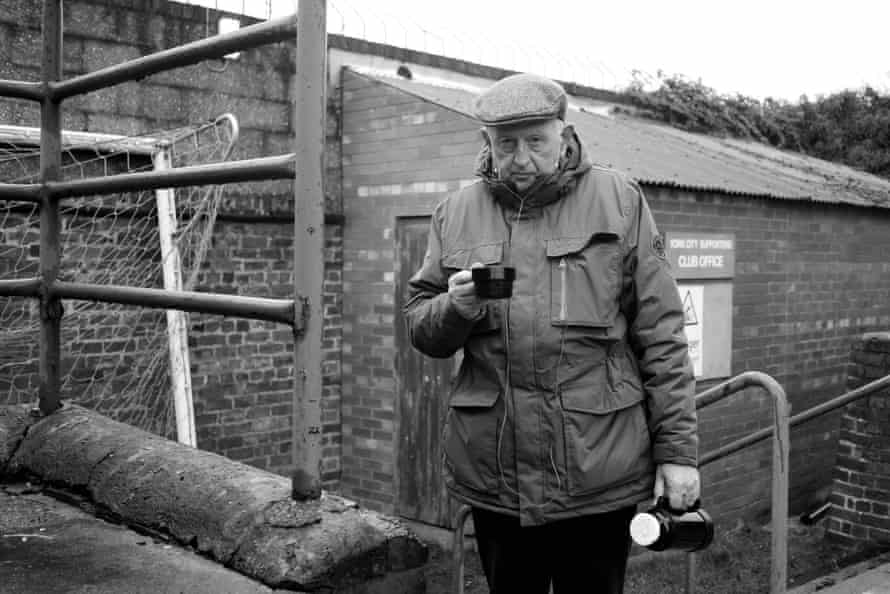 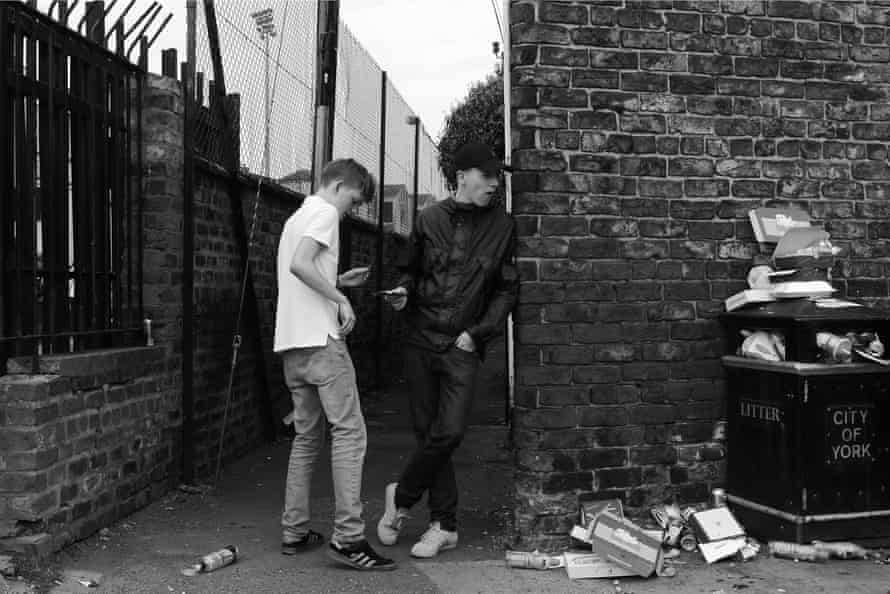 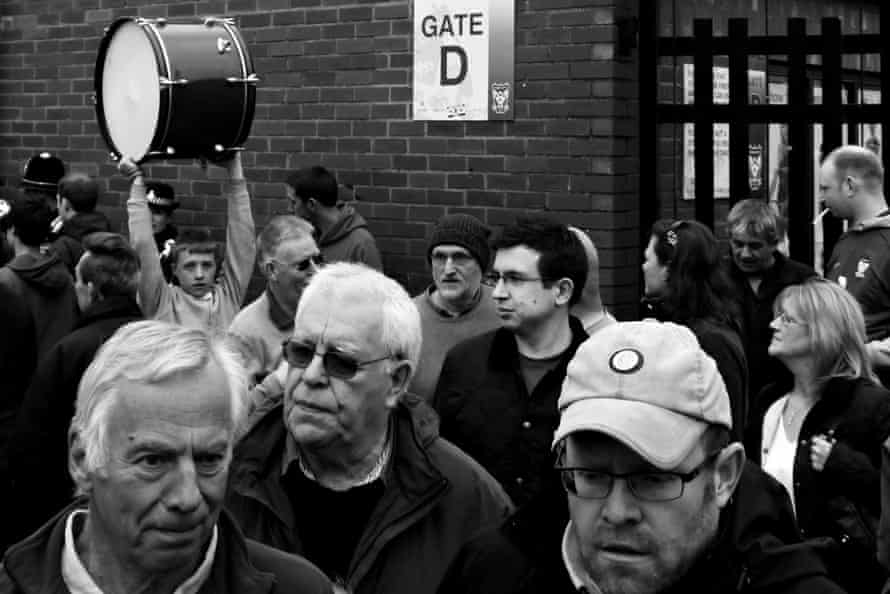 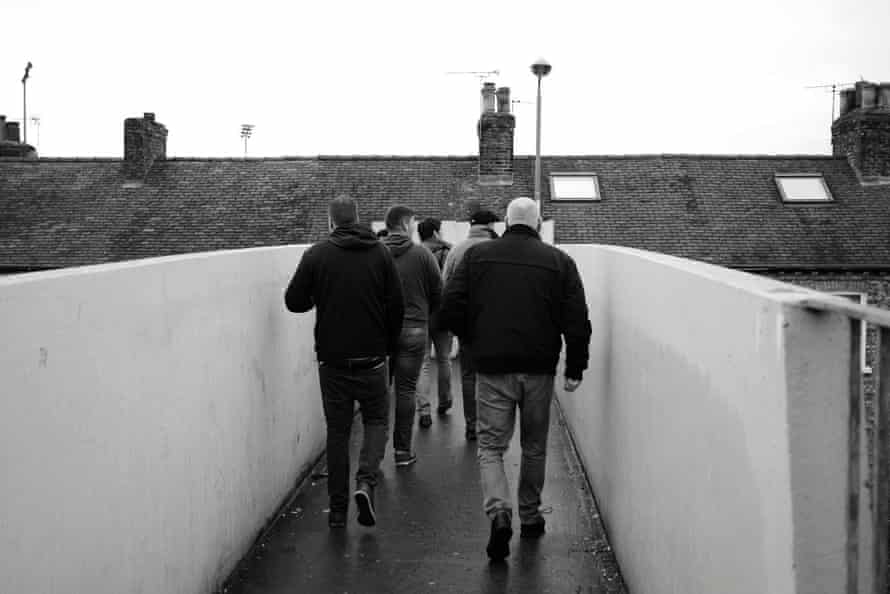 Sadly, however, the football club vacated Bootham Crescent in 2021 and now play in a shiny new all-seater community stadium on the outskirts of the city. How that came to pass is another story. But for the time being, at least until the housing developers move in, Bootham Crescent still sits among rows of terrace houses on the edge of the City’s historic centre. Bordered on two sides by a barracks and a primary school and with a railway running close by. 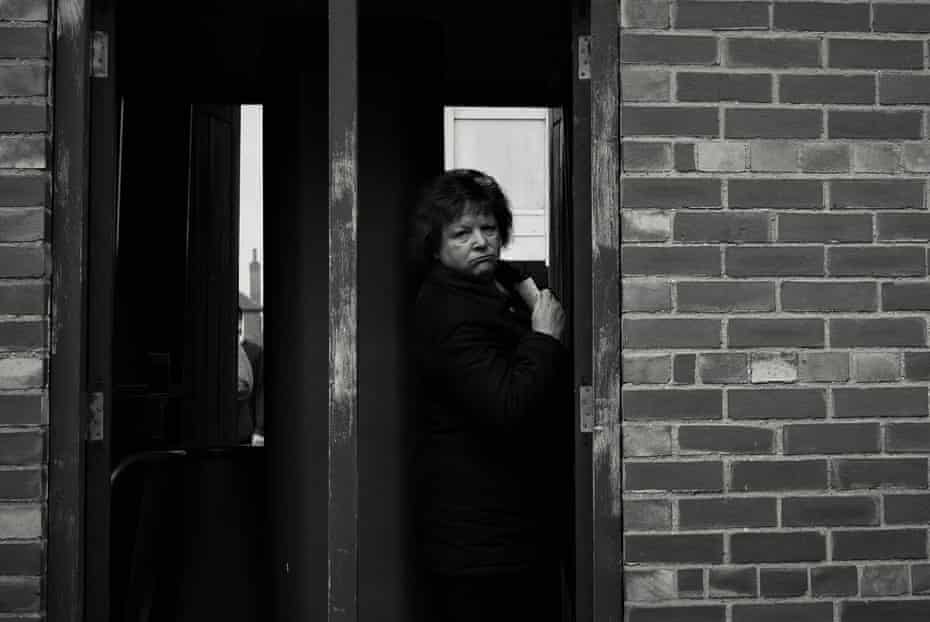 It is, to me, the epitome of a traditional English football ground from the period between the wars. Functional rather than beautiful perhaps but built on a human scale and, for 88 years, welcoming home and away fans at the end of the curving street whose name it bears.

Many of the ground’s original features survived right to the end thanks to the usual lower league mix of endemic financial problems and neglectful owners inhibiting development – plus more recently a long delay in planning, building and opening the new stadium. Bootham Crescent wasn’t exactly a time capsule but there were aspects of a visit that certainly harked back to simpler times for football when cash was king, seats were for posh people and sanitary toilets were considered a luxury beyond the need of the ordinary football supporter. 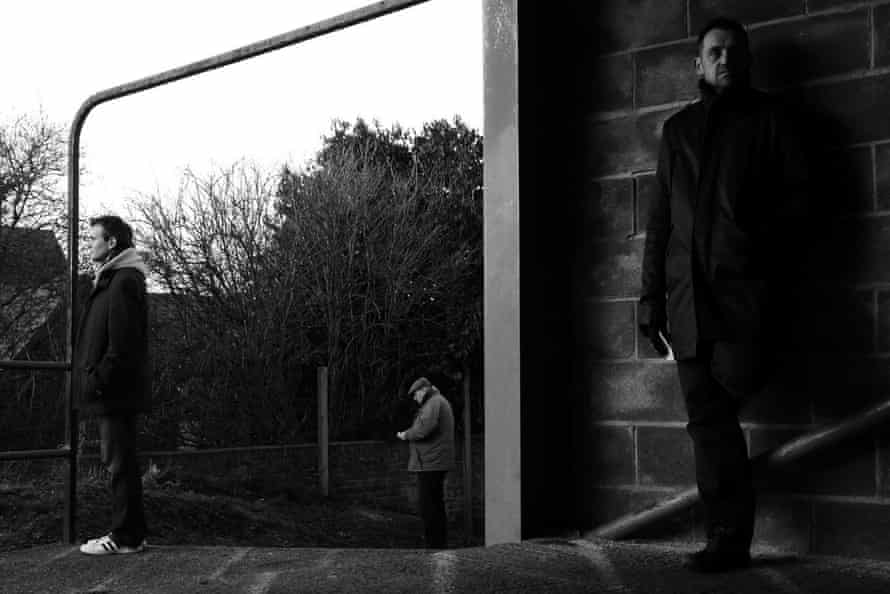 Even the players’ changing rooms retained their communal baths though long-since beyond practical use.

Most importantly for me while many grounds were “upgraded” to include seats for all supporters, Bootham Crescent kept two standing terraces. One at the Grosvenor Road End (away) and the other at the Shipton Street End (home).

The “Shippo”, as I knew it as a kid, was once entirely open to the elements but after the tragic death of York player David Longhurst during a match against Lincoln City in 1990 the terrace was roofed over and renamed in David’s memory. 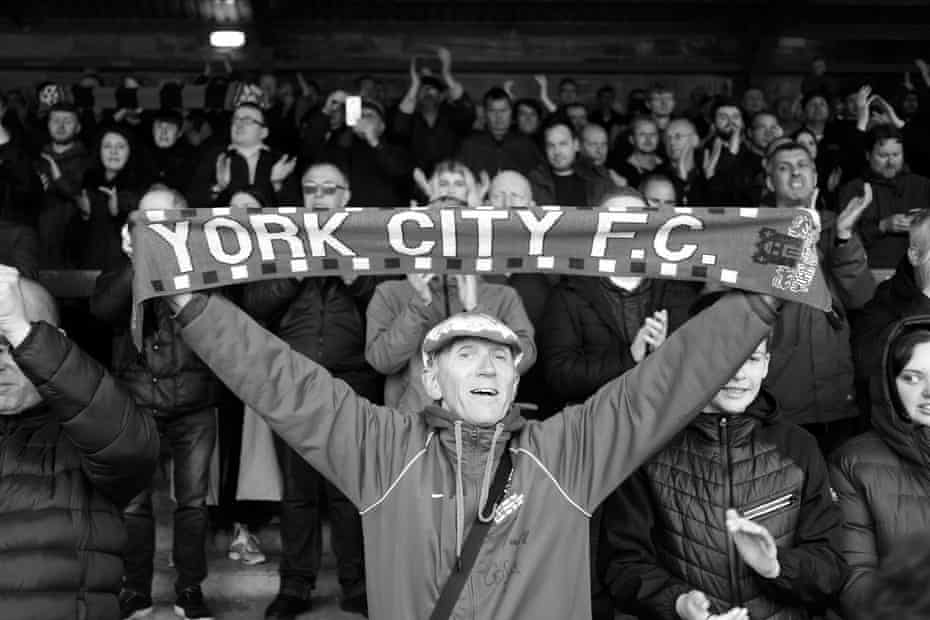 Oh to be a Yorkie

For me the David Longhurst Stand became a space free of the concerns of the outside world. Here in the comforting gloom I could meet old friends, make new ones, sing, chant, laugh, and now and then, almost incidentally, enjoy watching a game of football.

When, in 2017, it became clear our days together were numbered I began to take my camera to games with an idea to capture why this place meant so much to me and why maybe we should all value these places more than we currently do.

What I photographed and collected together in two photo-books is almost entirely focused on the supporters. The sporting media rarely turns backward to the crowd.

What happens behind the home goal dictates the atmosphere in the entire ground. 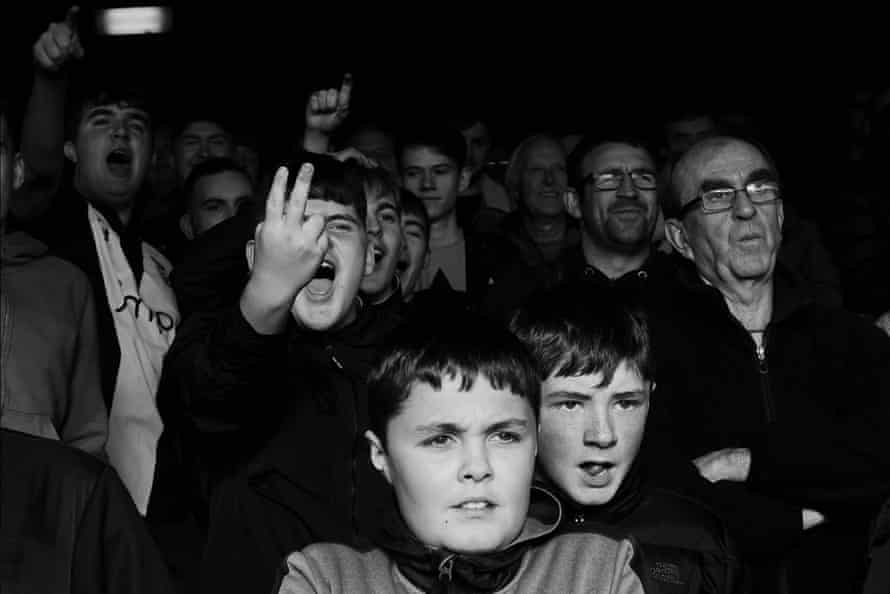 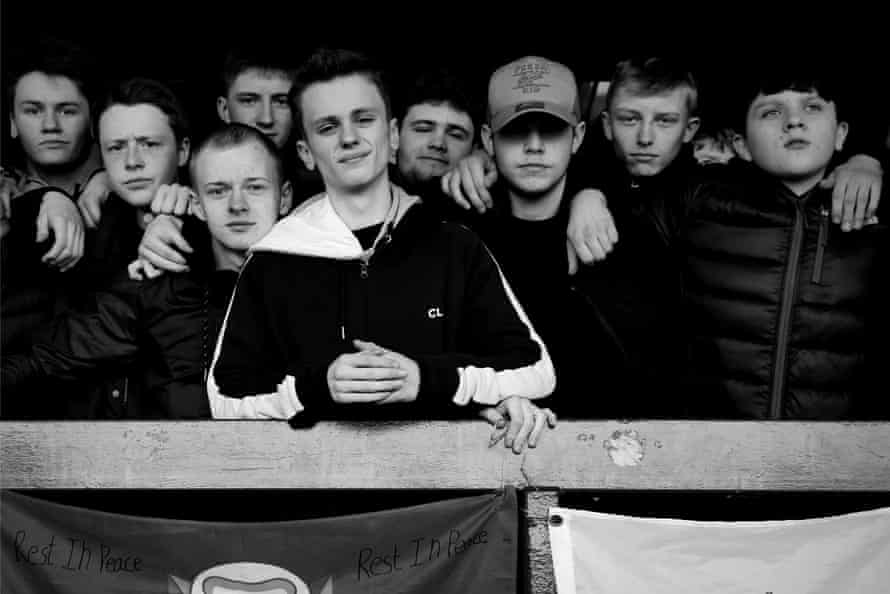 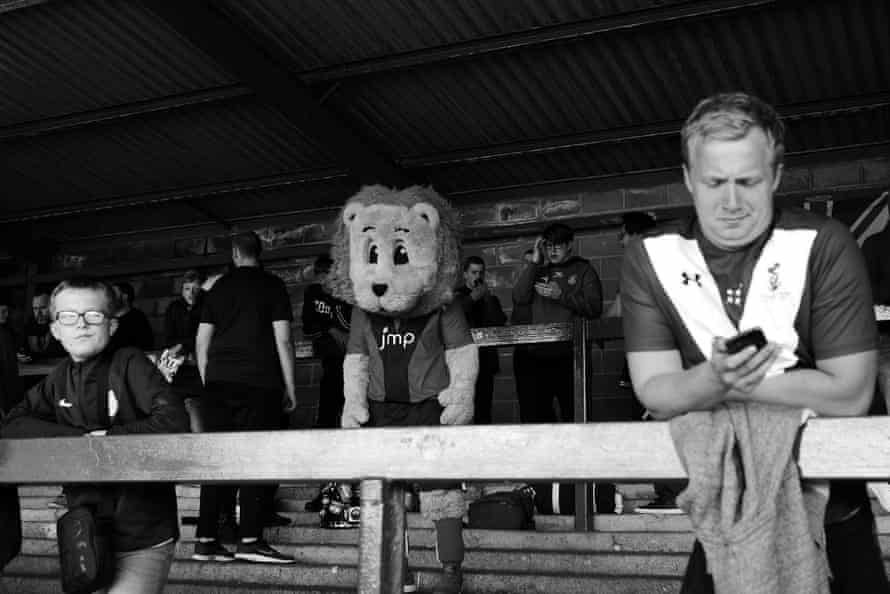 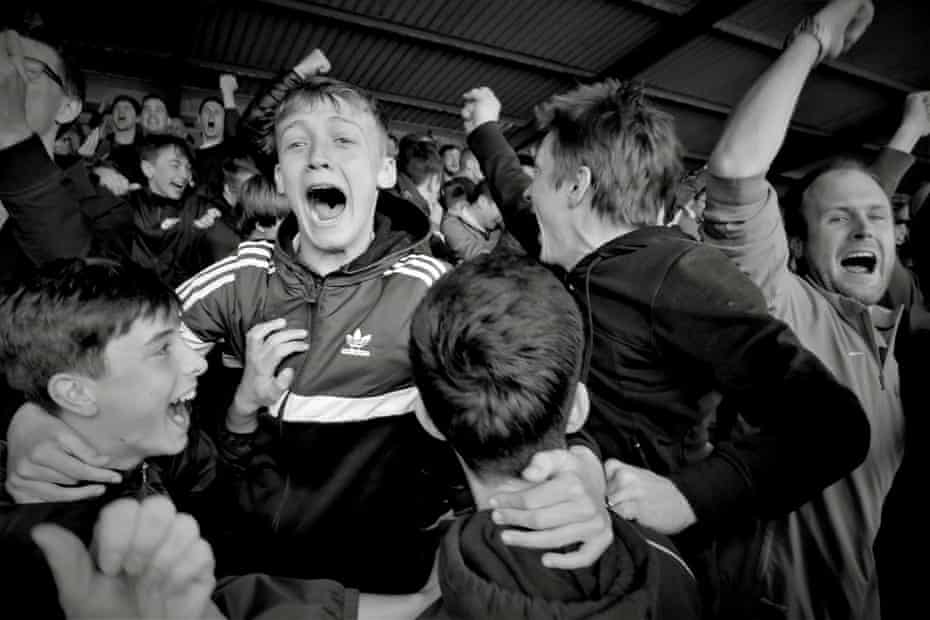 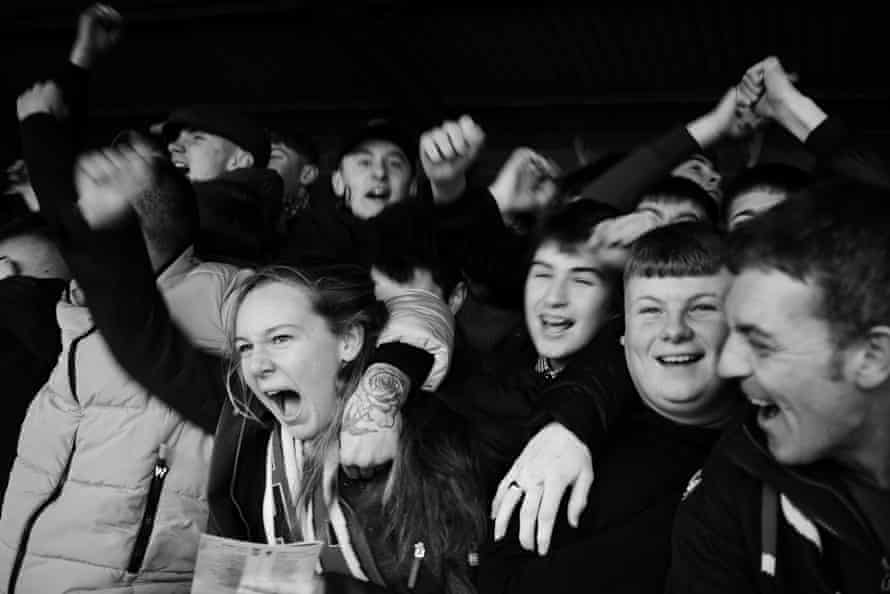 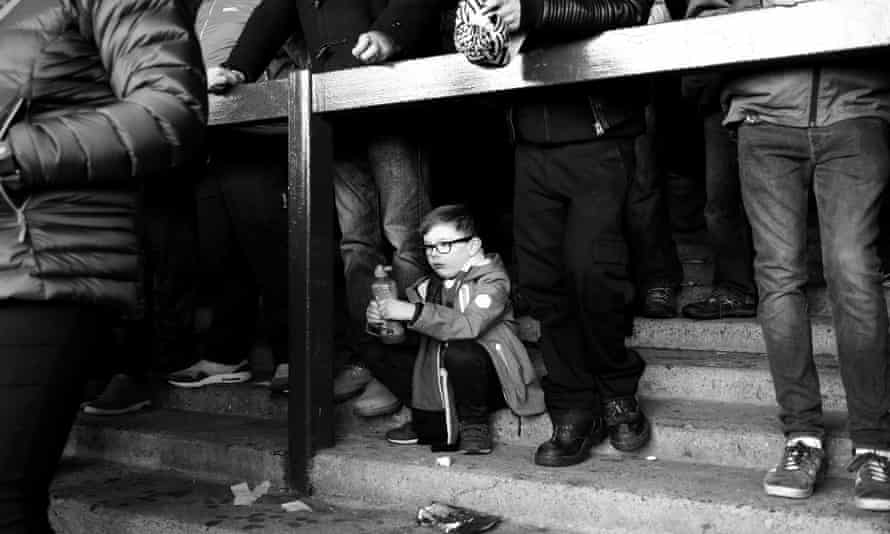 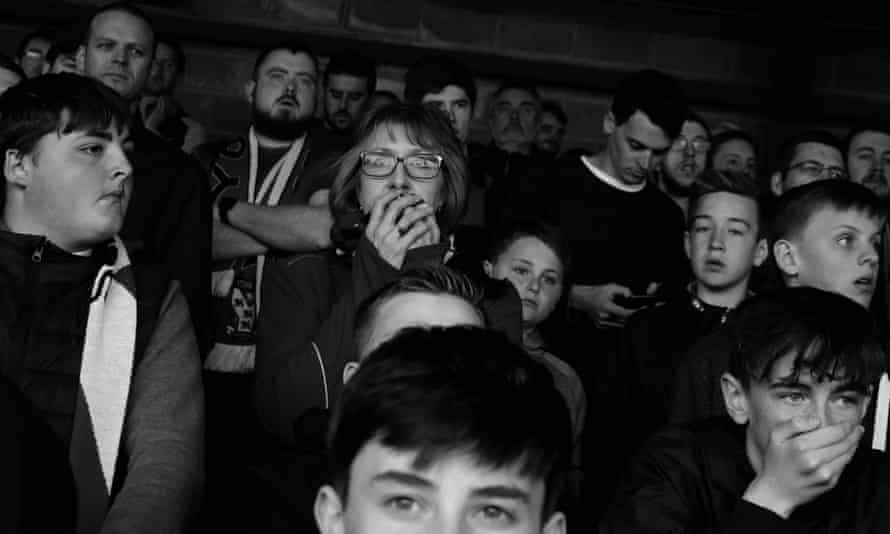 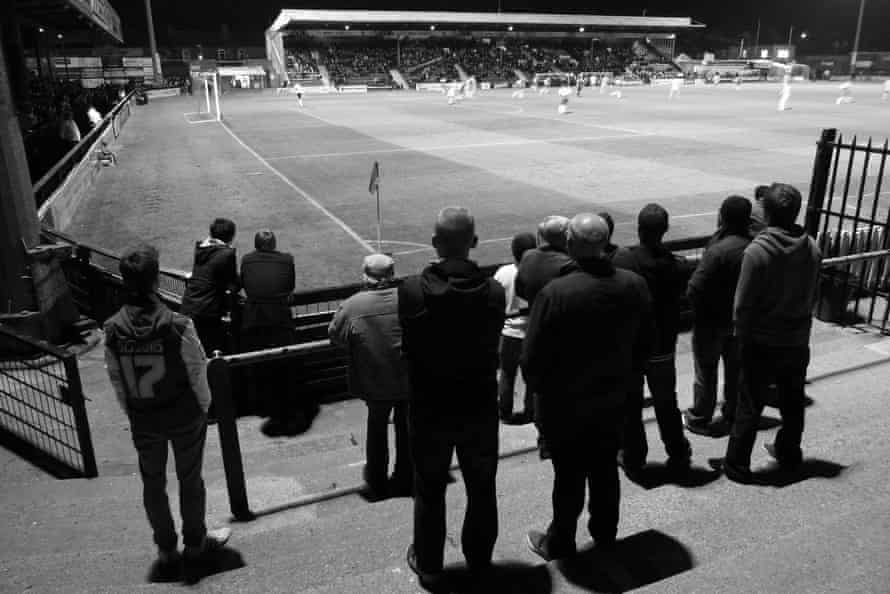 The football industry naturally likes to place the match and the players at the centre of the matchday experience – that’s the entertainment product they sell at the top of the game I suppose. But down here there was often little to photograph on the pitch. All the interest was on the terrace behind me and out in the surrounding streets. 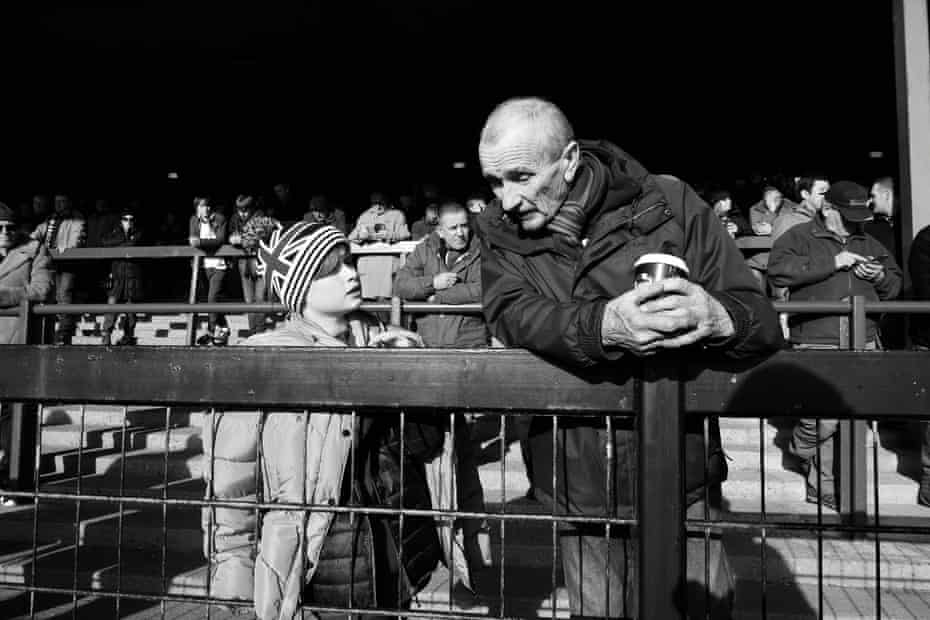 Bootham Crescent, fraying at the edges from years of neglect, gave me an attractively grim backcloth to picture the characters and crowds around me.

In my experience the real soul of a football club grows out of the crowd and a standing terrace allows that crowd the freedom to express itself. Being free to congregate with like-minded enthusiasts, planting my feet squarely on my home terrace, in the usual spot and among familiar faces, has a galvanising effect. It’s a community. 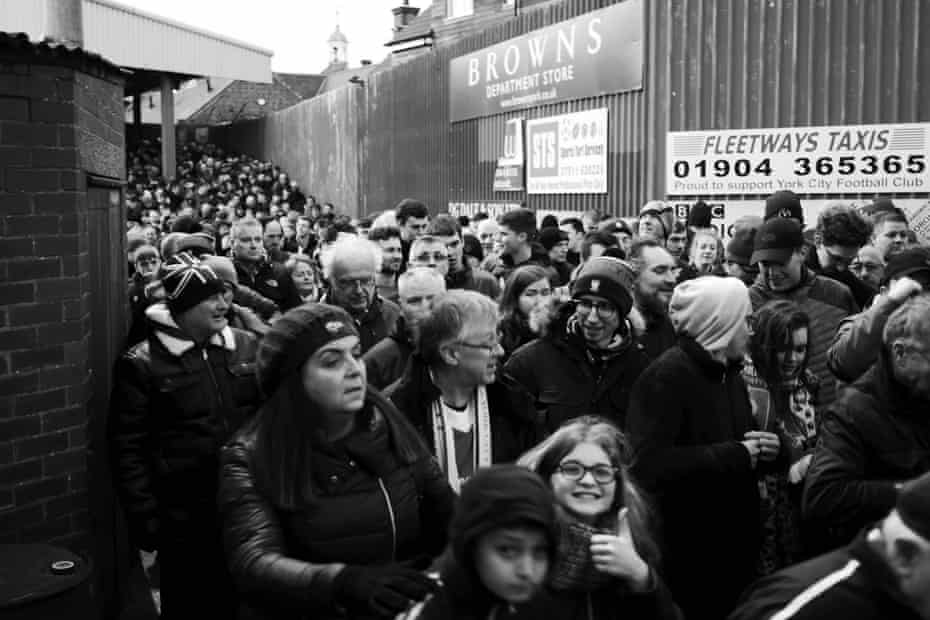 That community might change from week to week, season to season, but it somehow retains an identity. There’s even a visible process of kids growing up on the terrace, moving from the edges of the crowd where they stood with their families toward the more raucous area directly behind the goal and, like me, eventually moving off again to the periphery as you introduce your own kids to the mixed blessings of football fandom. 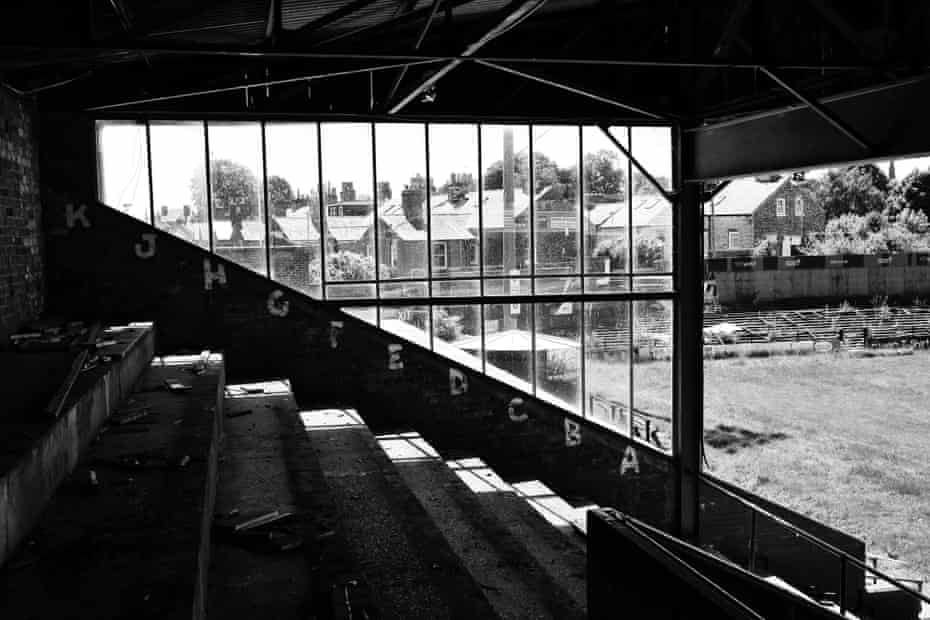 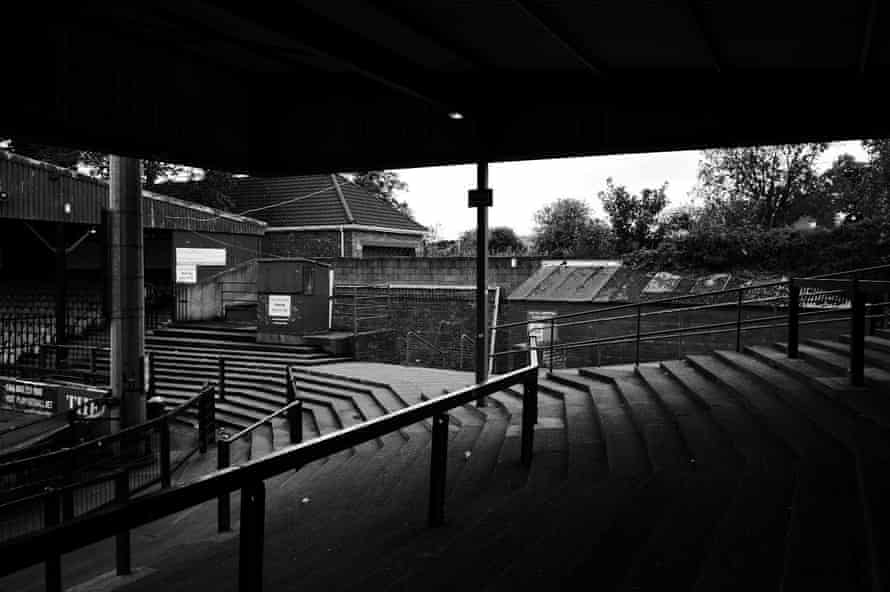 There’s a terrible beauty in ruin, that adds significance to the memories I hold of the place. 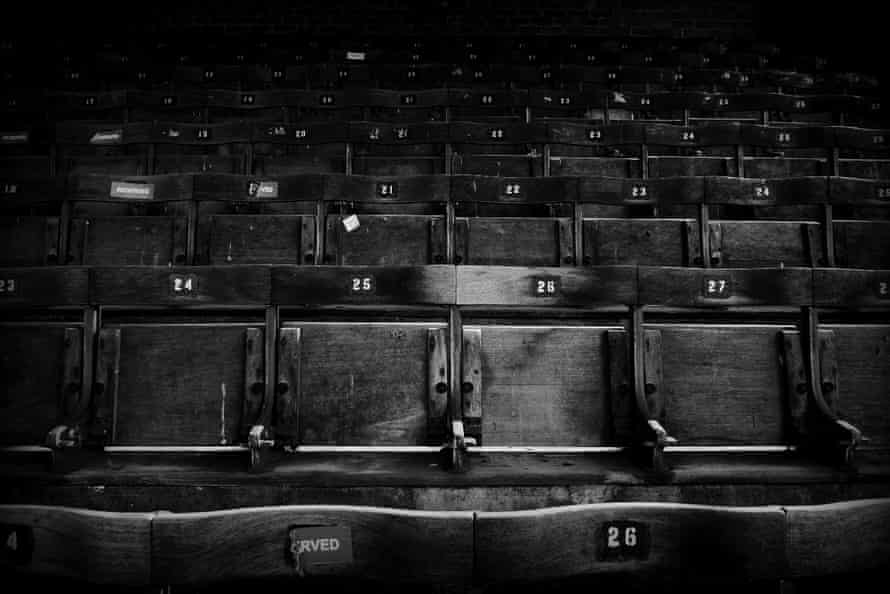 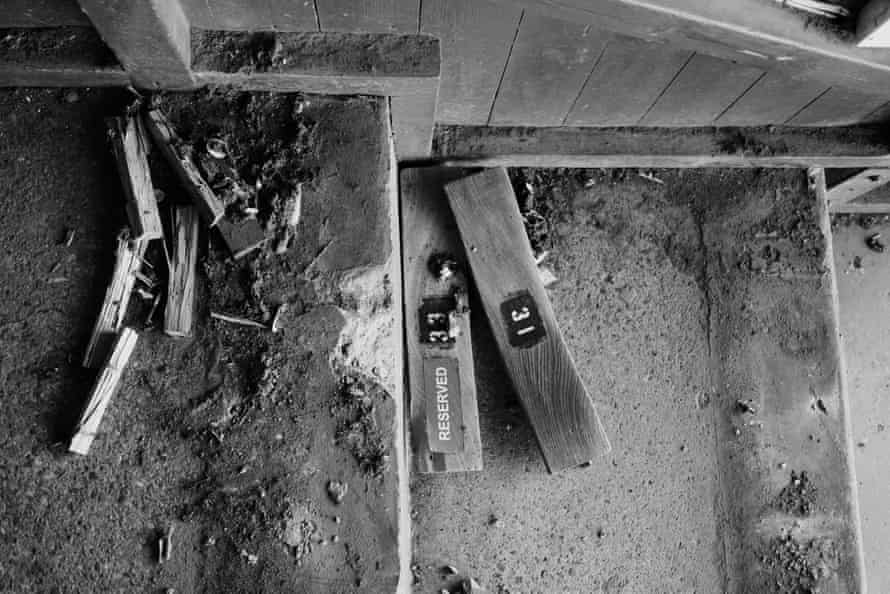 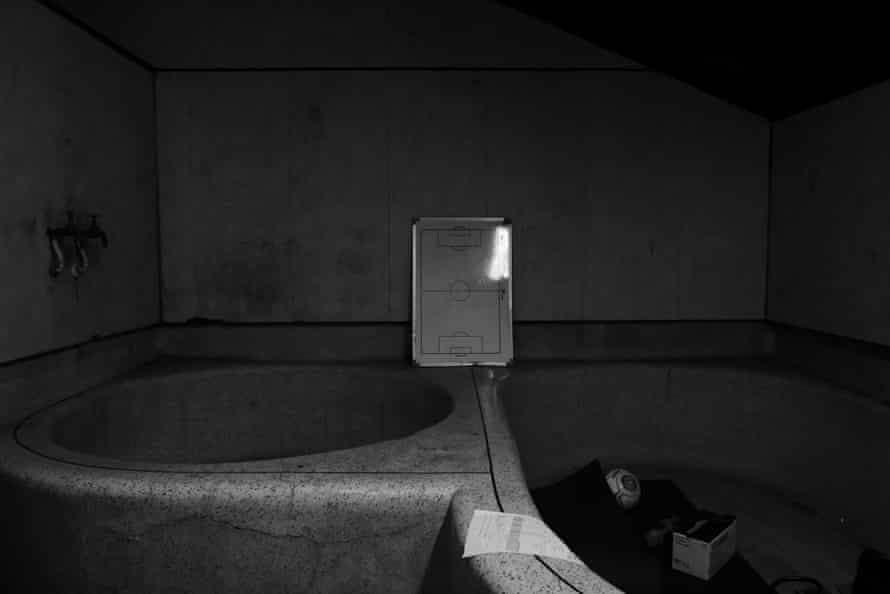 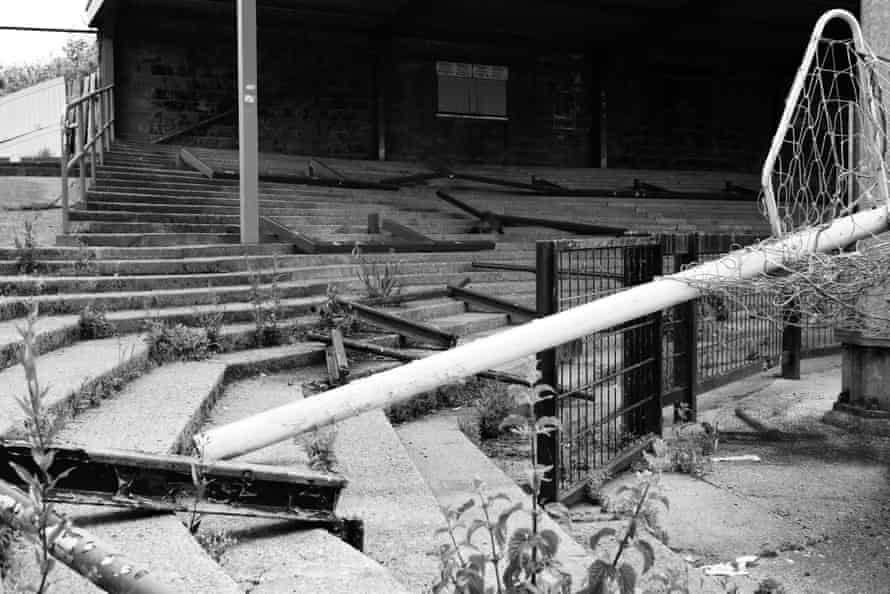 Standing behind the goal these youths are here, I sometimes think, to learn how far the boundaries of authority and good taste can be pushed before the consequences, usually wearing hi-vis, arrive to restore order. This really is the engine of the terrace.

What happens behind the home goal dictates the atmosphere in the entire ground. The songs or the silence here can be deafening. Triumphs and disasters are amplified and emotions transmitted from person to person. We respond involuntarily sometimes, part of a larger organism. Anger, apathy, frustration are all part of the experience. But what we pay for is the joy. 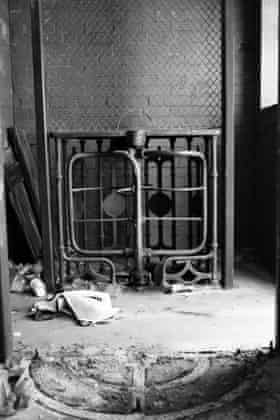 There’s a very particular uncontrollable joy when a terrace erupts into bouncing pandemonium at a goal. There is, I swear, an almost inconceivably brief but absolute silence as a goal-bound shot crosses the line. Then everything is subsumed into a collective and spontaneous chaos of noise and limbs. A beautiful thing.

That this happened so rarely, and will now never happen again in that place, feels like a grief, of sorts.

To have perhaps caught that feeling once or twice in a photograph was my aim and privilege. Covid brought the final season at Bootham Crescent to an untimely end in March 2020, typically with a 4-1 defeat for York. Bootham Crescent now lies empty and stripped of its saleable assets. Already overgrown but still very recognisable – in fact newly attractive to me as a photographer as there’s a terrible beauty in ruin, that adds significance to the memories I hold of the place.

This is where generations of the citizens of York stood and sang and laughed and talked and shared and dreamed, and I was one of them. 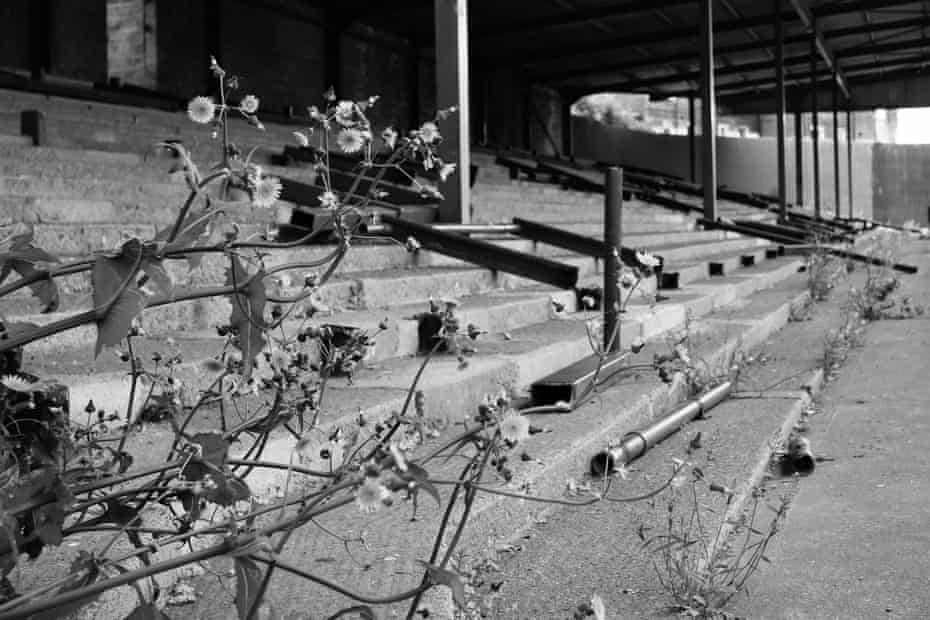 Tony Cole’s photographic books ‘All Gone Away’ and ‘Home End’ are available from Yorktone books.