RANGERS reached the Europa League last 16 for the second successive season after sweeping aside Antwerp.

The Light Blues ran out 5-2 winners on the night and 9-5 on aggregate in a thrilling two-legged affair to book their spot in the next round. 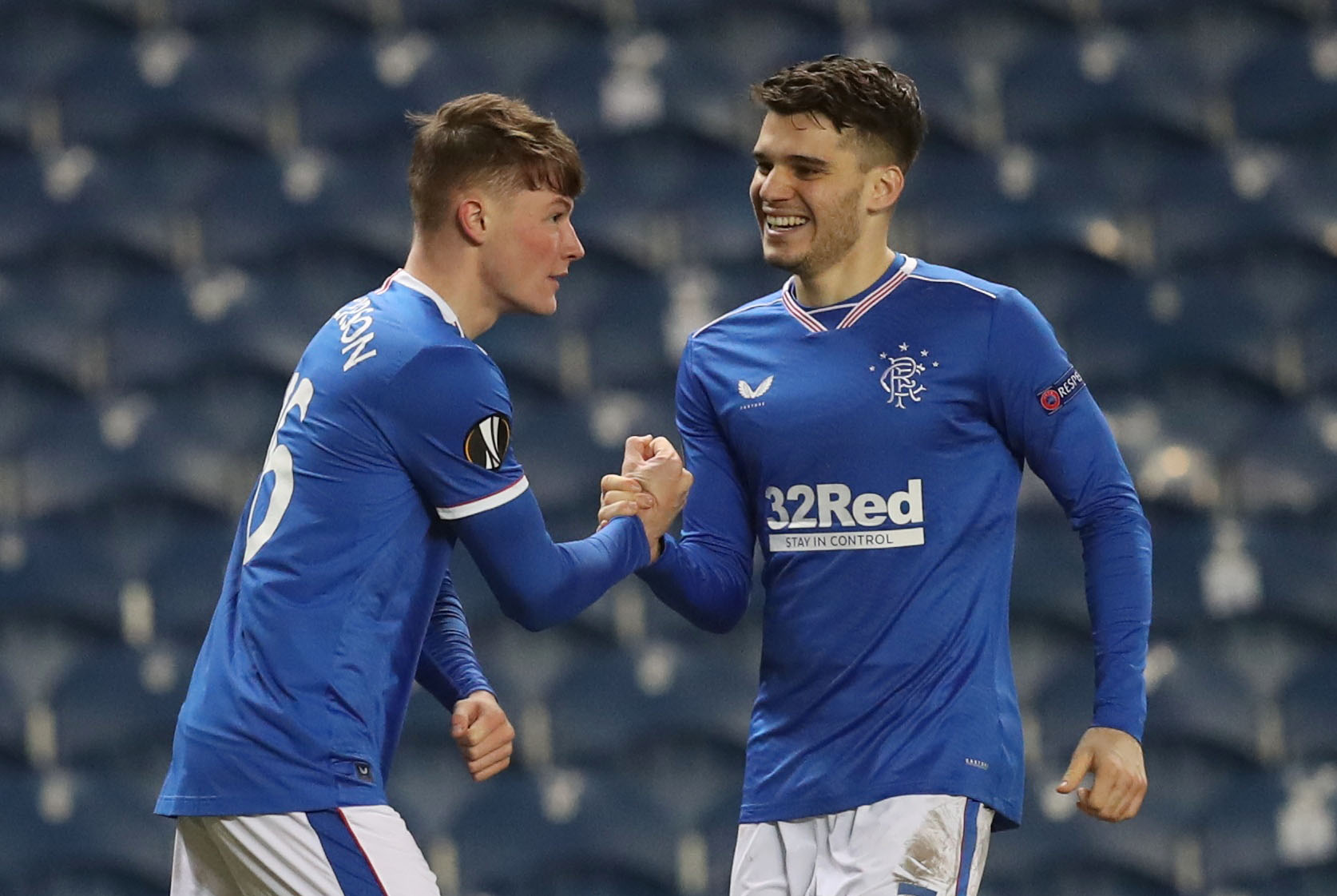 Rangers are in the hat for the last 16 draw after Ibrox thrillerCredit: Reuters

Rangers move on in Europe! ?

Fourteen goals across two legs, we are off to catch our breath.

14 – Rangers 9-5 Royal Antwerp is the highest-scoring two-legged tie in the UEFA Cup/Europa League since Helsingborgs 8-6 Heerenveen in the 2007-08 first round. Entertainment. pic.twitter.com/frch3j5pq4

Steven Gerrard’s men went into the Ibrox showdown in the driving seat following FOUR away goals in Belgium last week.

And they scored another FIVE on their own patch in another seven-goal thriller.

Their 9-5 win was the highest scoring tie in the tournament since Helsingborgs beat Heerenveen 8-6 in 2007-08.

Alfredo Morelos grabbed an early opener for the hosts after Ryan Kent picked the pocket of the Antwerp defence before laying in the Colombian to fire home first time into an empty net.

Just after the half hour mark the visitors gave themselves a lifeline through Lior Refaelov after he fired across Allan McGregor at the near post following some excellent play from Jordan Lukaku on the wing.

Nathan Patterson made his return to action following his Covid breach as a second-half substitute for Leon Balogun.

And he made an instant impact after scoring just 16 SECONDS after the restart.

The youngster latched on to a through ball from Morelos and made no mistake as he smashed his effort across the keeper and into the net. 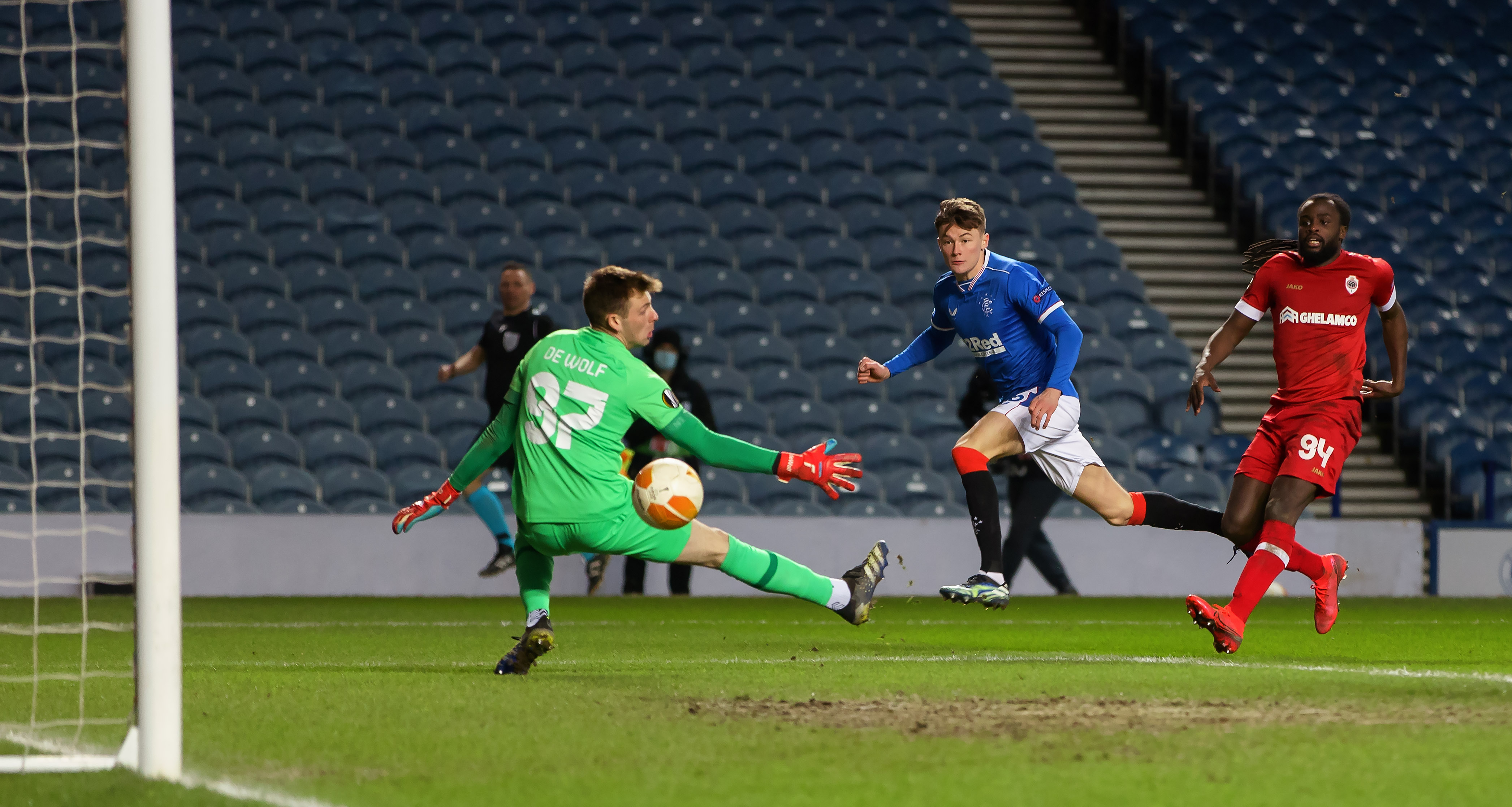 Patterson nets on his Rangers returnCredit: Willie Vass – The Sun

You just couldn’t write it! ?

Restored to the squad, on at half-time. All it took was 16 seconds for Nathan Patterson! ⚡️

That’s how to answer your critics! ?#UEL pic.twitter.com/xtn3nYybWU 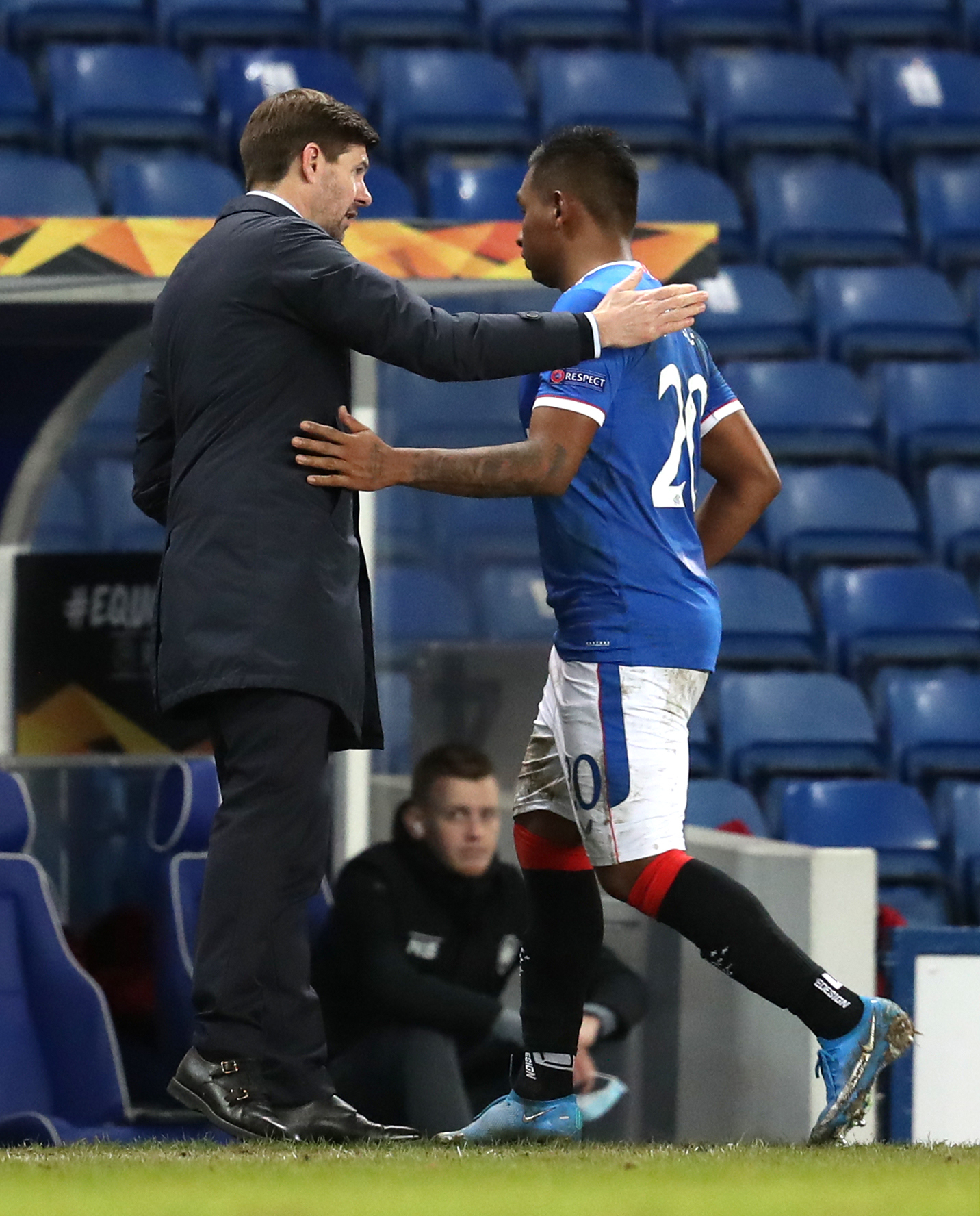 Morelos was in brilliant form for Rangers on the European stage once againCredit: PA:Press Association

Ryan Kent made it three after good work Morelos once again as Gerrard and Co took control of the tie.

Lamkel Ze handed the Belgians a glimmer of hope with Antwerp’s second of the night with little over half an hour to play.

But any hopes of a comeback were dashed when Borna Barisic smashed home from the spot – his third penalty across the two-legged tie – after Morelos was fouled in the box.

Cedric Itten rounded off the scoring on a perfect night for the home side with a spot-kick in the 91st minute after Scott Wright was fouled in the box.

All eyes will now be on Friday’s draw as Rangers wait to discover their next challenge on the European stage.