Co-owner Neville got all players and staff together BEFORE their Papa John’s Trophy win at Wembley for a major analysis of their League Two problems. 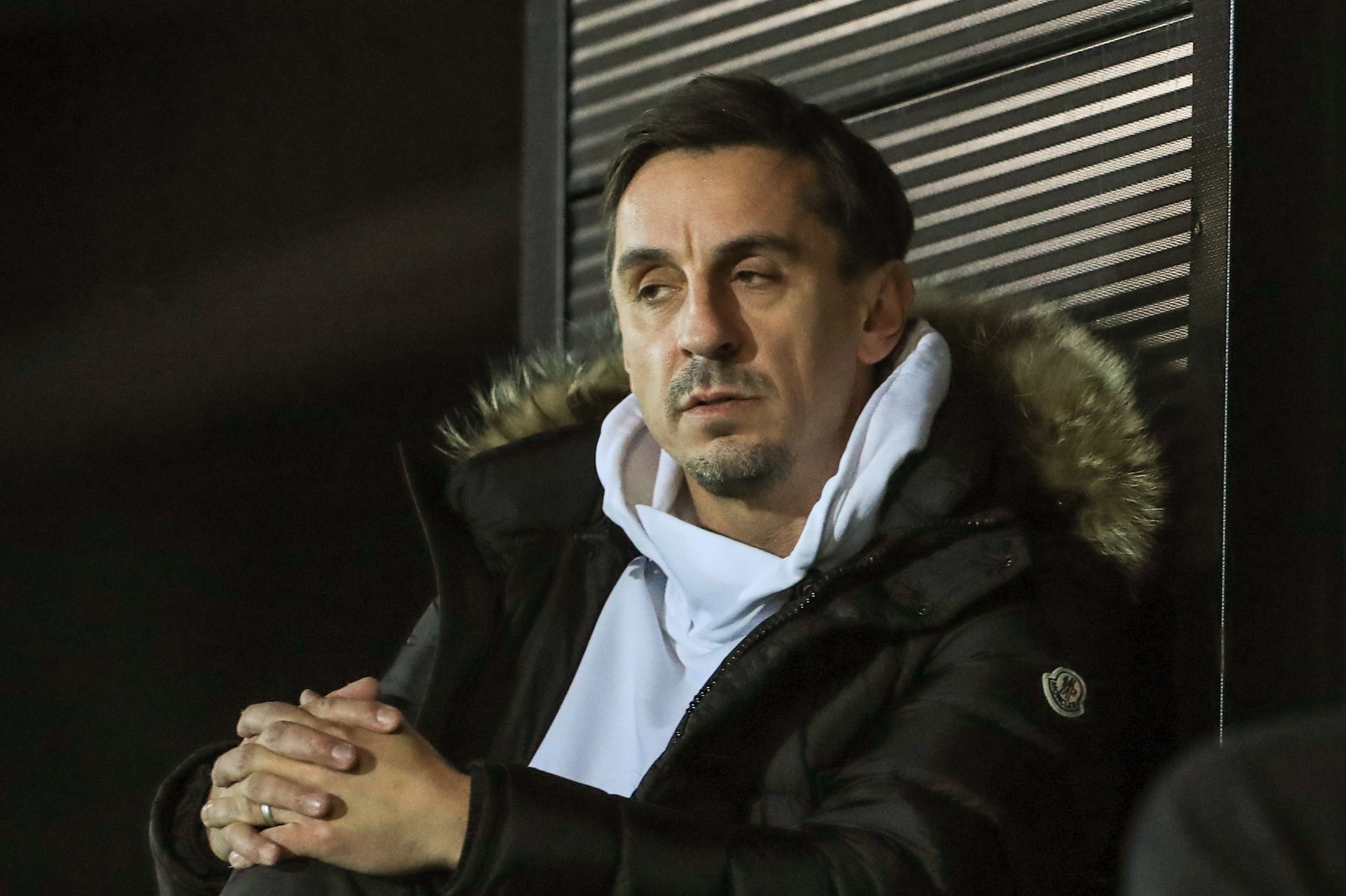 Gary Neville is hoping to see Salford City continue their ascent up the leagueCredit: Rex

Neville, 46, wanted all the grievances aired after seeing results leave them chasing the play-off pack for a second season.

Despite lifting their first senior cup, Neville sees rising up the league as a priority.

Salford dispensed with manager Graham Alexander in October despite an unbeaten start to the campaign.

And replacement boss Richie Wellens has been unable to cement a play-off spot since he took charge.

On Saturday, top-of-the-table Cheltenham claimed a 2-0 win against the Ammies thanks to an early goal from Sean Long and a Liam Sercombe sealer.

Salford have won just one in eight in the league and sit ninth, six points off the play-offs and ten away from automatic promotion.

Speaking after the defeat, Wellens slammed his stars and warned: “The attitude was poor from the start.

When players decide to drift off and do whatever they want to do then that’s what we got served up.

“If we stay humble, do the basics right, listen, and take out onto the pitch what we’ve worked on then we’re alright, we’ll pick up results in this league.

“But when players decide to drift off and do whatever they want to do then that’s what we got served up.

“I’ve never watched our warm-up but I watched it today because our changing rooms, obviously they’ve moved them, so you can see the warm-up. Our warm-up I’m not happy with at all.

“I said to [coach] Warren Joyce when they came in if the game was won on the warm-up, we’re already beat, it was a shambles so I’ll be looking into that. The game started off pretty much as what I’d seen in the warm-up.”