GARY NEVILLE has claimed Cristiano Ronaldo would NOT get into Manchester City’s team.

The Red Devils travel to the Etihad to take on the Premier League champions in the Manchester Derby on Sunday.

Ronaldo has scored just one goal in his last 10 games for Man UtdCredit: Reuters 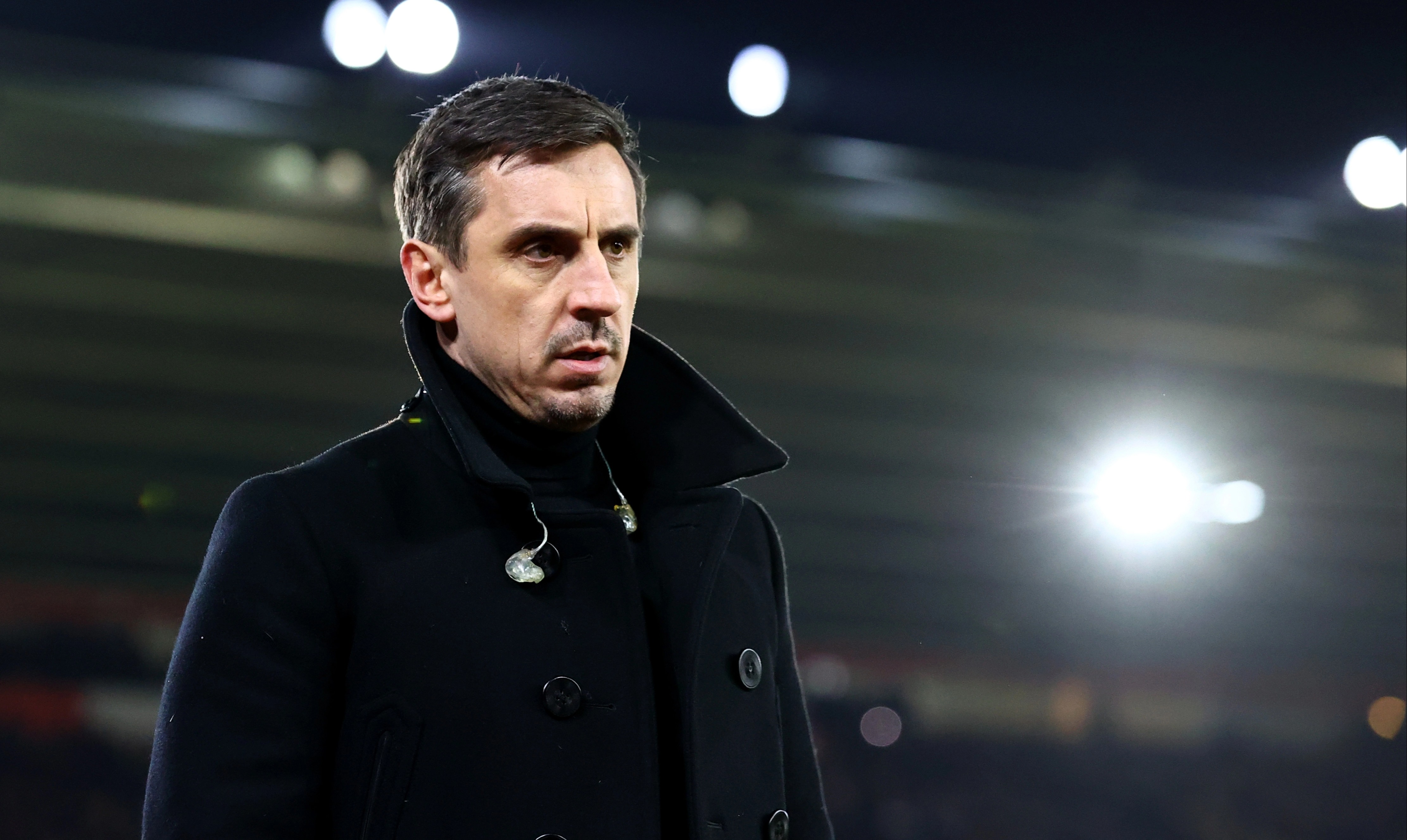 Neville believes Fernandes is the only player who could potentially get into City’s XICredit: Getty

And in a conversation with former City defender Richards about a combined XI between the two sides, Neville insisted Bruno Fernandes is the only player who would have a case of making it into Pep Guardiola’s team – and even he wouldn’t do at this time.

Speaking to LADbible, he said: “I can be really honest about it, I can go through them.

“Bernardo Silva, [Ilkay] Gundogan, Kevin De Bruyne… Bruno [Fernandes] is the only one that I think could, over the last 12 to 18 months.

The pair then got stuck into a debate about individual players as Neville admitted Ronaldo – who has scored just one goal in 10 games – would not be selected in City’s side.

Richards began: “I think [Paul] Pogba on his day though. Are we talking about form, potential?”

Neville then replied: “If you disagree put your glass here [on disagree]. Don’t start trying to do what you do around Paul Pogba! Put your glass where your mouth is. Shift your glass if you feel that strongly about it and defend it!”

Neville: “You can’t put Ronaldo in at the moment. Is it from history or is it now as they’re playing now? Current XI now?”

Neville: “I’m not saying he wouldn’t.”

Richards: “I’d take Ronaldo off you.”

Neville: “Who are you dropping? Foden? Sterling? Mahrez? De Bruyne?”

Neville: “Oh he’s bottled it! Pep’s played 4-3-3 for the last 25 years and Micah’s bottled it and changed his system on him!”

Neville: “Who are you taking out?”

Richards: “Rodri is out. I’m going two [in midfield]. Only to get Ronaldo in. That’s what I’m doing.”

Man City hold a six-point lead over Liverpool at the top of the Premier League table, but Jurgen Klopp’s side do have a game in hand.

Meanwhile, Man Utd sit fourth but have played three more games than Arsenal who are just two points behind them.

The Manchester Derby kicks off at 4.30pm on Sunday.