GARETH SOUTHGATE has issued a master plan for world domination — and it starts with penalties.

The England manager is already scheduling in extra spot-kicks in training to avoid a repeat of the Euro 2020 final defeat to Italy.

England suffered a heartbreaking penalties defeat against Italy in the Euro 2020 finalCredit: Getty

Marcus Rashford, Jadon Sancho and Bukayo Saka all missed from the spot that night and Southgate knows that his squad needs to improve from 12 yards.

Ahead of Tuesday’s Wembley friendly against Ivory Coast, the Three Lions boss said: “We’ve gone into various details with the players of where we can improve to be world champions.

“We didn’t have a chance to do that in such detail in the autumn as we had to get straight on to the focus of qualifying, so we felt this camp was a good time to start that.

“Penalties has been part of that. In terms of regular penalty- takers at their club, we really only have Harry Kane and James Ward-Prowse. 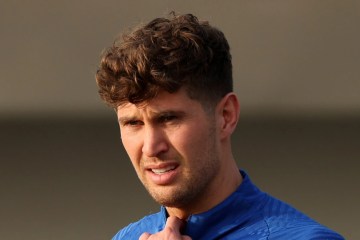 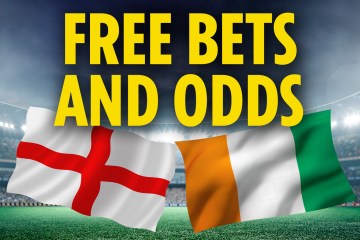 “Rashford would have been the second highest in number.

“But Bruno Fernandes is Manchester United’s normal penalty-taker and when we played Italy, their top five had taken more than 40 penalties in competitive matches.

“Kane is at that level and Marcus is next at 20. So we will have to view that differently than just accept ‘they are going to get practice at their clubs’ — and that is the challenge we have set with some individual work.

“Maybe they would think it is a bit early but, if you take out matchdays and the day after, you are probably talking about 20 training days between now and that situation happening in a knockout stage.”

Southgate, assistant Steve Holland and the backroom team spent hours looking at what could be improved upon from Euro 2020. They did the same after losing the 2018 World Cup semi-final to Croatia.

Southgate added: “I am not going to share specifics. That situation has been hard enough as it is without telling the rest of the world.

“There was too much came out about things that happened in Russia.

“People were loose with information and that’s intellectual property that gives you an advantage.

“We have areas we can improve on and we’ve been very clear and specific with the players on that.

“We have been consistently in the top five in the world. We want to go further but there are people on our tail. That is the way it is going to be.

“We have to be open-minded enough to anything that may make us better.”