LIKE us, you can bet Wales legend Gareth Bale is glued to the Masters.

The Real Madrid star, 32, took to social media to celebrate “one of the best weeks on the golf calendar” to give away a set of TaylorMade clubs.

Explaining the giveaway on Twitter, Bale wrote: “It’s one of the best weeks on the golf calendar and I want to celebrate by giving away this custom #TaylorMade kit, including the new Stealth driver, custom leather carry bag & accessories. To win, make sure you’re following @TaylorMadeGolf. Enjoy The Masters! #TeamTaylorMade.”

Over the years, Bale has made no secret of his love of golf.

Unofficially, he earned the nickname “The Golfer” from his Los Blancos team-mate Thibaut Courtois, who claimed that the former Spurs star rarely joined with the rest of the squad outside training and matchdays.

Instead, he would prefers to visit the golf course in his downtime and work on his handicap. He reportedly plays off three. 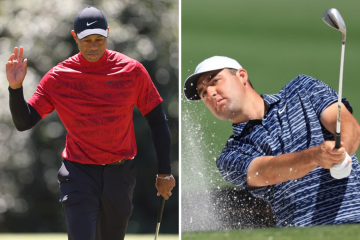 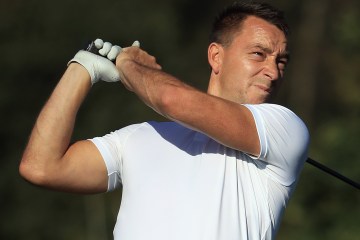 Back in 2019, he angered Real Madrid fans when he held up a flag that read: ‘Wales. Golf. Madrid. In that order’ after helping his country qualify for Euro 2020.

Spanish media said that the winger disrespected the club, but he later defended his actions.

“I’d seen the banner a few weeks before,” Bale told The Hat-Trick Podcast. “The boys had shown me and they said ‘if we do qualify, let’s try and find it and bring it out.’ I was like ‘do what you want but I won’t be going over to get it.’

“They brought it down, we were all celebrating as a team and I’m not going to not jump around with my teammates. It was a bit of banter. A bit of fun. People can see it how they like.”

Then, in 2020 Bale was given a night off when the Dragons took on USA in an international friendly.

When the cameras panned to him in the stands, he was seen holding an open MacBook.

It just so happened the Masters was on the same time as the game, and fans joked online that Bale was hooked to the coverage online.

Bale recently put his passion to a new business venture by converting an empty building into a 23,000sq  ft golf bar in his home city of Cardiff.

Called Par 59, it opened last month, has three nine-hole courses, a bar and a restaurant.