JOSE MOURINHO reckons Gareth Bale is in his best shape since he arrived back at Tottenham.

And the Spurs boss insists the Welsh superstar’s goal against Wolfsberger in the Europa League on Wednesday shows he is finally playing with freedom again. 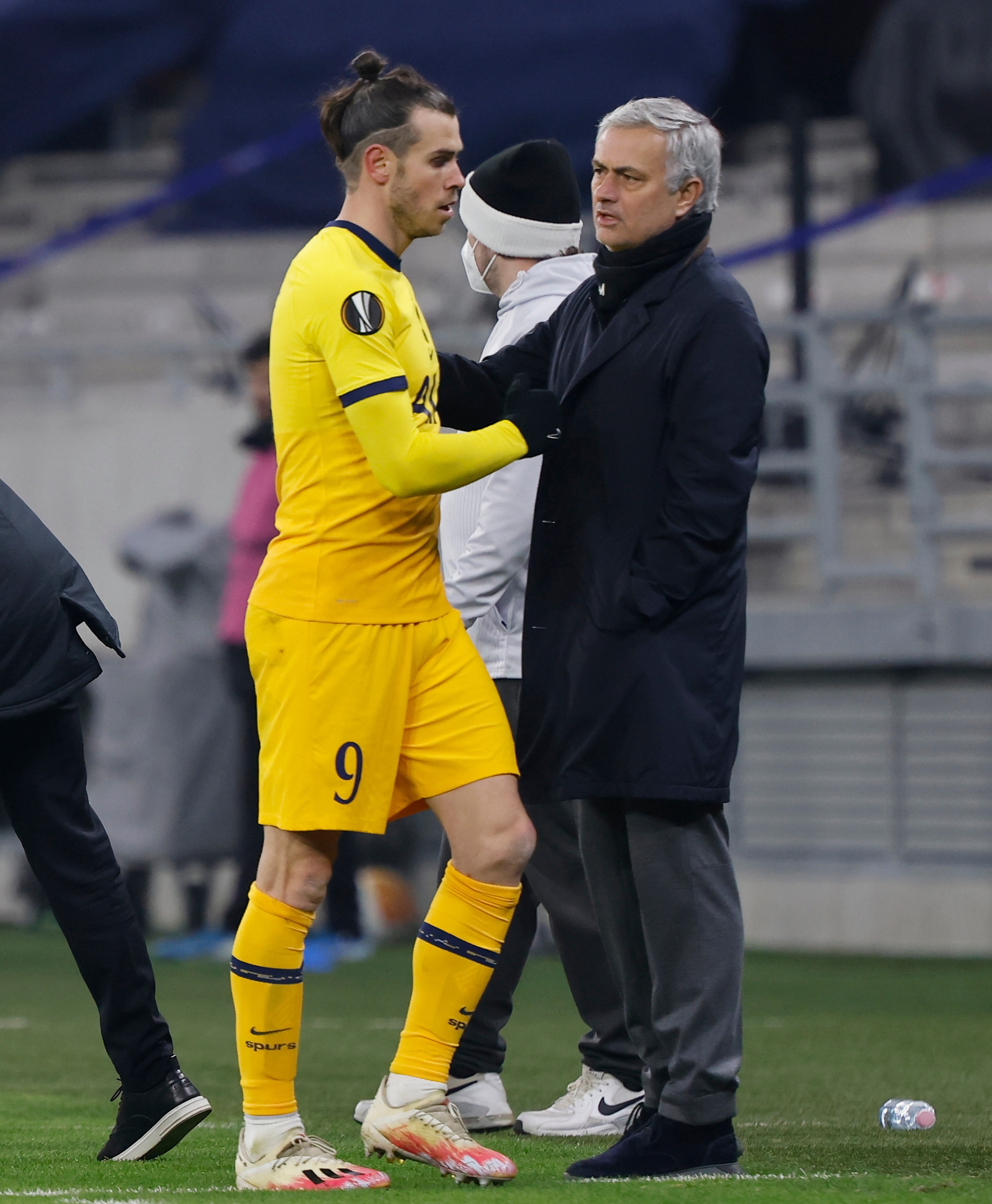 Gareth Bale is happier than ever at Tottenham, claims Jose MourinhoCredit: Getty

Form and fitness restricted Bale, 31, to just two Prem starts since he rejoined the Londoners on loan from Real Madrid in September.

But he is set to start tomorrow’s home clash against Burnley —  following his recent upturn in performances and attitude.

Mourinho said: “Mentality is a consequence of the physical.

“If a player feels great, if he is playing 100 per cent and if his feelings are all good, then there are no more psychological problems, fears or barriers.

“When you have little worries, and especially when you have a recent history of injuries, it’s normal to have some fears — and these fears have consequences.

“But lately he has been fine. It’s a question of how many minutes he can play and how many days he needs to recover between matches.

“He looks happier than ever, he looks confident. In training you can see he has his confidence back, the way he hits shots.

“You could see from his goal on Wednesday. It was a confident shot.”

He continued: “A player with fear or negative feelings would never hit that type of shot. To strike the ball that way, that strike means a lot.

“It means freedom — and freedom in relation to the brain muscle.

“For this, you need to be in a good condition. He is in the best condition since he arrived.”

Bale’s rejuvenation and Dele Alli’s outstanding display midweek mean Tottenham fans may yet see their dream quartet of Bale, Dele, plus Harry Kane and Son Heung-min line up together regularly.

Mourinho said: “Can they play together? Of course, no problem.

“They can play together and they will play together in some matches for sure — unless something happens to one of them — which I hope it does not.”