GARETH BALE has been backed to provide the leadership in Ryan Giggs’ absence and pull Wales through a crisis.

The Dragons kick-off their 2022 World Cup qualifying campaign in Belgium tomorrow with boss Giggs still on ‘special leave’ by the Welsh FA. 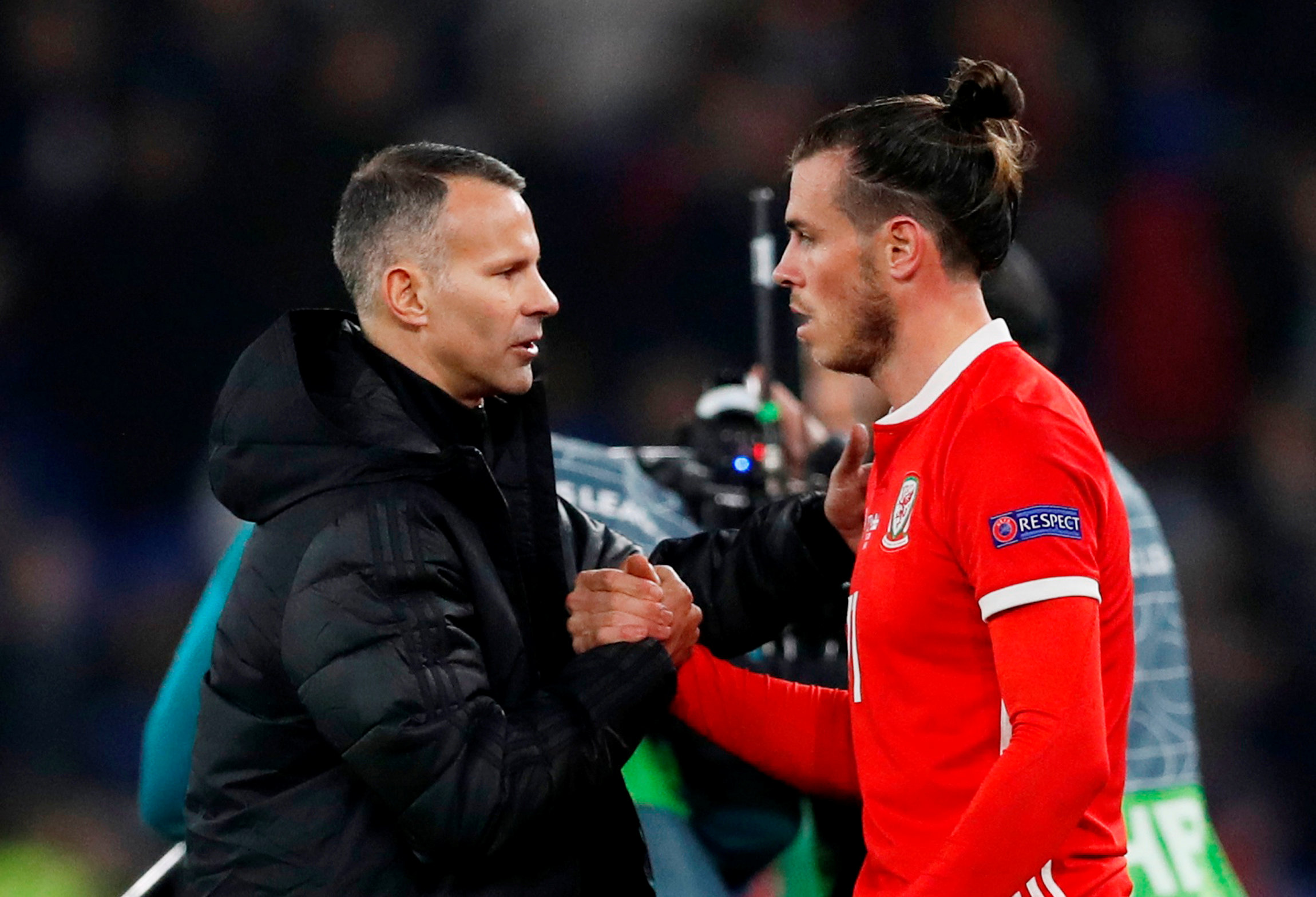 Gareth Bale is used to carrying Wales’ hopes on his shouldersCredit: Reuters

With Giggs sidelined for a second international window, Robert Page takes caretaker charge but inspirational captain Bale is viewed as the man to follow on and off the pitch.

Wales team-mate Joe Allen said: “Being the captain is a huge role. But one he is made for. He’s been a talisman for years now for us.

“You can see that the young players and the senior ones – and I speak for myself – that I really look up to him.

“The way he approaches every camp for Wales, the dedication and commitment he shows, on top of his world-class ability is inspiring.

“He keeps the standards really high and sets the tone for everyone, especially the younger players to look up to and follow.”

Page addressed his 30-man squad when Wales met up in Cardiff on Sunday night with Giggs absent following his arrest on November 1 on suspicion of assaulting his on-off girlfriend. The Manchester United legend, 47, denies the allegations.

But Allen, back in a Wales squad for the first time in 17 months following a ruptured Achilles, says there will be no excuses from his team-mates despite the managerial uncertainty in Leuven when they take on the Red Devils, who they famously beat in the Euro 2016 quarter-finals.

The 56-cap Stoke midfielder, 30, added: “He reiterated the message he gave in November which is we all know the task ahead, where our focus needs to be and what our job is which is to give absolutely everything this week in training and the three games.

“That won’t change regardless of the situation. Coming into this camp, you can see that everyone is fully focused and everyone’s mentality where they need to be in terms of their approach. Everyone is ready for what lies ahead.

“I was devastated at the time at the thought of missing the Euros and it’s sad circumstances why it’d been delayed a year.

“But it was hugely motivating for me to get back fit and get a second chance to be involved in the Euros. During my rehab I watched the 2016 game and took that trip down memory lane.

“What a summer it was and we’ll all get a taste of something similar, with one eye on getting to a World Cup. The older players realise it could be a last chance to get to one.

“We want to get the campaign off to a good start, it’s a hugely challenging game but it’s a team we know pretty well and hopefully they’re not looking forward to coming up against us.

“Hopefully we can use the disappointment they have had from playing us before to our advantage.”

The ex-Liverpool star said: “He’s one of the best players in the world and he’s a player I hugely admire.

“As a team, we know we’re going to have to be at the absolute top of our game just to try to deal with him and all the other talents they’ve got in their team.

“But, as individuals, you love to challenge yourself against the best players in the world and in Europe. We’re all keen to get out there on Wednesday night and show what we can do as well.”

Next round of $1,400 stimulus checks arriving on Wednesday and family of four will get $5,600 payment