GABRIEL JESUS welcomed his first child with girlfriend Raiane Lima to cap off a dream week.

The delighted pair marked their magical moment with a touching photo of their newborn daughter Helena’s tiny hands alongside the message: “The best day of our lives.”

Gabriel Jesus and his partner Raiane Lima have welcomed their baby daughterCredit: Instagram 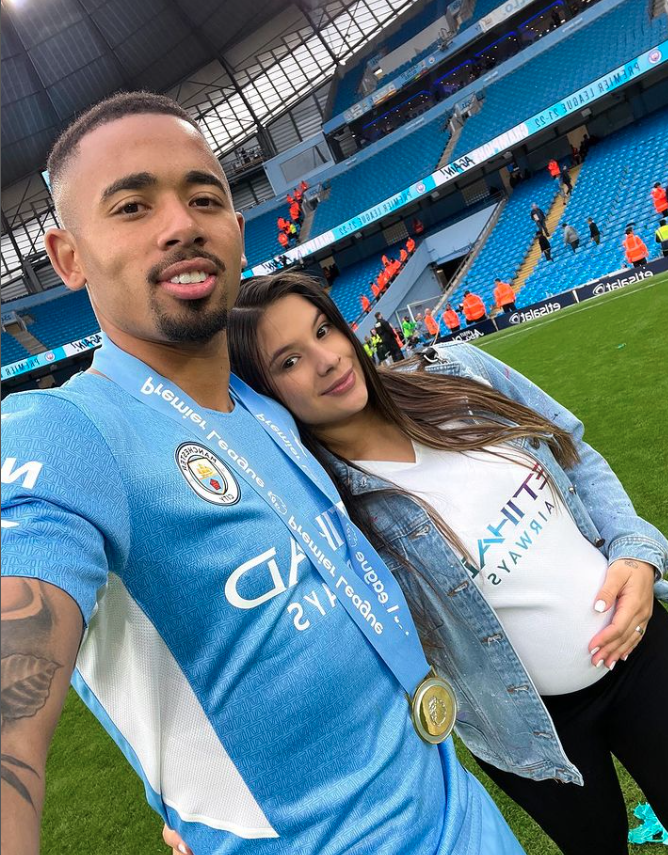 The happy couple were at the Etihad on Sunday but missed the open-top bus paradeCredit: Instagram

They also recorded the time of the special arrival – 12.12pm UK time and 8.12am in Brazil on Tuesday – in matching Instagram stories.

Raiane, 21, is thought to have given birth in a UK hospital although it is not yet known which one.

Less than 48 hours earlier, Lima was on the pitch at the Etihad celebrating her man’s dramatic Premier League title win – his fourth in six years in England.

But they were understandably absent from the open-top bus parade through the streets of Manchester yesterday. 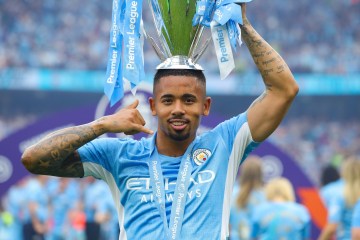 The striker, linked with a summer transfer exit to Arsenal and Tottenham after Erling Haaland’s arrival at City, said on Sunday: “About my future, it’s still uncertain.

“I have a contract with City and I have already expressed my desire to the City people and to my agent. I have in my head [a very clear idea of] what I want.

“Today, I want to celebrate a lot with City. It’s obvious that I’m very happy here.

“Tomorrow, if everything goes well for me, my girlfriend and our family, [daughter] Helena will come to the world.

“So, I have to take advantage of this moment. Then, think about the team, smile at the team again.

“And, on vacation, I [will] decide about my future.”

Jesus announced he was set to become a father for the first time at the end of September last year after scoring the winner in a 1-0 away victory against Chelsea.

He posted a photo of him with his thumb in his mouth looking up to the sky and wrote: “What a day! Very happy for this goal, this very important win for us and for the wonderful news.

“Expecting my first child. A celebration for a more than special moment!”

Raiane, who confirmed last July she was dating Jesus, told fans they had decided to call their daughter Helena in a message to mark her boyfriend’s 25th birthday at the start of April.

Her decision to go public with the name of their daughter came two months after the footballer used her birthday to tell their fans they were expecting a girl.

In January the young couple came out fighting to rubbish split claims surfacing in their homeland by cuddling up to each other and insisting: “We’re doing fine.”

Well-known Brazilian journalist Leo Dias said at the time he had been told by sources close to the couple they had called time on their relationship despite Raiane expecting their first child.

But the footballer and his partner took less than 24 hours to deny any rift with matching social media snaps showing they were still very much an item. 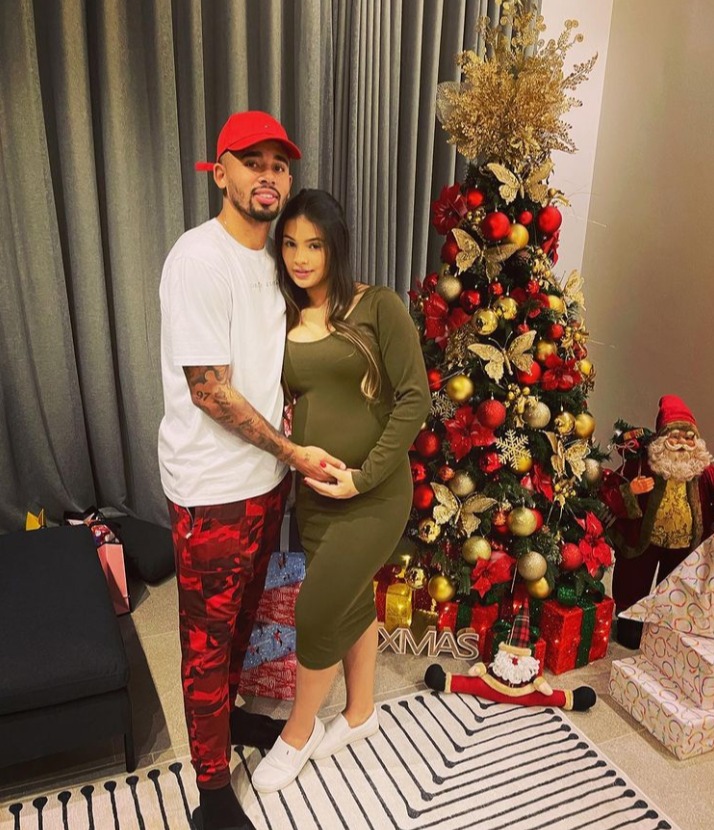 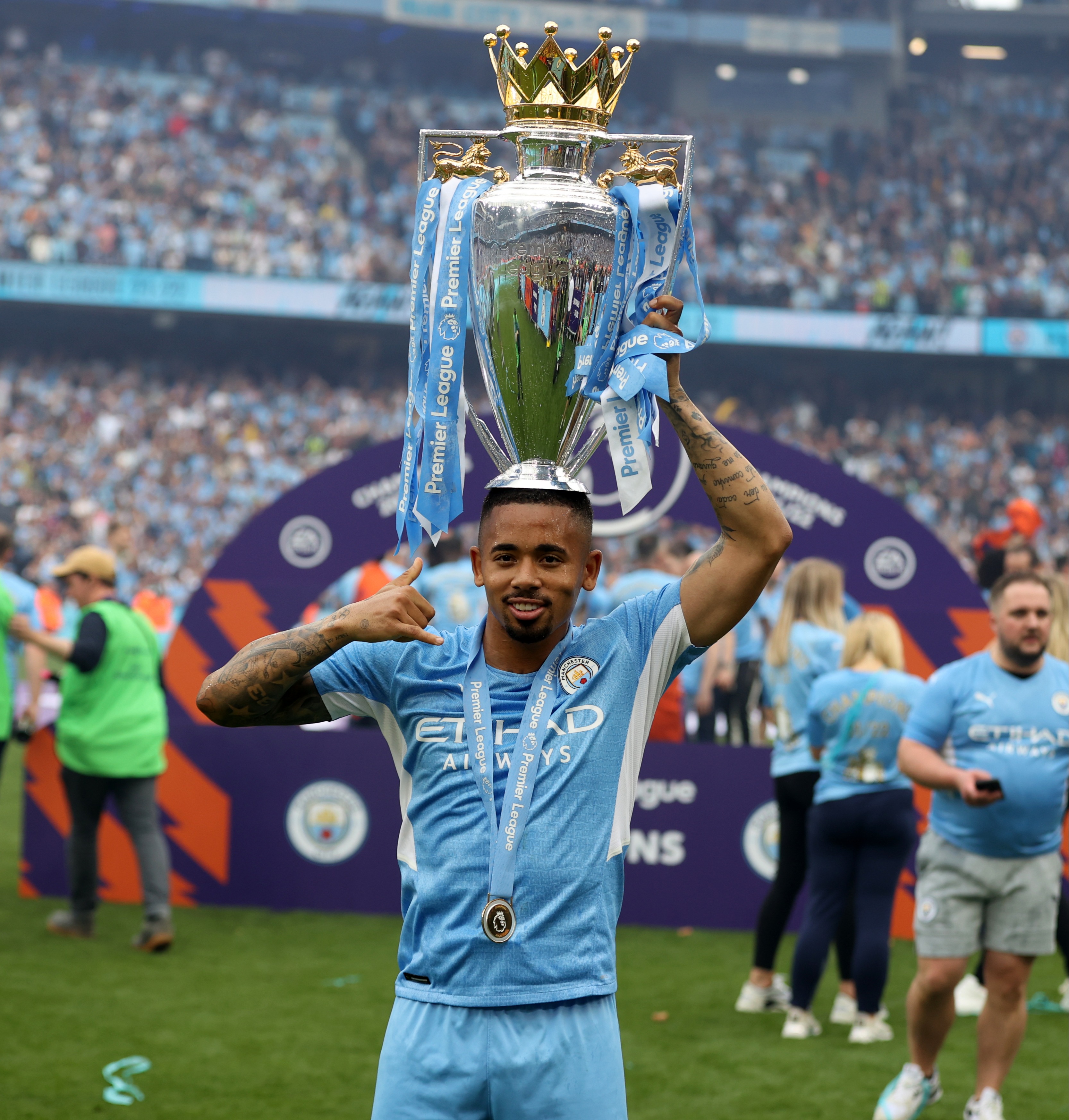