FULHAM raged as Josh Maja’s equaliser against Tottenham was controversially ruled out for handball.

The ball was blasted into Mario Lemina’s arm from close range in the build-up. 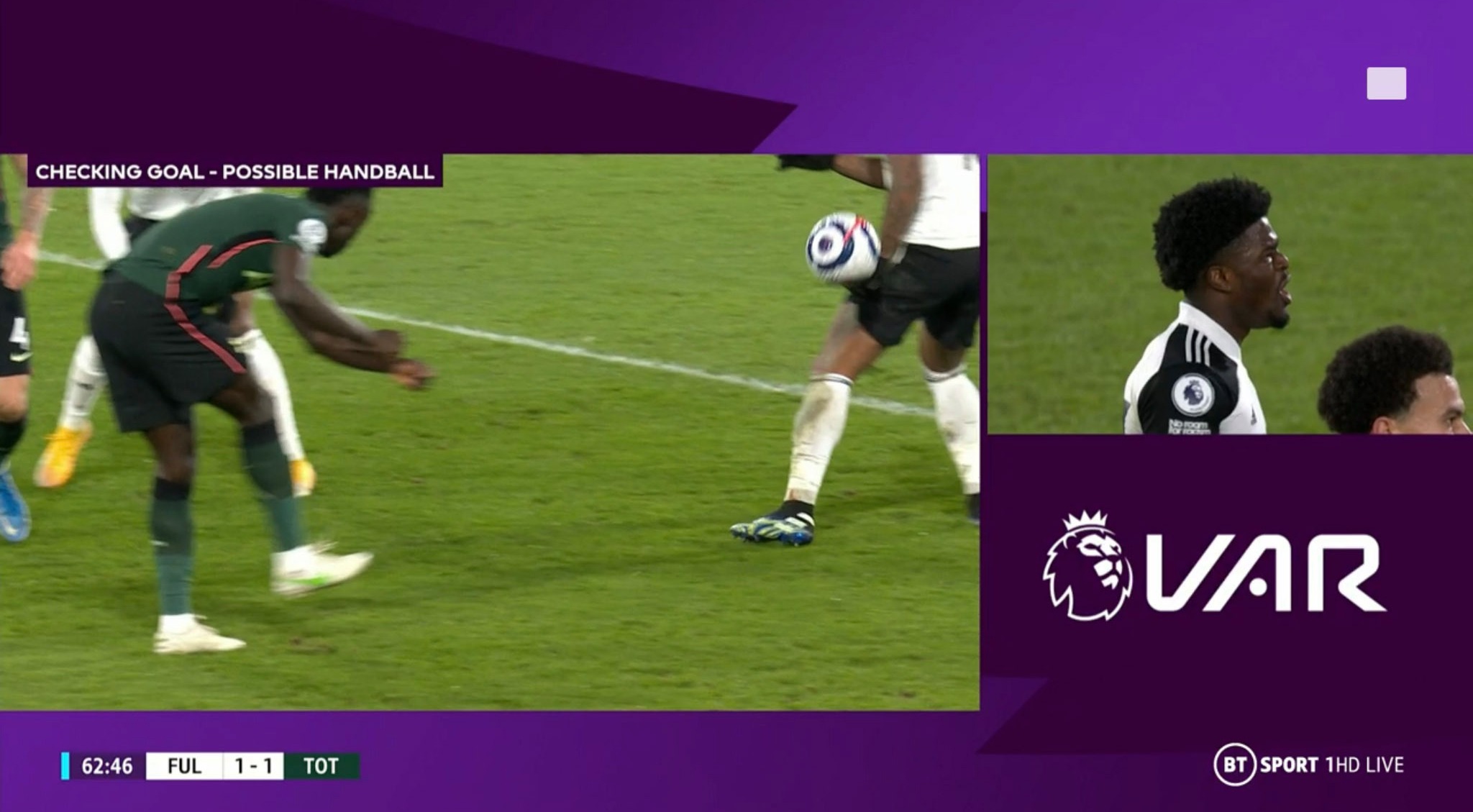 Davinson Sanchez attempted to dig a clearance out inside the Spurs penalty box.

Lemina, standing just a couple of yards away, had his arm inside the shape of his body as the ball caught his gloved hand beside his hip.

The ball then fell to Maja who stuck it into the bottom corner past Hugo Lloris.

Fulham thought they had secured a crucial goal that would have earned a massive point in their fight for survival.

But VAR Jarred Gillett suggested a pitchside review and David Coote duly agreed to rule it out after watching the replay, much to Fulham’s frustration.

It was a complete accident but the VAR protocol states a goal cannot stand if there has been a handball by the attacking team in the build-up or to score.

Lemina – who had seen a good effort saved by Lloris moments earlier – could not believe the decision while plenty of Cottagers fans, as well as those of Spurs’ rivals, vented their anger online.

And to rub salt into the wound, Jose Mourinho’s men held on for a tight 1-0 win in the London derby thanks to Tosin Adarabioyo’s own goal – a result which leaves Scott Parker’s side three points adrift of safety.

Josh Maja has the ball in the net for Fulham, but after consulting the VAR, referee David Coote has overturned the goal because there was a handball by Mario Lemina in the build-up

The incident comes just hours before football law-makers try and clear up the handball controversy tomorrow at Ifab’s AGM.

Premier League chiefs have already adopted most of the proposals which will mean defensive handballs are not automatically penalised.

However, unless there is an unexpected change of stance, any handball by the attacking team which leads directly to a goal – as was the case at Craven Cottage – will still see the strike chalked off.

Ifab members will also hear a presentation from former Arsenal boss Arsene Wenger, now Fifa’s head of global football development, over his backing for a new ‘daylight’ definition of offside, kick-ins rather than throw-ins in defensive halves and allowing players to take quick free-kicks to themselves. 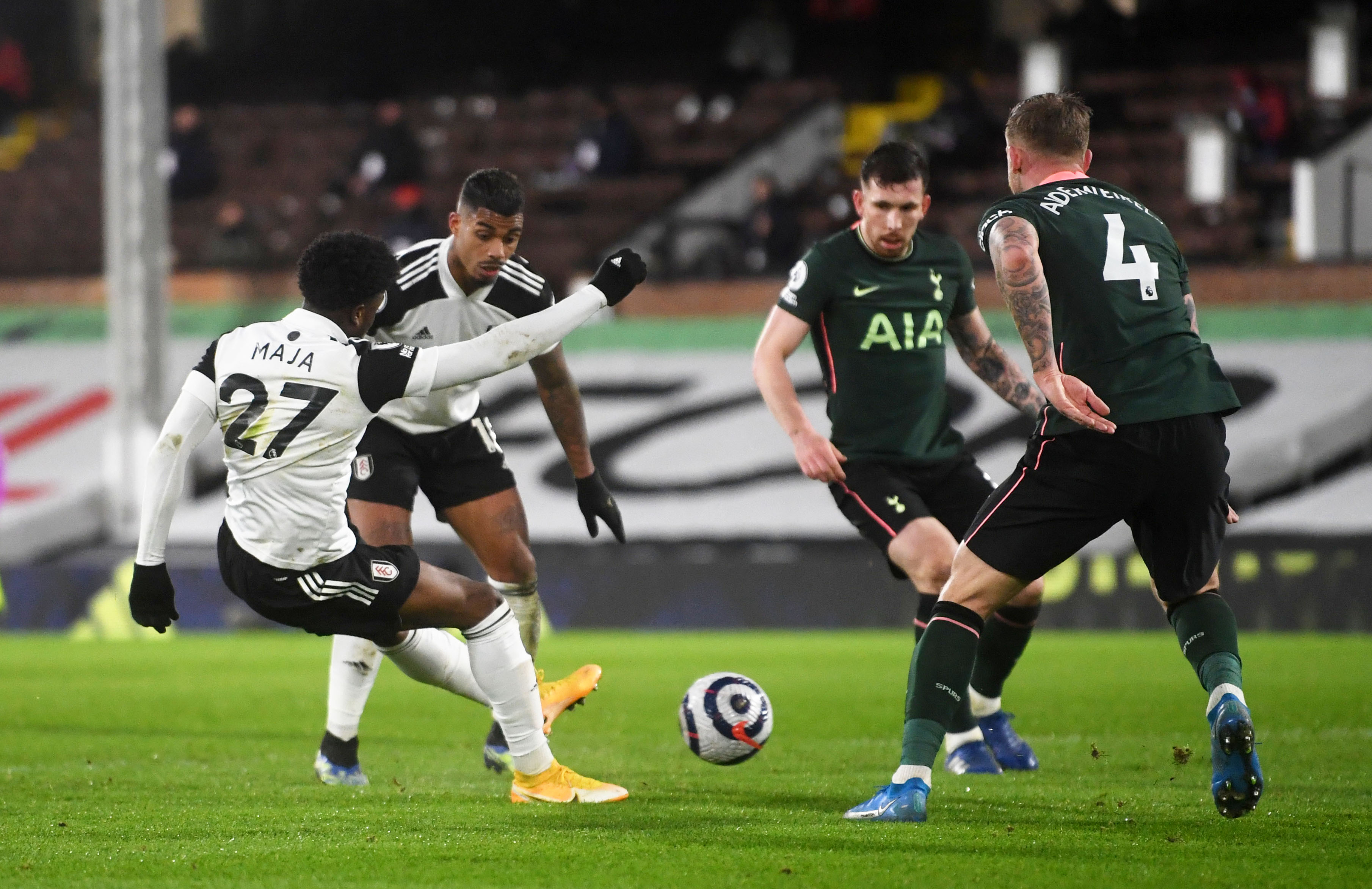 The on-loan forward reacted well to turn the ball home into the bottom cornerCredit: Reuters 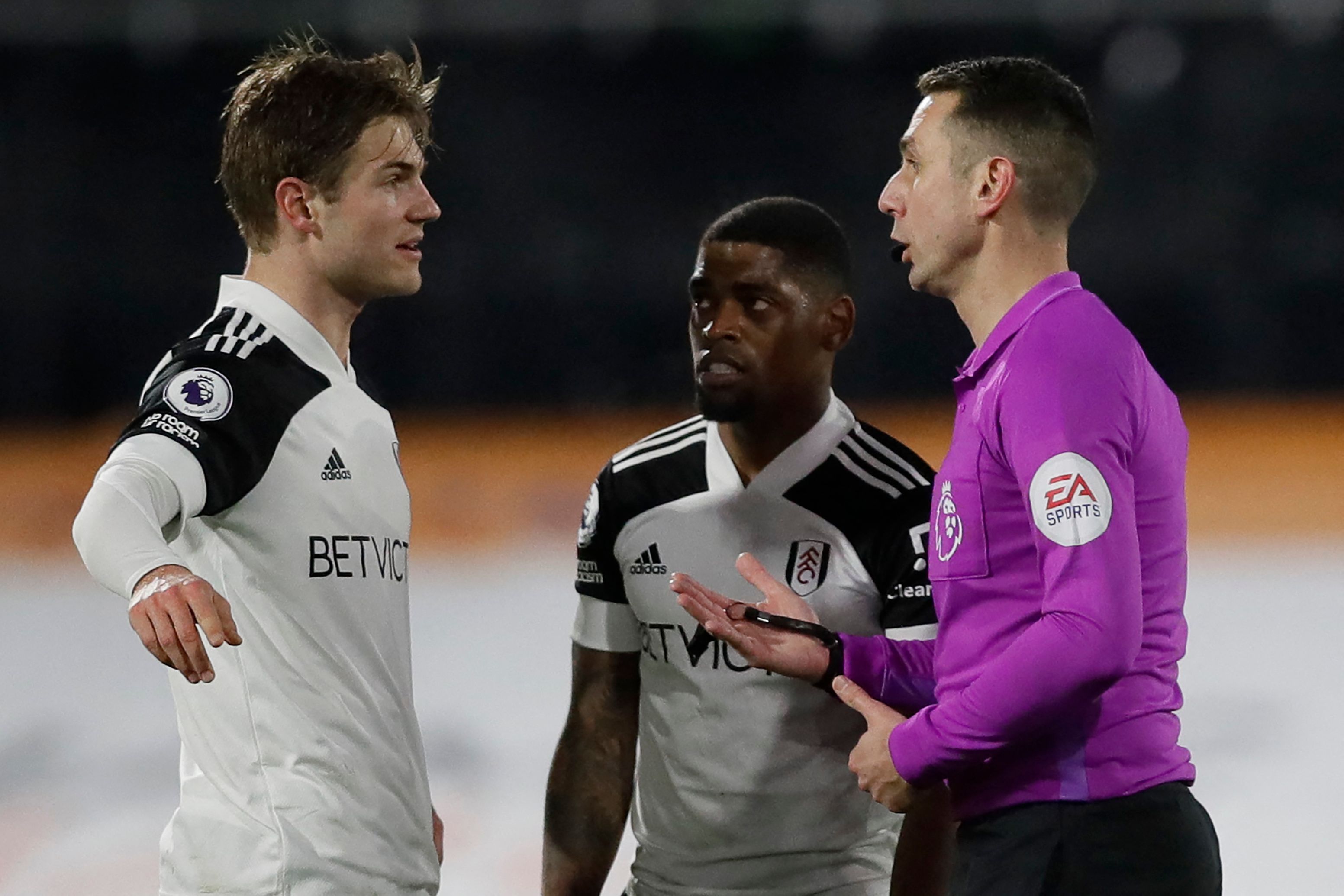