Fulham striker Mitro provided a written submission to the appeal panel, which confirmed their clash on Saturday was accidental. 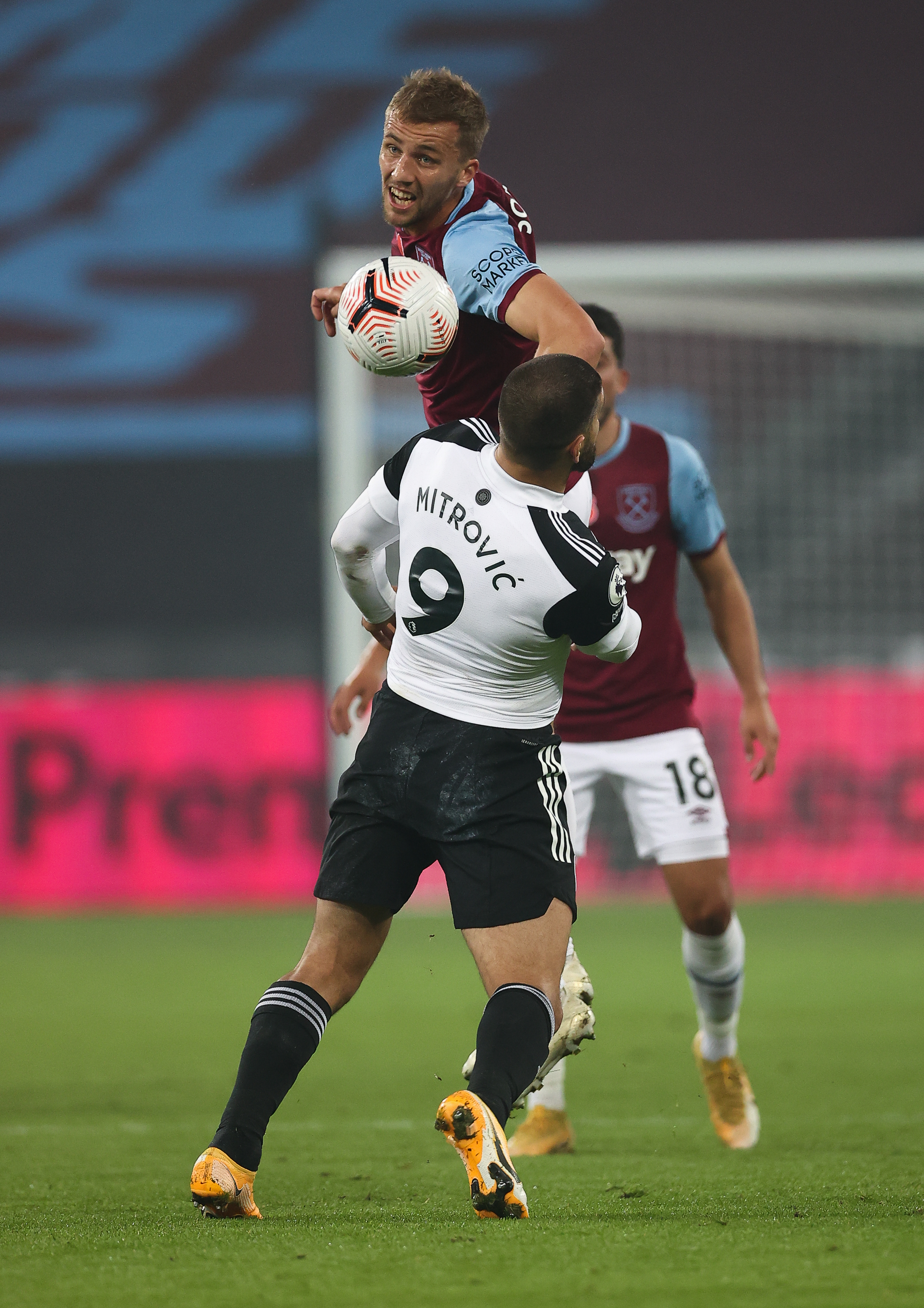 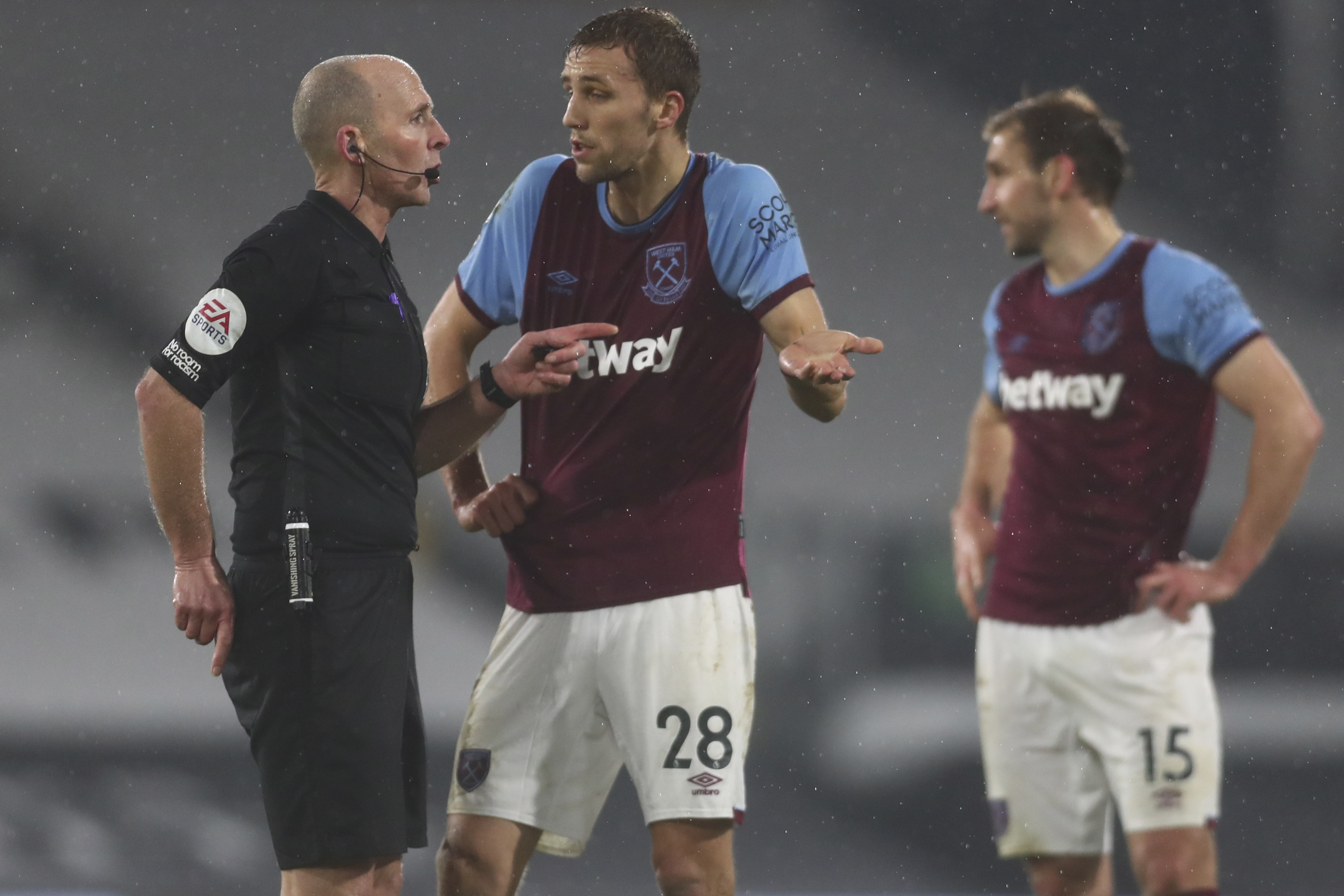 Soucek has had his red card overturned, with the midfielder now available to face Manchester United in the FA CupCredit: AP:Associated Press

Czech ace Soucek put his elbow into Mitrovic’s face but insists it was unintentional — and he has been backed up by boss David Moyes.

The controversial decision was widely condemned — and Mitrovic criticised for his initial reaction to the incident, having gone to ground clutching his face.

But the Serbian forward made a remarkable gesture to support Soucek’s case and it has proved successful.

The sending-off has been rescinded and West Ham will have one of their best players available for Tuesday’s FA Cup fifth-round tie at Manchester United.

Mitrovic was said to be ‘hurt’ by the elbow — but was determined to stand up for a fellow pro.

It has still put the spotlight on refereeing decisions and VAR yet again as the technology fails to win over managers, players and fans.

Moyes said: “At the moment, we are appalled by the levels that are creeping into the game —  it’s not all about the officials. 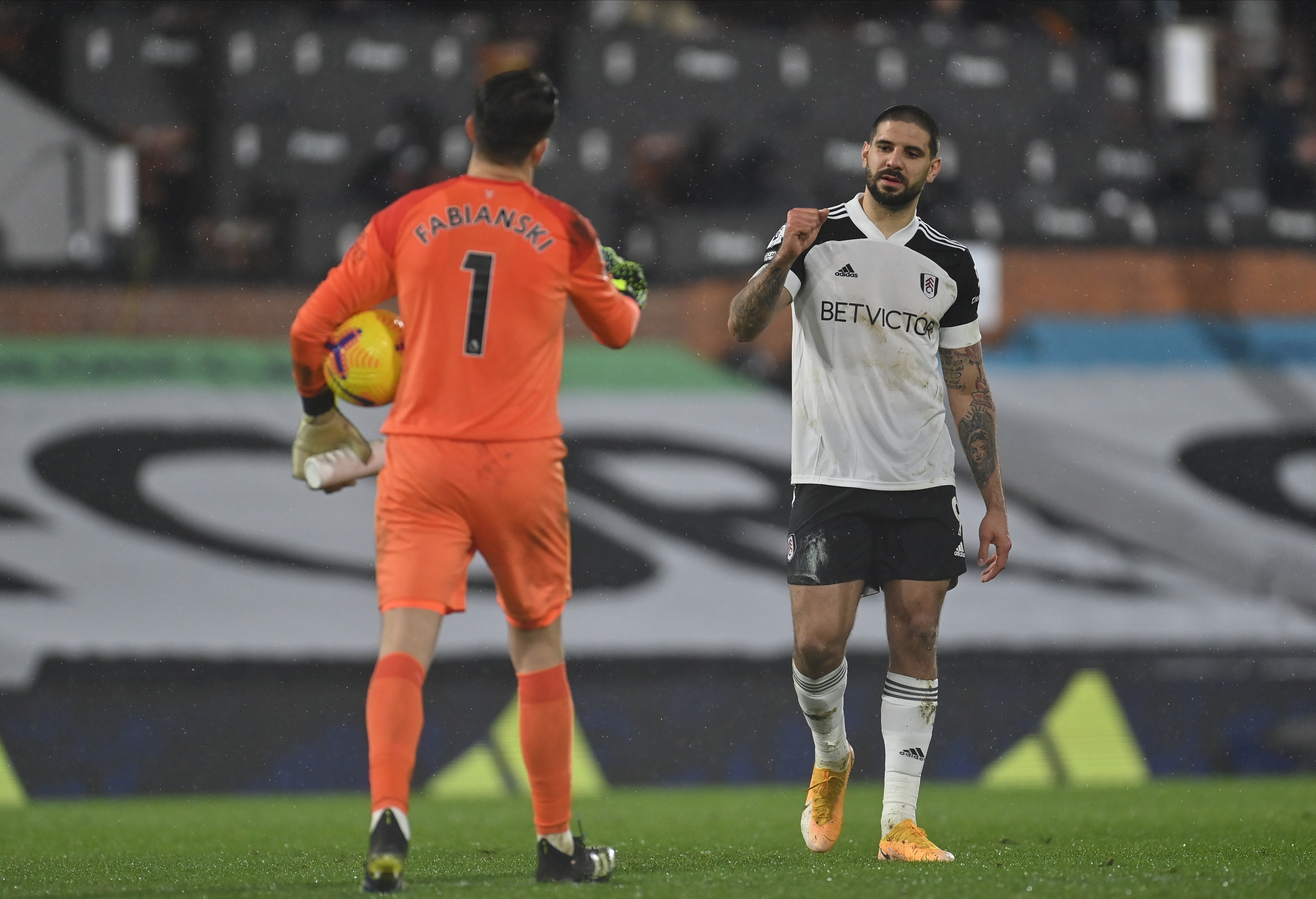 Fulham striker Mitrovic acted as a star witness in Soucek having his ban rescindedCredit: EPA

“We are getting the softest things and they are making the referees and the officials make decisions.

“Once players start to see that they are not going to be rewarded they will start to say to themselves, ‘I’d better stay on my feet here, I’d better stop screaming.’

“Only then, when we get all those parts together, will we start seeing progress.

Moyes believes refs’ chiefs at the PGMOL are stubborn about letting ex-pros sit in on VAR decisions from their base at Stockley Park.

He said: “I don’t think they are very open at all. There have been a few suggestions saying, ‘Could we get a football person in at Stockley Park to look at decisions?’

“I am on the LMA committee and there is regular dialogue. It is the rules that we are not enjoying, it is not the referees.

West Ham have still yet to be awarded a penalty this season.

Moyes said: “That’s because I tell my players to stay on their feet.”