MIGUEL Almiron sent a stunning message to arch-critic Jack Grealish as the Toon went on a capital rampage.

Paraguayan schemer Almiron was mocked by the England midfielder at the end of last season and kept the spat going. 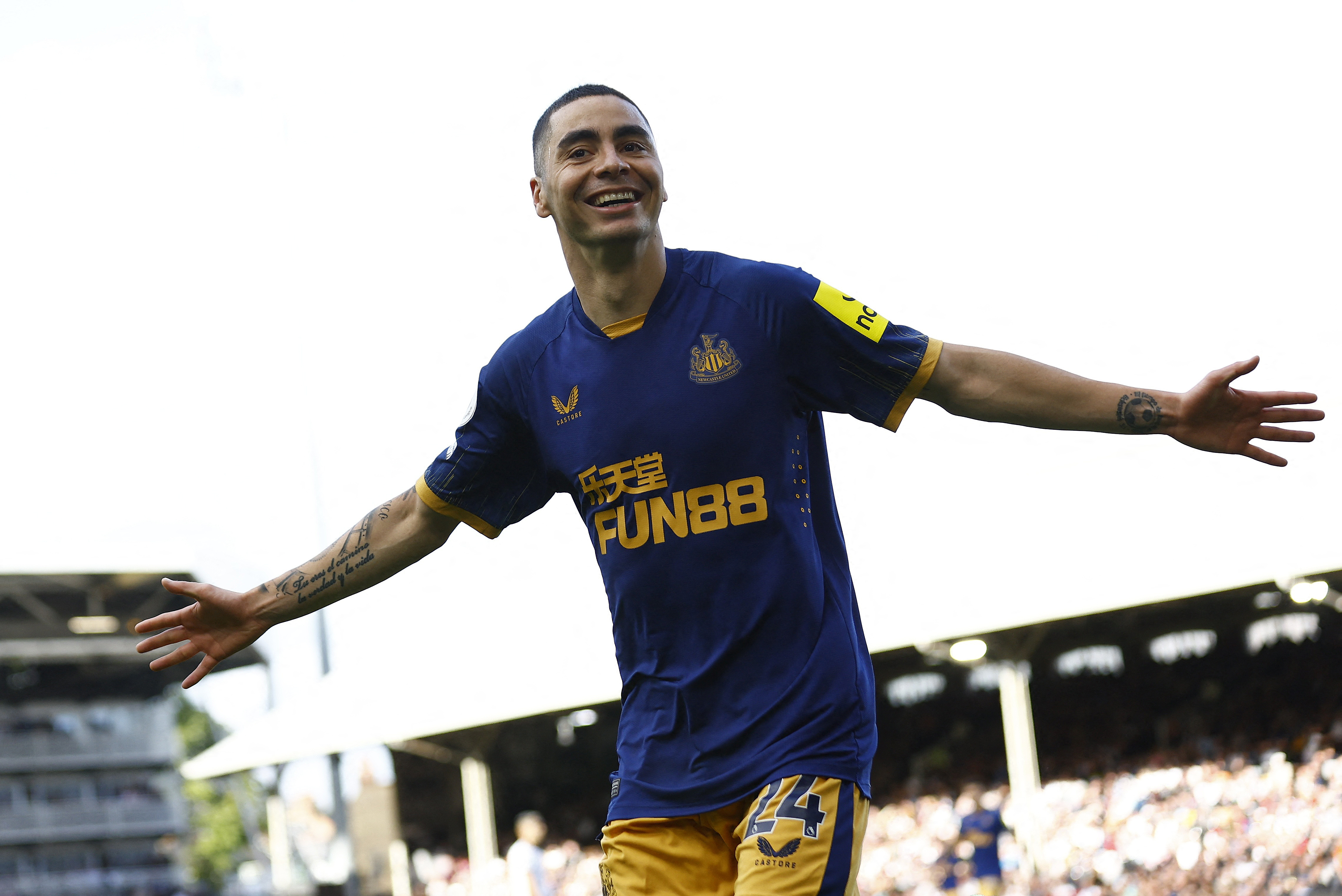 But there could have been no better response or display of his quality than the magnificent strike, the first leg of a deadly double, that helped hammer 10-man Fulham.

Eddie Howe’s men were already a goal up and in total control after the rightful dismissal of Nathaniel Chalobah when Almiron, on the right edge of the box, laid off to Bruno Guimaraes.

He ran into the space the awful Layvin Kurzawa opted not to fill.

And when it dropped, the South American steered a superb and unlikely volley with the outside of his left foot into the far corner, leaving Bernd Leno utterly helpless.

It was a goal that summed up the difference in class as Fulham suffered a craven capitulation at the Cottage, made worse with top scorer Aleksandar Mitrovic limping off in the first half.

But there could be no arguing Howe’s Toon earning only their second Prem win of the season, with Almiron’s beauty bookended by first half tap-ins from Callum Wilson and Sean Logstaff before he added a fourth from close range. 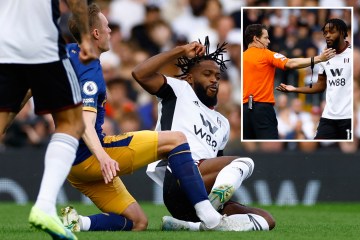 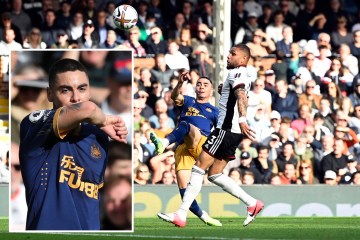 But it could, should, have been far more.

Fulham were hopeless and witless, with Chalobah and Kurzawa the villains in chief, but the rest of Marco Silva’s men also deserving prosecution.

Wilson had already missed a sitter, prodding against the post with the goal begging after Leno parried from Dan Burn, when Chalobah saw red in the seventh minute.

Ref Darren England missed the appalling, out of control and off his feet lunge as Chalobah planted his studs into Longstaff’s ankle with potentially leg-breaking force.

But VAR Mike Dean did not, suggesting a pitchside review which could only have one outcome, with even some home fans calling the dismissed Chalobah an “idiot” as he trudged off.

Within four minutes, Wilson made amends for the miss with his third of the season.

Kieran Trippier’s delivery found Joe Willock unmarked at the back post with a header that was going over the line before Wilson made sure.

Fulham looked a disorganised, panicked rabble, Newcastle better in every department as they passed the ball about with ease, never under any pressure.

Wilson should have made it two when he curled wide after being given an age to spin on Willock’s cut-back.

But when Almiron’s glorious touch was swiftly followed by Mitrovic’s forced disappearance, Fulham threw the towel in.

Murphy, twice, and Willock could have made it three before Longstaff did, tapping home a simple rebound after the over-stretched Leno had tipped Sven Botman’s header against the upright. 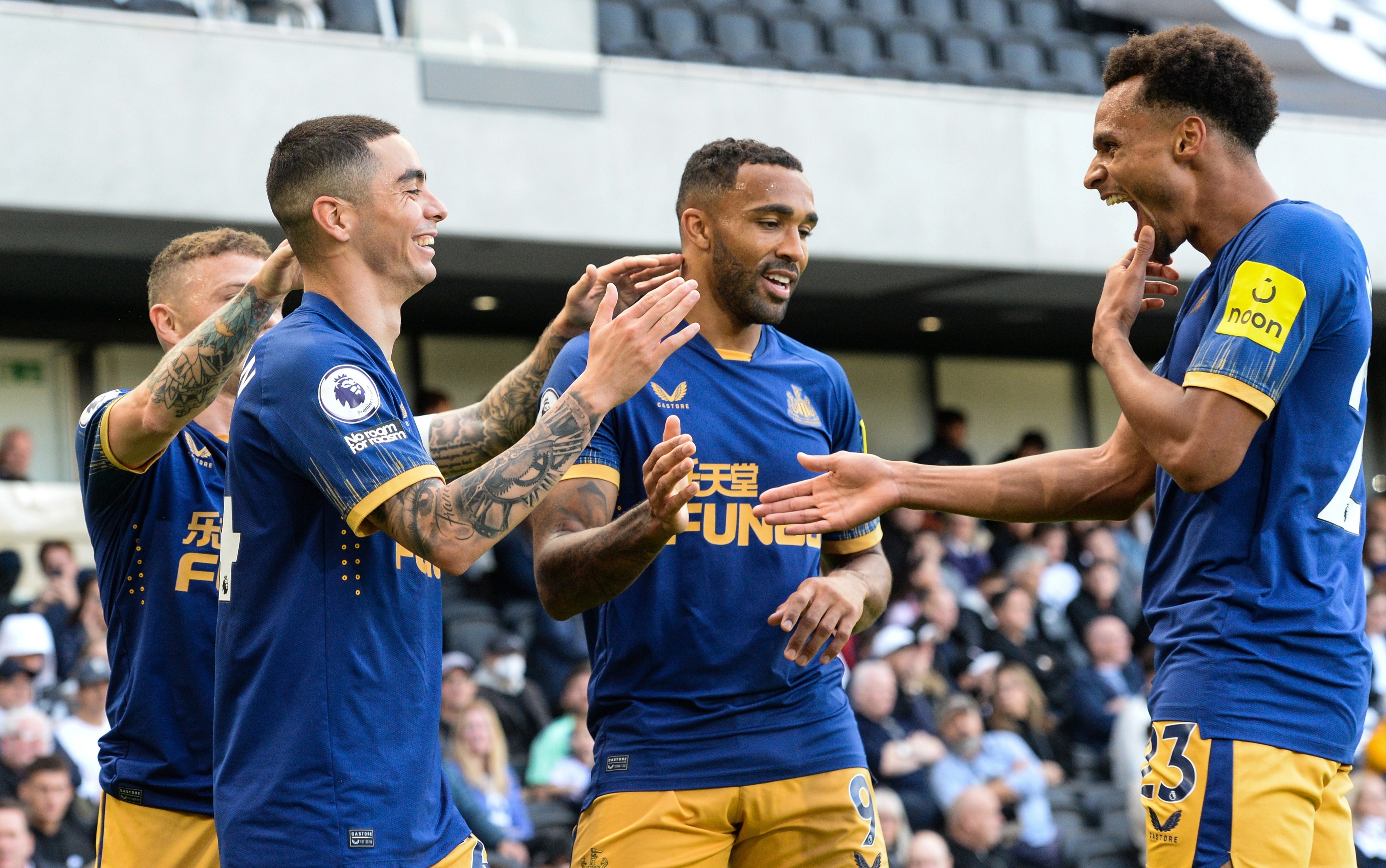 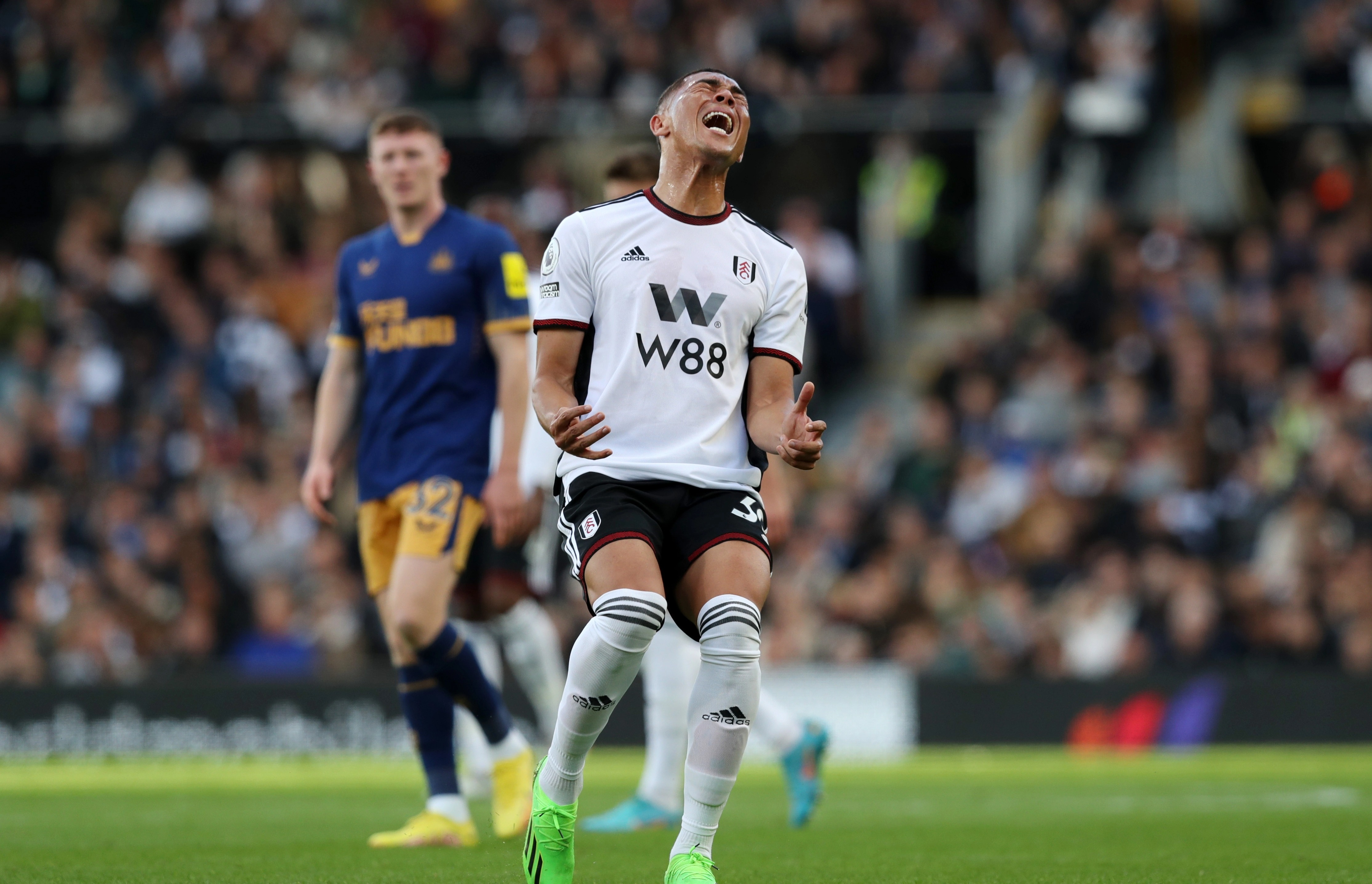 That was the cue for Kurzawa to depart, too. He should be ashamed of his contribution.

The only surprise was that the half-time boos were not louder but the second half was more of the same.

Murphy went close before he fed Willock, whose low cross was converted with ease into the empty net by Almiron, Fulham no more organised after a switch to a back three.

Almiron thought he had claimed his first Prem hat-trick as he swept home in front of the away fans, only for the flag to cut short his delight.

That was the only disappointment for Almiron and Howe, in a display that brought an overdue and welcome second Prem win of the season.

And with Joelinton on the bench and livewire Allan Saint-Maximin due back soon, Howe had a smile as wide as the Thames running behind the new main stand.

Despite that late goal, Silva, by contrast, might have been tempted to jump into it.

London: Search for August Petrie, 12, who went missing from hospital