FANS have hailed Middlesbrough flop Martin Braithwaite as Barcelona’s new ‘GOAT’ after he scored a brace against Real Sociedad. 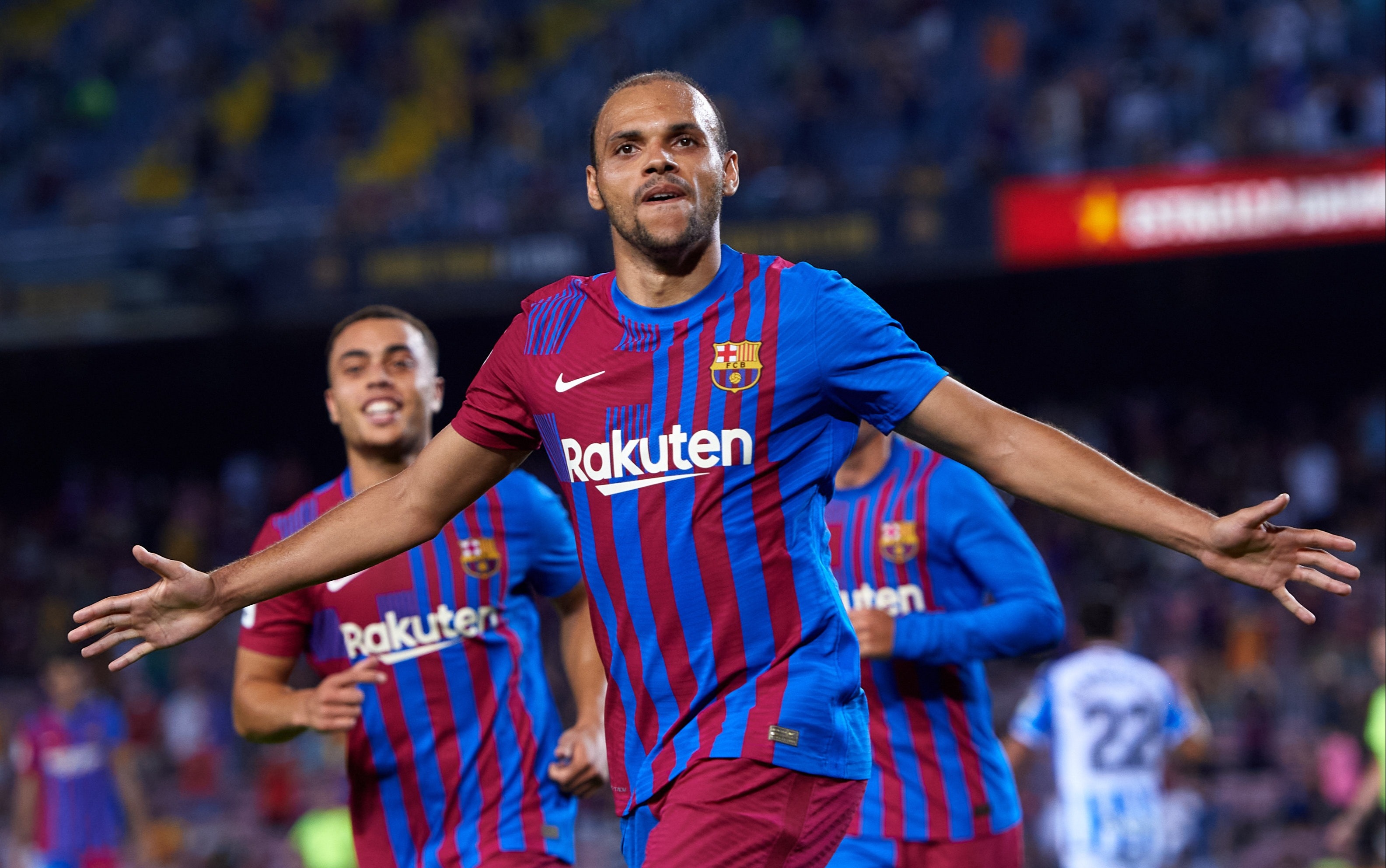 But without Messi, the Barca boss was forced to turn to Braithwaite, 30, as they looked to get their title bid off to a flying start at the Nou Camp.

After Gerard Pique opened the scoring for the hosts, Braithwaite doubled their lead with a powerful header just before the interval.

He then added a second in the 59th minute before Sociedad mounted a comeback, scoring twice to leave Barca with a slender 3-2 lead.

But just as it looked like Barca were going to suffer a dramatic collapse, Braithwaite stepped up to assist Sergi Roberto and secure a 4-2 win.

Fans were loving the Danish striker’s exploits on social media, with one tweeting: “New GOAT in town… Braithwaite got us.”

Another one tweeted: “No way people laughed when Braithwaite asked for Messi’s No10 shirt. There’s no better man for the job.”

Martin Braithwaite is a better goalscorer than Cristiano Ronaldo and this is not even debatable. He doesn’t rely on penalties to get his name on the scoresheet.

He joined Barcelona in February 2020 after completing a controversial, shock transfer from LaLiga rivals Leganes.

The Catalan club were granted permission to sign Braithwaite outside of the transfer window due to an injury crisis at the club.

Leganes were not awarded the same luxury and were subsequently relegated from the top flight.

Barcelona face a trip to Athletic Bilbao in their next game on Saturday, August 29 before hosting Getafe eight days later.