THIRSTY footy fans could finally be allowed to have a pint again on the terraces under new plans unveiled today.

Ministers today welcomed proposals to look at a pilot on the sale of beer at some lower league matches.

Football fans could be allowed to enjoy beers in the stands again under new plansCredit: Reuters 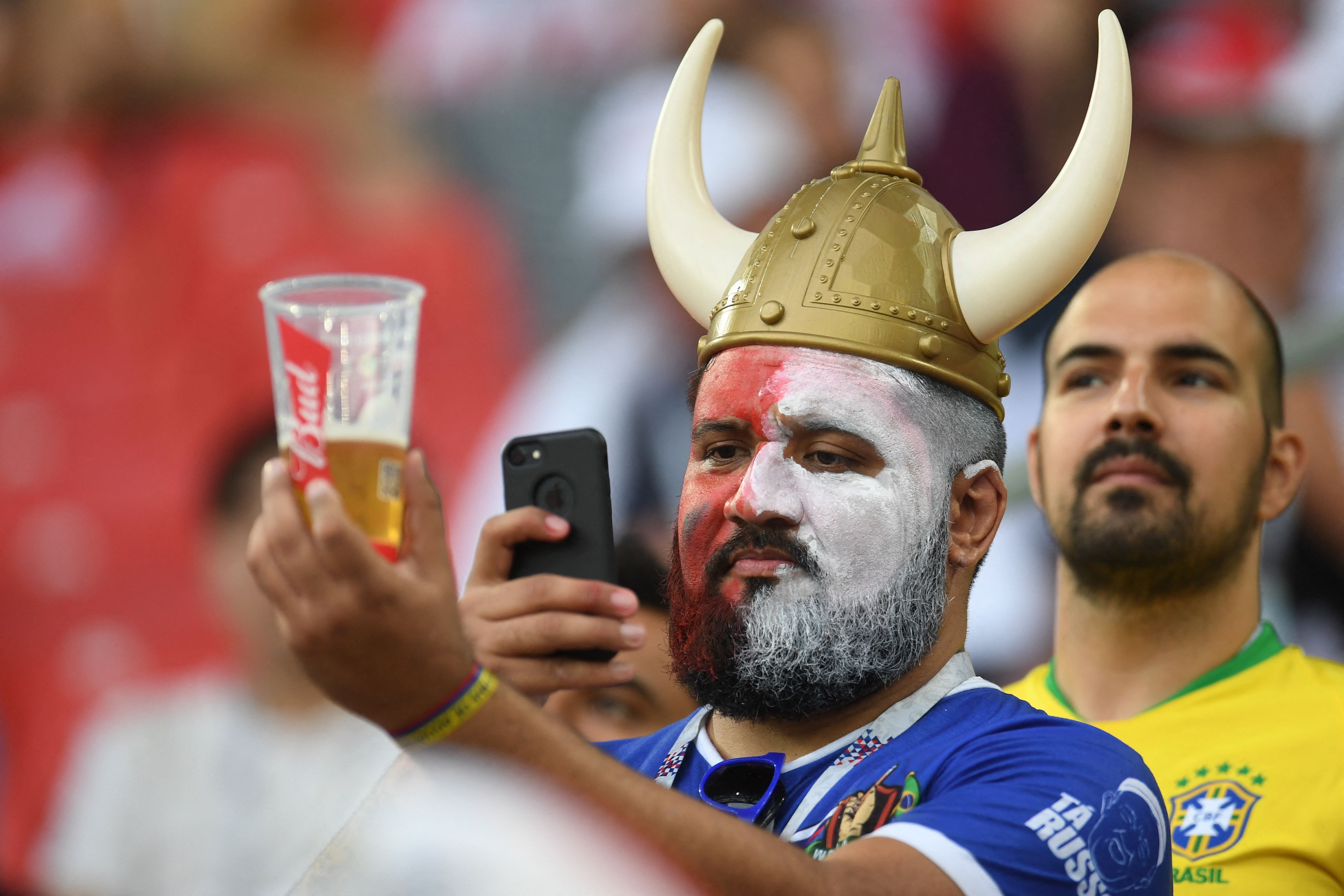 Fans haven’t been able to consume booze in sight of the pitch since 1985.

But now reformers want to change that rule for smaller clubs to boost their income and the grass roots game.

They say getting more Brits ploughing their cash into local teams will help English football overall.

The plan come in the result of a fan led review ordered by No 10 after the European Super League scandal.

Currently only non-league sides are allowed to sell pints of beer to be consumed by fans in the stands.

Supporters can only consume alcohol on the concourse at all teams in the Football League and Premier League.

The review looked at the experience of Dulwich Hamlet, which plays in the National League South.

Club bosses said they can’t afford to get promoted because they’d lose 40% of their revenue through having to shut their “successful” bar.

The authors of the report said this would be “a perverse outcome which
undermines the merit based system of the English football pyramid”.

They said booze sales can have “benefits to club sustainability” and there are “doubts about the effectiveness of the current law”.

It cites evidence from professional rugby matches, where fans can drink in the stands, as an example of the boost to club coffers.

Reformers calculate football teams are losing out on around £2 per person for every home match they play.

“Clearly, this is a significant loss of revenue that might otherwise contribute to sustainability.”

The review calls for a “small scale pilot scheme” at League Two and National League sides to see if alcohol sales should be reintroduced.

Other proposals in the paper include a £160million transfer tax on Premier League clubs each season to support the lower leagues.

The tax would be “similar to stamp duty” paid on properties for clubs buying players.

The review states: “If a ten per cent levy had been applied in the last five seasons, an estimated £160m per year could have been raised.

“This would be a relatively modest cost to Premier League clubs — but could be game changing to the rest of the football pyramid.”

Last summer it would have seen Manchester City paying an EXTRA £10m on top of the fee for Jack Grealish.

There would also be an “integrity test” for potential owners that would’ve blocked Newcastle United’s £300m Saudi takeover.

In order to be approved by the proposed new independent regulator who would be appointed by the Government, any owner would have to pass a new ‘Integrity Test’.

While a potential owner would be considered ‘of good character’ unless there is ‘reliable evidence’ to the contrary, the regulator would look at ‘criminal matters’, ‘relevant information from credible and reliable sources’, past business dealings and ‘integrity and reputation’ of close family members.

I worked at Currys PC World