GARETH SOUTHGATE has a huge selection headache ahead of him as he picks his England squad for Euro 2020.

The Three Lions boss has until the end of May to cut his wealth of talent down to just 23 names. 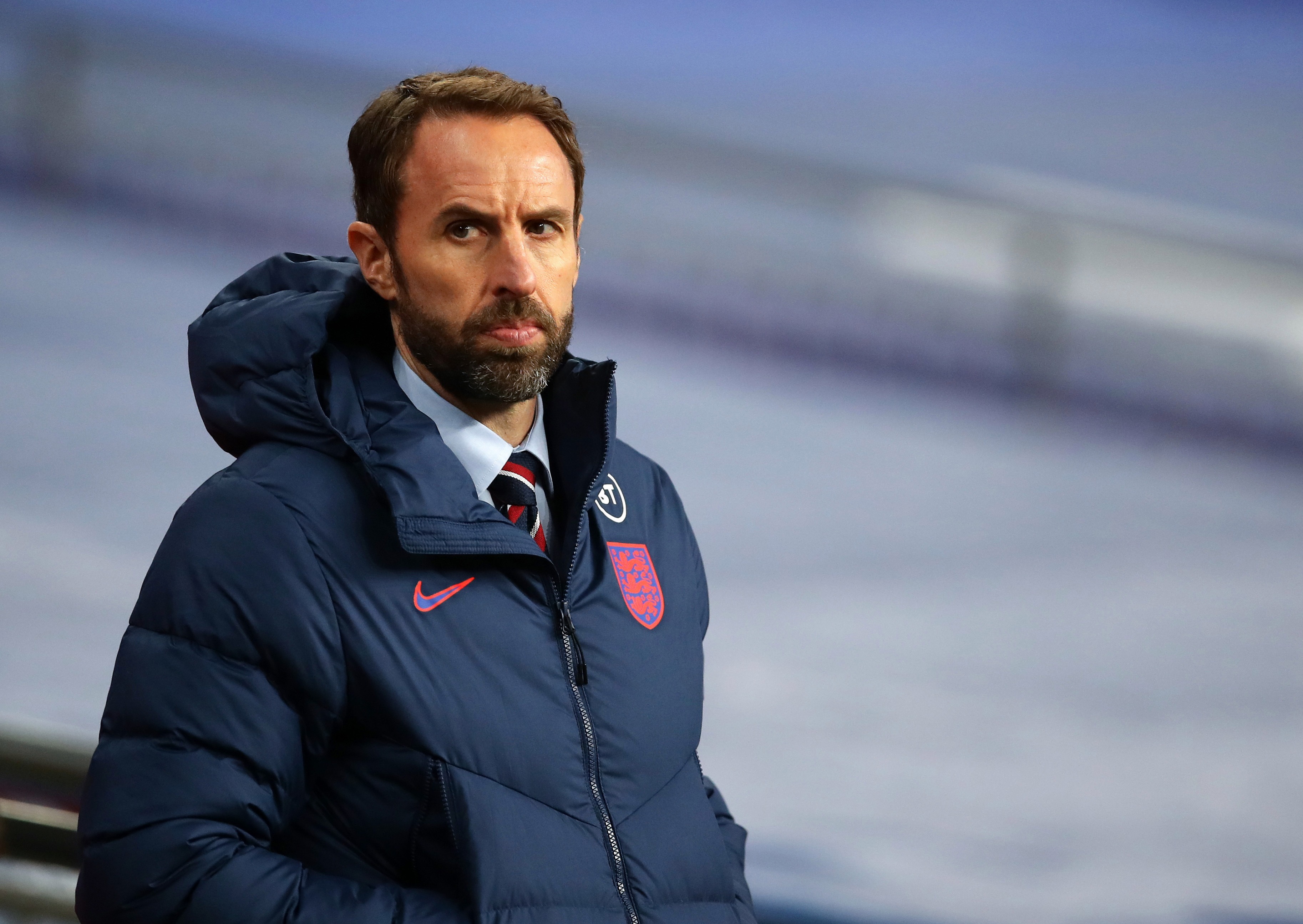 Gareth Southgate has much to ponder ahead of picking his Euro 2020 squadCredit: Represented by ZUMA Press, Inc.

While the likes of Marcus Rashford and Harry Kane are seemingly assured of a place in the squad, there is huge competition for the remaining plane tickets.

Particular points of interest include the centre of defence, left-back, attacking midfield and the final striker spots.

With the Premier League season not yet halfway through, there is plenty of time for star players to put themselves in Southgate’s thoughts.

Here, SunSport details five names the England boss may have to consider for his Euro squad.

A stalwart of Southgate’s defence at the last World Cup, Stones has popped back on the radar through a stunning return to form for Manchester City.

Having formed a brilliant partnership with Ruben Dias, the Cityzens have not conceded in their last six Premier League matches.

Having missed out on the Three Lions’ three previous meet-ups, Stones can feel confident of jumping Michael Keane, Tyrone Mings, Eric Dier and Conor Coady in the pecking order.

So long as he can avoid the sort of calamitous mistakes seen in the Nations League finals two summers ago. 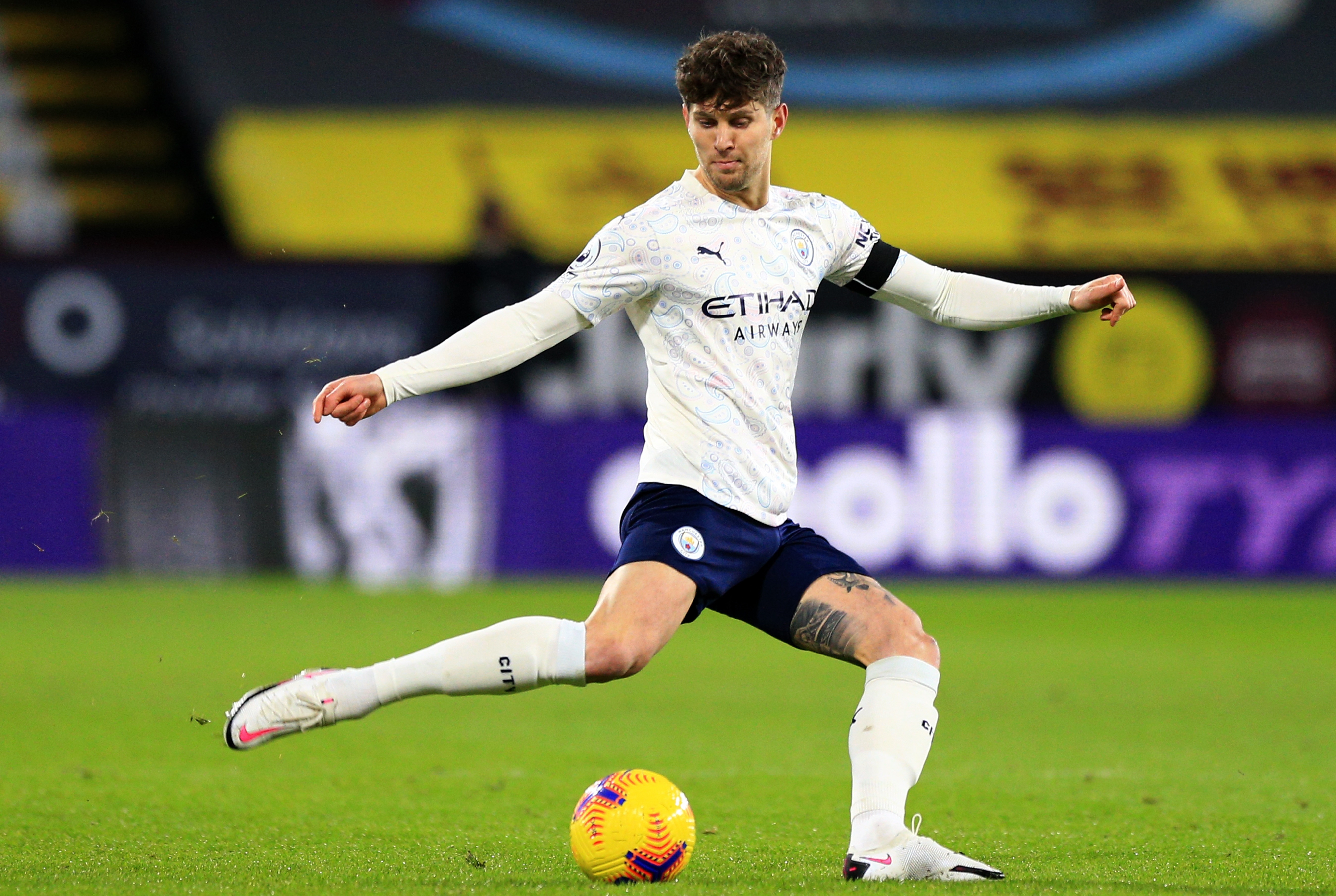 John Stones has made himself one of the first names on the Manchester City teamsheetCredit: Getty

Southgate has an abundance of youthful options to back up Kane next summer.

Dominic Calvert-Lewin has played himself into being undroppable while Tammy Abraham remains a favourite despite a middling season with Chelsea.

Few could argue with Ings stealing that third spot if he can continue his amazing goalscoring form of the past 18 months.

Last season’s 25-goal effort was no flash in the pan with a further seven strikes, including a worldie winner past Liverpool, so far this season. 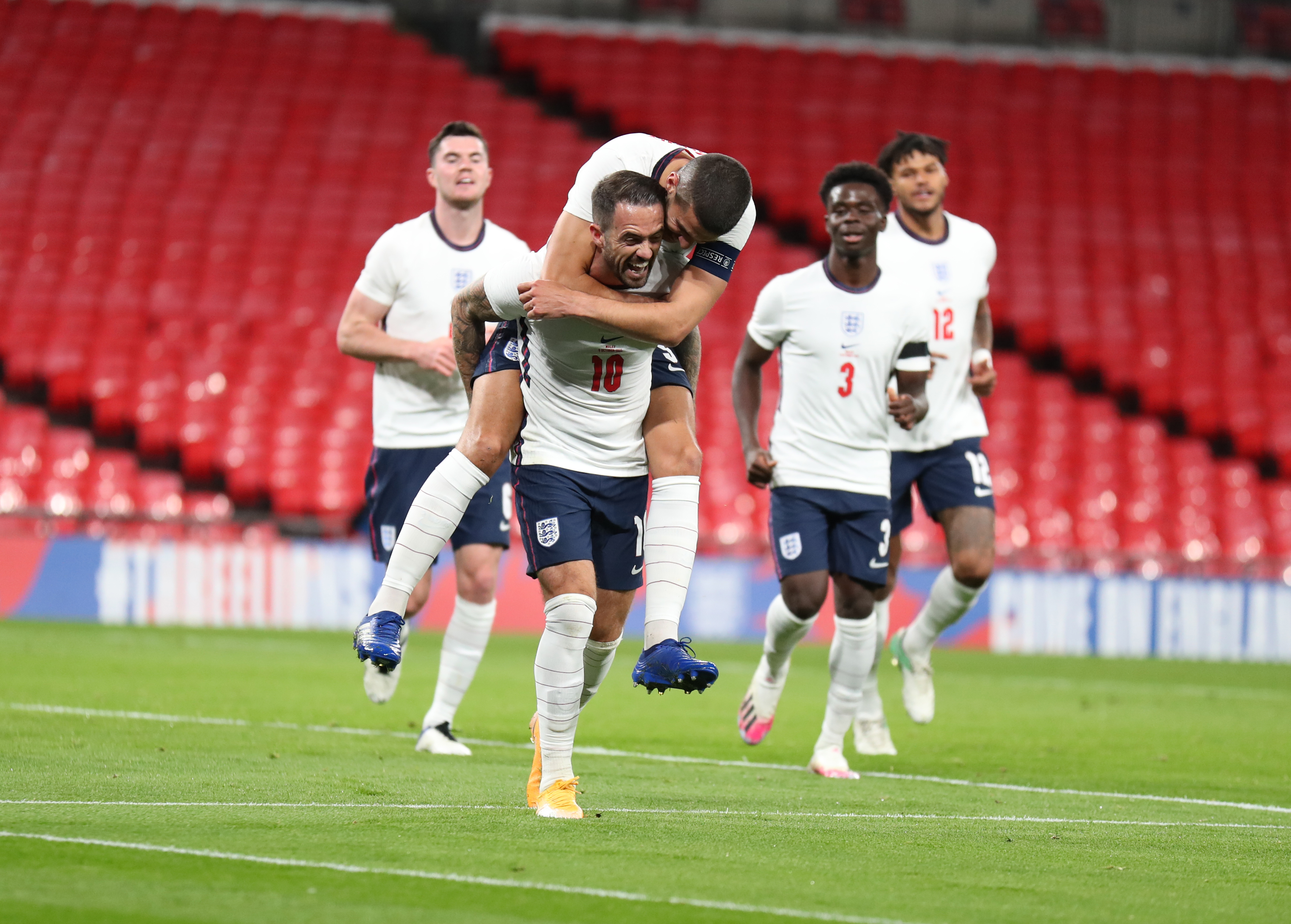 How could you ignore the starting left-back for the Premier League champions?

That will be the question Manchester United‘s Shaw hopes to put to Southgate at the end of the campaign – if the Red Devils can win the title.

Ben Chilwell is comfortable in the squad with Bukayo Saka and Ainsley Maitland-Niles also liked by Southgate.

Shaw, who has produced three assists already this term, only has eight caps having last played for England in 2018.

But Southgate is certainly aware of his abilities and said last year: “[Shaw] is more than capable of being the best left-back in the country in my opinion.” 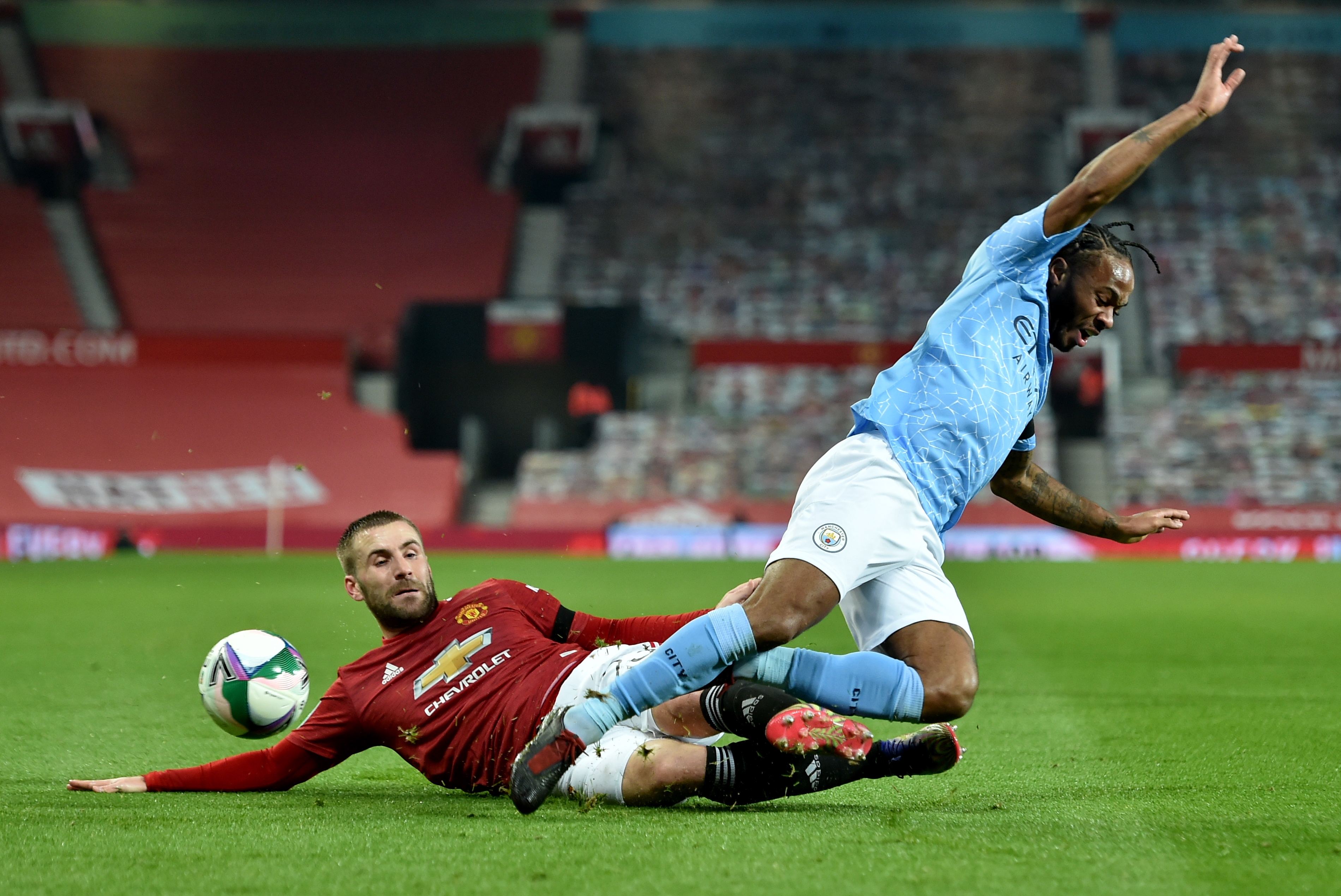 Luke Shaw is pushing for one of England’s more open positions, at left-backCredit: EPA 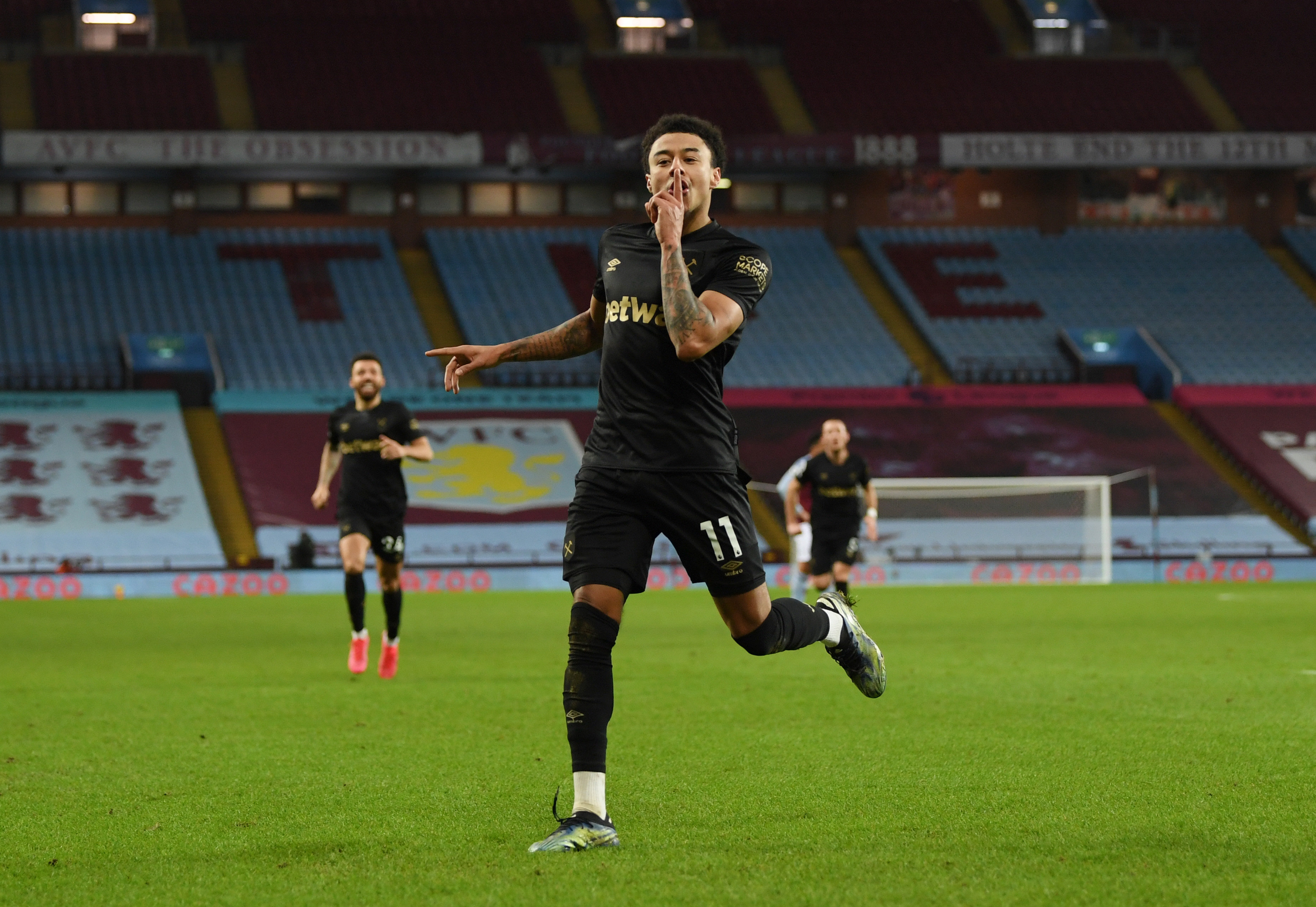 Jesse Lingard got off to a flying start to life at West Ham with two goalsCredit: Reuters

Once a key member of Southgate’s England squad, the 28-year-old has endured a rough couple of years after falling out of favour at United.

The attacker has won 24 caps and scored four goals for his country but his last appearance came in the Nations League Third-Place play-off against Switzerland in 2019.

In a bid to rejuvenate his career, the star joined West Ham on loan for the rest of the season earlier this week and got off to a flyer.

He scored two goals on his debut to help fire them to a 3-1 win at Aston Villa on his first Premier League start for over a year.

Now his Hammers boss David Moyes has backed Lingard to force his way into Southgate’s plans this summer.

He said: “If he keeps up the form he showed tonight, and he is not completely match fit, scoring the goals, he will not be far way from Gareth Southgate’s England squad in the summer.”

Southgate is spoiled for choice in selecting an attacking wildcard next summer.

Jamal Musiala, Jude Bellingham and Eberechi Eze are all putting their name forward for the role of super-sub magician.

But Barnes, who made his England debut last year, is perhaps best placed.

Now an integral part of Leicester’s latest charge to the top-four, the 23-year-old may even edge out team-mate James Maddison for a spot at Euro 2020. 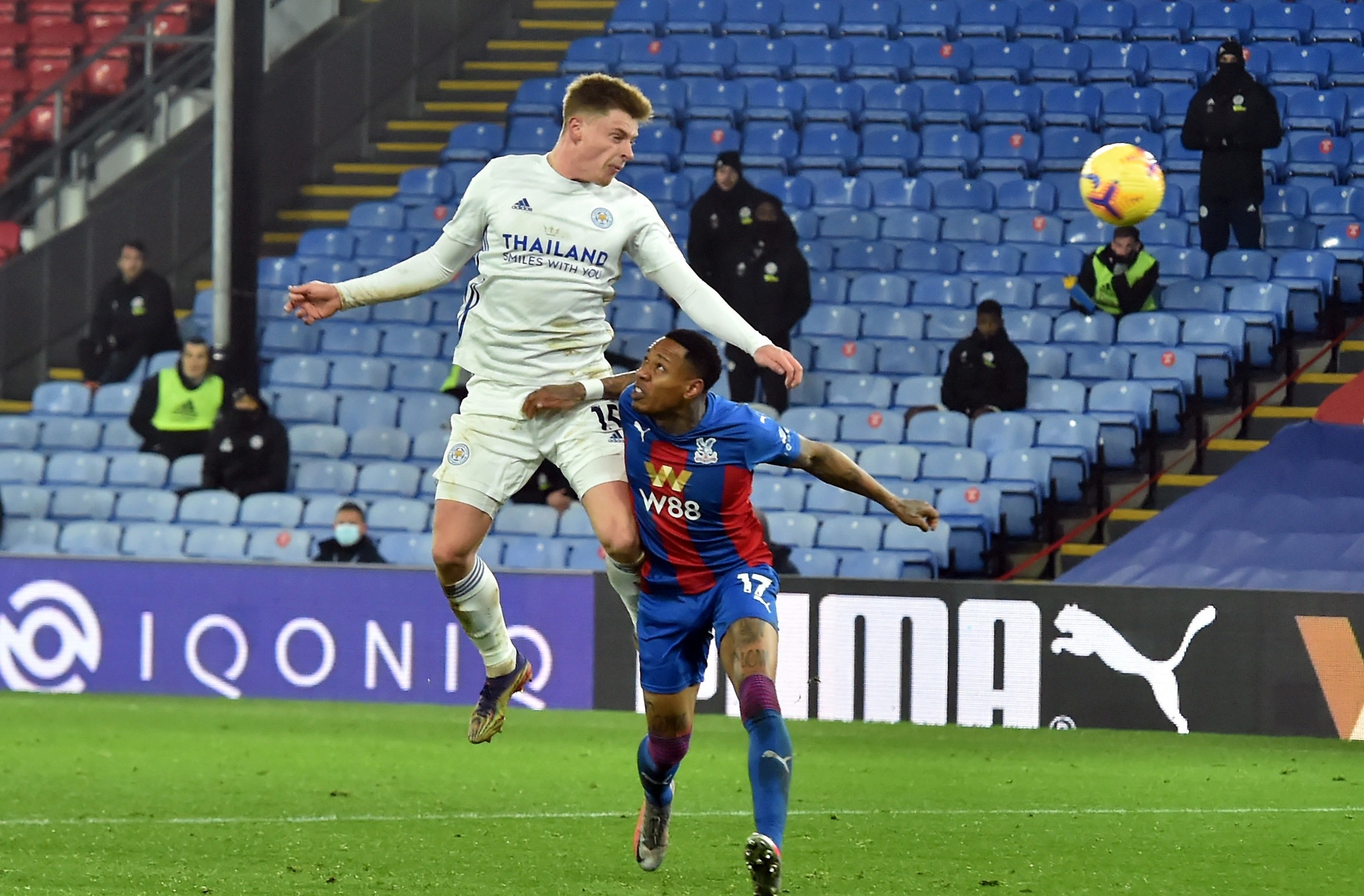 Could Harvey Barnes continue his run into the England team?Credit: Getty Images – Getty