FOR Fedor Sneaks, lockdown has been a blessing for business.

The 17-year-old, real name Fedor Makarov, has been filling in for Harvey Nichols and Selfridges, while those department stores have had to close their doors during the ongoing Coronavirus pandemic. 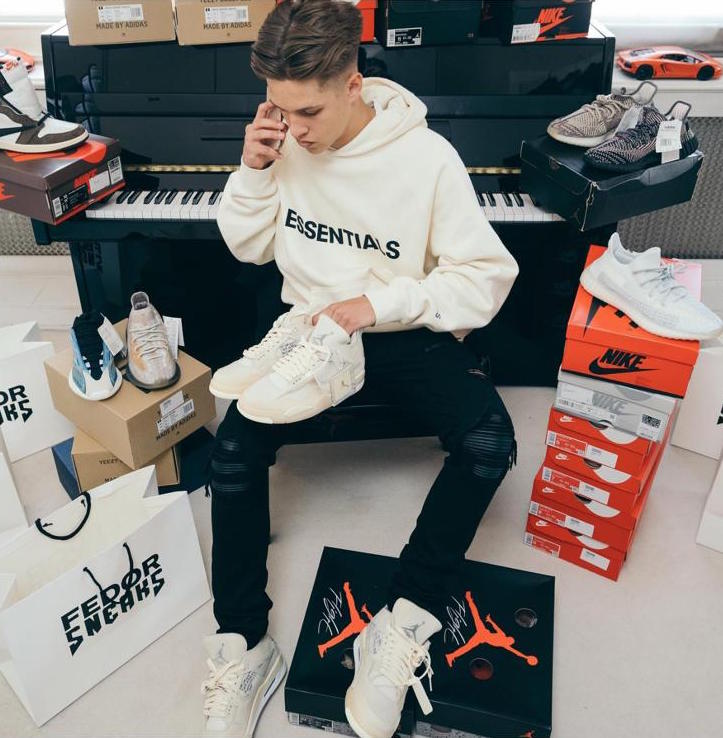 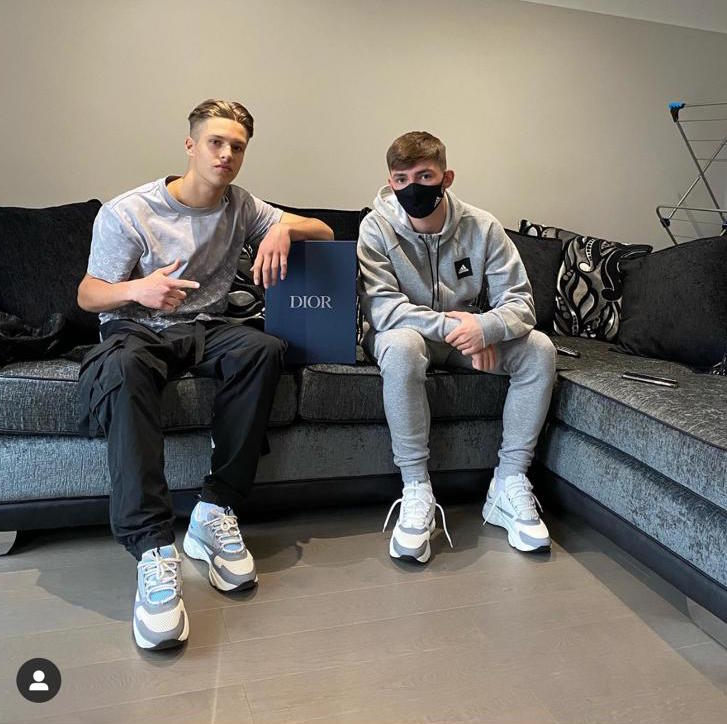 Chelsea star Billy Gilmour is one of Fedor’s many clientsCredit: www.fedor-sneaks.com

Fedor, based in London, has been kitting out footballers like Arsenal midfielder Emile Smith Rowe, Chelsea’s Billy Gilmour and Manchester United youngster Mason Greenwood with designer threads in the meantime.

From £1,050 Christian Dior trainers to £500 Fear of God Essentials tracksuits, the clever personal shopper is the go-to reseller for any self-respecting Premier League star.

“Business has been booming, and I didn’t think footballers would need clothes or trainers during the pandemic.

“But there were some days I couldn’t even complete my orders, it’s been mad.”

Fedor officially set up Fedor Sneaks in 2017, but has been reselling trainers since the age of 12.

He began by queuing outside shops overnight whenever there were limited trainer releases, buying them to sell for a quick profit.

“When I was 12 I used to watch all these American YouTubers,” Fedor said.

“And they all had these amazing shoe collections. I always wanted the same, but I couldn’t really afford that at the time.

“So I came to the conclusion if I wanted nice trainers myself, I’d have to buy them and then sell them on for a profit. 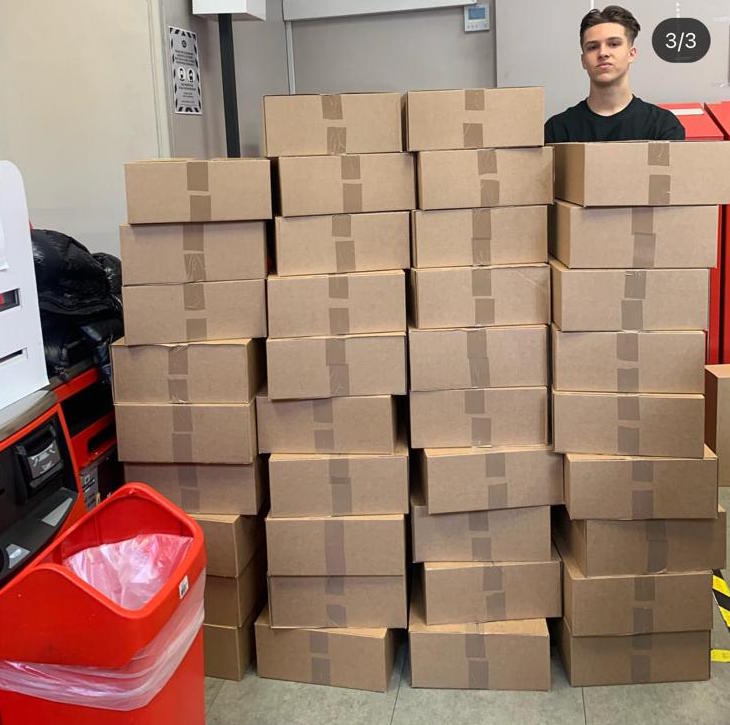 Business has been booming for Fedor Sneaks during lockdownCredit: www.fedor-sneaks.com 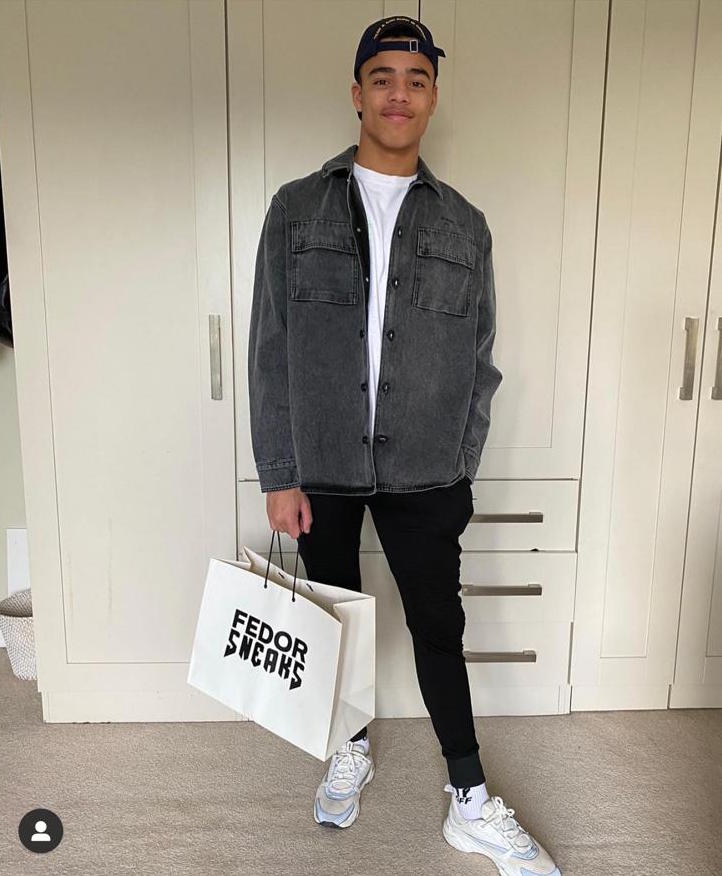 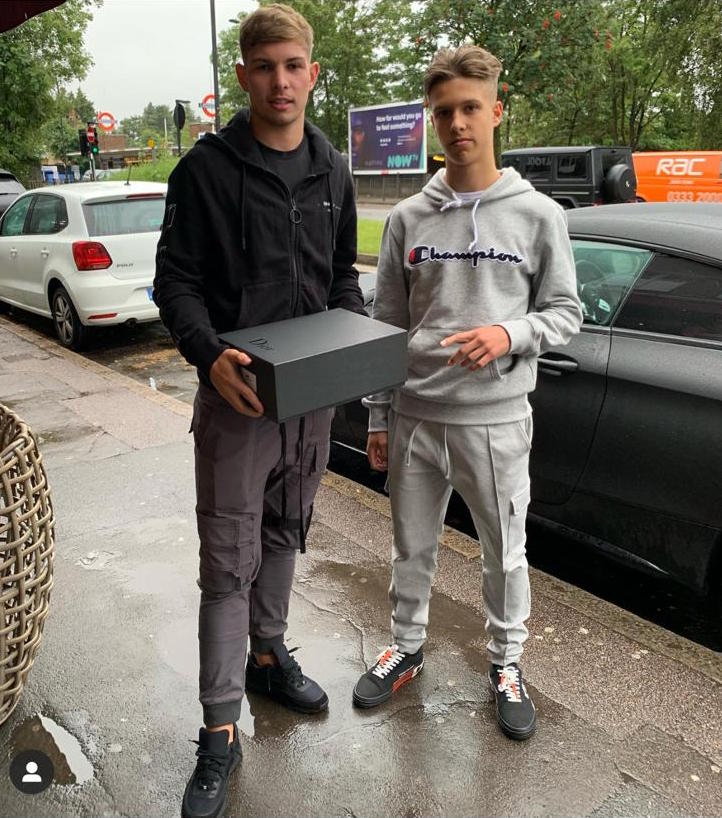 “I used to camp out for 24 hours outside a shop when there was an exclusive release. Then, I could make £40-£50 on each pair.

“Now I have people who queue outside for me.”

As well as waiting outside shops, Fedor also buys trainers like Adidas Yeezys from other resellers and offers them to his clients.

Because he buys in bulk, he will often get a 20 per cent discount.

And then he works out a fairer price with his clients – again at a discounted rate, so everyone gets a good deal.

One of the first footballers to utilise Fedor’s services was Blues’ Scottish midfielder Gilmour.

“He ordered a few bits from me, shared it on Instagram and then it blew up and lots of Chelsea youth stars started making orders,” Fedor said.

“The word spread from there, and I soon met other footballers like Max Aarons and Ben Godfrey who I sold to.” 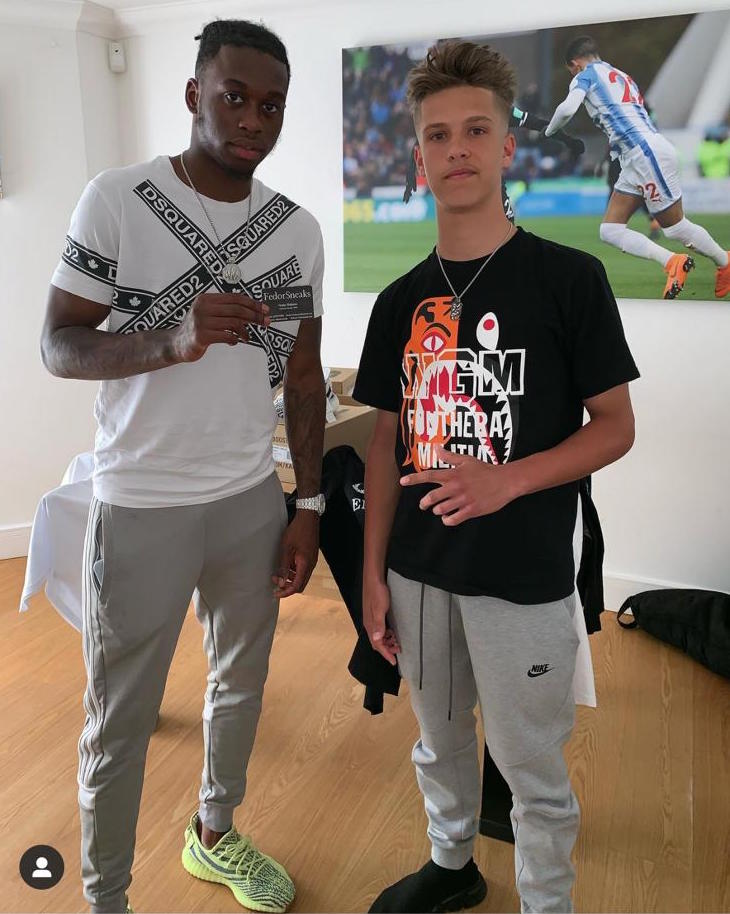 Hours before Aaron Wan Bissaka signed for Man Utd, Fedor Sneaks kitted him out with designer clothes and trainersCredit: www.fedor-sneaks.com 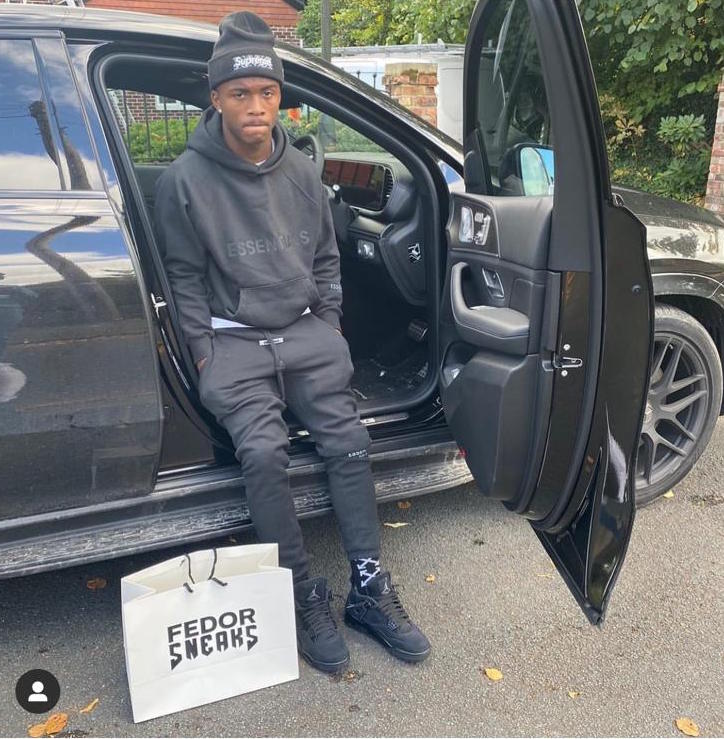 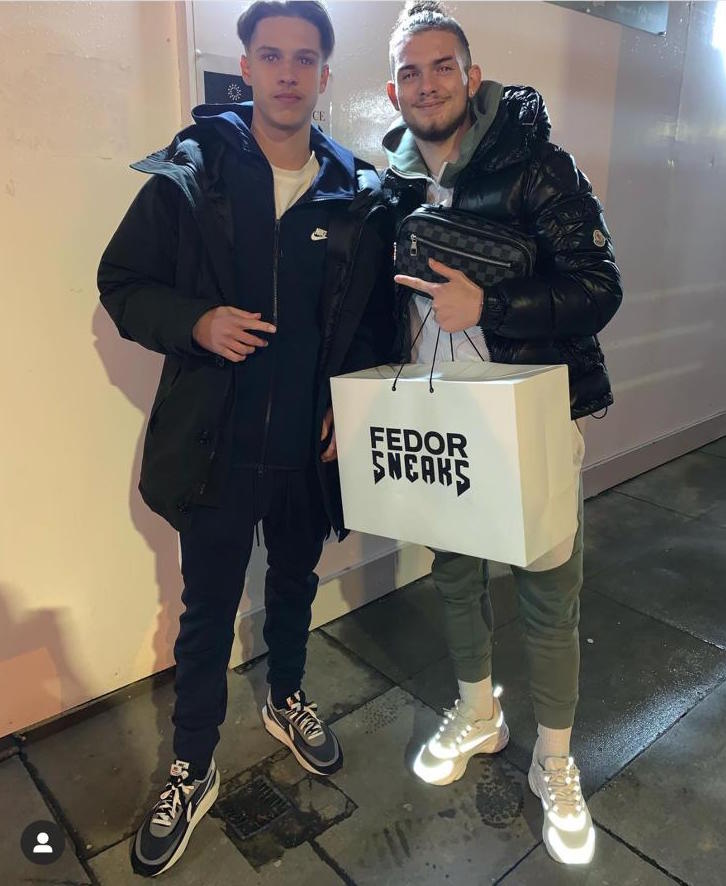 The former Crystal Palace defender even made sure he got an order in – hours before securing a move away from the London club.

Fedor revealed: “Before he moved to United, Aaron wanted some clothes. He said to me, ‘Look, I’m in London. It’s my last day here. What do you have?’

“I literally sent him everything I had, and that night I met him and he bought some things.”

Because footballers don’t just buy one tracksuit or one pair of trainers, Fedor can make a hefty sum from one sale.

“With footballers, most of them prefer that I bring a lot of stuff for them to look at. From a picture on my Instagram or website, you can’t really tell for sizing.

“So they will tell me their shoe size, waist size and ask me to bring everything I have.

“The first time you meet a footballer, you talk for a bit. Over time you build up a connection and relationship. 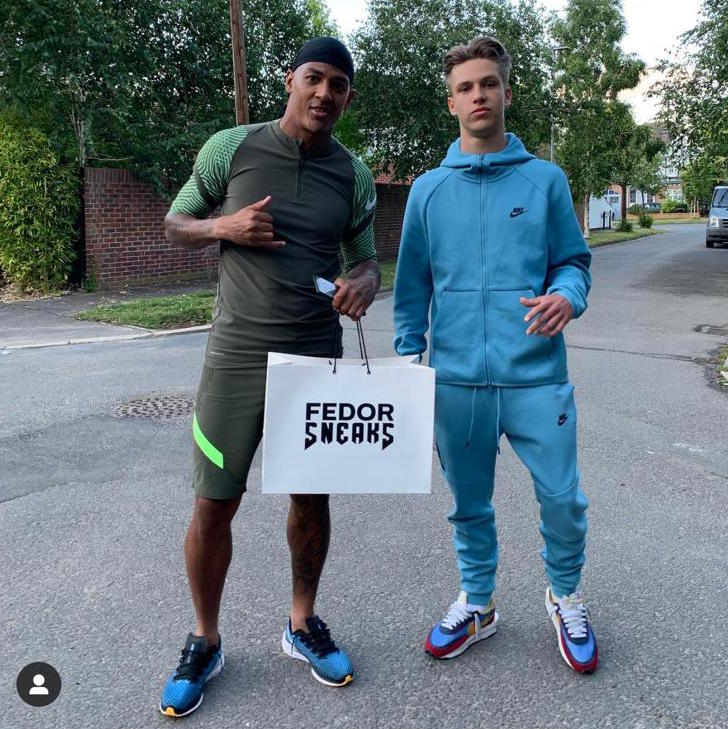 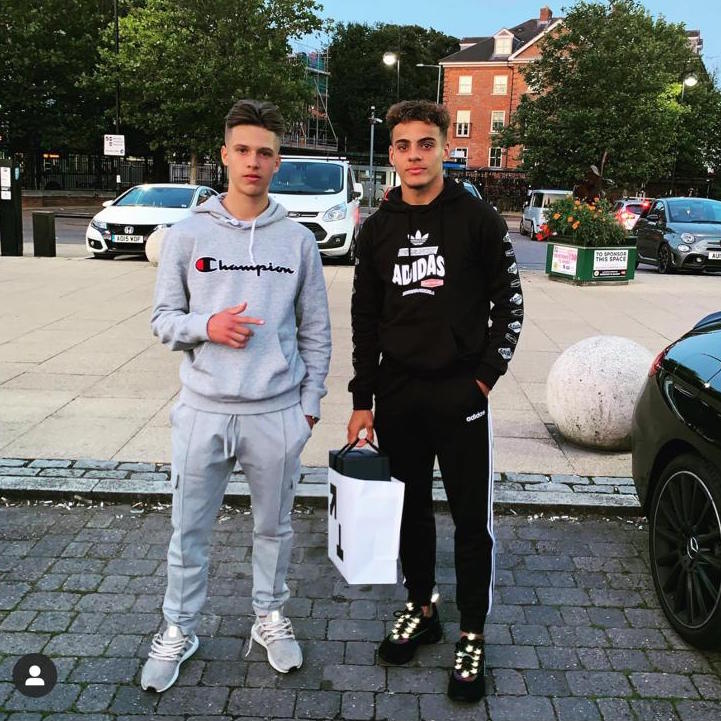 Max Aarons of Norwich is one of Fedor’s regular customersCredit: www.fedor-sneaks.com 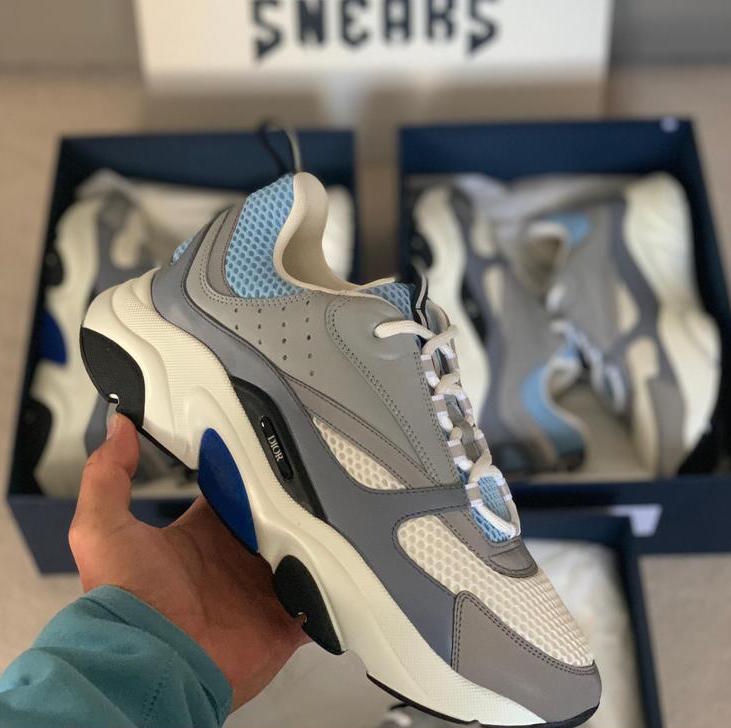 Dior B22s are the most popular trainers among football’s elite costing £1050Credit: www.fedor-sneaks.com

“It’s not really just a service, you’re there and you speak with them. You’re not a friend, but they’re telling you about their life and I’m telling them about mine. It’s interesting and inspiring for me.

“They’re people who have come from nothing, and have gone a long way.”

Fedor revealed the most popular trainer footballers are stocking up their wardrobes with.

“But now I think footballers are starting to feel, after buying three or four pairs, that they want something different.

“I think now the hype around trainers is the Nike Dunks and Jordans, especially.

“I know Michael Obafemi of Southampton has an amazing collection Dunks and Jordans.”

With his virtual store shown off on Instagram and sold on his website, Fedor’s next stop is his own shop.

“This year I want to do a pop-up shop in London and Manchester,” Fedor said. 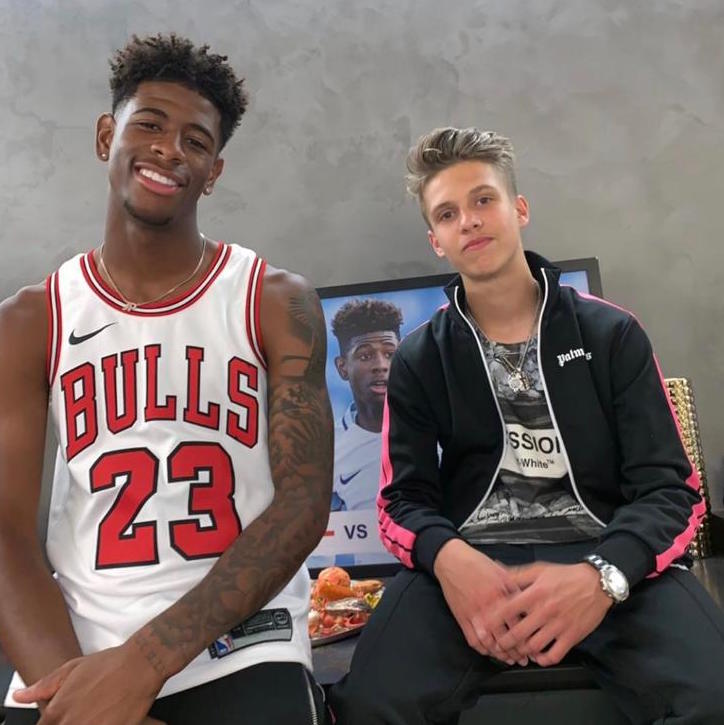 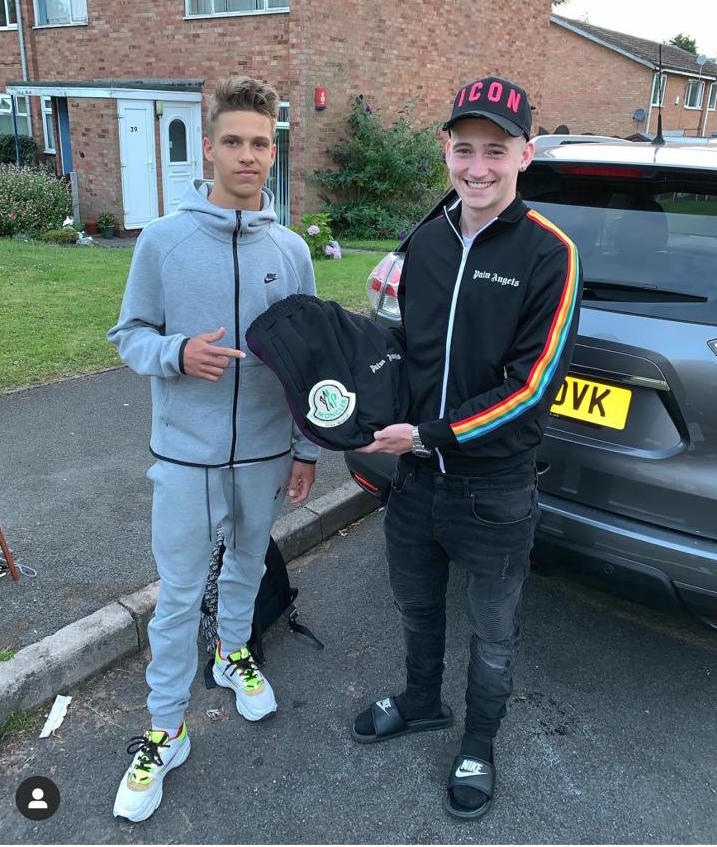 “Then I want to look to take it to Europe where I have a few clients, like Jonathan Panzo at Monaco.

“And perhaps after that, we’ll go to the US and China, where there’s a big trainer market.