SWISS top dogs FC Zurich fear a stadium-ban after their president’s pet pooch invaded the pitch during a game.

The Swiss FA are investigating after the third-placed top-flight side Setter bad example – as dogs are not allowed into grounds.

Chilla stays calm despite the headache she caused for FC Zurich and her owner, club president Ancillo Canepa, in the top-flight game with SionCredit: BlickTV 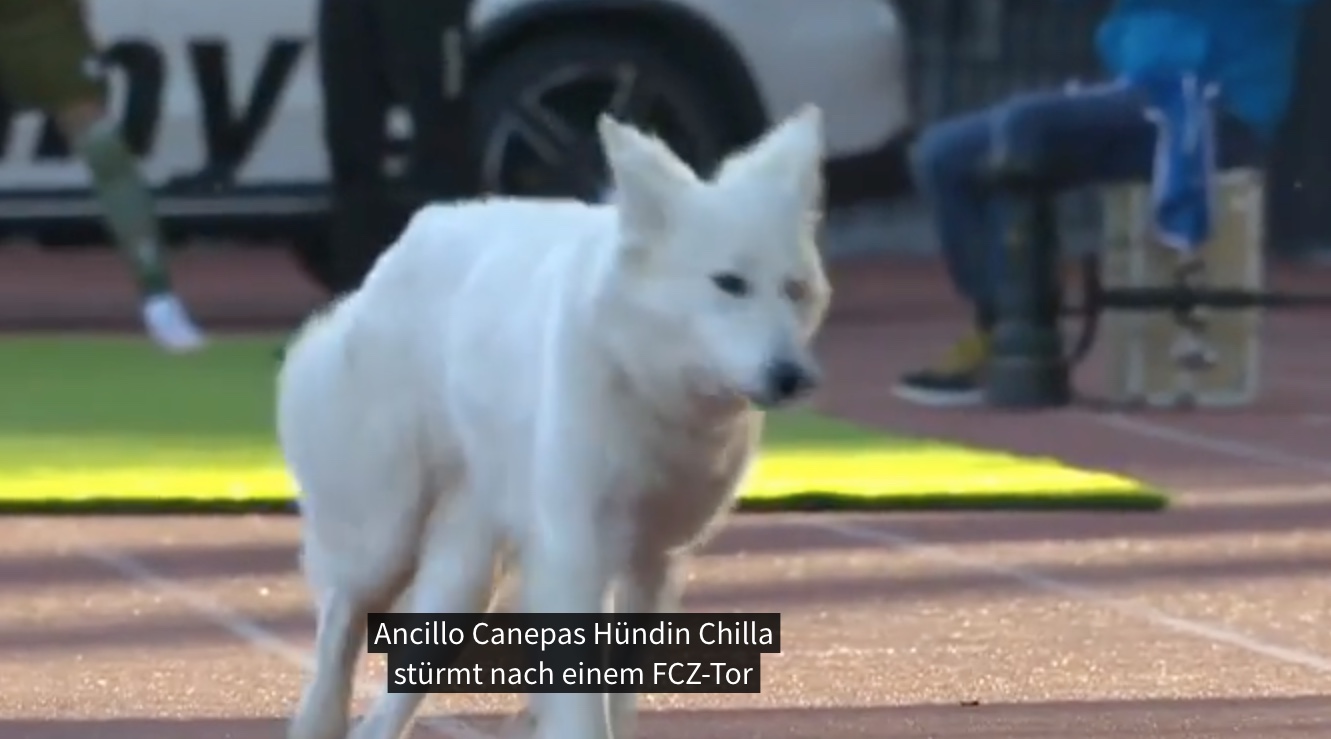 Chilla’s pitch ‘invasion’ could lead to a fine or stadium ban for FC ZurichCredit: BlickTV 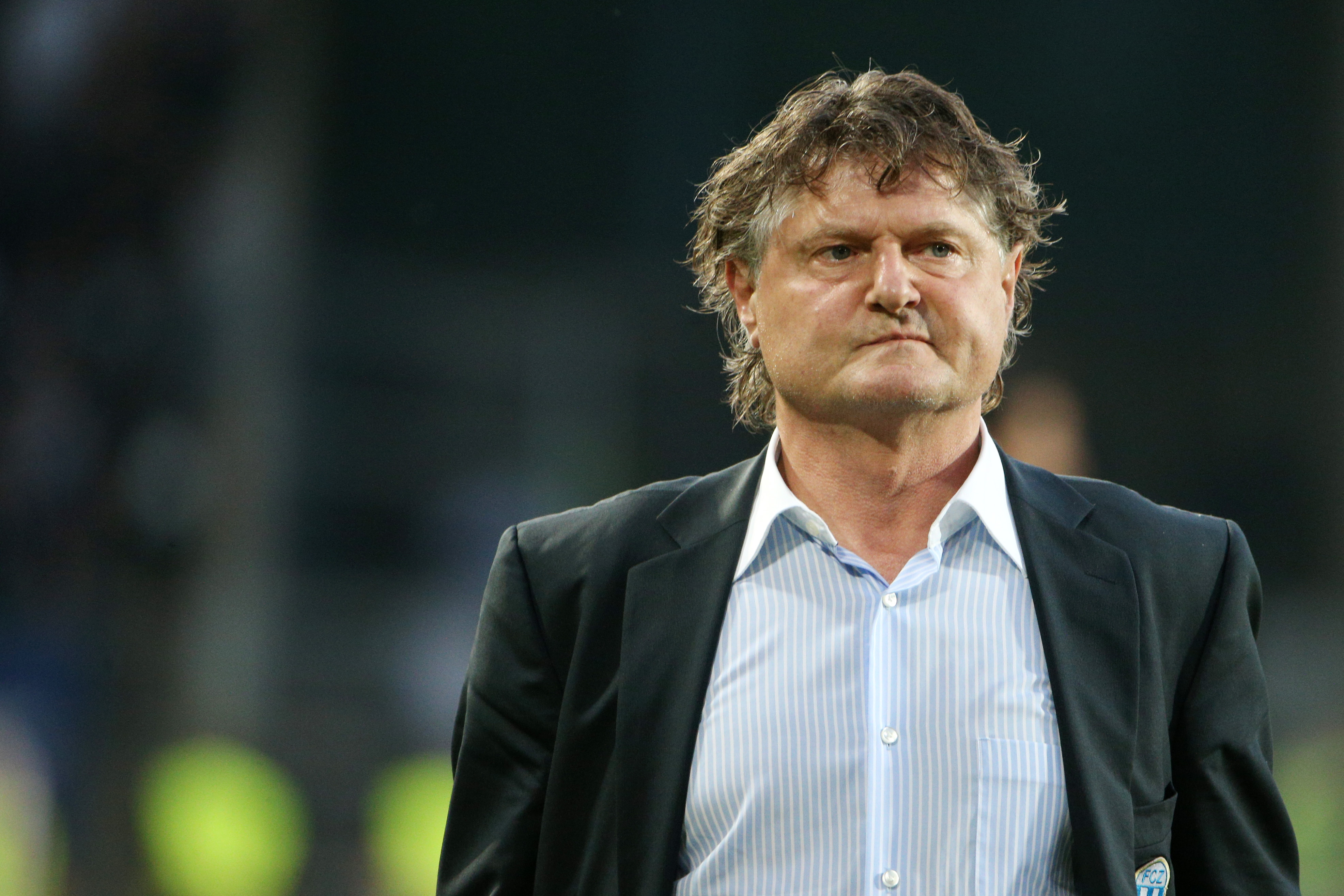 Chilla escaped onto the pitch shortly after Zurich’s 39th-minute equaliser.

The white-coated one-year-old cavorted around, forcing the referee to stop play, before an embarrassed Canepa had to race on and lead her away. 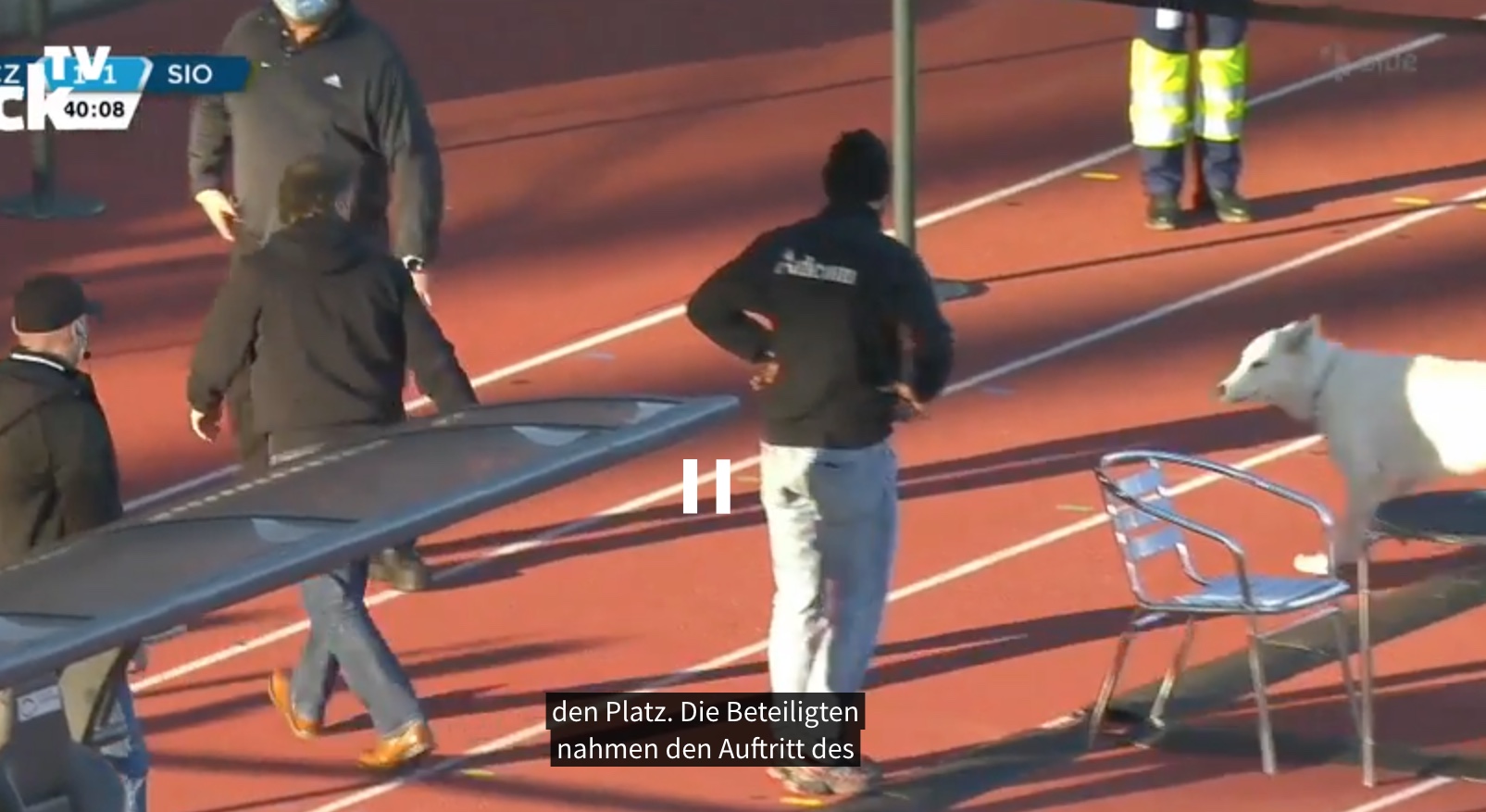 Dogs are not allowed in stadiums in the central European country.

Canepa said: “We could get a fine, as we did not follow the security rules.

“I fear we could get a stadium ban for three or four games.

“I don’t know how I will be able to explain myself.  It is very frustrating.

“It was virtually impossible for Chilla to have got onto the field.  She’d have had to go through lots of doors – or maybe she took the lift.

“She loves football, and she’ll always chase after a ball – she’s even been known to tear them to pieces.”

Chilla has become the latest in a series of non-human pitch invaders to hit the headlines.

Oadby Town’s Christmas clash with Leicester Nirvana in the United Counties League was abandoned late on for safety reasons after a “large Alsatian” ran amok.

Cats, dogs, squirrels, chickens, owls and even pine martens have previously taken to the field midway through fixtures.