DOMINIC CALVERT-LEWIN grabbed his first England double as the Three Lions ran out 5-0 winners against minnows San Marino at Wembley.

But the Everton striker also gathered attention online with his bizarre shin pads. 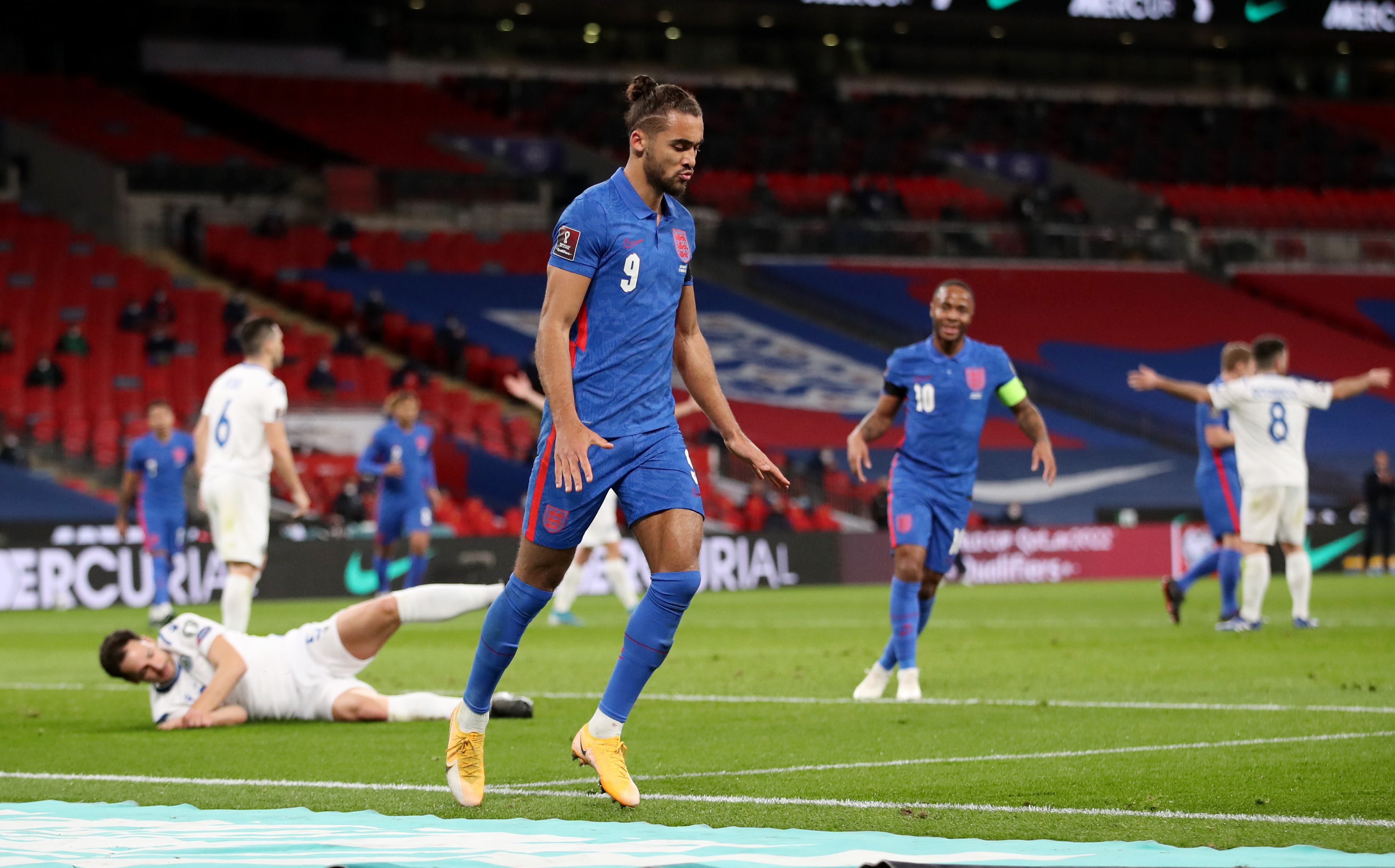 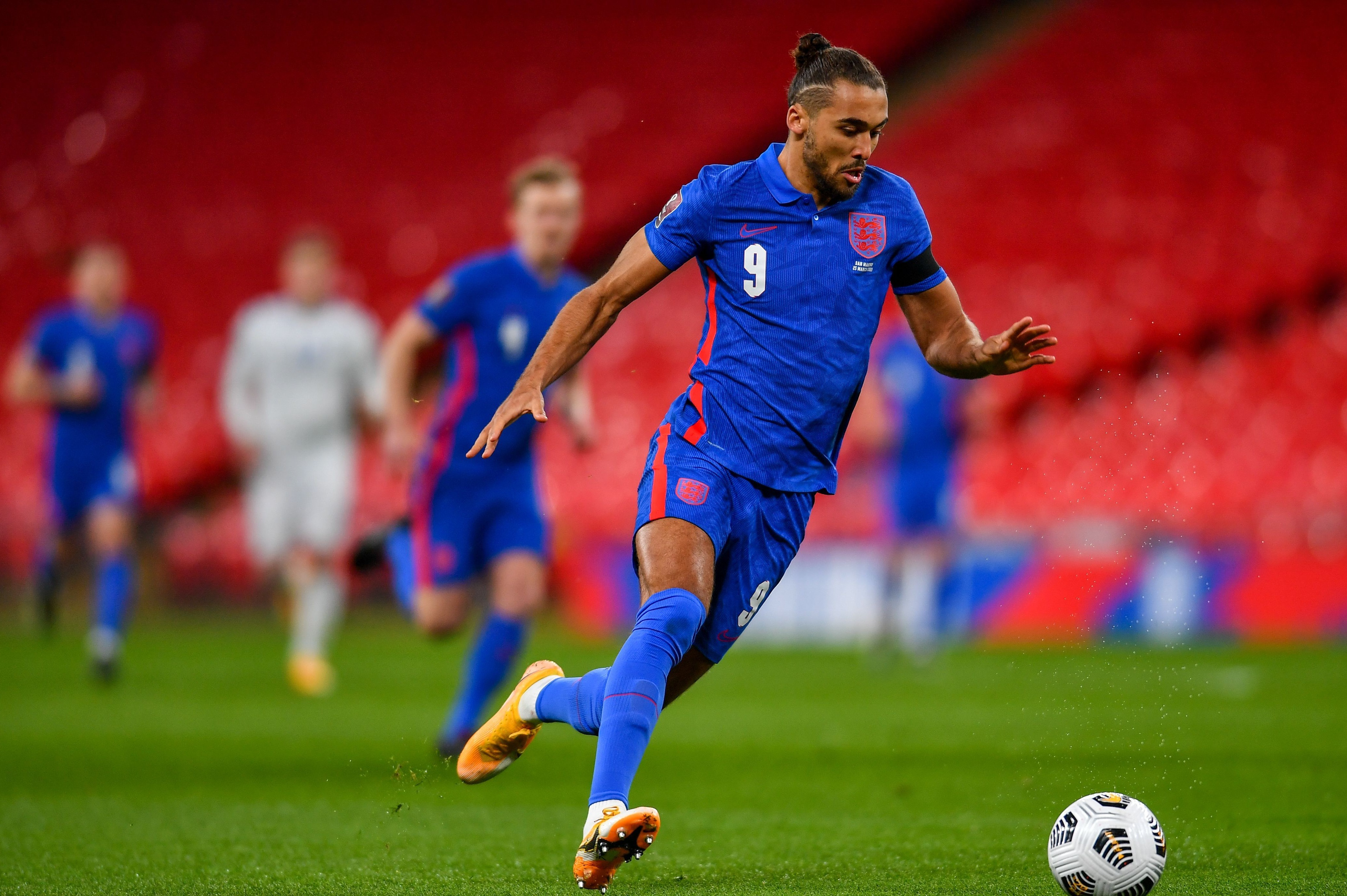 While all footballers are obliged to wear shin guards, some stretch the rules to the very limit.

But Calvert-Lewin has taken it to a new level.

Undeterred by the prospect of facing tackles from semi-pro cloggers, DCL turned out for England with two tiny specs covering his shins.

And it didn’t go unnoticed by fans.

One joked: “It is in the rule book that players must wear shinpads in professional games, but Dominic Calvert-Lewin has stuffed a pair of Nokia 3210’s down his socks and that ladies and gentlemen is why he will never be injured.”

While another wrote: “Calvert-Lewin ain’t wearing shinpads, that’s 20 B&H blue in each sock.” 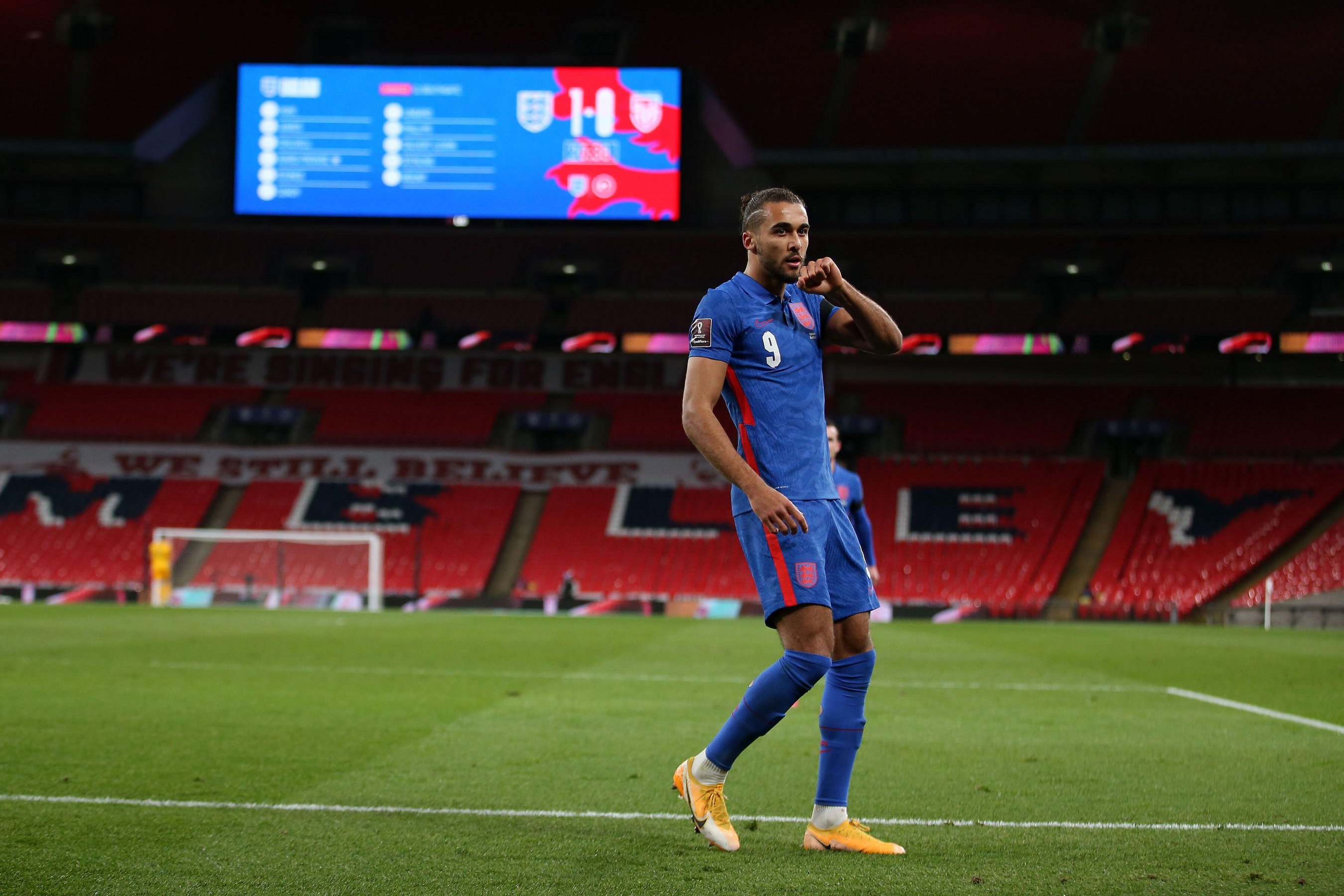 The Everton striker scored twice against the European minnowsCredit: Alamy 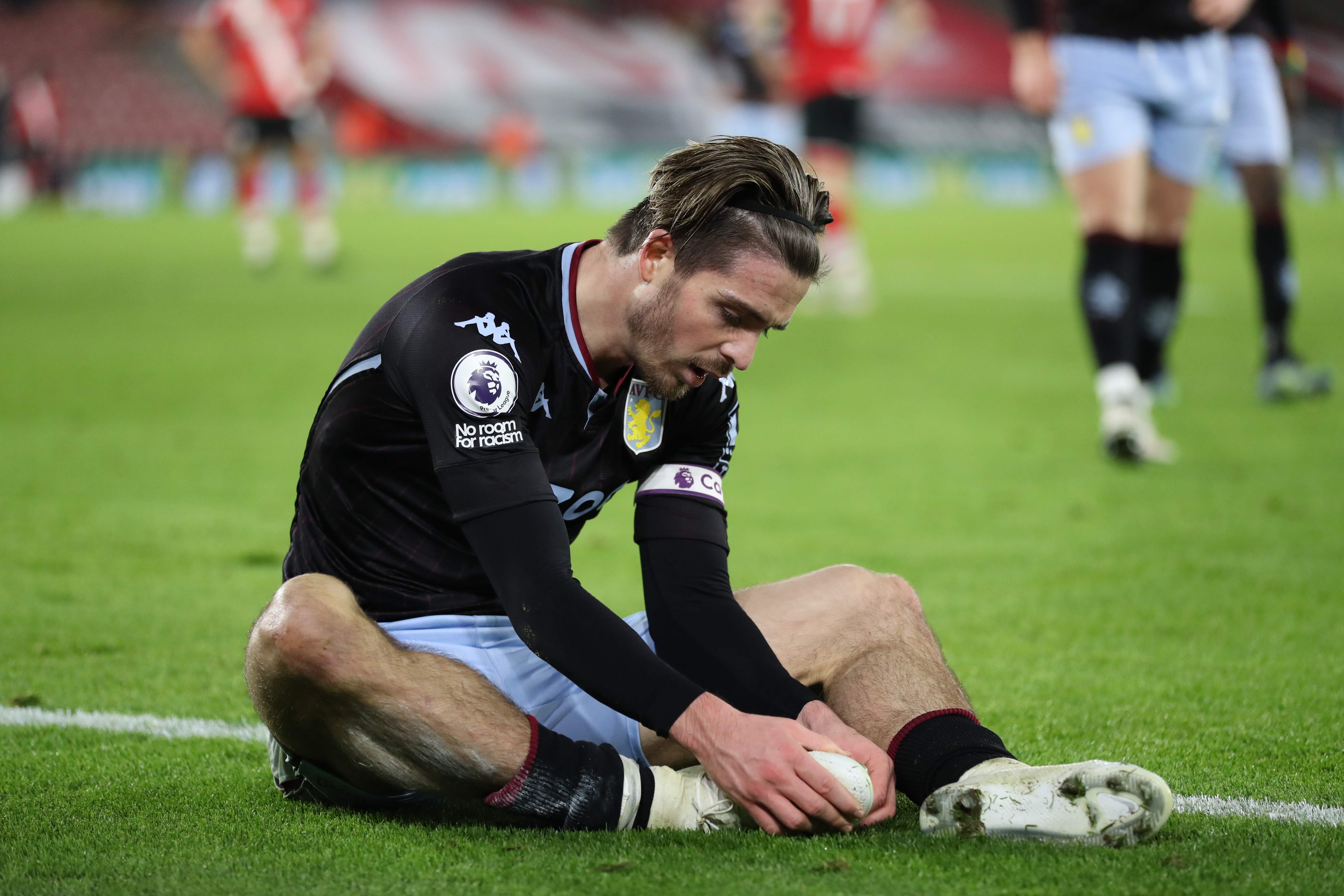 And a fourth jibed: “Calvert-Lewin wears custard creams for shin pads, pass it on.”

The Toffees star actually has form for this, after eagle-eyed fans spotted him wearing tiny shin pads against Burnley in December.

A fan at the time quipped: “Calvert Lewin has calculators for shin pads.”

Whatever he’s doing this season appears to be working, however, having catapulted himself into the England lineup.

Calvert-Lewin has scored 14 goals in 25 Premier League appearances for Carlo Ancelotti’s side.

And he has bagged four goals in his first six England caps, having made his debut against Wales in October. 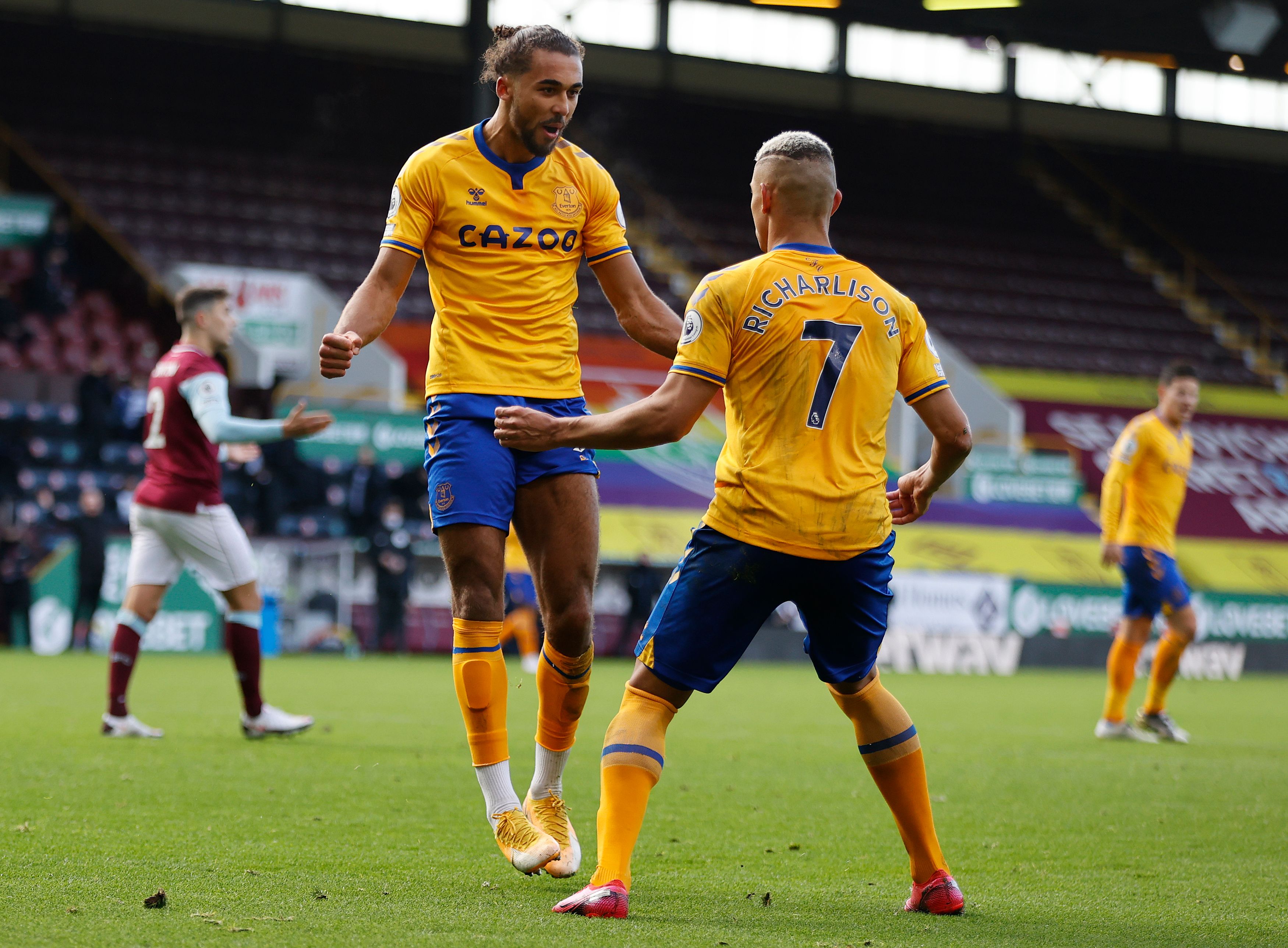 Transform your mind, body and soul with these 10 top tips for health and wellbeing