ROY KEANE and Gary Neville’s “box office” bust-up was more entertaining than the action on the pitch at Stamford Bridge.

And Jimmy Floyd Hasselbaink bravely sided with the former right-back against the fiery Irishman.

Roy Keane, Jimmy Floyd Hasselbaink and Gary Nevile got into a heated debate 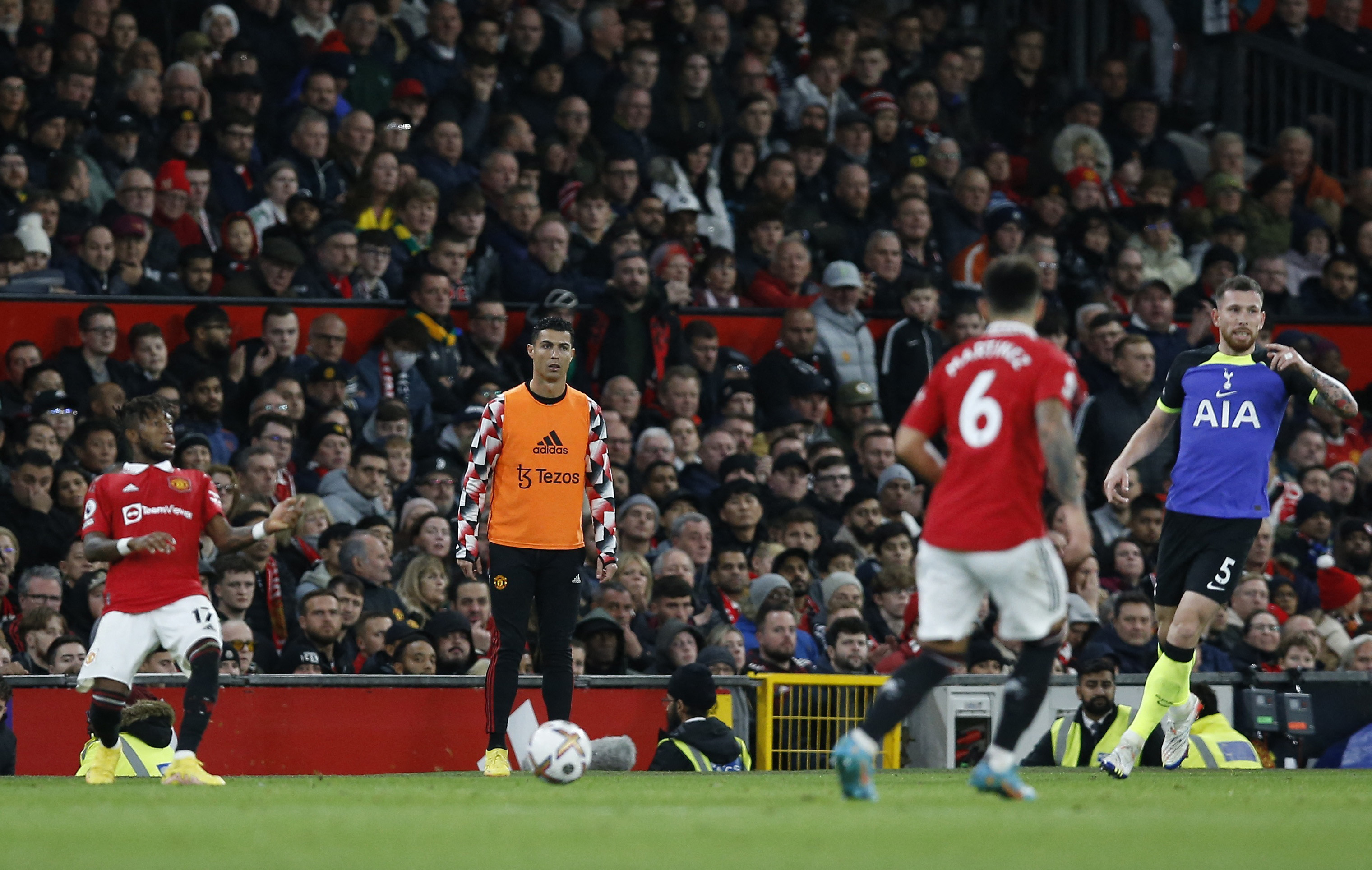 Cristiano Ronaldo was punished for walking off before full-time on WednesdayCredit: Reuters

Keane and Neville clashed over their response to Cristiano Ronaldo’s behaviour and future at Manchester United.

The Portuguese forward, 37, refused to be subbed on against Tottenham on Wednesday then left the stadium before the full-time whistle.

He was slapped with a ban by Erik ten Hag – forcing him to sit out of today’s 1-1 draw with Chelsea – and fined £720,000 with SunSport revealing his may well have played his last game for the Red Devils after burning bridges with any remaining allies at the club.

But Keane was surprisingly lenient to Ronaldo in his assessment of the situation while Neville and Hasselbaink piled in. 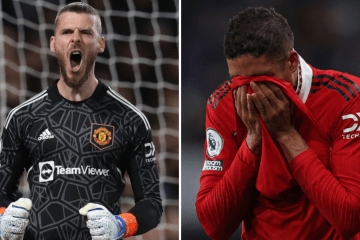 The lengthy and heated debate had Sky Sports host Kelly Cates sat back as the three ex-pros tried to air their views but mainly ended up shouting over each other.

At one point, Keane tried to make a point before Hasselbaink interrupted him.

The ex-United captain said sterly: “Let me finish,” prompting an apology from the Dutchman.

Keane backed Ronaldo and credited his attitude for keep wanting to be the best even at 37 – and added other players “have done worse things”.

But Neville responded by telling his former employers to cut ties with the five-time Ballon d’Or winner as soon as possible.

He said: “End it this week or create a truce to get to the World Cup and then end it. Because this has to end.

“There aren’t many Manchester United fans who would now have Ronaldo in their starting eleven.

“Manchester United are a better team without him.”

“For me, Erik ten Hag had no other option. That’s the second time Ronaldo has left Old Trafford before his team-mates have got into the changing room. That is unacceptable.

“Ronaldo can’t accept not being the star man in Manchester United’s team so he’s going to have to leave – that’s it.”

Cates even tried to cut in to end the debate – only for Neville to tell the camera crew to “let us finish, forget the promos”.

And fans on Twitter were loving the “Oscar-worthy” drama – which came after Casemiro’s 94th-minute header to rescue a point for Ten Hag’s side.

One said: “This on Sky Sports with Keane, Neville and Hasselbaink is box office.”

Another wrote: “Love Keane’s ‘let me finish’ after he and Neville shouted over Hasselbaink for the previous 20 mins. Some of Roy’s finest work tonight.”

A third added: “Oh this is wonderful television with Keane, Hasselbaink and Neville. Please @SkySportsPL, cancel your schedule and just keep it going! Well played @KellyCates for letting it play out too!”

And a final user commented: “Roy Keane and Gary Neville TV gold shouting at each other on Sky.”

🗣️ “Manchester United are a better team without him” 😶

Rumour has it the Cristiano Ronaldo debate on Saturday Night Football is STILL going on… 👀🗣️ pic.twitter.com/Ay00tjoXvX