John McGinn‘s 70th-minute opener and a double from sub Lyndon Dykes put the Scots top of their Nations League group with a dazzling 3-0 win at Hampden Park.

“He absolutely wipes Che Adams out there!” 🗣️

Great strength and skill from Che Adams to get away before he’s taken down by Bondar. Should it have been more than a yellow? 💥#SCOUKR pic.twitter.com/Cl0dDWQRKj

Ukraine defender Valeriy Bondar brutally floored Che Adams as the Scotland striker ran through but was only bookedCredit: Reuters 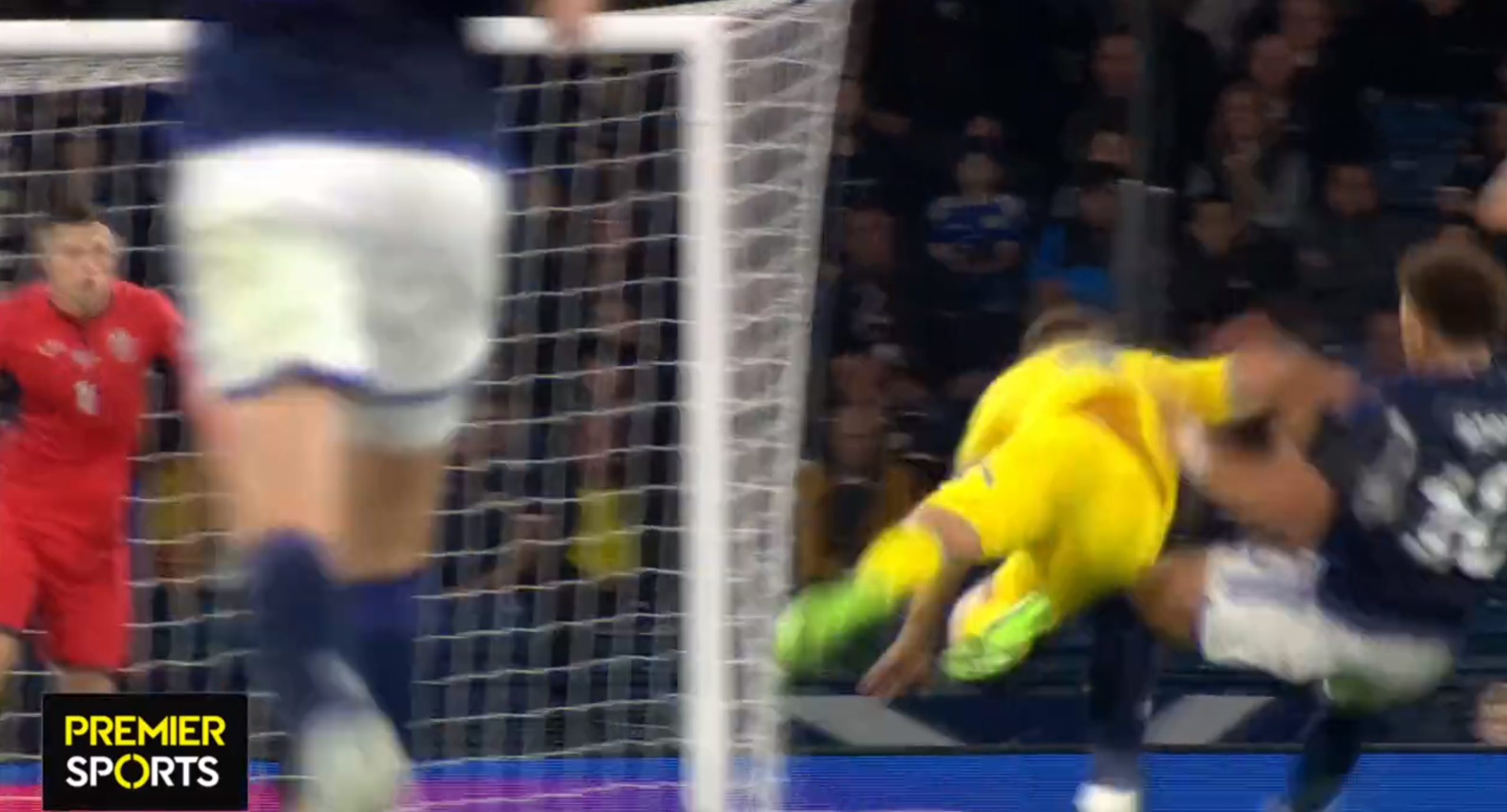 But social media blitzed into Bondar in the same way the Scots turned up the pressure late on.

The Shakhtar Donetsk star was only booked for “rugby tackling” Adams.

The Southampton frontman had snaked past the Ukraine midfield and was speeding towards the area when Bondar stood his ground and shoulder-charged Adams’ shoulder.

Adams was flattened and on his side as Premier Sports pundit Michael Stewart called for Bondar to be dismissed for “wiping out” the Leicester-born ace. 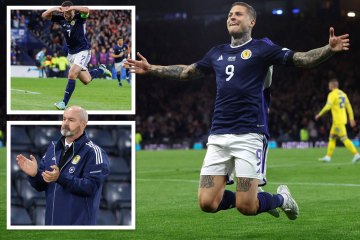 ‘Of course he’ll be thinking there’s defenders there who are helping out to produce just a yellow card.

“But you watch Bondar here. He absolutely wipes him out.”

And other suggested Adams was fortunate not to have been seriously injured.

This tweet summed up that opinion: “It’s a terrible cynical challenge to make. They are ones that can really really hurt the opponent.”

Another argued: “What’s the point in VAR if we don’t use it that is a red card all day long.”

And many comments hit harder than Bondar did, with claims like: ”This isn’t red because he’s the last man. It’s red because it’s assault!” 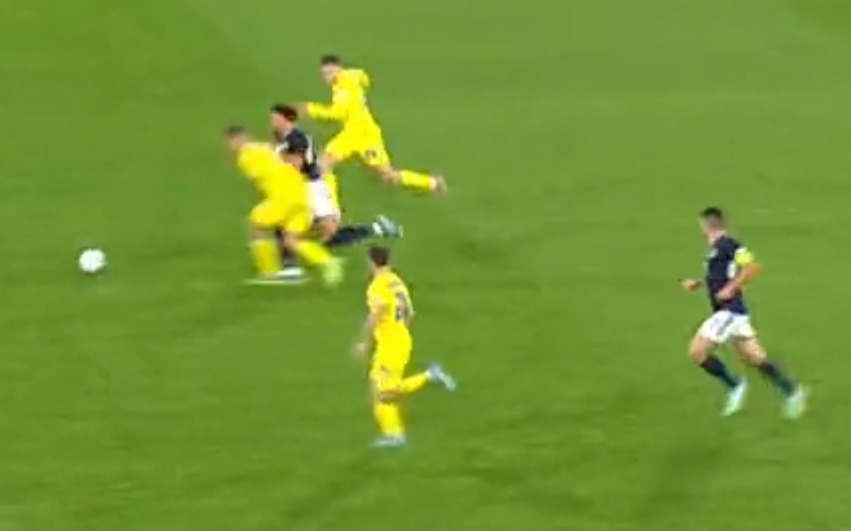