Wembley director of professional game relations Andy Ambler is urging clubs to adopt the idea amid concern that abuse handed out to officials both on and off the pitch could impact the next generation of whistlers coming through the grass roots game. 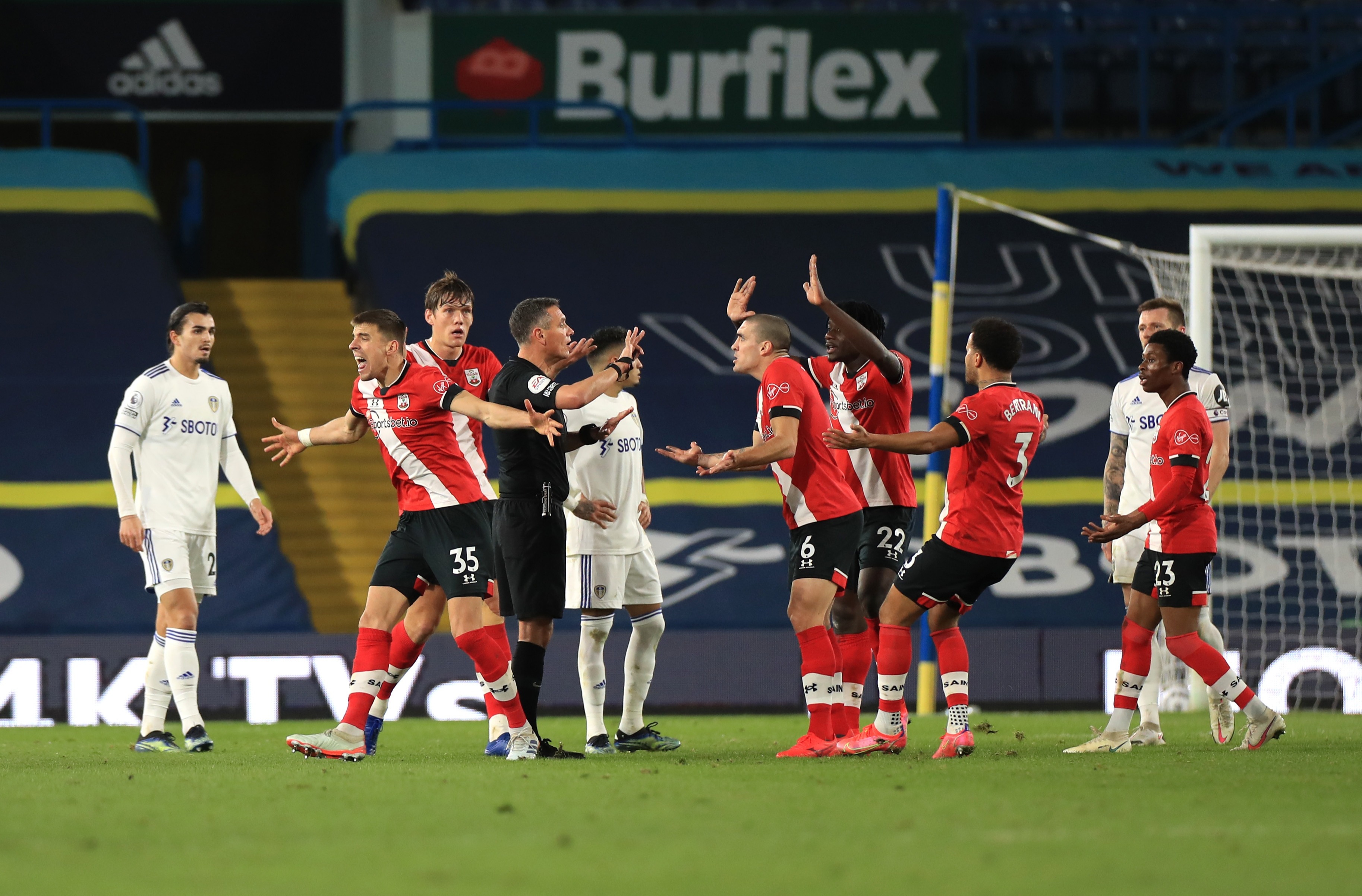 Abuse of referees is a major issue in Premier League footballCredit: Getty – Pool

Ambler said: “If every 16 or 17 year old at an academy was made to go through a refereeing course it would help them have empathy and understanding of the Laws of the game.

“I would go further, and make them referee games to see what it is like and to make refereeing courses for young players mandatory.

“It would be a step forward and it is something that I’d like to discuss with the Premier League and the clubs over how we could do it.”

English football is set to be run by an absolute outsider.

The search for a successor to disgraced chairman Greg Clarke is now reaching end-game with a shortlist of three expected to be confirmed by next week.

Wembley bosses are hopeful of unveiling the next chair by early next month.

It is understood that the key criteria are a business and management background rather than an inside knowledge of football.

Clarke’s crash and burn at a Commons question and answer session with MPs, in which he managed to offend minority ethnic groups, gay players and fans and women in the space of less than an hour, forced him to fall on his sword.

That makes it likely that the shortlist will include at least one woman and BAME representative.

The breakfast time start to the third Test in Ahmedabad meant it was all day for the Knights in the Channel Four studio with both Sir Alastair Cook and Sir Andrew Strauss on duty.

But the return to TV of another former England skipper, David Gower, was noticed by fans switching on coverage of the Pakistan Super League.

Gower, axed by Sky in 2019, has been signed up to commentate – alongside Dominic Cork – for the opening Karachi leg of the tournament, which runs to March 7.

With Sky buying up the PSL rights – with significant contributions already for Islamabad United’s Alex Hales and Lewis Gregory – it has meant a brief return to the network for Gower.

Team GB athletes for Tokyo have been told the Games will go ahead by BOA bosses.

The upbeat assessment, drawing on the latest information from Japan and the IOC, will have eased worries raised by Covid issues in the host country.

It seems likely, though, that foreign fans will be blocked from entering Japan, with limited crowds made up of home-based supporters.

Potential embarrassment for the FA of Wales next week – as they have parted company with the planned host of football’s crunch law-making meeting.

Jonathan Ford, chief executive at their Cardiff headquarters, was confirmed as the chairman of Ifab’s virtual annual general meeting on Monday, hours before he was placed on gardening leave.

The meeting, with the four Home Nations each having one vote and Fifa four, will confirm a less severe interpretation of the handball Laws for next season and discuss Arsene Wenger’s planned “daylight” change to offside.

But Ford’s enforced departure leaves the FAW scrambling to find a replacement to run the meeting and subsequent global media conference.

The English Institute of Sport has reopened applications to chair the Sheffield-based organisation – after realising it is no longer a one day a week job.

But the job has now been readvertised at double the previous rate, with a part-time package now worth £30,000 per year in recognition of the increased workload.

French rugby bosses may have escaped the nightmare of being forced to call off their Six Nations game with Scotland after a Covid outbreak.

But they will be reflecting ruefully on the stupidity of letting their players celebrate so wildly in the dressing room after the win in Dublin in the last round.

The manic frenzy, posted on the FFR’s official Twitter feed, was still up yesterday, despite being the clearest possible breach of social distancing and Covid protocols.

No shock, perhaps, that coach Fabien Galthie, 10 players and two members of his backroom staff all tested positive. Time to learn the lesson.