ROY CARROLL has signed for Irish League side Dungannon Swifts – at the age of 43.

The former Manchester United goalkeeper has joined his 13th side more than 25 years after making his league debut. 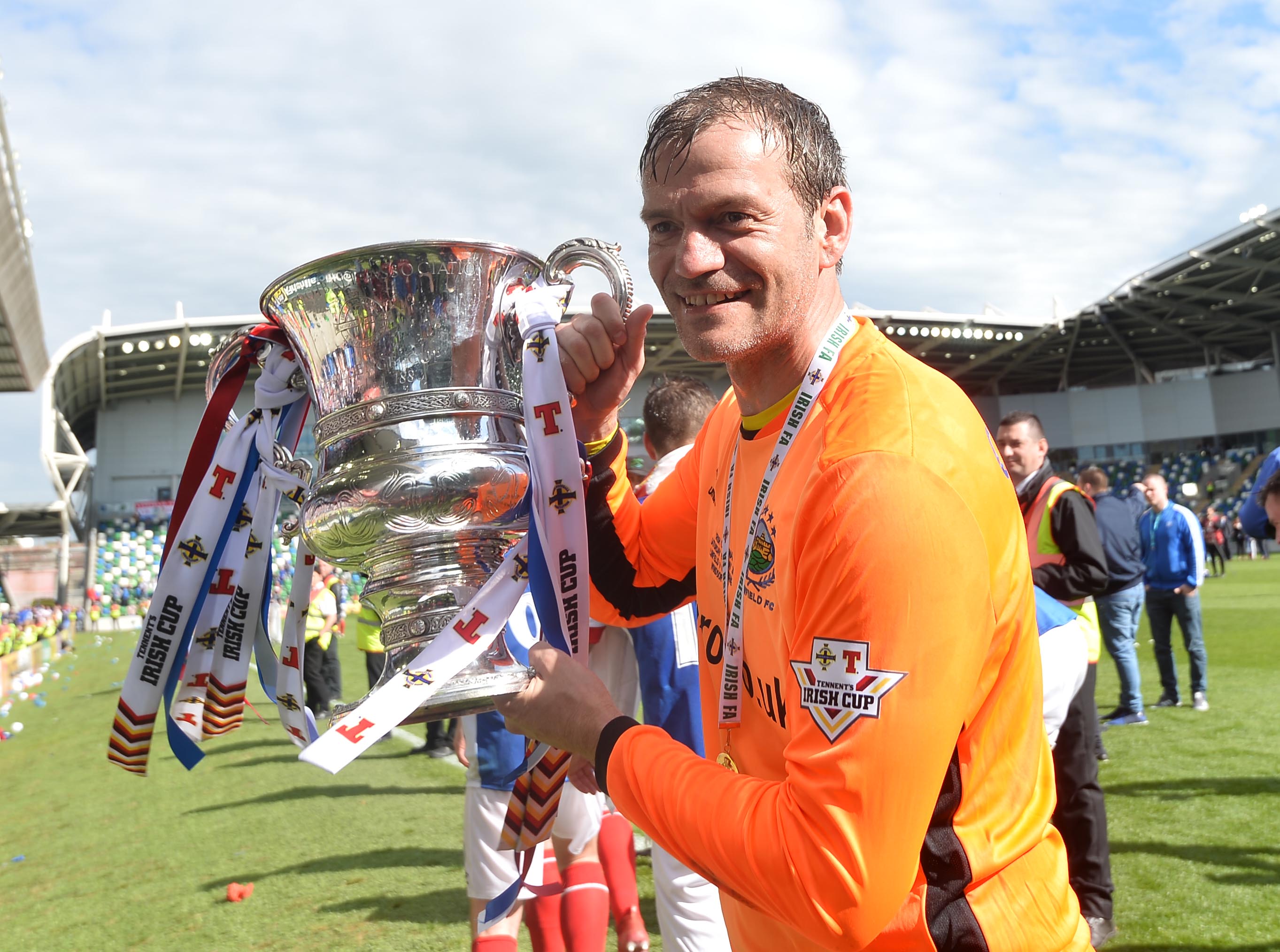 Carroll, 43, has won 11 trophies during his 25-year careerCredit: Pacemaker Press

Carroll has been without a professional club for 18 months, most recently playing for amateur side FC Mindwell in Northern Ireland.

He told Dungannon’s website: “I’m coming back to play in the Irish League and no matter what team you sign for, it’s just great to get back out and play football.

“A real pull for me to Dungannon is that the club has two young keepers and I feel it would be good for me to come in and help them as much as I can.”

Carroll has made almost 700 professional appearances during his career.

He joined United in 2001 after starring for Football League sides Hull City and Wigan Athletic.

The goalie failed to hold down a place during his four years at Old Trafford but did win the Premier League and FA Cup.

During a match against Tottenham in 2005, he famously dropped a long-range shot from Pedro Mendes over the line – only for the referee not to give the goal.

The Northern Ireland international moved to West Ham in 2005 but struggled with injuries and left for Scottish giants Rangers in 2007.

He also had spells with OB in Denmark, OFI Crete in Greece and Notts County.

He was Barnet’s caretaker manager in 2011, winning the Herts Senior Cup in his only game in charge.