However, the Croatian hardman came unstuck against his experienced opponent as their friendly spar ended in Lovren tapping out. 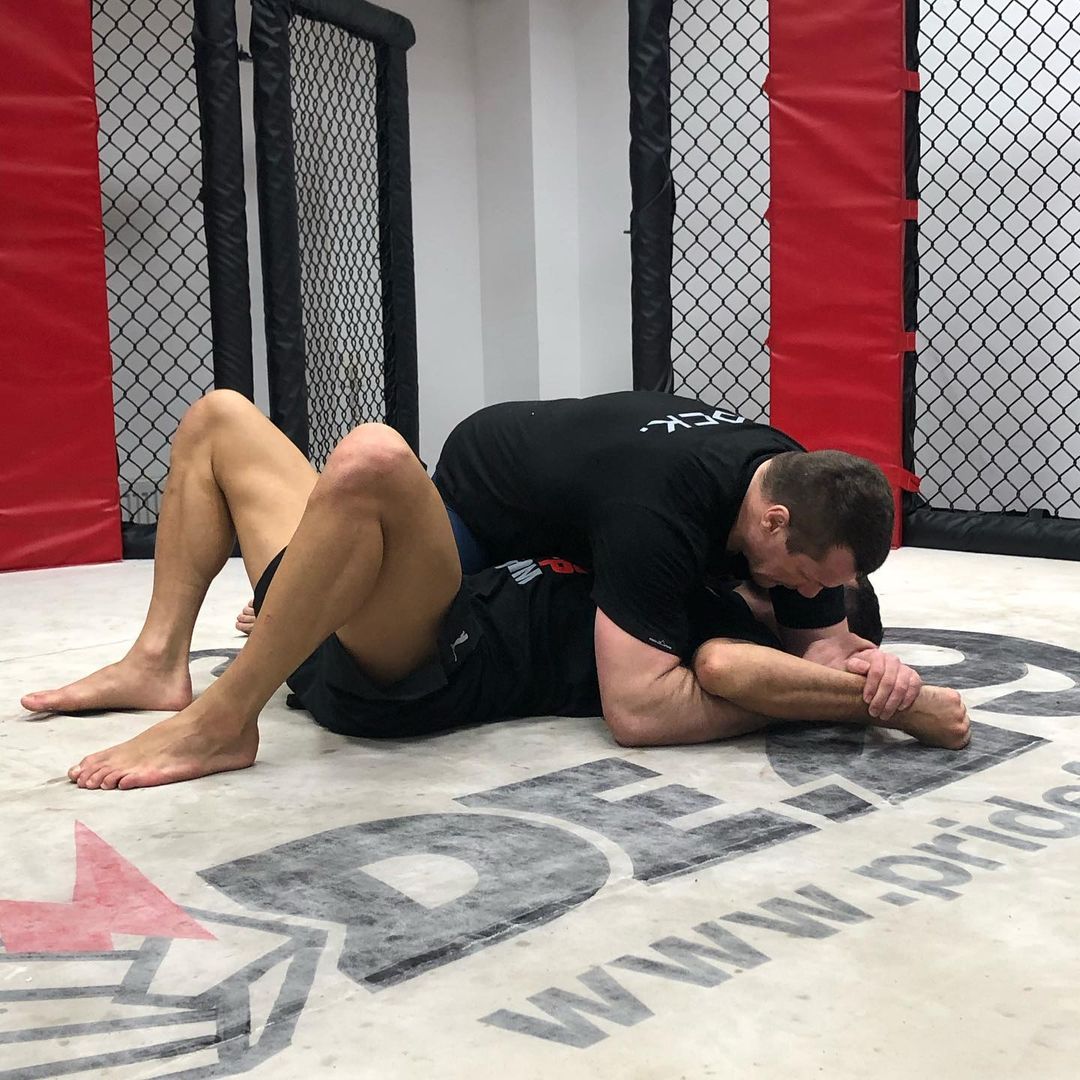 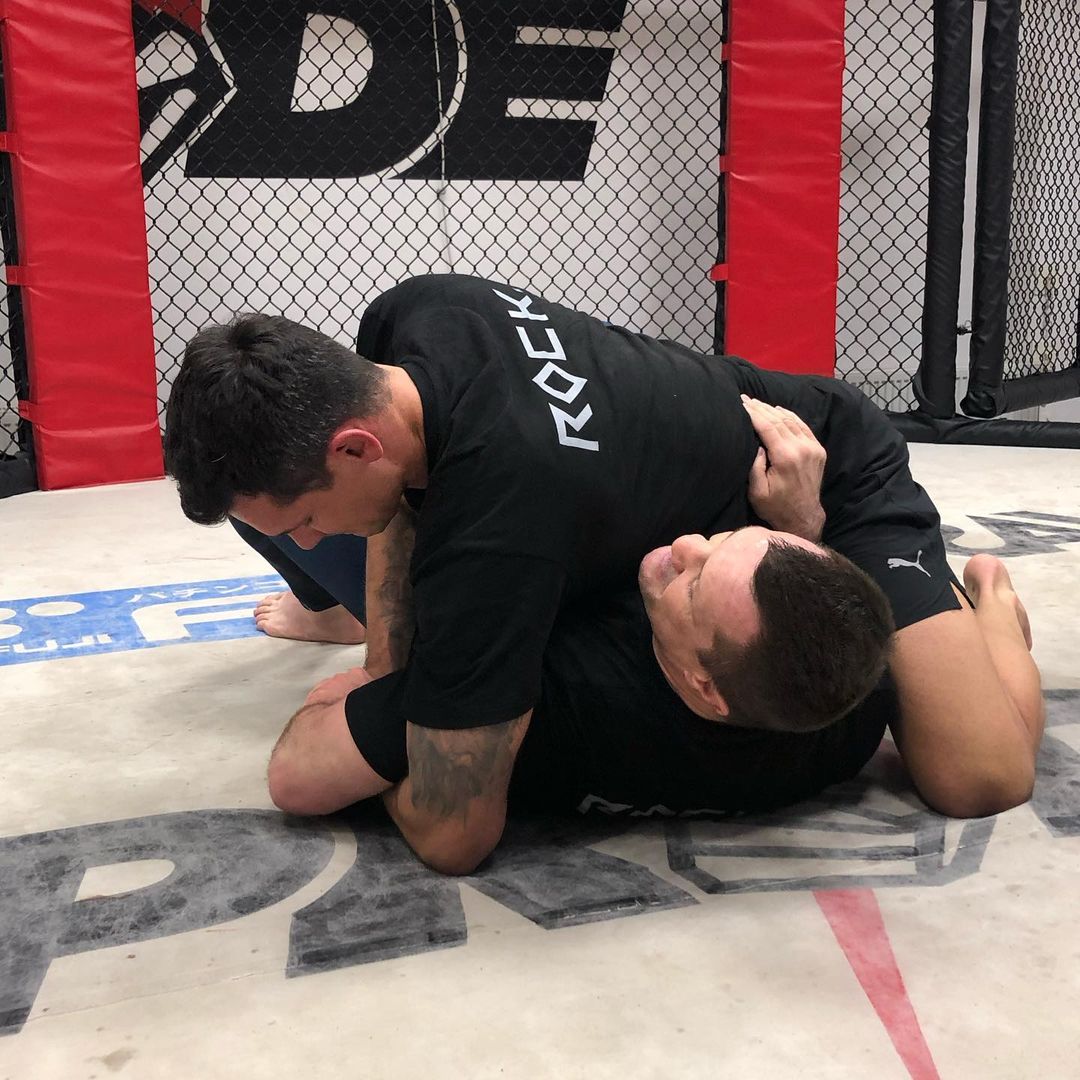 Lovren battled it out in the octagon with his compatriot 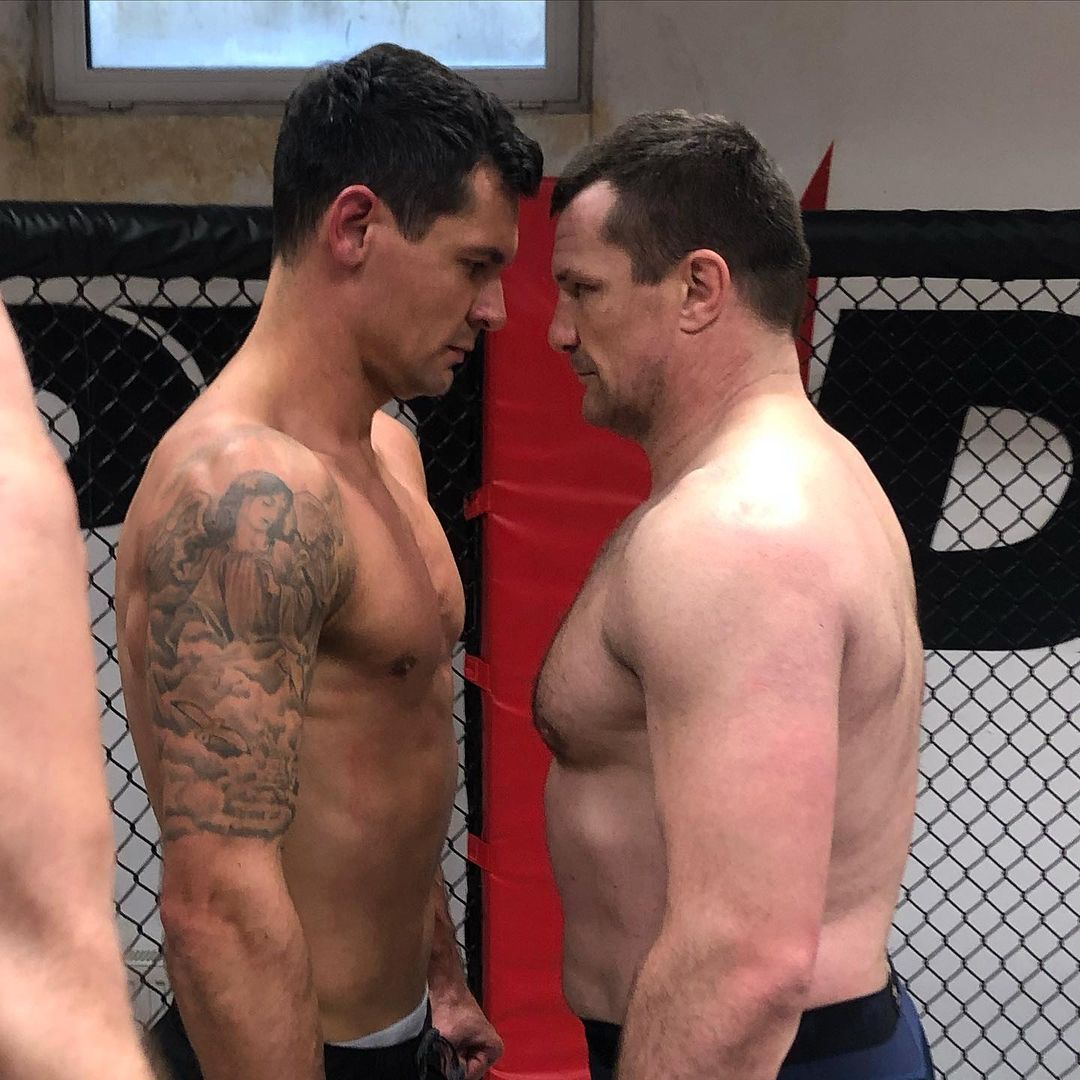 The hard men went head to head in the cage

The entertaining match-up ended with a brutal arm bar forcing the 31-year-old footballer to quit.

Lovren shared footage of his venture into the octagon on Instagram.

He wrote: “Had this morning a short training session against @crocop1009.

“What a beast this man still is. Was a big pleasure Mirko. Thank you.”

The brawler, 46, called it a day after a health scare following a stroke.

A legend of combat sports, Cro Cop is a former anti-terrorist special forces policeman – where he got his nickname (Croatian Cop) – who competed in amateur boxing and kickboxing as well as MMA.

After winning 48 of 56 amateur boxing, he became a pro in kickboxing and MMA. 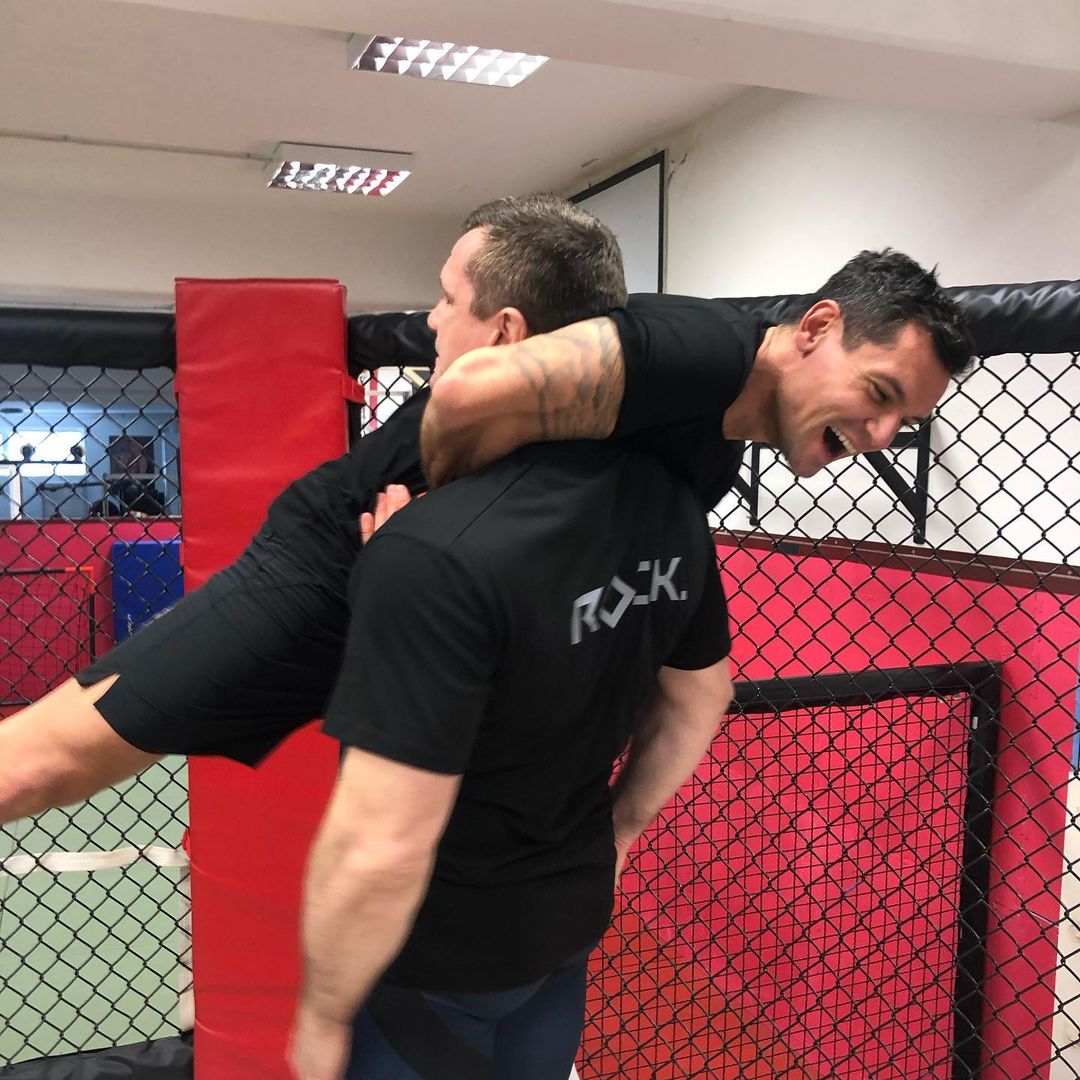 Lovren mucked around with the former UFC pro

In MMA, he won 38 of 52 fights, competing in the UFC, Pride, Bellator and Rizin promotions – winning titles in both Pride and Rizin – and ending his career with ten consecutive wins.

In kickboxing, he won 26 of 34 fights and secured the vaunted K-1 Grand Prix World Championship in 2012, as well as twice finishing second.

Lovren joined Zenit St Petersburg last year for £12million but engaged in some unusual fitness work without a fixture this week.

The defender is preparing for Croatia’s upcoming World Cup Qualifiers against Slovenia, Cyprus and Malta.

To his credit, Lovren – who would probably line-up as a middleweight if he gave MMA a go – managed 50 seconds in the grapple with a seasoned pro.

Billy Gilmour should be in Scotland squad, says Chelsea boss Thomas Tuchel despite lack of playing time for Blues