IT often takes players time to settle at their new clubs – especially overseas.

But luckily for Bayern Munich, the two wonderkids they signed from Chelsea in 2019 as 16-year-old’s have hit the ground running. 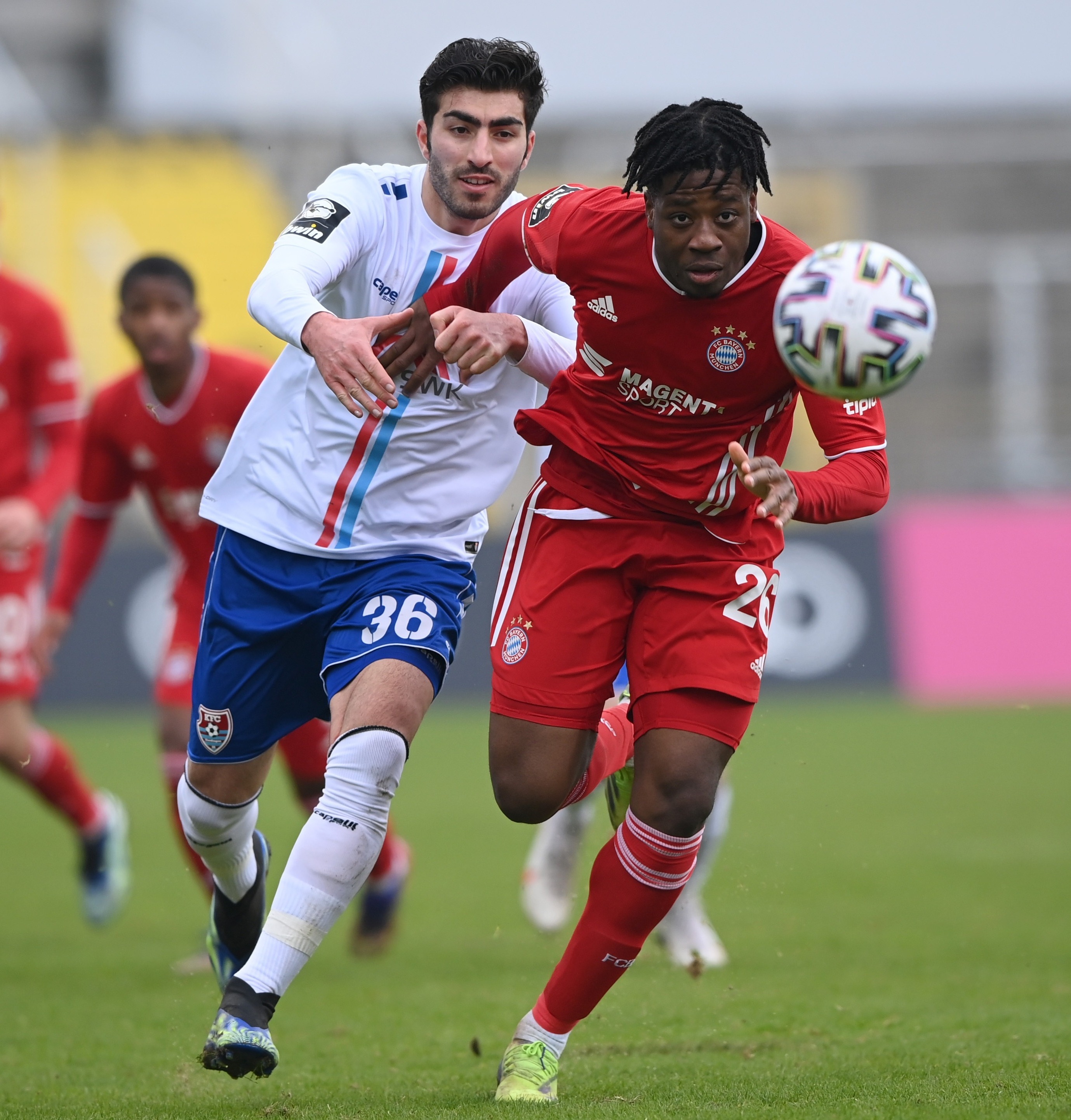 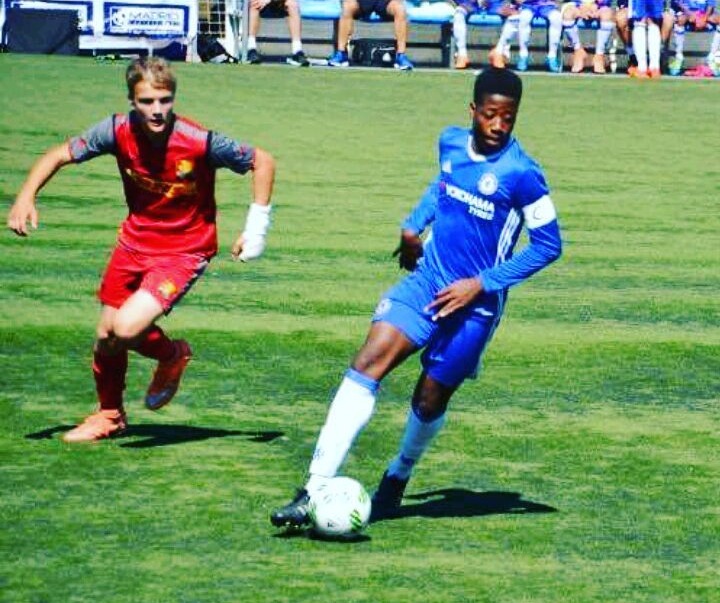 Arrey-Mbi was originally part of Chelsea’s famed academy before moving to Germany in 2019Credit: Instagram @brightakwo5

Jamal Musiala has exploded onto the scene with the Bavarians – already scoring three times for last season’s Champions League winners and declaring his international allegiance to Germany, after a tug-of-war with England.

But German-born Bright Arrey-Mbi, who arrived with Musiala, hasn’t gone under the radar – impressing his coaches as he’s risen through the ranks.

Nicknamed ‘The Beast’, the 17-year-old centre back has already appeared in Bayern’s star-studded first team – playing in a Champions League game against Atletico Madrid.

And he had established stars of the Bundesliga giants purring when he first arrived at the club.

Last season Bayern flew to Qatar for a mid-season training camp, with Arrey-Mbi in tow.

He was the youngest player in the group, but you wouldn’t have thought it.

The 6ft 1in defender, who briefly trained with Norwich City before moving to Chelsea, acquitted himself brilliantly in front of boss Hansi Flick, as well as his new first-team team-mates. 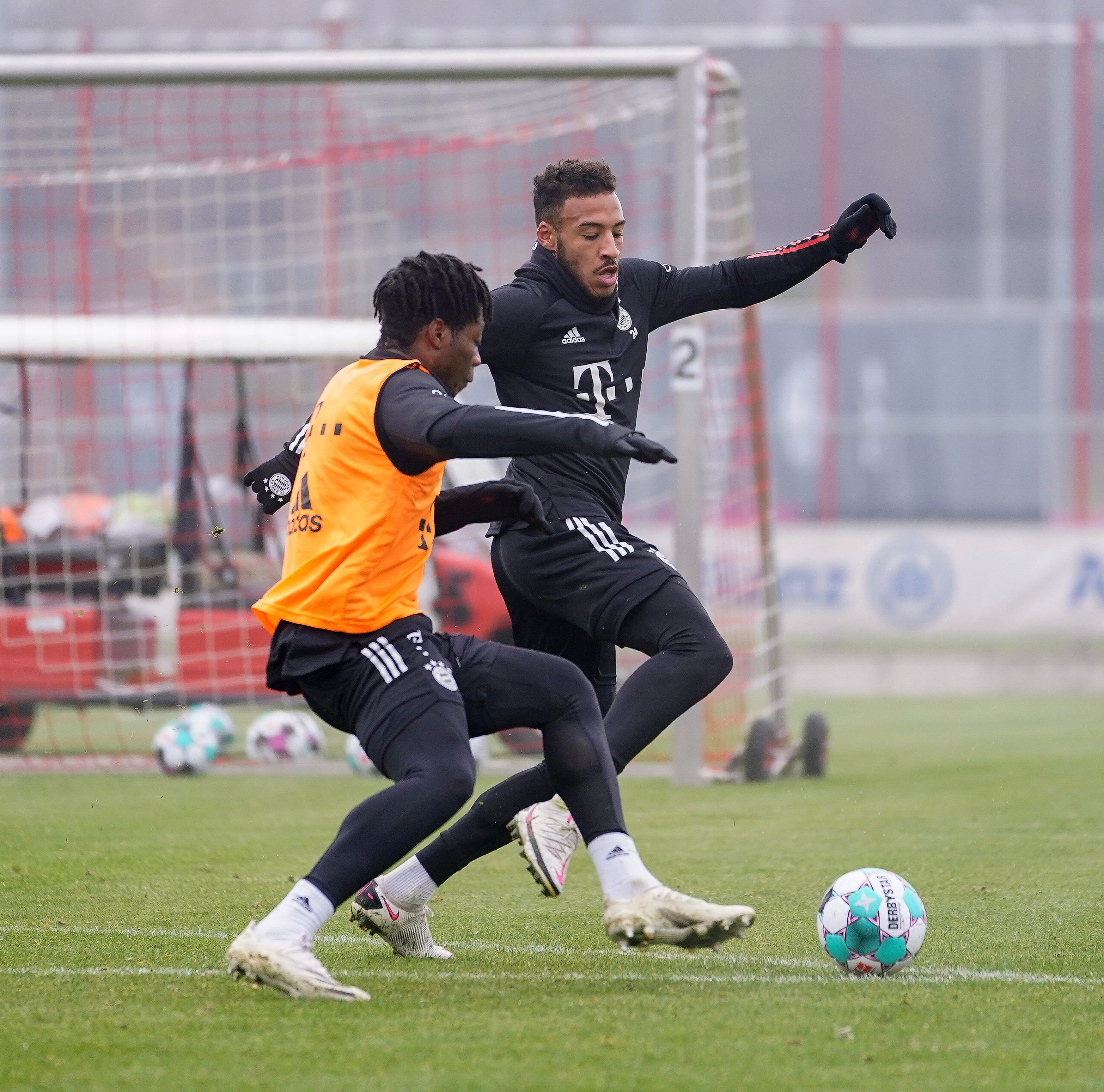 ‘The Beast’, as Arrey-Mbi, is nicknamed closes down Corentin Tolisso during a first team training sessionCredit: Getty Images – Getty 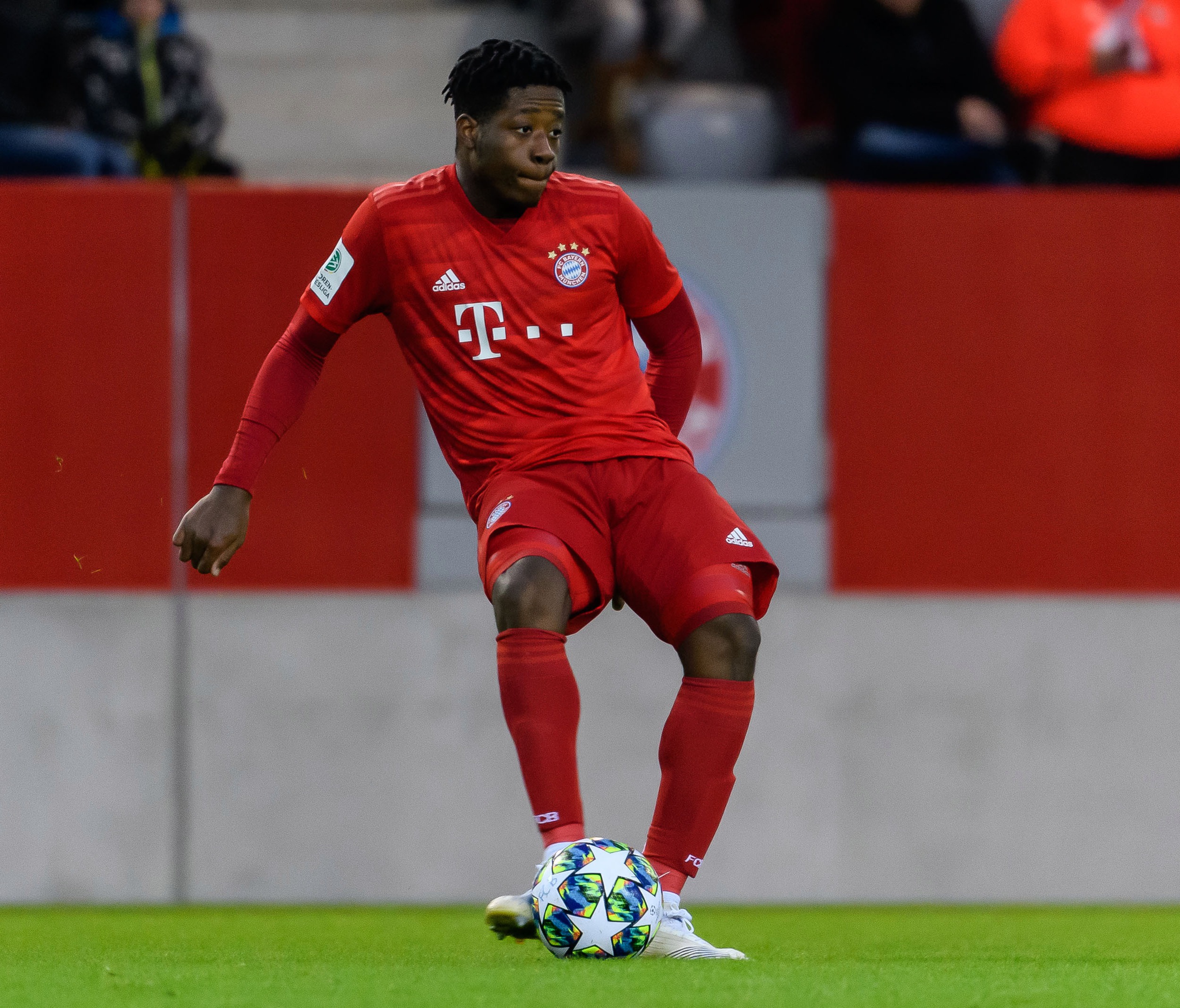 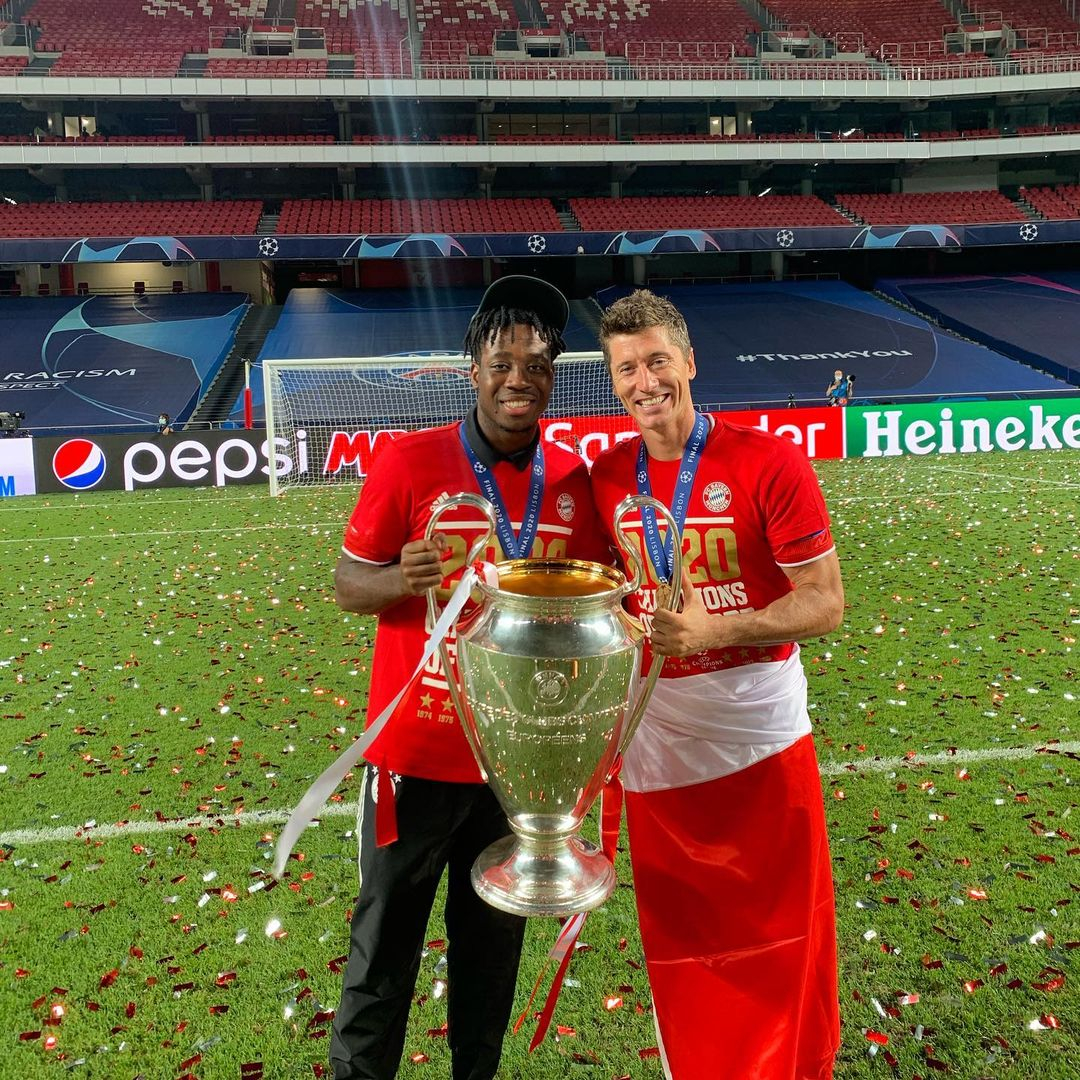 “You can tell that he uses every muscle on his body. It surprised me in training that he’s not shy at all.

“He really goes into challenges and has a certain calmness on the ball.”

While David Alaba added: “His athleticism and his understanding of the game are already very far ahead.”

Arrey-Mbi was handed his opportunity to train in Doha because of his performances at Under-19 level.

He led the youth side to the top of the table before the season was cancelled after the coronavirus pandemic.

In his first 14 starts, Bayern’s U19 team kept six clean sheets, while Arrey-Mbi also proved to be a threat at the other end contributing two goals. 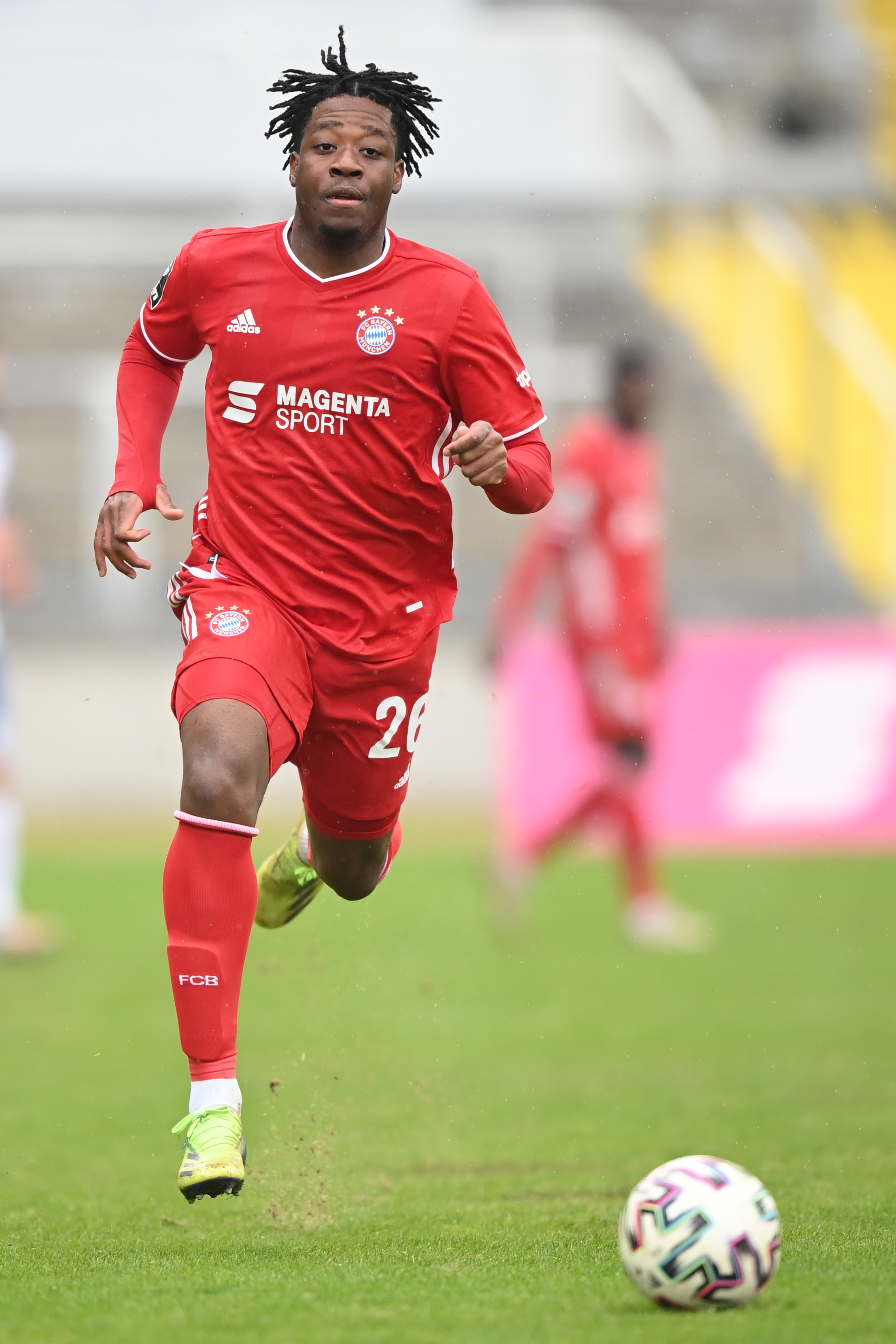 His athleticism is one of 6ft 1in Arrey-Mbi’s strengthsCredit: Getty Images – Getty 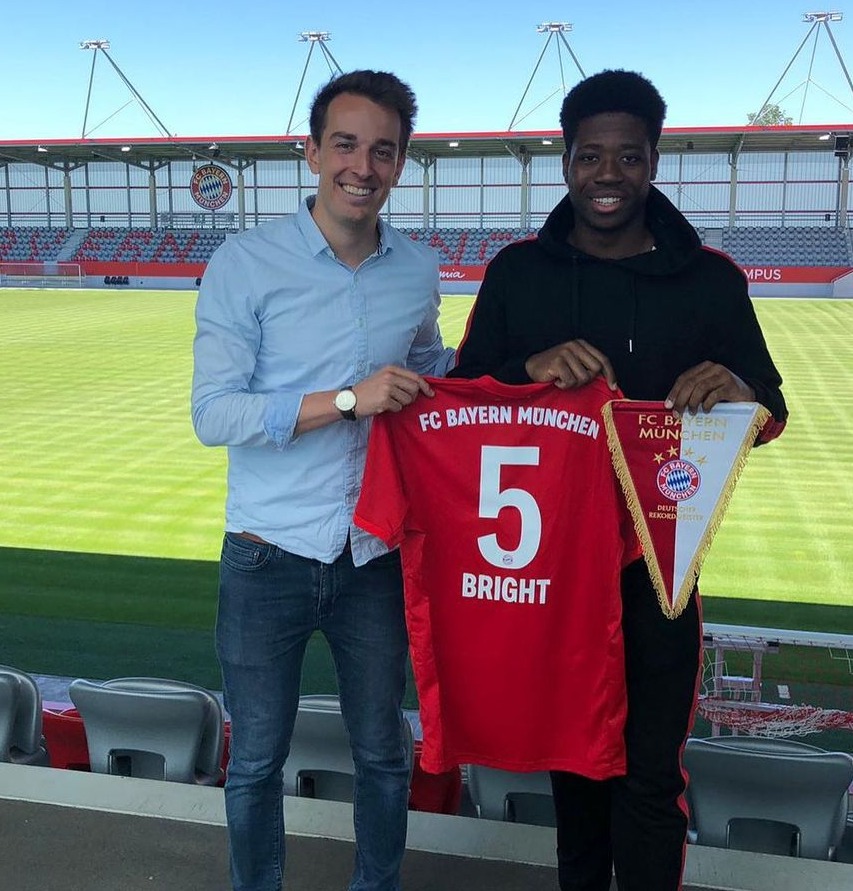 Since signing for Bayern Munich, Arrey-Mbi has risen through the ranksCredit: Instagram @brightakwo5

The youngster also starred in the Uefa Youth League – with Arrey-Mbi ensuring his side kept four clean sheets from their six unbeaten group games.

Ahead of the 2020-21 season, he was promoted to the reserve squad and invited to train with the first team, where he proved he was ready for his chance.

With Bayern Munich already qualified as group winners, the pressure was off for the trip to Atletico Madrid.

So Flick rested a lot of his top stars to give the stars of tomorrow their opportunity.

Arrey-Mbi got a start – playing against Portuguese sensation Joao Felix. And even though the forward scored, Arrey-Mbi impressed as the Germans drew 1-1 in Spain.

Bayern’s Spanish star Javi Martinez was full of praise for both Arrey-Mbi and Musiala – calling them the future of the club. 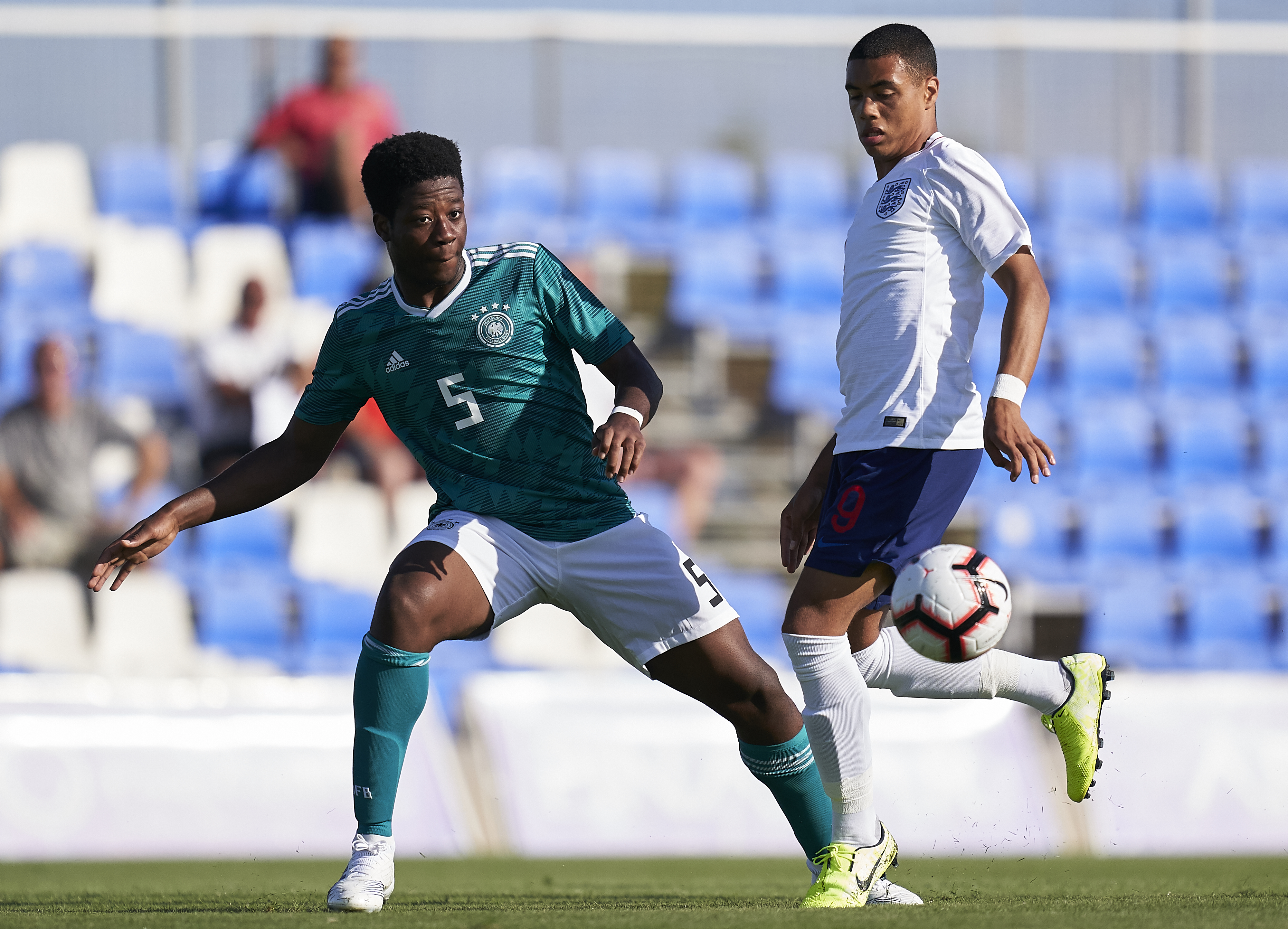 Arrey-Mbi has been capped by Germany at U17 levelCredit: Getty Images – Getty 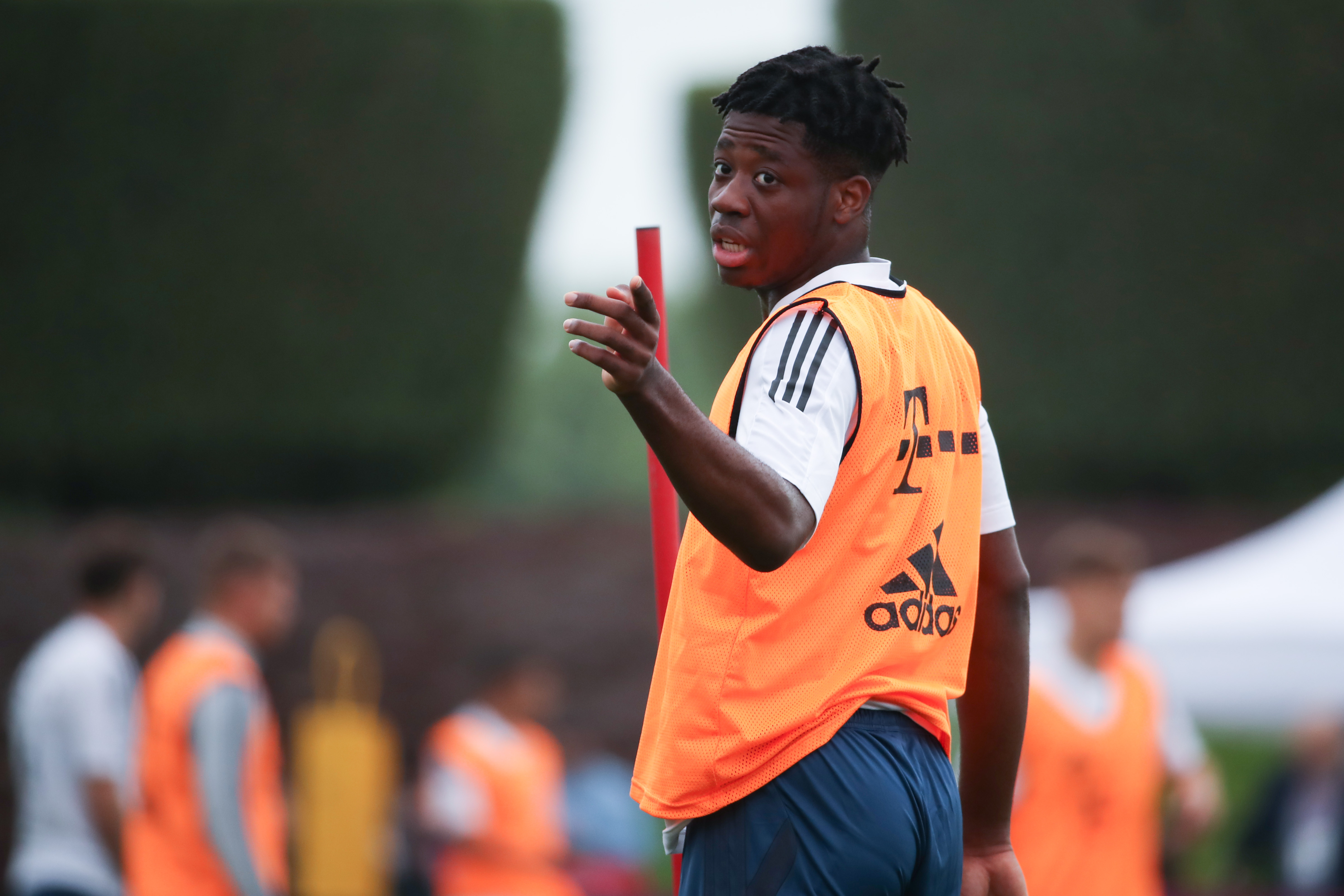 Already, Arrey-Mbi has been tipped to be one of the future stars of Bayern MunichCredit: Getty Images – Getty

“They were born in 2003 – that’s almost when I started to play in the first division,” he said, via Uefa.com.

“But Bayern is a club that builds from the bottom with the youth players. The future is bright. When young players train with us, they play very well.

“They are the future of the club.”