THE European Super League is BACK ON – with a host of new rules following an incredible backlash to the original plan earlier this year. 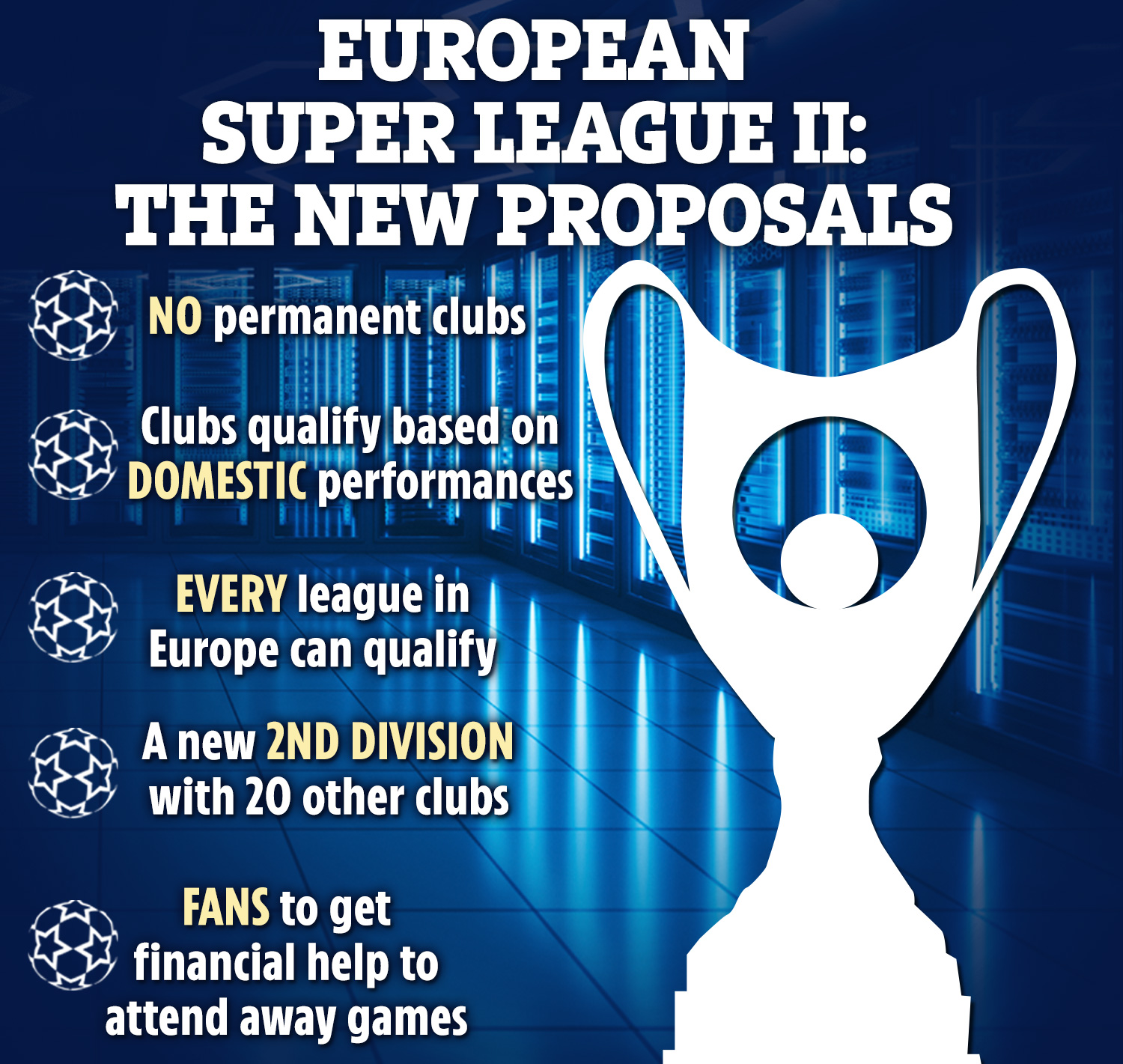 But after a ferocious fan backlash, a dozen clubs – including all of the Prem teams – withdrew, leaving just Real Madrid, Barcelona and Juventus.

And the rebels have drafted a fresh plan packed with new rules in a desperate bid to appeal to the masses.

Most-importantly, the new plan states the European Super League will NOT be a ‘breakaway’ competition.

Instead, there will be two leagues of 20 clubs – ensuring 40 clubs will be involved every season.

Promotion into the competition and relegation out of it will also come into force under the new proposal.

Any club from every league in Europe can qualify, depending on their performances, ensuring it does not become a closed shop.

In a desperate appeal to fans – the driving force behind the Super League’s collapse – the new draft vows to give supporters financial help to attend away games.

Half of the seats for the competition’s final will also be placed in the lowest band of ticket costs to ensure supporters aren’t priced out.

In a sop to those who criticised the clubs for their greed in joining the initial £4.6billionn venture, Super League is now claiming it is in favour of tight cost controls.

It has also accused Uefa and president Aleksander Ceferin of abandoning efforts to make clubs live within their means by the planned changes to its Financial Fair Play regulations.

The new draft comes as the Spanish Government officially came out against the two LaLiga giants and any Super League scheme.

Government lawyers have told Uefa they back the legal fight against the plotters and will join the Nyon chiefs in the looming European Court legal case.