THE iconic 93:20 moment takes pride of place among the huge banners on the side of the Etihad Stadium.

But in two months, Sergio Aguero — the man twirling his shirt around his head on that May day nine years ago — will be consigned to the history books. 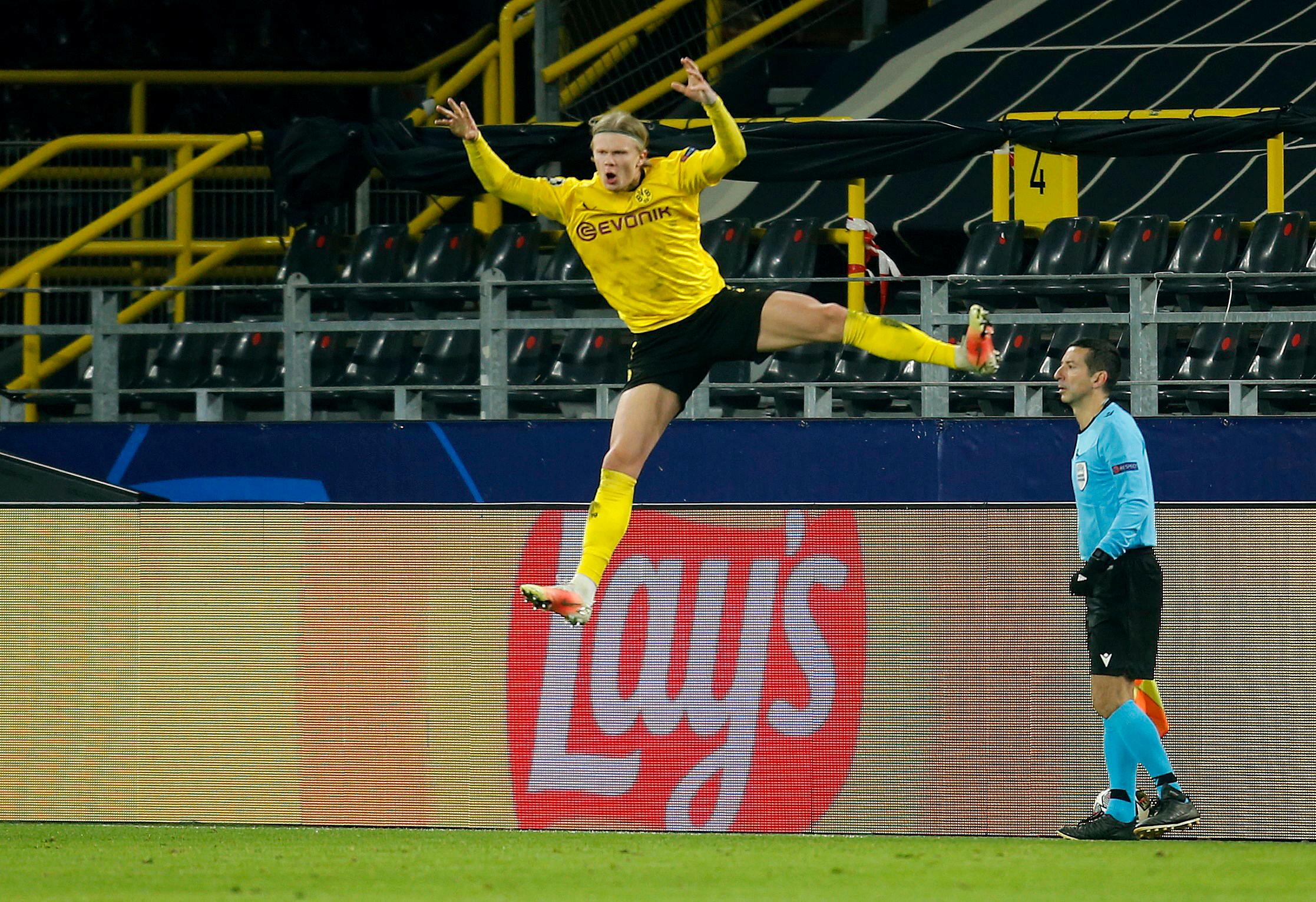 Erling Haaland would be great for Man City – but they must see off the threat of rivals Man Utd firstCredit: Reuters

And Manchester City will be looking for a new poster boy to try to fill the enormous void left by their record 257-goal scorer.

Whoever steps into the boots of the fourth highest scorer in  Premier League history is going to have to back themselves.

Borussia Dortmund striker  Haaland, 20, certainly does. His old Molde boss Ole Gunnar Solskjaer — who would also love to bring him to Manchester this summer — can testify to that.

The current United manager recalled his early days working with the teen sensation.

He told Sky Sports: “He came as a 16-year-old and you never know with injuries. He struggled with his knees when he first came.

“But I could see someone with personality. I remember him brushing off and putting our  centre-back and centre midfielder — two big lads — on the floor.

“He asked them to get up. He’s a top personality and he’s proving to everyone what a good player he is. We played against Zenit in the Europa League play-off and the referee came to me afterwards and said, ‘He’ll play in the Champions League soon’. 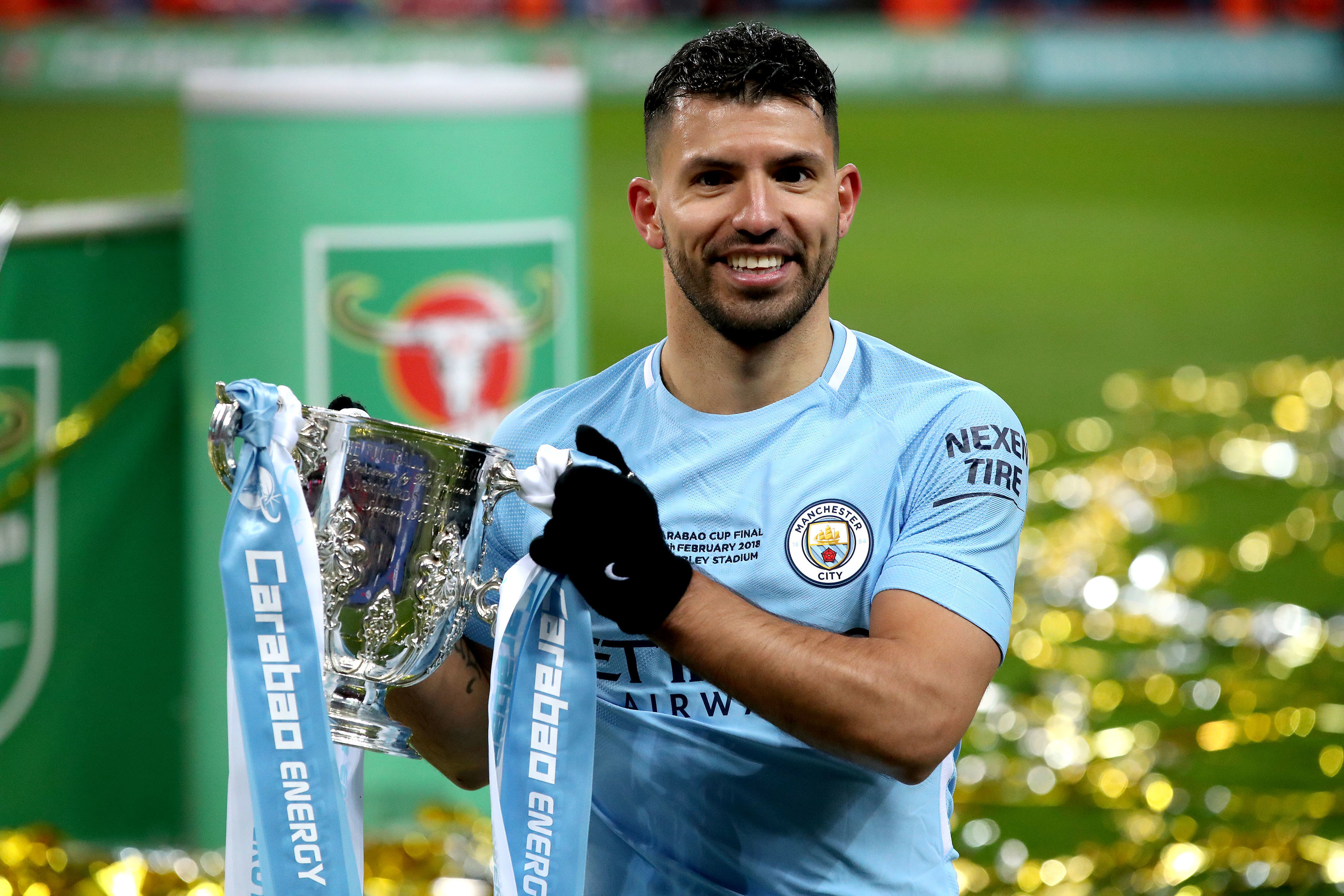 “We did know. I played with his dad Alf, he’s a bit old school in that respect but he’s a winner.”

Although he does not turn 21 until July, Haaland already has the record to back up that swagger.

The Norwegian’s appetite for goals would almost make the master marksman Aguero blush.

Back in summer 2019, Haaland scored NINE goals playing for his country’s Under-20s in a 12-0 World Cup group stage win over Honduras.

Yet instead of celebrating the achievement, he was kicking himself afterwards for not getting double figures.

He said: “It annoys me a little bit that I didn’t score with my last kick of the game.

“I’ll have to sit down and think a little bit about it and maybe I’ll work out what happened.”

Due to his height of just over 6ft 3in, you cannot really miss him on the pitch.

But do not be fooled by his stature — he is also one of the fastest players in the German league and does not play like a   typical burly No 9.

Keep an eye on his post-match interviews, too, if he does land in England. Unlike Aguero, Haaland seems to relish a bit of jousting with journalists!

Solskjaer got an early glimpse of the youngster’s character as well as his goalscoring ability when he made his bow in the first team at Molde.

He scored on his debut in the Norwegian Cup and then a couple of months later he made his first league appearance.

He was booked within a minute after coming off the bench but just six minutes later he had bagged the winner. Talk about making an entrance.

After another decisive strike against Viking later that year, he celebrated in front of opposing fans — earning himself a public ticking off from a team-mate.

The goals continued to come and in July 2018, he scored four inside the first 21 minutes of a game against league leaders SK Brann. Solskjaer admitted the youngster was already attracting interest.

Having been born in Leeds while his midfielder dad played for them, Haaland once revealed his dream was to win the Premier League with the Yorkshire side.

But despite some advances from Elland Road, his next move was to Red Bull Salzburg — joining up with them at the end of 2018.

It was during the first half of the 2019-20 season when he really rose to fame, scoring 28 goals in 22 appearances for Salzburg — including five hat-tricks — earning him a January move to Borussia Dortmund.

He also became the first teenager to score in his first four Champions League matches, including one in a thriller against Liverpool at Anfield.

Early in 2020 he shunned  interest from United and Juventus to make the move to Dortmund.

He made his debut on January 18 last year and scored a hat-trick within 23 minutes of coming off the bench in a 5-3 win over Augsburg.

Two more goals in each of his next two matches made it seven in three games — and he won the league’s player of the month award despite only being on the pitch for a couple of hours.

The goals have continued to flow, with 33 in 31 games for Dortmund this term.

Of course City fans will never forget Aguero — how could they? But here is a guy who could at least help them move on.