ENGLAND are set for a major World Cup boost with temperatures expected to DROP by 7C for their opener against Iran.

The Three Lions were feeling the heat on Thursday lunchtime as they trained in blistering 33C heat just south of Doha. 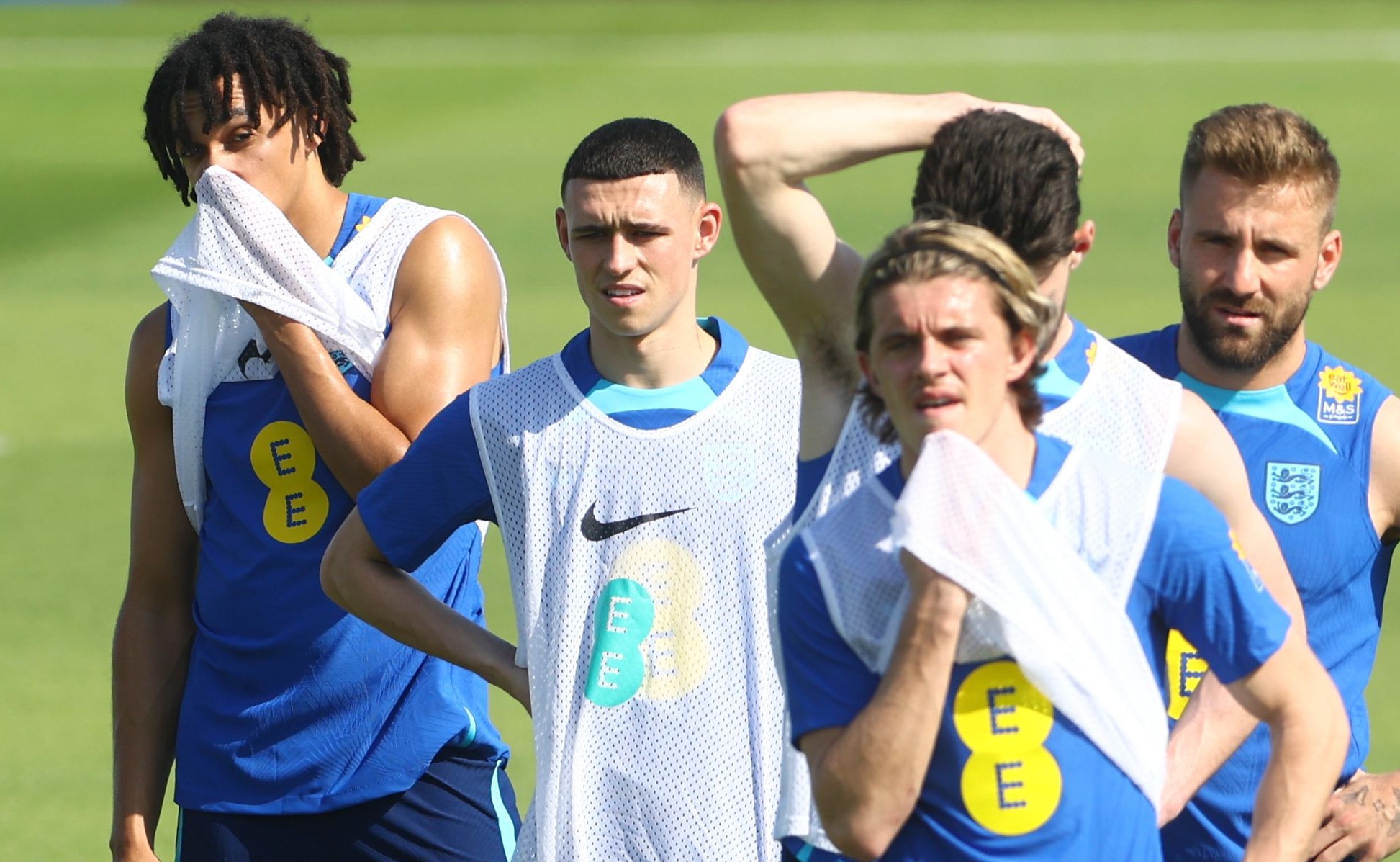 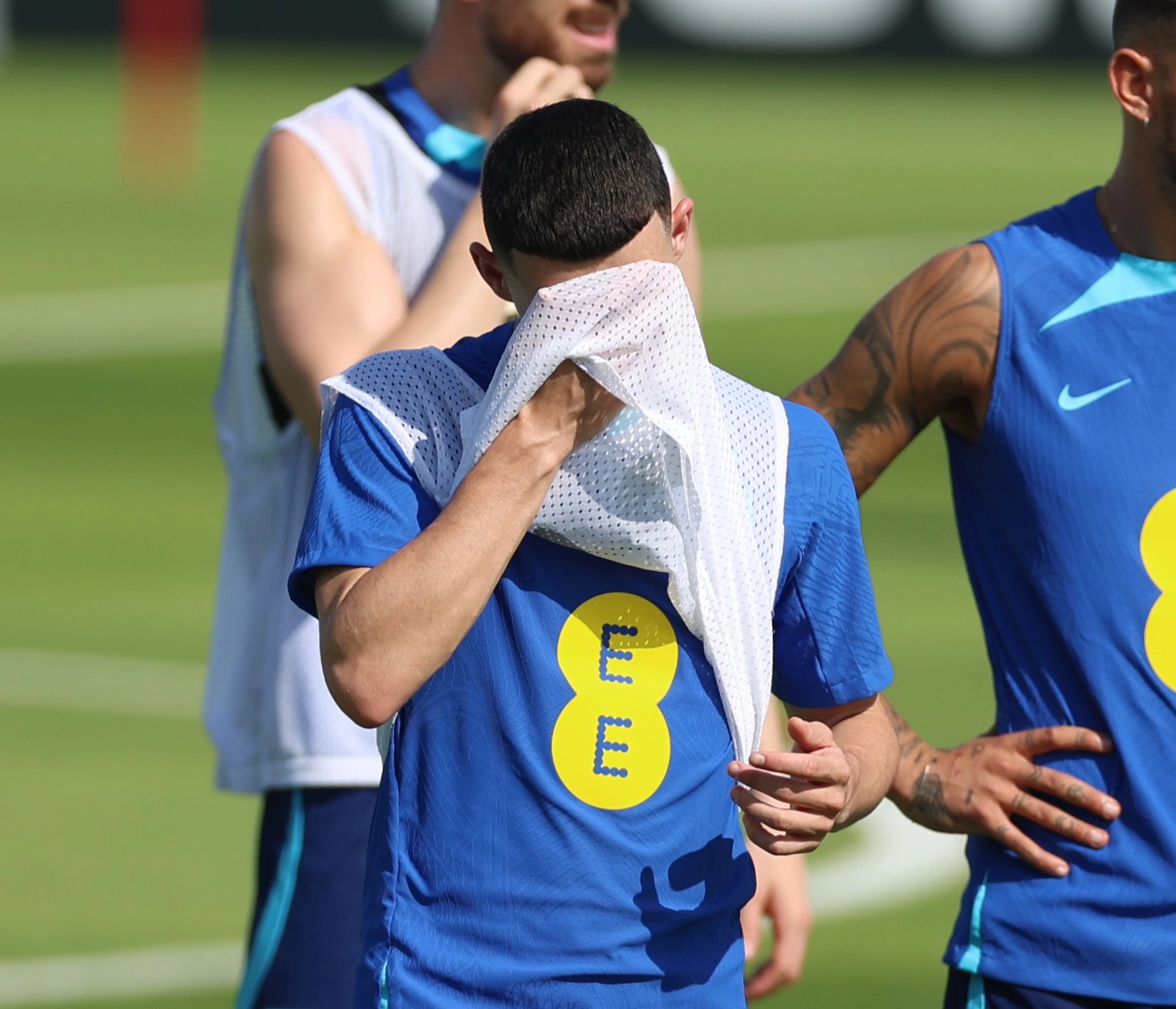 The Doha heat is a far cry from Stockport in November for Phil FodenCredit: Richard Pelham / The Sun 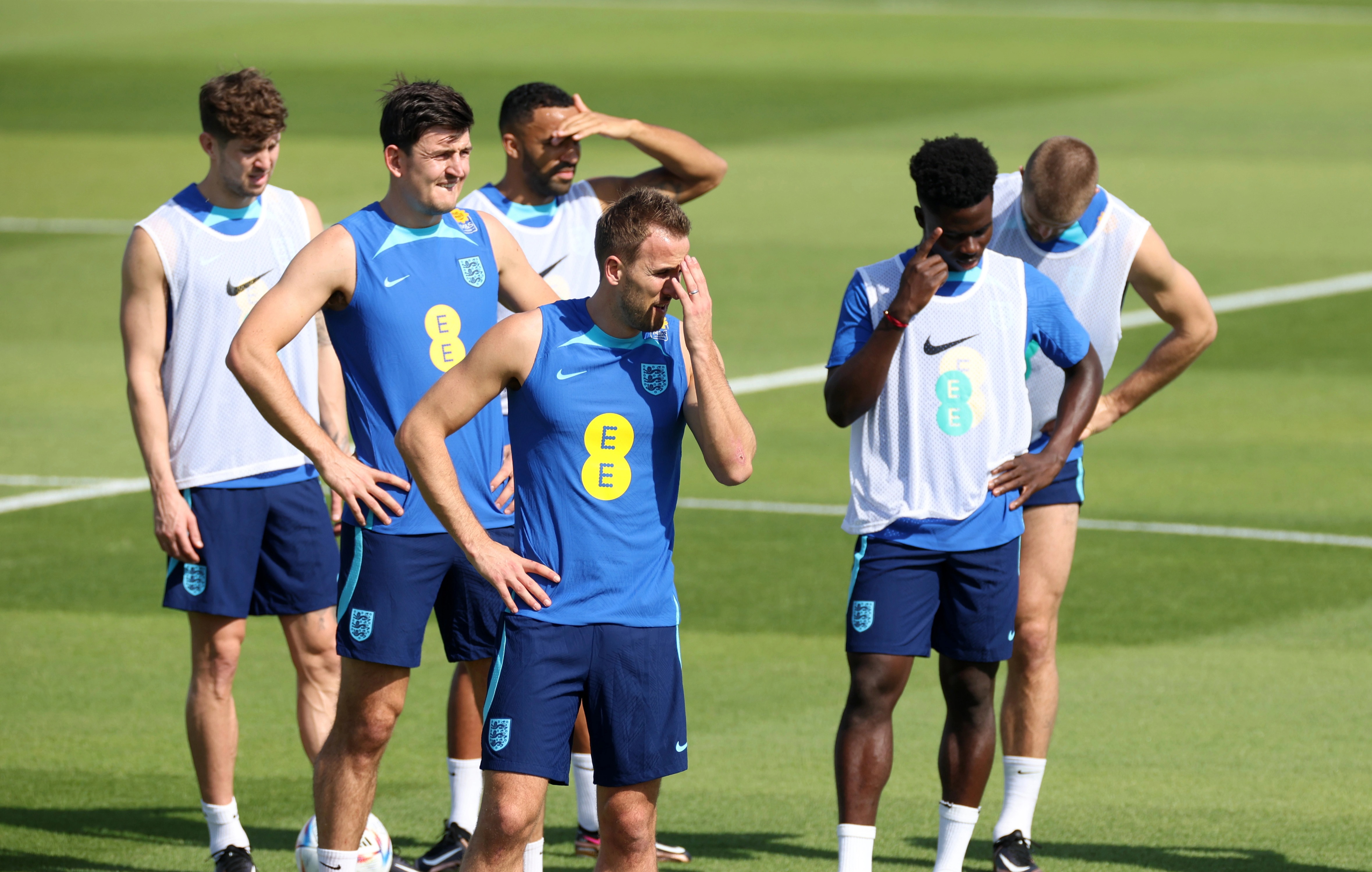 The mercury will drop to around 26C for the Iran clash on MondayCredit: Richard Pelham / The Sun

But the weather forecast for 4pm on Monday – when they kick-off their campaign against Carlos Quieroz’s side – is down at a more manageable 26C.

And with sunset scheduled just as the half-time whistle blows at the Khalifa International Stadium, the mercury may drop a tad during the second half.

Even though the World Cup stadiums do have air conditioning, the Middle Eastern heat is no doubt going to take its toll on the England players – who left wet, windy and cold St George’s Park on Tuesday morning.

But Gareth Southgate will welcome the cooler conditions on Monday afternoon, with 26C the average for Qatar in November.

And the 45,000 supporters in the stands – unable to get a £12 beer at the fan zone until 7pm – may also be glad by the drop in temperature after the weekend.

As things stand, the 10pm kick-offs against USA next Friday and Wales on November 29 should be a degree or two cooler than the Iran clash.

England had their second training session in Qatar on Thursday and are continuing to adapt to the hot weather.

Phil Foden, Trent Alexander-Arnold and Conor Gallagher were among those sweating buckets during the early afternoon.

Ben White seemed to be enjoying soaking up the rays while Kalvin Phillips and Conor Coady wiped away the sweat in the sunshine.

But James Maddison barely had a chance to get too hot as he headed back inside and missed some of the drills to manage the workload on his knee.

Asked about the sweltering heat in Qatar, Coady said: “It was hard this morning. It was a long session and it was something we needed to get a feel for it and understand it.

“It is tough, of course it is tough. I am not going to sit here and say it is not tough but we are professional players.

“Training this morning was fantastic. It’s a different environment. We want to enjoy it – it’s a World Cup.

“We are here in 30C heat but we must not think about the heat or worry about it.

“Let’s enjoy playing in the sun – we do not get it too much at home so we must enjoy it.” 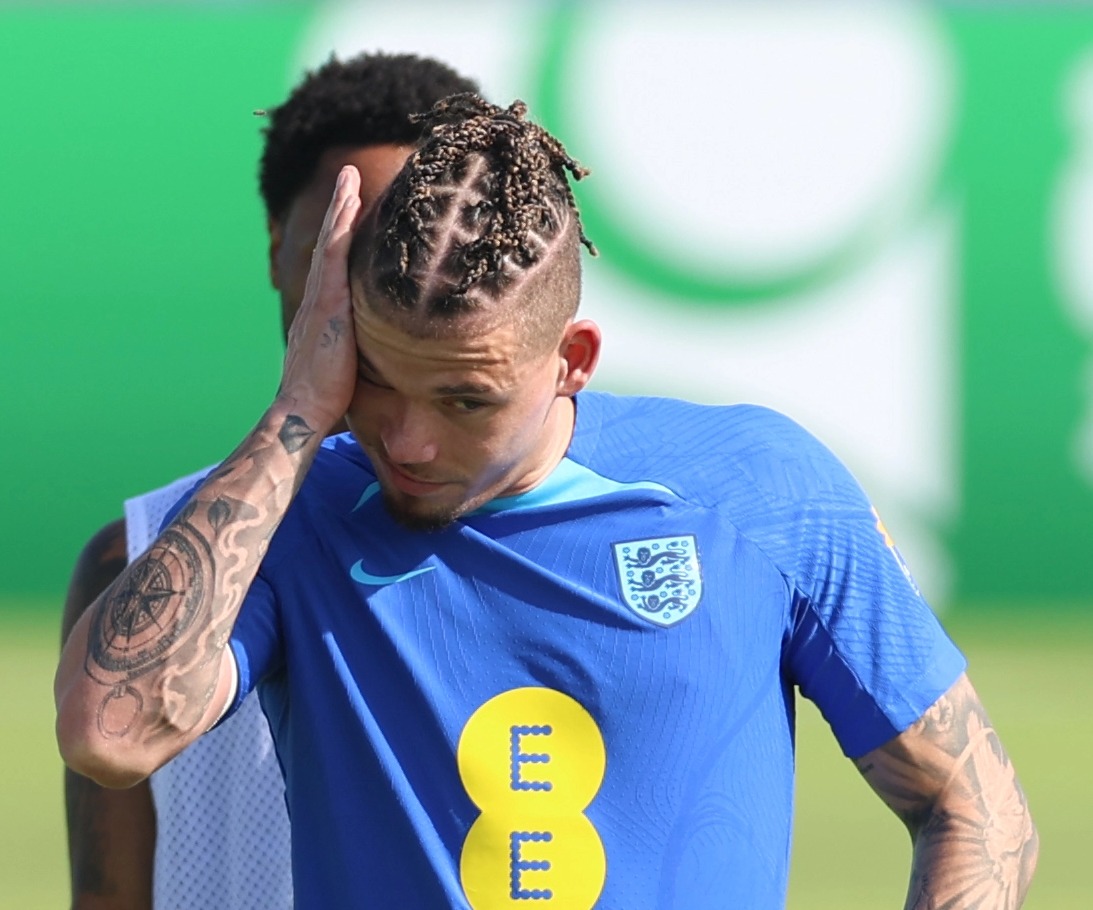 Kalvin Phillips did his best to keep himself coolCredit: Richard Pelham / The Sun 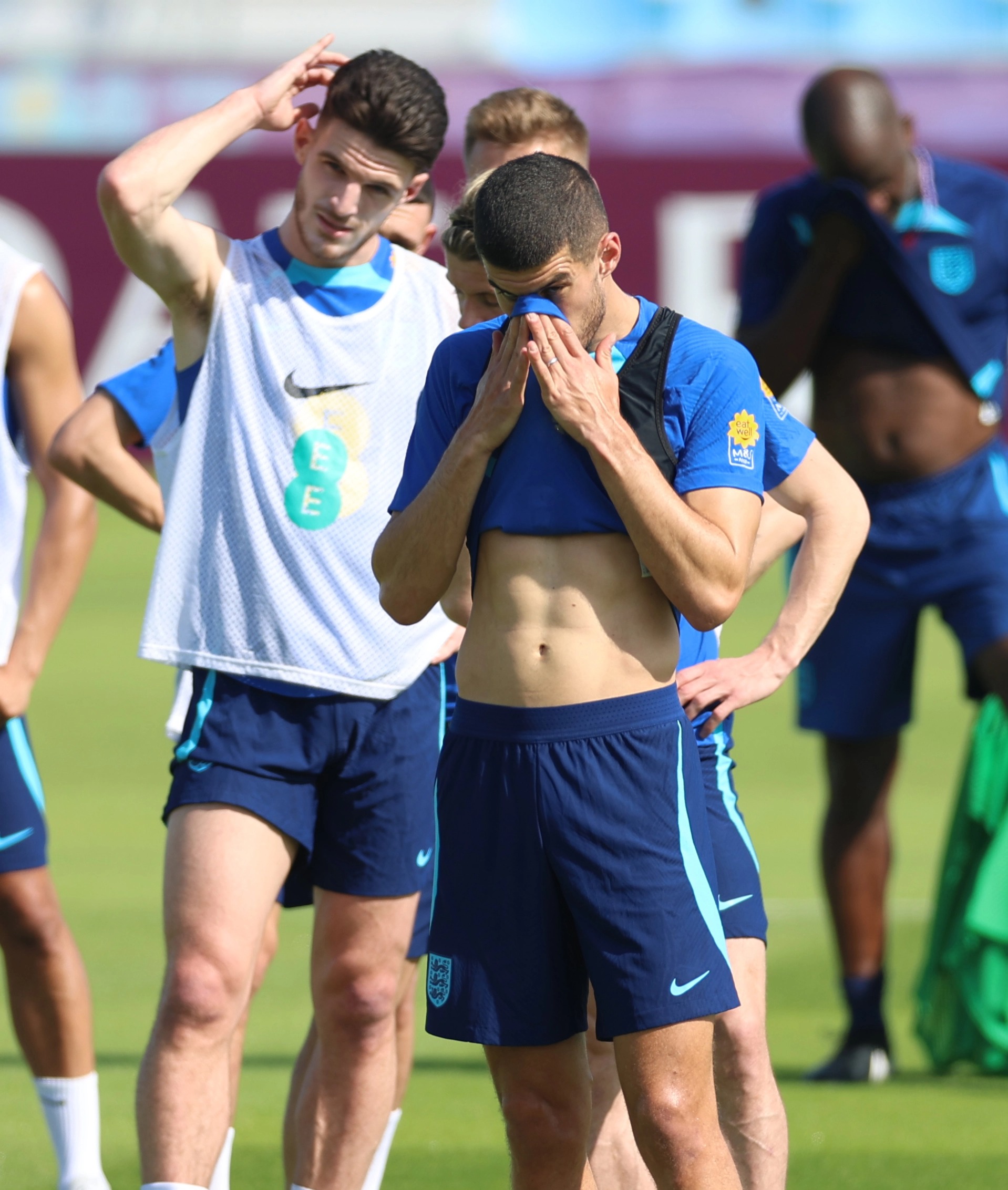 Coady refused to moan about the sunny weatherCredit: Richard Pelham / The Sun 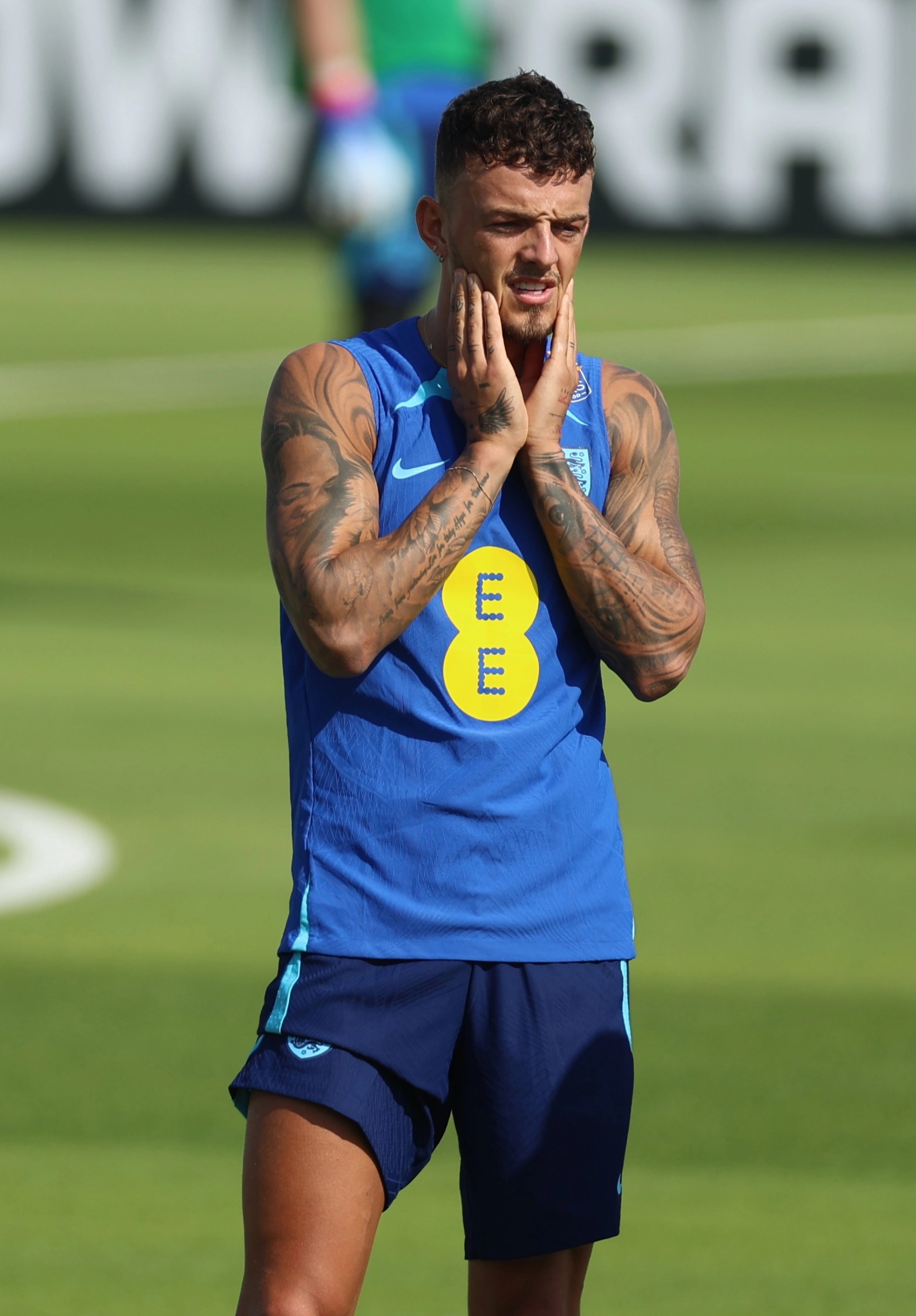 Ben White topped up his tan in trainingCredit: Richard Pelham / The Sun