ENGLAND legend Paul Gascoigne has been showing off his dance moves ahead of being dropped into the jungle with a former Miss Italy stunner.

Gazza, 53, is set to make an appearance on the Italian version of ‘I’m a Celebrity…Get Me Out of Here.’ 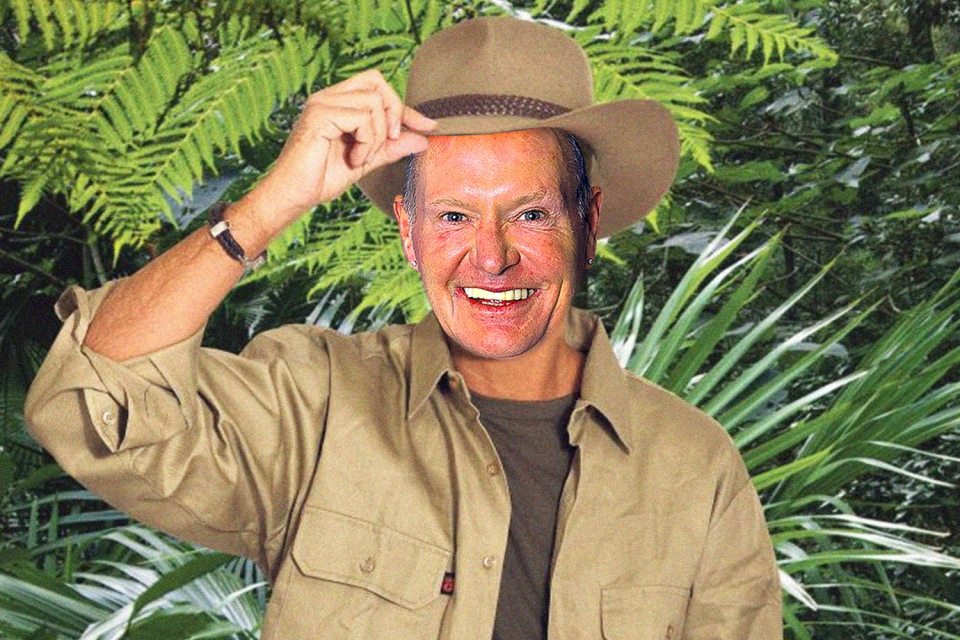 And he worked up a sweat during an unorthodox dance show in pyjamas, slippers and shades as he got ready to board a plane to Central America to star with a former Miss Italy in Isola de Famosi – Island of the Famous.

Gazza, 53, is set to be thrown out of a helicopter into the sea and made to swim to dry land before braving the risk of tropical storms and poisonous spiders on the small archipelago of Cayos Cochinos 18 miles off the northern coast of Honduras.

But the adventure awaiting him didn’t seem to deter his spirits as he relaxed in his hotel in Italy ahead of his weekend flight.

And Gazza, who gave footie fans a chuckle two years ago at Wembley by performing the famous Floss Dance, showed he was game for a laugh after coming out of self-quarantine to pose in Milan’s Duomo Square with a saucy Michelangelo novelty apron on.

The ex-Spurs and Newcastle midfielder wrapped up warm on top with a jacket, but left his legs exposed under the tourist apron. 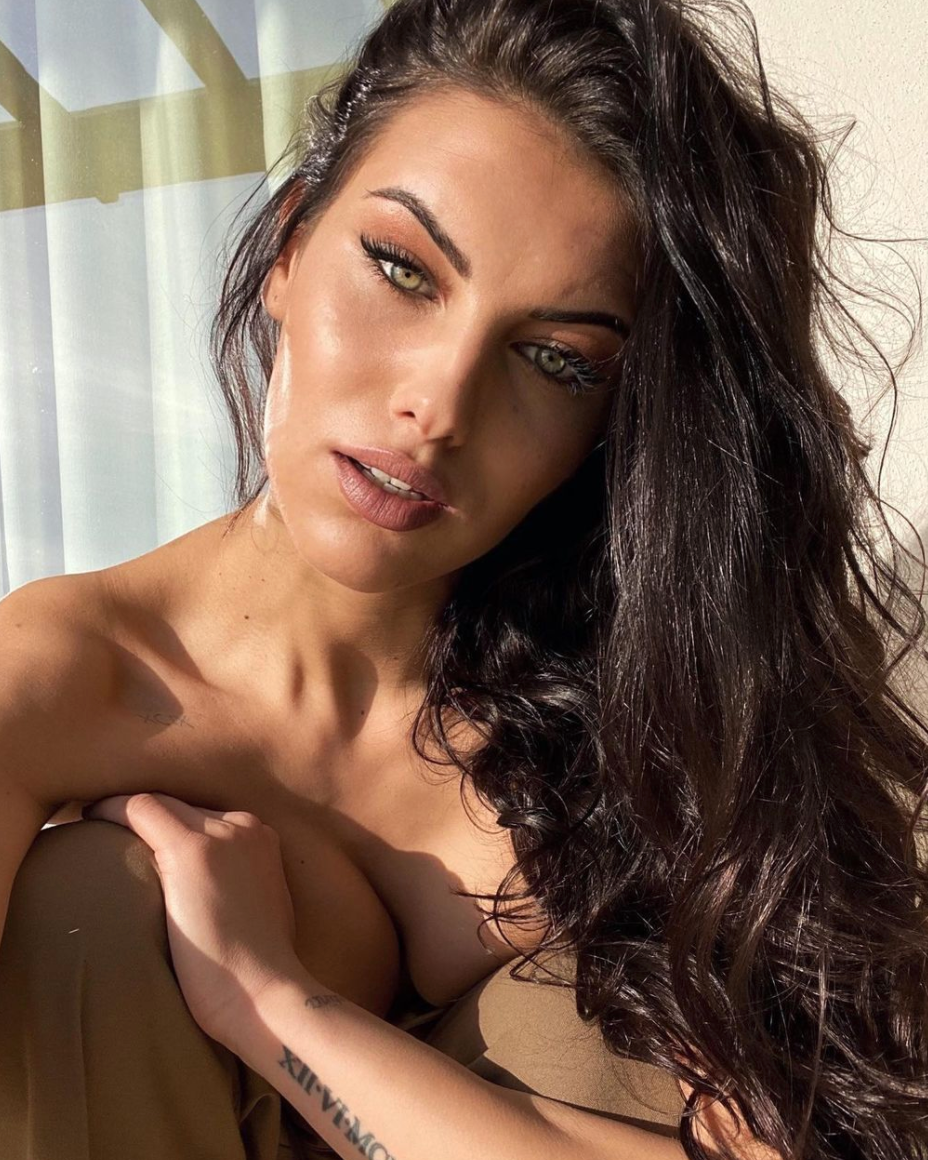 Carolina Stramare is also heading to the jungleCredit: INSTAGRAM 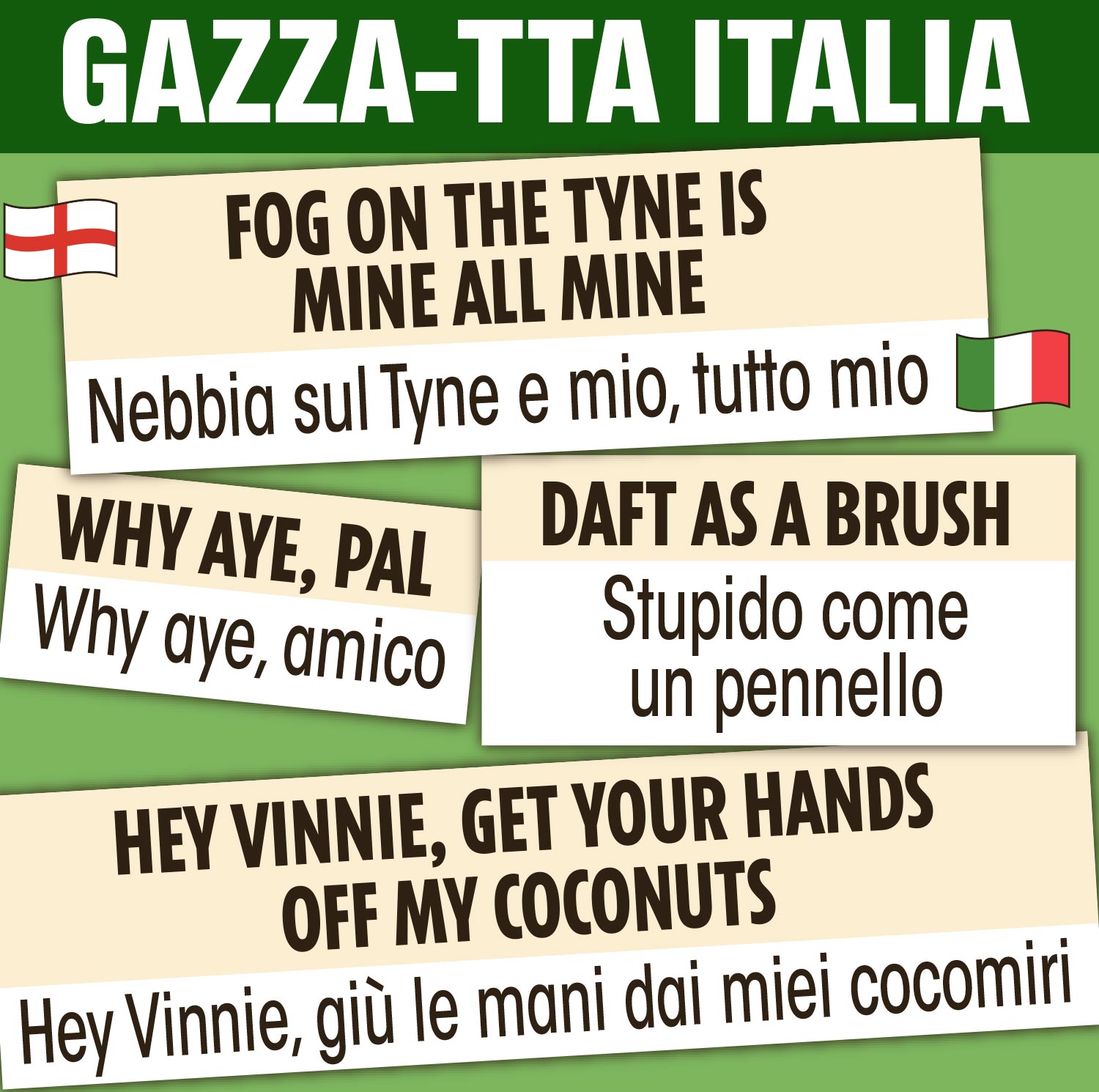 Fans were quick to guess a teaser about the whereabouts of the retired footballer, who has battled drink and drug problems, correctly answering he was in the northern Italian city although one joker responded: “Burton-on-Trent?.”

Another told Gazza: “Get a mask.”

McCoist thinks Gascoigne will WIN Italian I’m A Celebrity… Get Me Out Of Here! or walk out after one day

Filming for the reality TV show Gateshead-born Gascoigne is due to star in begins on March 12 after he quarantines for a further fortnight following his arrival in Honduras.

The stunning model won the crown on September 6 2019 and dedicated her victory to her mum who died of cancer the previous year.

They can only be reached by boat and there are no roads, car or bikes. Contestants on Spanish versions of the show, also filmed on the islands, have had to be evacuated because of bad weather.

Gazza showed off his dance moves

Programme producers made an emergency decision to pull celebs out three years ago, saying it was done to “avoid tragedy” as torrential rain and high winds battered the area.

Another storm the following year destroyed the makeshift shelters contestants slept in, leaving them exposed to the elements in soaking-wet clothes.

Tarantulas and snakes which release a foul-smelling musk from their tail are among the animals that live in the archipelago, part of a larger group of islands proclaimed as a British colony in 1852 until their surrender to Honduras seven years later after US pressure.

Mexican, Colombian and Israeli reality TV shows have also been filmed in Cayos Cochinos, said to be named after British pirates who visited the area and left pigs to fatten up on the area’s vegetation.

Gazza has been allowed to leave the UK to take part as his trip is work-related.

He is expected to be dropped into the ocean by helicopter and made to swim to shore to start his island adventure.

The famous chopper drops, a feature of both the Italian and Spanish versions of the famous reality TV show, have sparked panic attacks among some contestants in previous editions.

Gazza, who played for Rome side Lazio in the nineties, is believed to speak enough Italian to get by and is thought to have been getting refresher lessons after putting pen-to-paper on his TV show deal.