And the Wales skipper is being urged to go on more rampaging runs after her thunder strike helped Chelsea beat City on home turf for the first time in nine years. 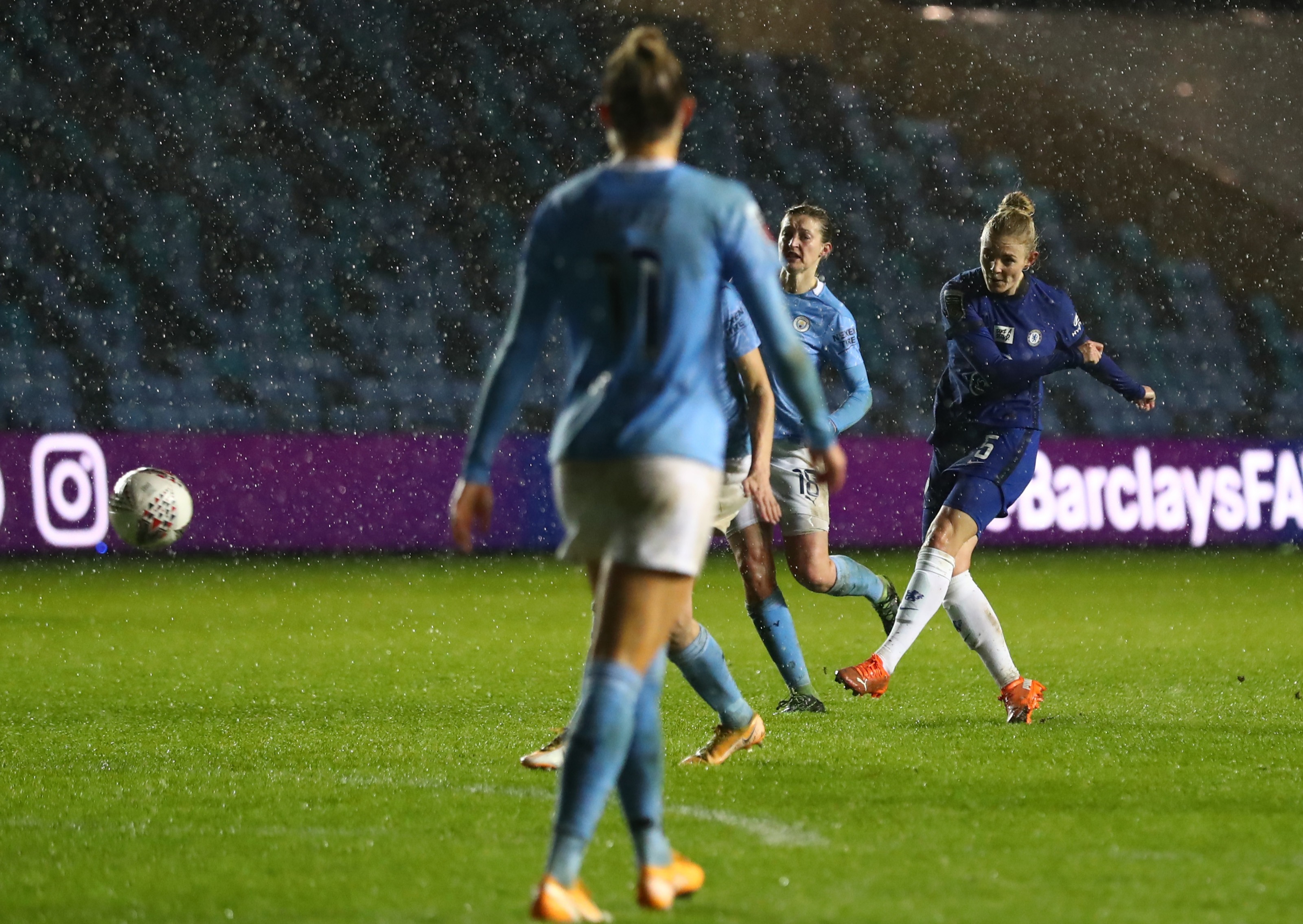 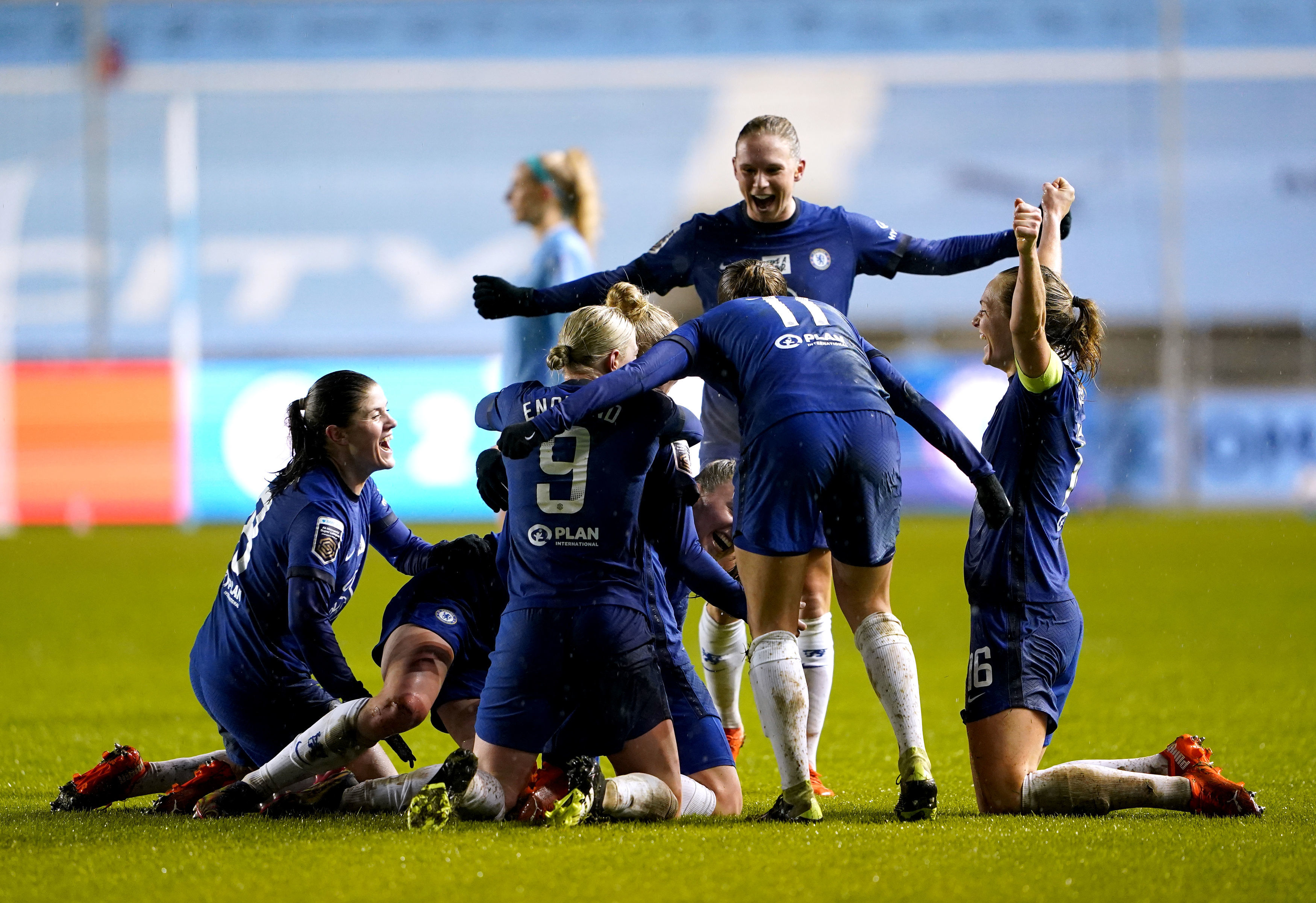 Additional goals from Melanie Lupolz, Guro Reiten and a superb Niamh Charles shot were enough to see City knocked out after the rain-sodden clash.

Hayes said: “In Sophie, this football club has had a more defensive midfielder and I am challenging her – for the next level she has to do more.

“And that includes more marauding runs forward in the right moments.

“If you wanted to show your manager what they have asked of you, that’s a great way to respond and she showed her class and her quality.

“I was disappointed to give away two terrible goals.

“But then with players like Niamh Charles and the work she does in training to get herself into that position, she is priming herself for that moment.

“This is a real victory for new additions to the squad.

“And the depth of the squad is the reason why we are going through to the next round. 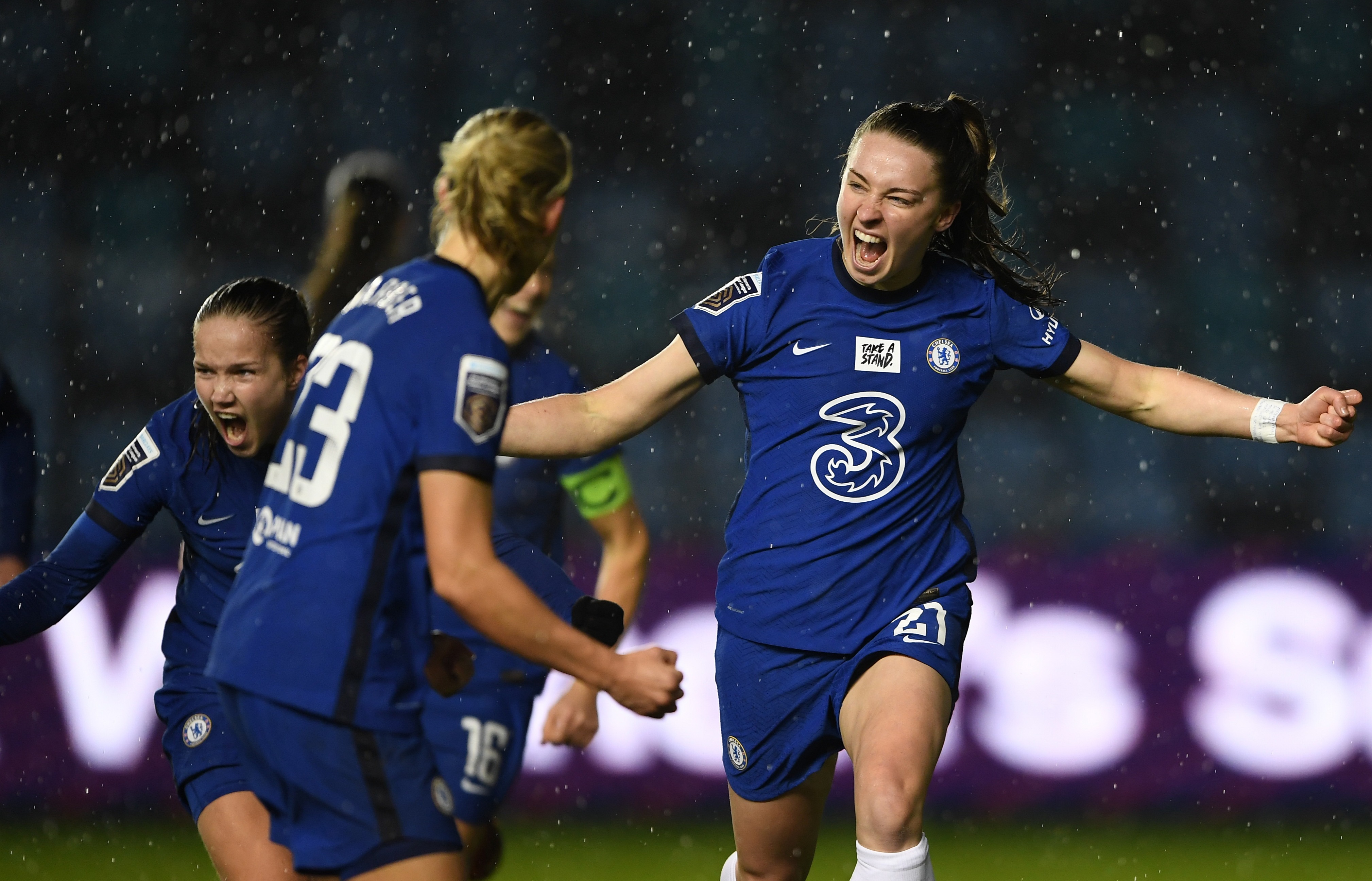 “The whole dressing room will be over the moon for Niamh – just like they will be for Sophie Ingle – because sometimes the quiet ones don’t get the credit.

Before the encounter the Academy Stadium had been a fortress, with City’s last defeat being a loss to Atletico Madrid in September 2018.

But it was the champs who took the lead with Germany star Lupolz rifling in the Blues first goal close to half time.

City refused to bow and levelled through Chloe Kelly with the England ace dispossessing Magdalena Erikkson seven minutes into the second-half.

And it looked as if the hosts were destined for the Conti Cup semis after Lauren Hemp volleyed them ahead in the 84th minute.

But super sub Charles came to the Blues rescue with an exquisitely controlled looping shot, levelling for the visitors with a minute to go of normal time.

And extra time efforts from Guro Reiten – who would later tee up Ingle for her goal wrapped things up for the Blues.

Wednesday night’s victory means Chelsea have picked up seven wins in a row across all competitions.

A semi-final clash with West Ham or Durham awaits the league cup holders.

City, who will be hoping for better fortunes in the league, will take on Brighton on Sunday.

And Alan McMahon who was deputising for City gaffer Gareth Taylor says the loss was a tough one to swallow. 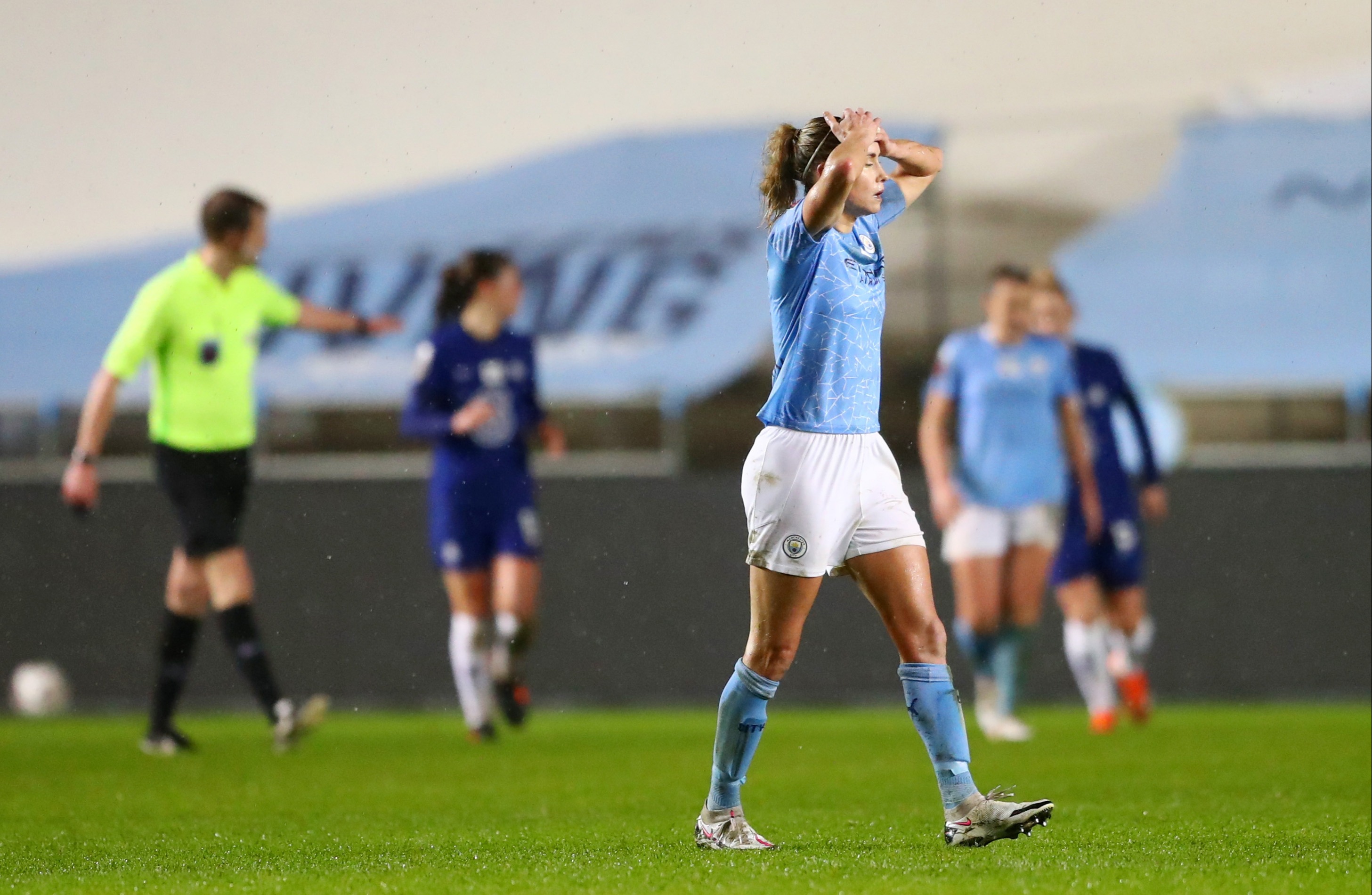 Man City will be looking to bounce back when they take on Brighton in the WSL Credit: Getty Images – Getty

“It’s a bit frustrating at the last minute that we couldn’t get the win over the line.

“We have a game on Sunday. We can only control the controllable. So the girls will rest, regroup and get ready for another big match.”