EMILE SMITH ROWE must wish he could simply catch a break after his injuries woes struck again – just as he was becoming “irreplaceable” in this Arsenal side.

The 20-year-old attacking midfielder is considered by many astute judges to be one of the Gunners’ most exciting young talents emerging from a thriving and productive academy set-up. 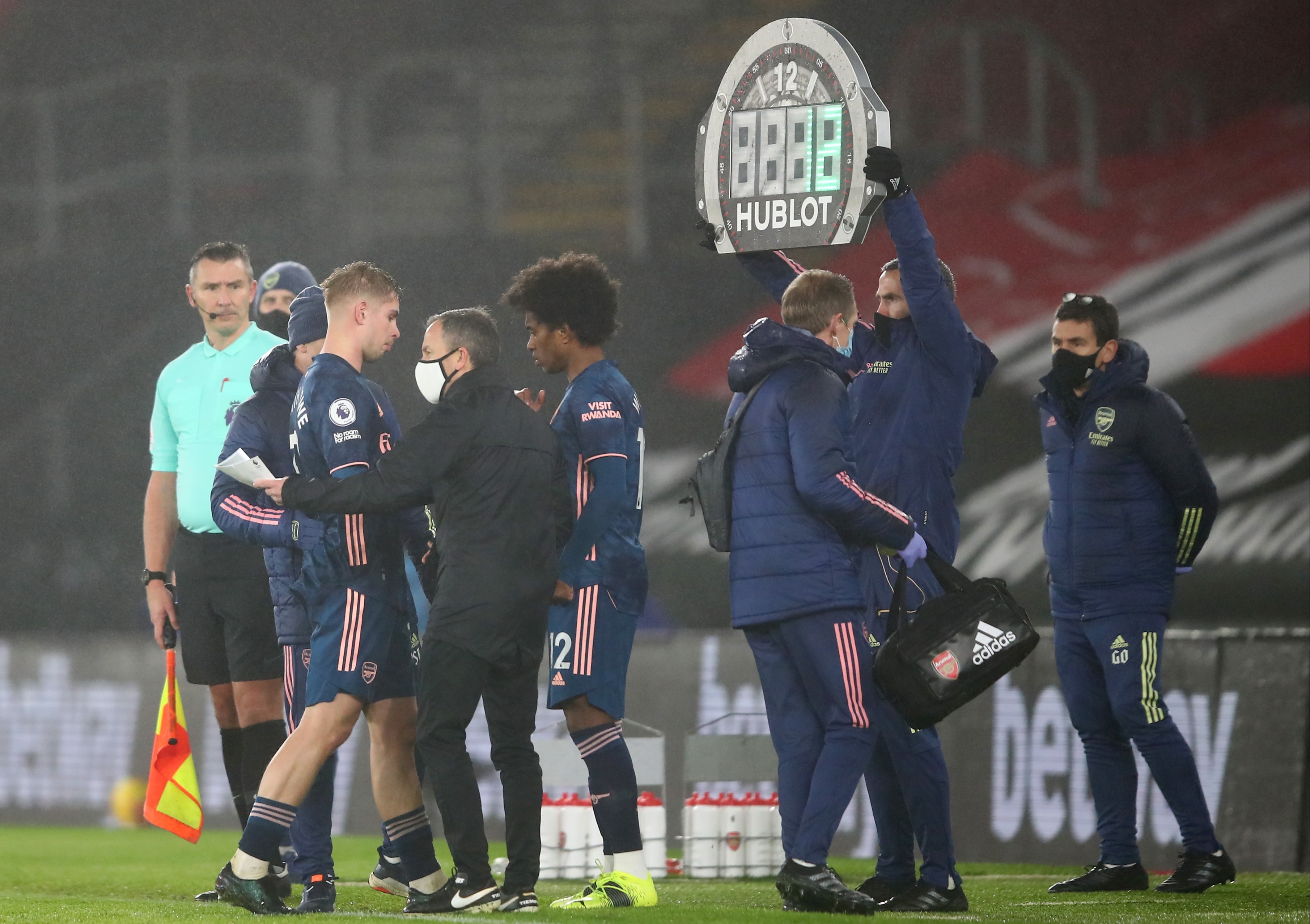 Even tonight two former England defenders felt compelled to give him significant praise following a committed display against Southampton in the No.10 role behind Alexandre Lacazette.

But just as Rowe was starting to bed into the first team and feel comfortable, seemingly free of any physical issues he has endured in the past, he finished the evening being seen by the club medical staff.

And the Croydon-born ace spent the final 20 minutes or so watching the action from the St Mary’s stands.

Arsenal chief Mikel Arteta says he came off with “muscular discomfort” and couldn’t give any reassurances that he would be fit this weekend.

Rowe’s first-team opportunities have been stunted by injuries, and it was only last month that he truly broke through into the Premier League and made his name.

Two goals in 12 matches have repaid the confidence and trust shown in him by Arsenal boss Mikel Arteta – and his importance to this side cannot be underestimated.

Certainly he has shown more ambition and intent than his 72-minute replacement, the Brazilian international Willian, who has simply not delivered to expectations since switching from Chelsea to Arsenal.

It might not be any consolation now, especially if he ends up missing the tasty Manchester United clash on Sunday.

But for Rowe’s family watching at home, they would have delighted to hear the comments of Rio Ferdinand and Martin Keown.

Both have seen their fair share of talented youngsters in football down the years, and both were very impressed by what they saw.

Ferdinand, winner of six Premier League titles and a Champions League with Manchester United, said: “What I like about Emile is his smoothness in which he plays.

“He glides across the pitch. He is one player who makes others look better by the way he plays.

“He feeds people. He can take the ball in tight areas. And he is someone I feel he will be a mainstay in years to come in this team.”

Keown, the former Arsenal defender, and a member of the 2004 Invincibles, reckons his loss will be a major blow to Arteta’s short-term ambitions, arguing that he is fundamental to how the side tick.

He said: “I can remember a few years ago when Jack Wilshere said he saw it early in training, knowing he would be something special.

“Sometimes the players know that first when they see a youngster come into the group. He is living the dream at the moment.

“The importance of seeing youngsters come through the academy is inspiring to others. He has had the perfect development going into this level.”