MANCHESTER UNITED are back at the top of the Premier League… and it took a wondergoal to settle it.

Paul Pogba stepped up to slam a terrific left-footed effort into the far corner to hand the visitors all three points. 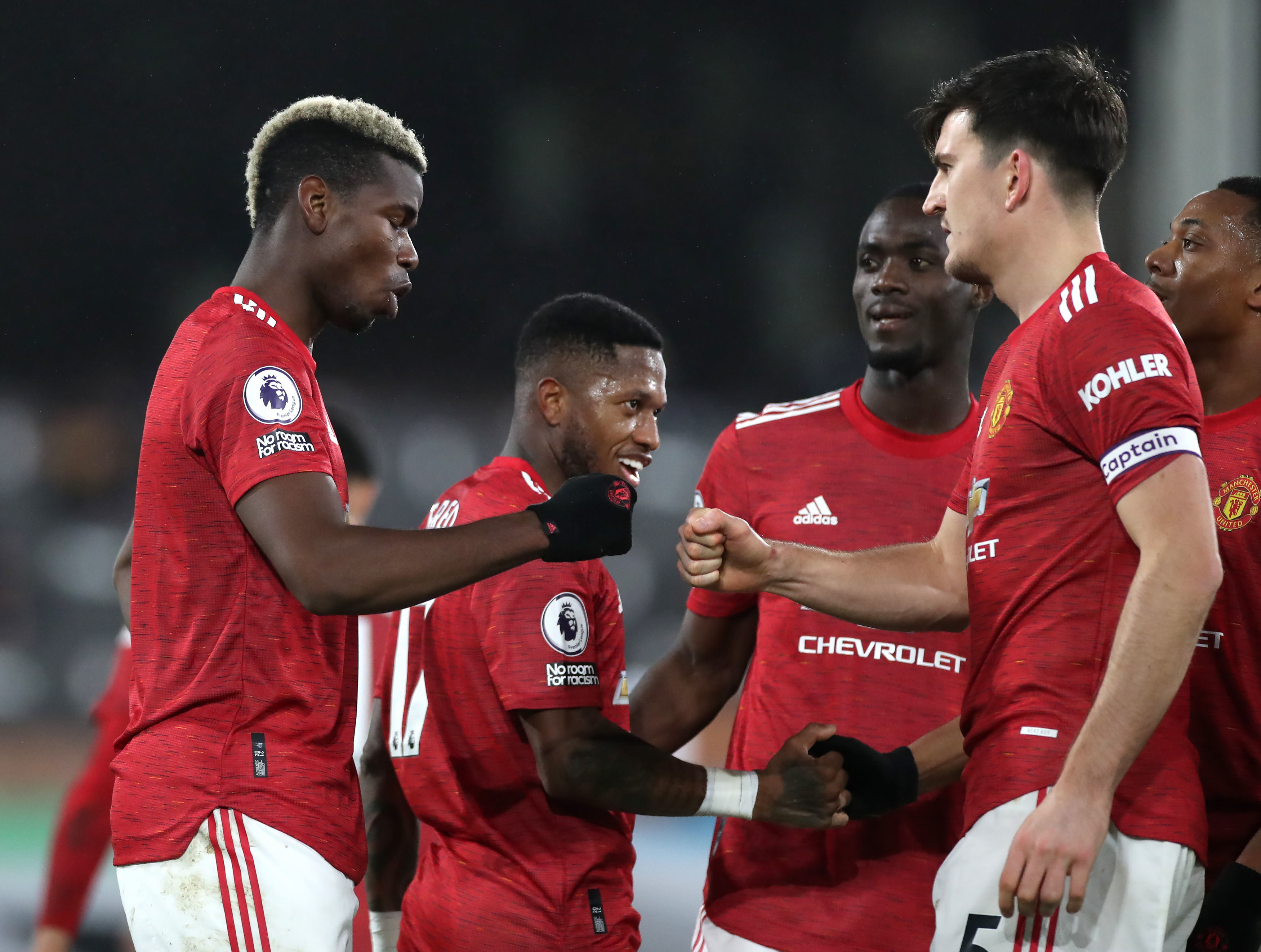 It was a disastrous start for United when Ademola Lookman drilled home a brilliant opener.

Edinson Cavani then responded when he pounced on an error by goalkeeper Aphonse Areola.

But it was the much-criticised Pogba who ensured his side grinded out a crucial three points in the title race.

Had no chance with the opening goal and had little to do afterwards.

He dealt with the shots that came at him, including a really good one with his feet with 15 minutes to go.

Had a nightmare in the first half. Played Lookman onside for Fulham’s opener and was out of position numerous times.

Improved in the second as Fulham sat back and United dominated the ball. Made a great late block to snuff out a attack.

Certainly looks more solid alongside Eric Bailly – their partnership is starting to blossom.

Could have scored with a header from a corner and would have certainly expected him to do better.

Some slack defending allowed Ruben Loftus-Cheek with a chance to equalise.

Lookman caused him some trouble in the first period but he grew into the contest.

Dominant performance in the second half, barely giving Fulham a sniff.

Probably one of United’s most in-form players at present but Ruben Loftus-Cheek gave him a tough night.

Looked to get forward as much as possible and had the fitness levels to get back. Decision making could have been better at times. 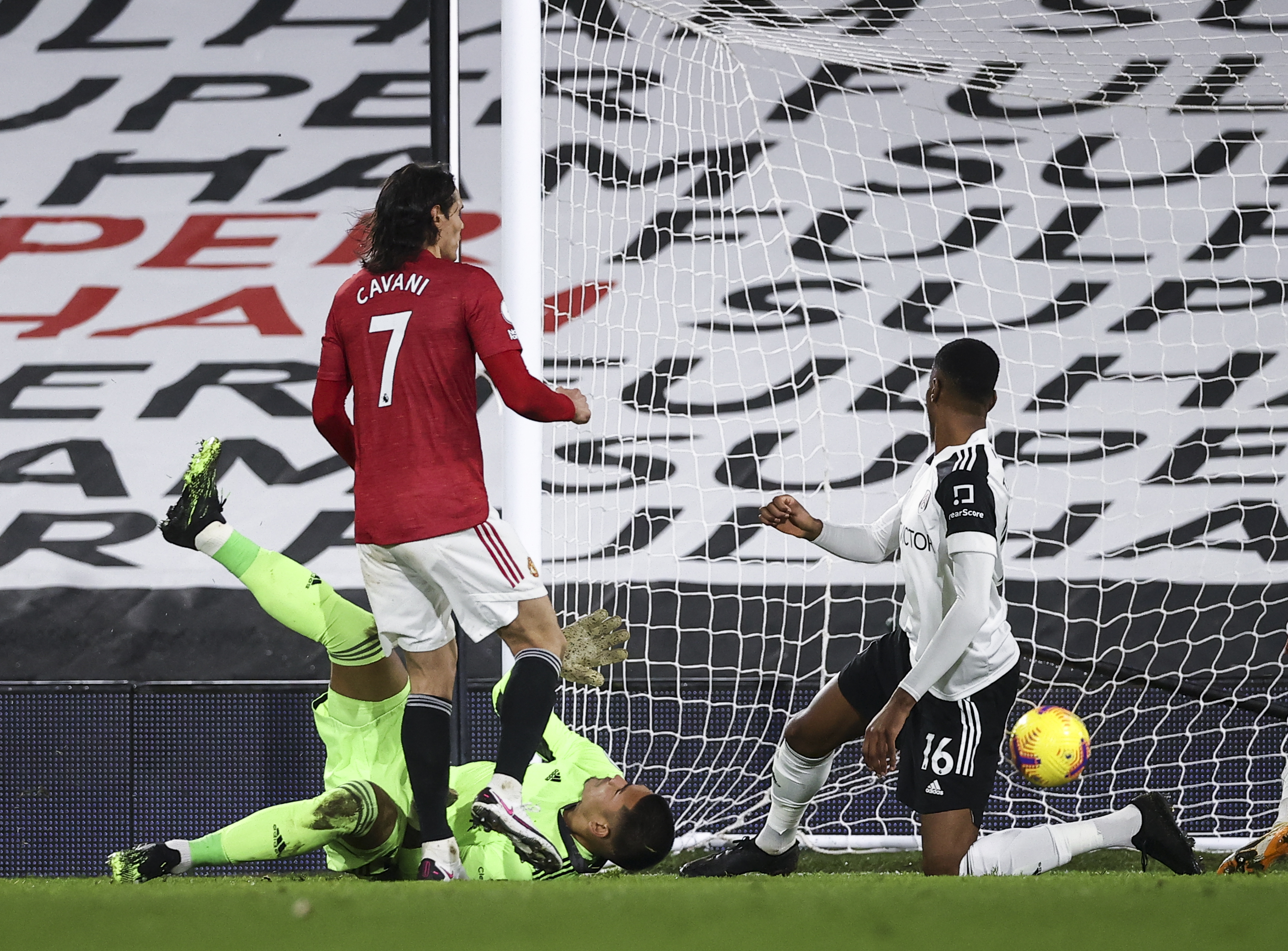 Scored an absolutely stunning goal with his left peg – just when the game needed a moment of magic. And how crucial could that be at the end of the season?

Before that he was having a mixed evening but constantly showed fight and desire to win the ball back.

Played his part in the opening goal with a great interchange with Fernandes.

Impressive with his energy in midfield making sure United would win the ball back quickly.

Was barely involved in first 20 minutes but sprung to life all of a sudden. Crashed the post and assisted Cavani just seconds later.

Saw a great effort saved by the keeper and was at the heart of United’s attacks yet again. Just needed a goal to round off his performance.

Not a good night for Martial out on the left. Nothing he did seemed to come off and scuffed a couple of half chances. 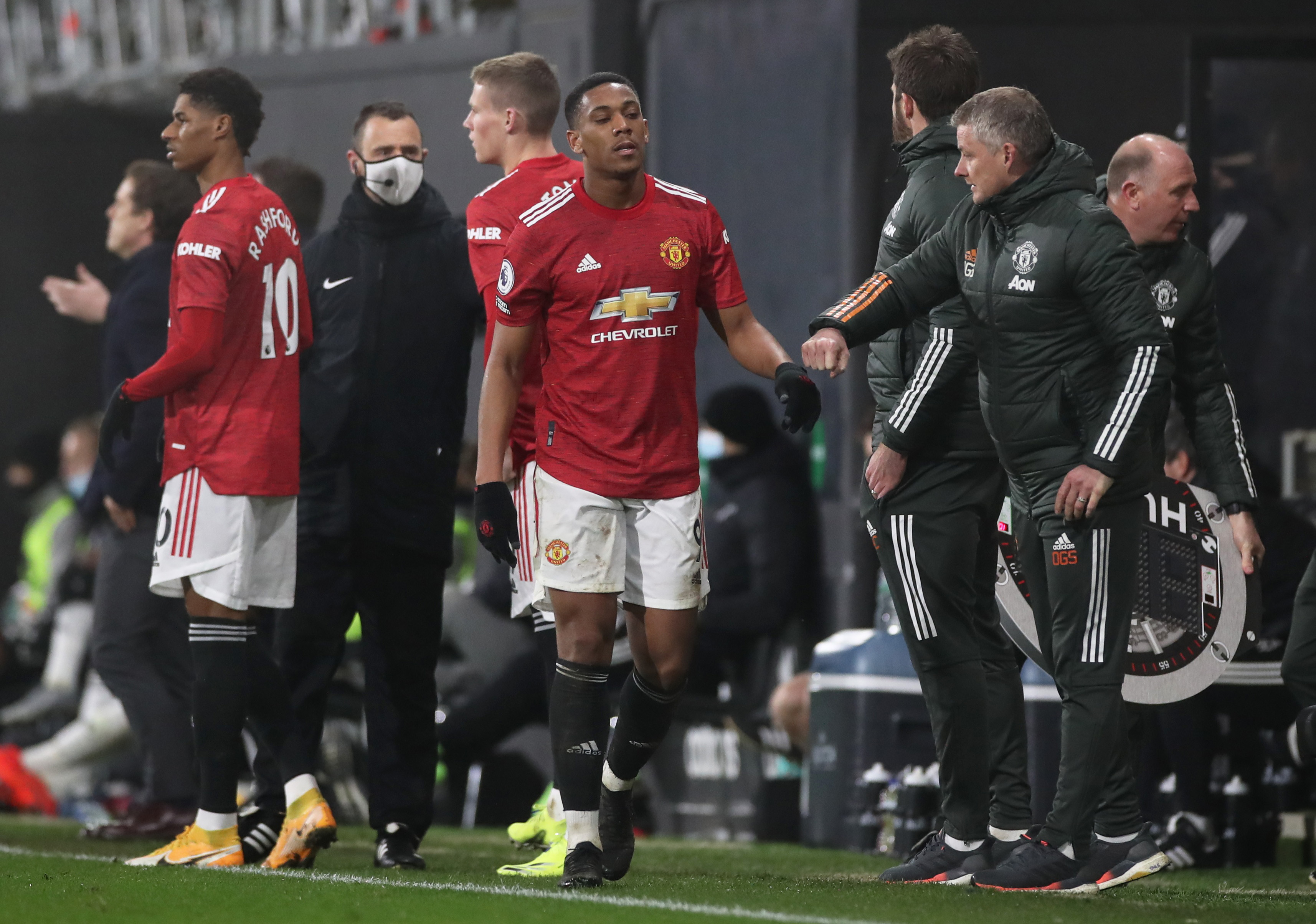 Anthony Martial had an evening to forgetCredit: Reuters

Quiet first half, barely had an impact on the contest and struggled to link up with Wan-Bissaka down the right.

Didn’t get much better in the second and needs to improve to earn a regular spot.

Did what he has done throughout his career… popping up in the right place at the right time to fire United level.

Was denied a second by a brilliant save by Areola. His work rate was terrific and he deserves the plaudits.