EDEN HAZARD and Real Madrid got a weight off their mind as he bagged his first goal since October in a vital victory – despite manager Zinedine Zidane’s absence.

Under-fire Hazard struck for only the second time this season as Karim Benzema’s double helped Real cut the lead on LaLiga leaders Atletico Madrid to four points, albeit having played twice more. 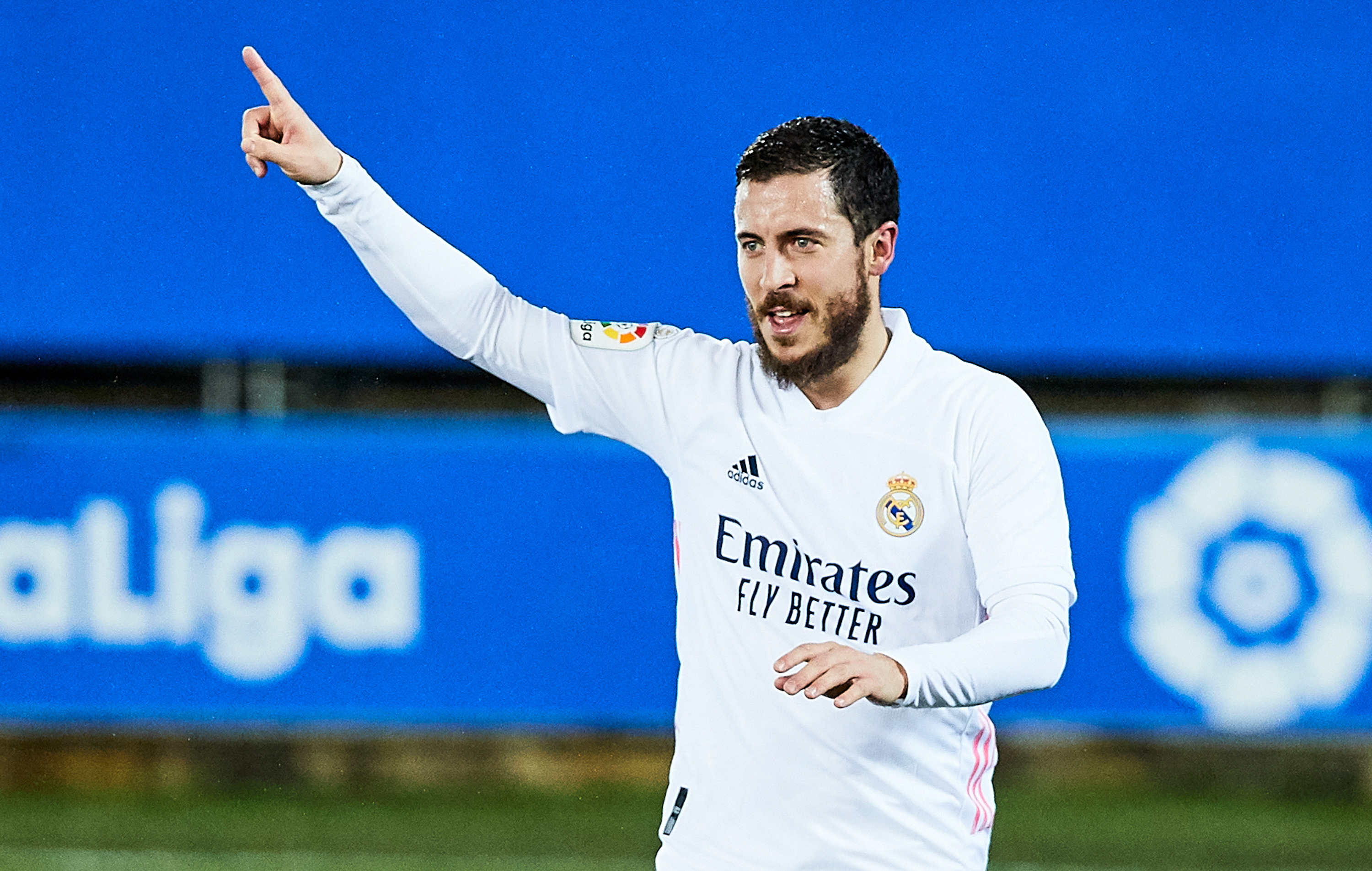 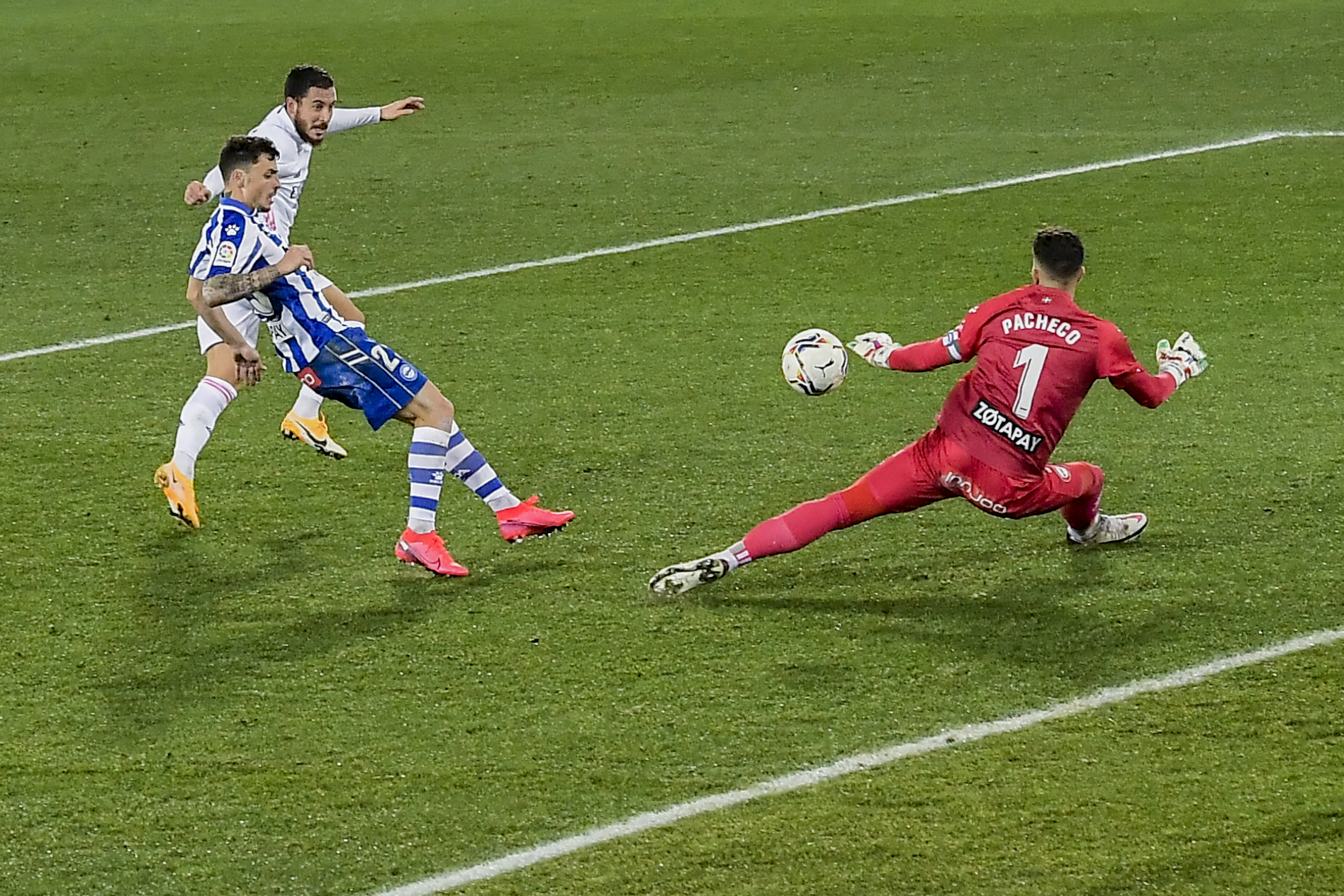 Eden Hazard watches only his second goal this term as he doubles Real Madrid’s lead in a 4-1 LaLiga winCredit: AP:Associated Press

And having earlier curled a shot wide, Hazard made it three with a delicate finish past Alaves keeper Fernando Pacheco just before the break.

Joselu flashed a superb header beyond Real No1 Thibaut Courtois to give the lowly home side hope.

But Benzema safeguarded only Real’s second triumph in six matches, cutting in from the left with 20 minutes remaining to thump home.

And Benzema insisted: “This was a great performance from us and will lift our confidence

“We know every game is difficult, we always try to put in our best performance but sometimes it’s hard when teams defend deep.

“But today the goals kept flowing and that’s good for everyone, especially after the week we’ve had.”

Nonetheless, Atletico can restore their seven-point advantage over second-placed Real with a home win over mid-table Valencia on Sunday.