ROBERTO MARTINEZ concedes he does not know if Eden Hazard will be fit for Belgium’s Euro 2020 glory bid this summer.

The Real Madrid attacker, 30, suffered a muscle injury last week – his eighth major fitness issue since moving to the Spanish giants in an £89m move from Chelsea in 2019. 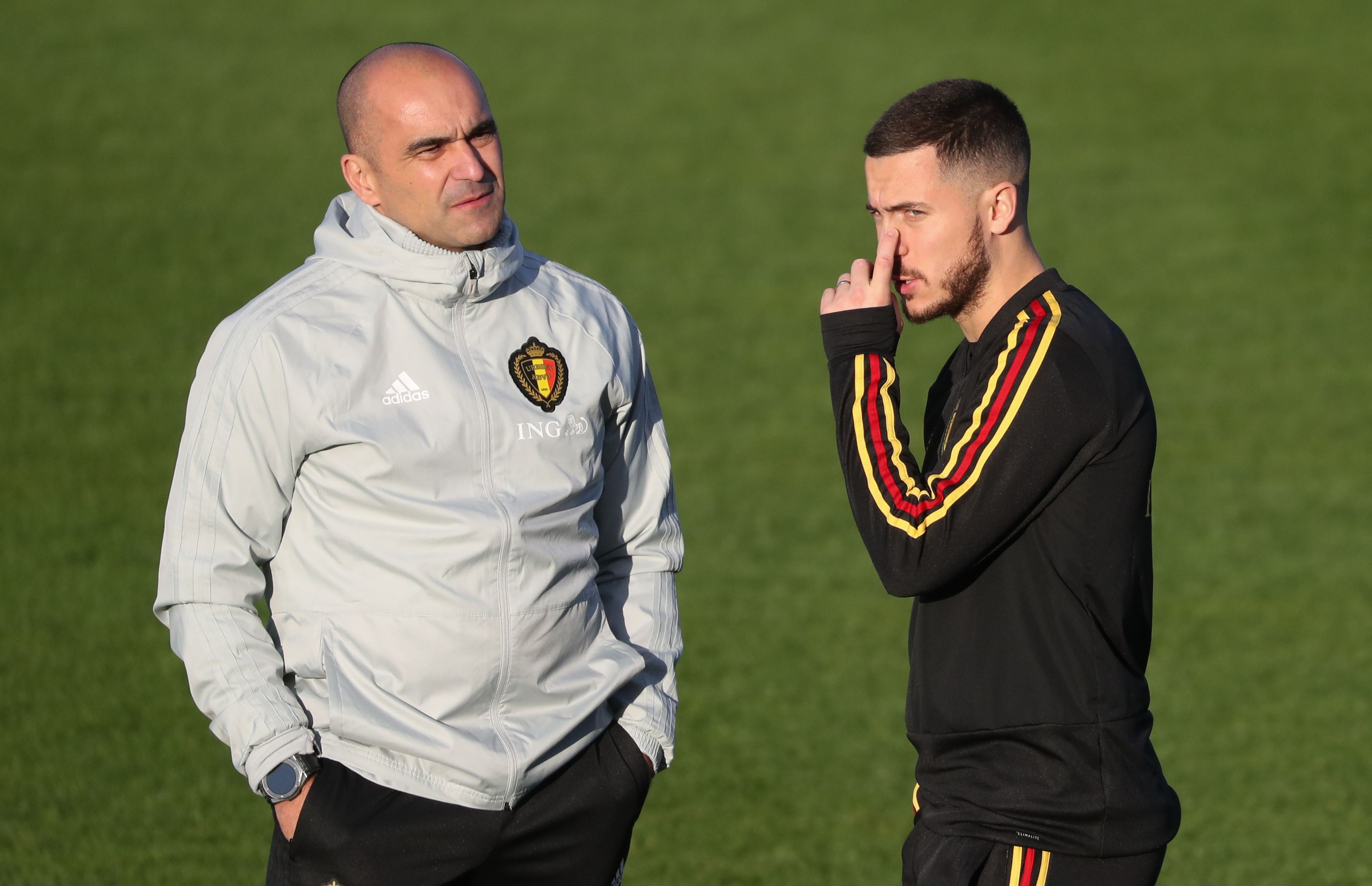 Roberto Martinez has admitted he does not know if Eden Hazard will make the EurosCredit: AFP

Hazard believes his injuries link directly to an ankle problem after he had a metal plate inserted following an operation a year ago.

Hazard will not undergo surgery following medical advice but when asked if the Red Devils’ talisman will be fit for the Euro finals, Belgium boss Martinez said: “There’s still a long way to go.

“Rather than setting a timeline all that matters is to measure every day and to see that Eden is on the right path to get back to full fitness.

“It would be wrong and gambling by anyone to try to imagine if Eden is going to be fully fit or not.

“I feel his situation can be solved a lot earlier than the Euros but only when Eden goes from day to day, we will see the final answer.

“Eden is in good spirits. He has moved quite quickly from the disappointment of not being on the pitch to seeing the next target.

“He has a clear focus of getting himself fit as quickly as he can and it is our responsibility to support him so he can achieve that.

“Knowing Eden and what we are dealing with is a player that has never been injured in his career and this is a real shock and something new and there is a lot of uncertainty around that.

“But in terms of the injury, I feel very positive that we can get to see the best Eden Hazard well before the Euros.”

While national team captain Hazard faces a race against time for the summer finals, he will miss the start of Belgium’s 2022 World Cup qualifying campaign against Wales, Czech Republic and Belarus next week.

And Martinez was forced to deny there was a difference of medical opinion between club and country on how Hazard should recover.

The ex-Everton manager added: “At the beginning it was a case of looking at all the possibilities to find the best way to act into the injury of Eden Hazard.

“One of these situations was to operate and remove the plate that he has in his ankle. That was one option.

“After all the medical advice and experts predicted what is the best outcome, the decision has been to progress with no surgery. The advice is to treat the injury in a conservatory way.

“We are all very clear that it was an initial intention to look for the best solution. There are no split opinions between the club and national team.

“We are working in the same way. There is a very good relationship between the two medical departments at Real Madrid and our Belgium federation.

“We all want the best for Eden Hazard. We feel the process of rehab has already started.”

Romelu Lukaku has been named in Martinez’s 32-man squad for the triple-header, but the Inter Milan forward is expected to miss at least the first two qualifiers following a Covid-19 outbreak at the Italian side.

Martinez added: “It’s not football, it’s normal life. We have the threat of the virus.

“Romelu Lukaku is now in the middle of a group that is isolating and there are some steps and tests that they will have and we will take every day as it comes.

“We don’t look any further than the next few days to see if Romelu Lukaku can join us in the national team.

“We have experienced in the previous camps that a lot of things can change from day to day.

“What matters now is the health and safety of Romelu and his group.

“I don’t think now we can make a decision with the third game being a few days down the line.”

Nintendo need to do better at selling their old games